Tura Checkpoint: Father and child - a hint of normalcy | Machsomwatch
Skip to main content
Back to reports search page

Tura Checkpoint: Father and child - a hint of normalcy 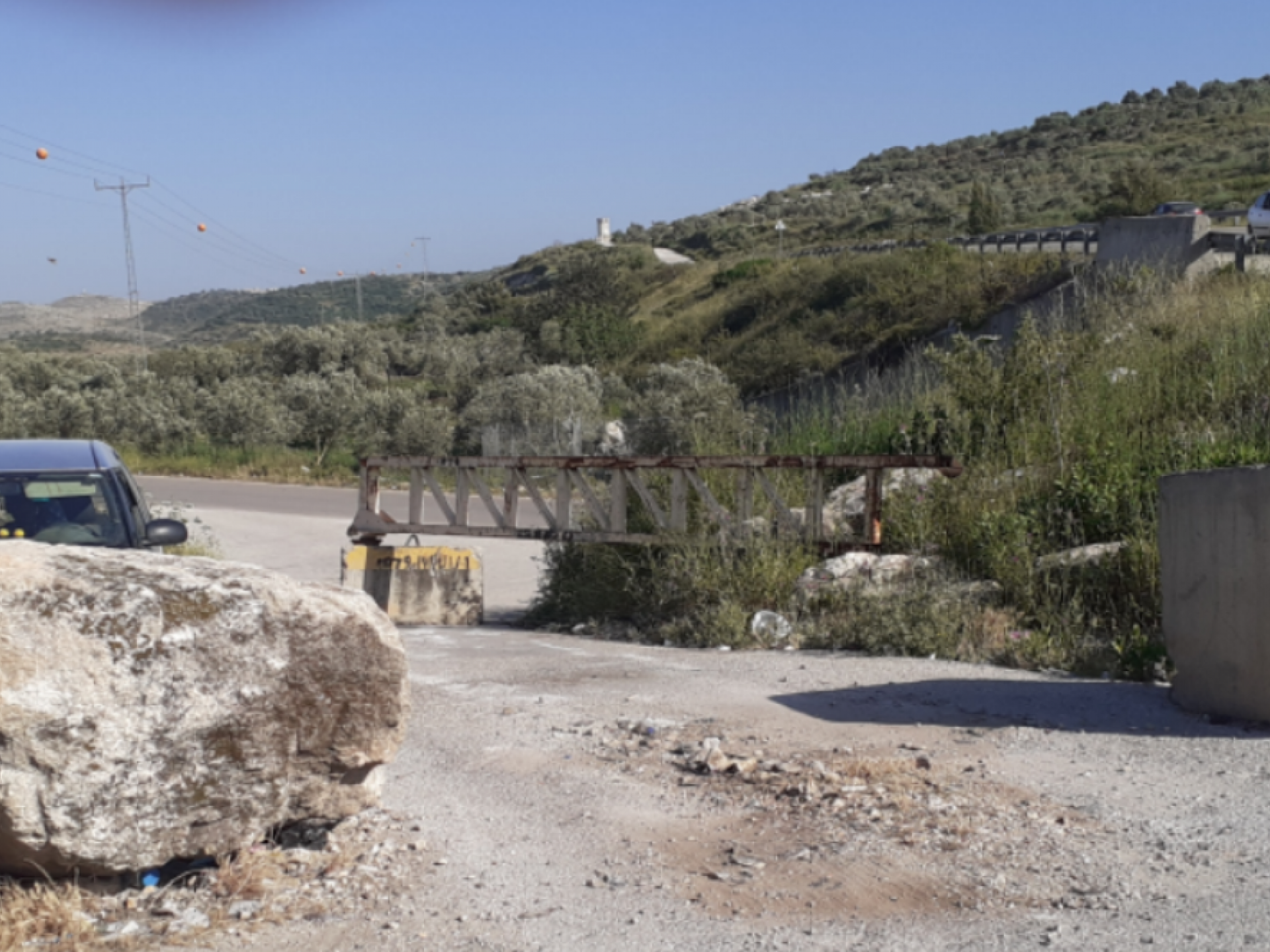 At a distance of one kilometer from the Barta'a checkpoint, the road to Tulkarm and Zabda has been blocked in recent years. Someone moved the concrete blocks and as a result Zabda, again, got very close to the checkpoint

There is little pedestrian and vehicle traffic in the Seamline Zone.  Among those who cross by foot are a father and his baby

son.  The father bends and picks up the child and puts him on his shoulders.  This universal gesture is lovely to see and the handwave and both of their smiles warm the heart.  Apparently, they are headed for nearby Daher-al-Malec and don’t need a ride.  There was no traffic from the Seamline Zone to the West Bank.

We passed by Barta’a Checkpoint on the road going east.  When we passed the bridge opposite Zabde, something looked strange on the eastern side.  The iron gate that is always locked, was open a bit.  We will check into this later.  The gate that blocks the shortcut from Amricha to Ya’bed is locked, as usual.

There is little traffic in both directions.  Most Israeli flags and those of the local Shomron council that decorated the area in honor of Independence Day, were removed, while of course, those in the heart of the Palestine area, next to Ya’bed-Dotan, remained.

On the way back to Barta’a Checkpoint, we stop on the side of the bridge. Wonder of wonders, the eastern iron gate, in the direction of Zabde, was open and the cement blocks were moved.  One car parked behind the concrete block.  Although we wondered if there was enough room for a car to pass though, one car passed and after it, several more.

A man who stands next to the western gate, that is still locked, approaches us.  He is a Hebrew-speaker and tells us that a few days ago, they blocked the way from farthest edge of the Palestinian parking lot at Barta’a, to the direction of Zabde.  Residents of Zabde had to travel on a long detour road and therefore, by themselves, they opened the gate and moved the cement blocks that blocked their way. He, himself, is a resident of Zabde, and is married to an Israeli citizen from Western Barta’a.  His daughter is also an Israeli citizen and is married to a resident of Zabde and lives there.  When she gave birth to his granddaughter, she did so in Hillel-Yafa hospital in Hadera.  His granddaughter then had the right to a blue identity card, but the birth cost the family ₪1200  (!).  We didn’t know what kind of insurance coverage an Israeli married to a Palestinian and living in his village has.

The parking lots keeps emptying.  The stream of workers returning from work is thin at this hour.  Drivers stand next to the transfer shed and yell, “Jenin, Jenin.”  It is Ramadan, so there no boys selling coffee, and no one is selling treats.  On our way back to the car, a young person stops us and in a mixture of English and Hebrew, and with the aid of Google translate, he tells us that although he is a resident of East Barta’a, they won’t allow him to pass through there. The man says that six days ago, he tried to cross in his car with people who do not have permission (he has permission to cross).  Since then, they won’t let him cross.  He is a single man and at home, his father, who is 75 years old and blind, and his mother who is infirm, are waiting for him. He is unable to help them and is even unable to eat the Iftar meal with them.  He is sleeping with friends in Jenin.  We phone Ron, the officer of the checkpoint who as always, answers us very politely. He said he would check into this tomorrow and that we should phone tomorrow.

17:30 – Exactly as we left for home, Ron called and said he is not able to help the man right now, but the man should go to the representative of the Liaison and Coordination Administration at the checkpoint in the morning.  We sent our thanks but, in the meantime, we don’t know what the results were.