Qalandiya – Raed has a green ID thus defined as a Palestinian resident, his wife has a blue ID and is defined as a Jerusalem resident | Machsomwatch
Skip to main content
Back to reports search page

Qalandiya – Raed has a green ID thus defined as a Palestinian resident, his wife has a blue ID and is defined as a Jerusalem resident

I sat with Raed in the shade of the wall, called the “Separation Wall”, which is in fact the apartheid wall.

Raed is no longer a child, nor a boy. Raed is an adult, married, with four children to feed. But the laws of the ruling power, Raed is illegal in his own home, estranged from his family because of the ‘Citizenship Law’ which in fact is a law meant to break families and ruin the lives of numberless people.

Raed, born and raised in Palestine, has a green ID, while his wife, born and raised in East Jerusalem, has a blue ID. He is defined as a Palestinian resident, whereas she is a Jerusalem resident. In spite of the few kilometers separating here from there, from the point of view of human rights they are light years apart.

The mere existence of the citizenship law and its harsh enforcement emphasizes the apartheid which Israel has instated between the Mediterranean Sea and the Jordan River on the basis of the religion and origin of its residents: the rights generously granted whoever was born to a Jewish or perhaps Jewish mother (according to the Law of Return) in any country in the world, are denied the residents of this very country who were born to mothers of a different religion.

Throughout the years of his marriage, Raed would often sneak into Israel to be with his family and to work and feed them. He worked in construction and even now he knows many contractors who wish to employ him and just wait for him to come.

51 times he has been caught, 51 times sentenced and imprisoned.

All in all, Raed has spent 11 years in jail.

In between, as a prisoner he learned Hebrew, speaking, reading and writing. When his studies were over he became a T.A. and after years, a teacher himself.

His times out of prison have always been hanging on a limb. Until the next time he would be caught.

Raed, who learned not only Hebrew but lessons on human rights and the law, knows the written words: “Men over the age of 35, residing in the West Bank, and women over 25 residing in the West bank, may be issued permits to be in Israel in order to avoid separating them from their spouses who are in Israel legally. This exception is pending the security officials’ evaluation according to which people of these ages are relatively not dangerous”.

He, who has never posed a security risk, already answers the age and civil status criteria, and has invested very large sums of money hiring an attorney to help him change his legal status. He has made an official request to be issued a work permit as a mason. Until then, he works with two of his children as vendors on the Palestinian side of the Qalandiya checkpoint.

True, Raed is a private person, but he is no exception. Rather, he represents thousands of persons trying every way they can to survive in a chaotic reality that limits and blocks them. 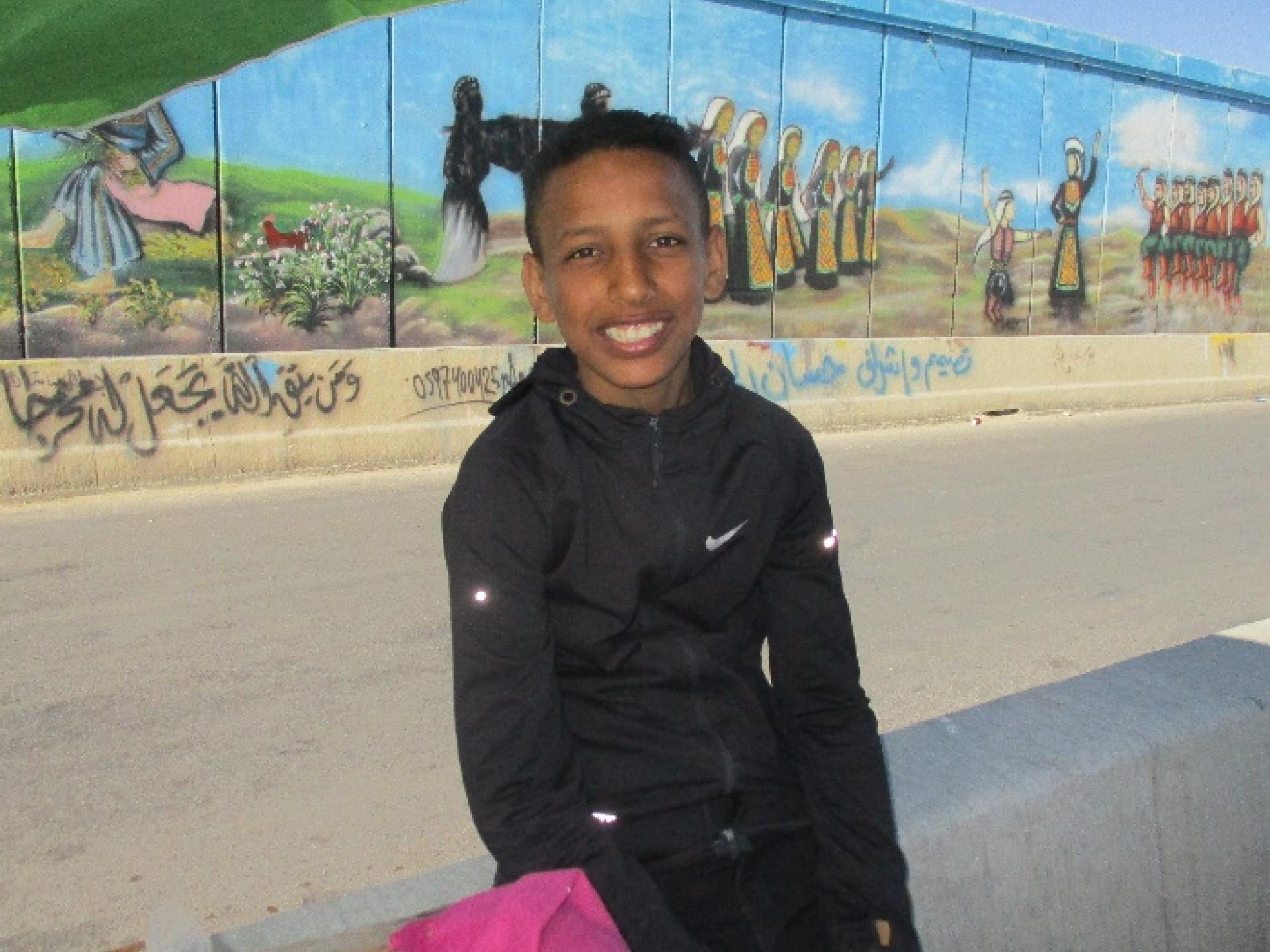 One of Raed's two children who works with him in peddling 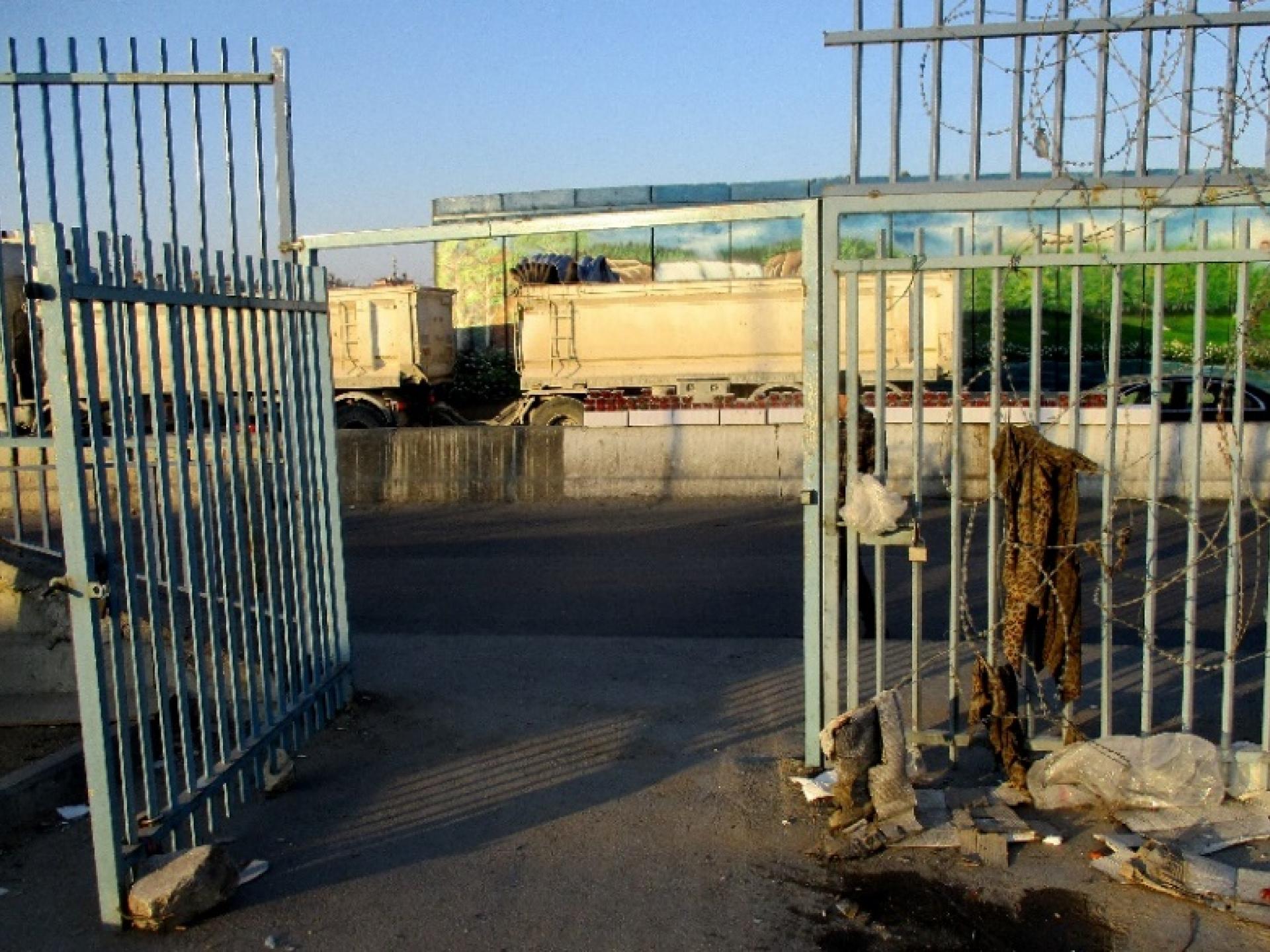