Can you imagine – 40 degrees and no shelter, no refrigeration, and now not even electricity? | Machsomwatch
Skip to main content
Back to reports search page

Can you imagine – 40 degrees and no shelter, no refrigeration, and now not even electricity? 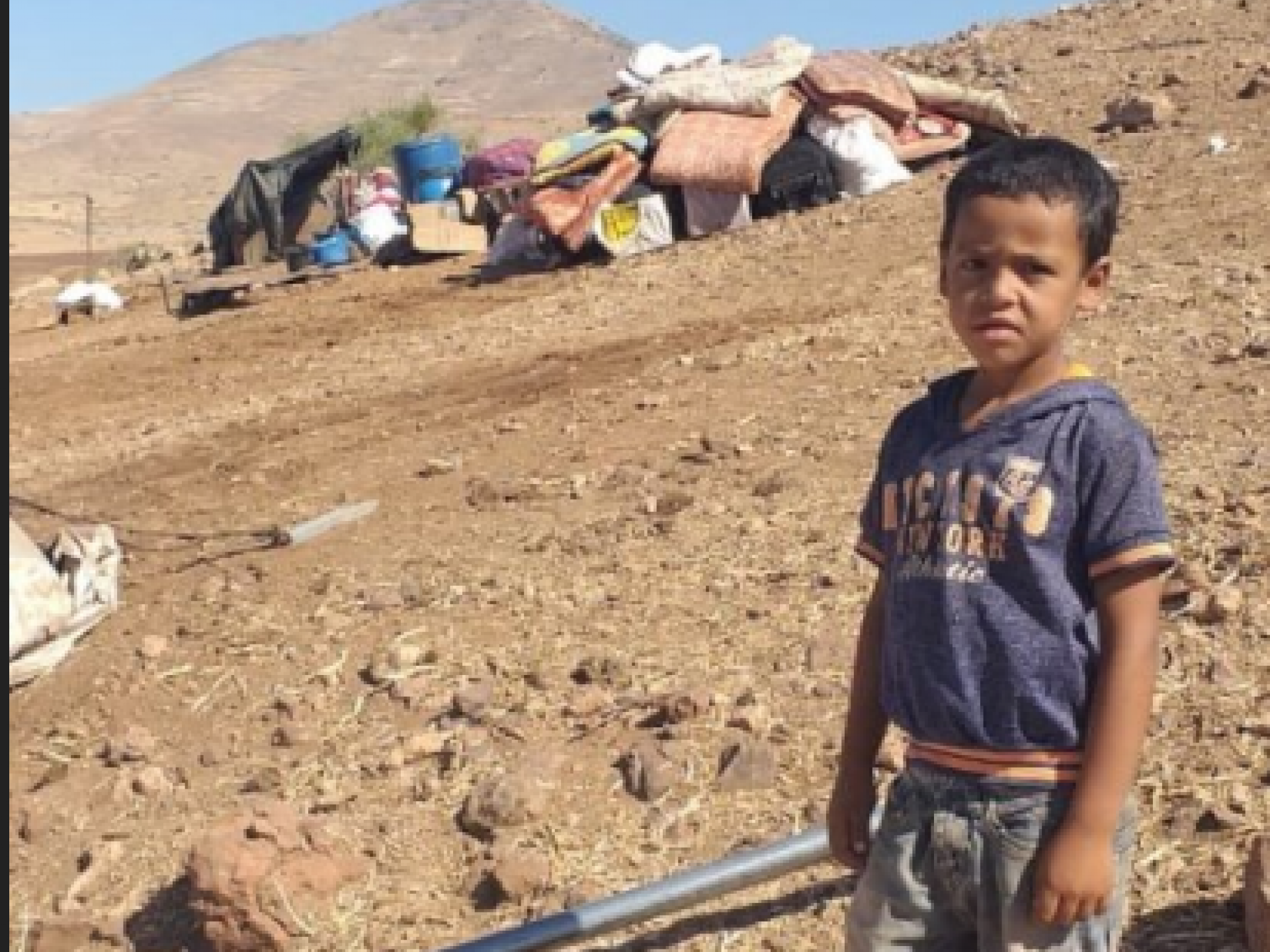 This boy, when he will grow up- he certainly won't like us 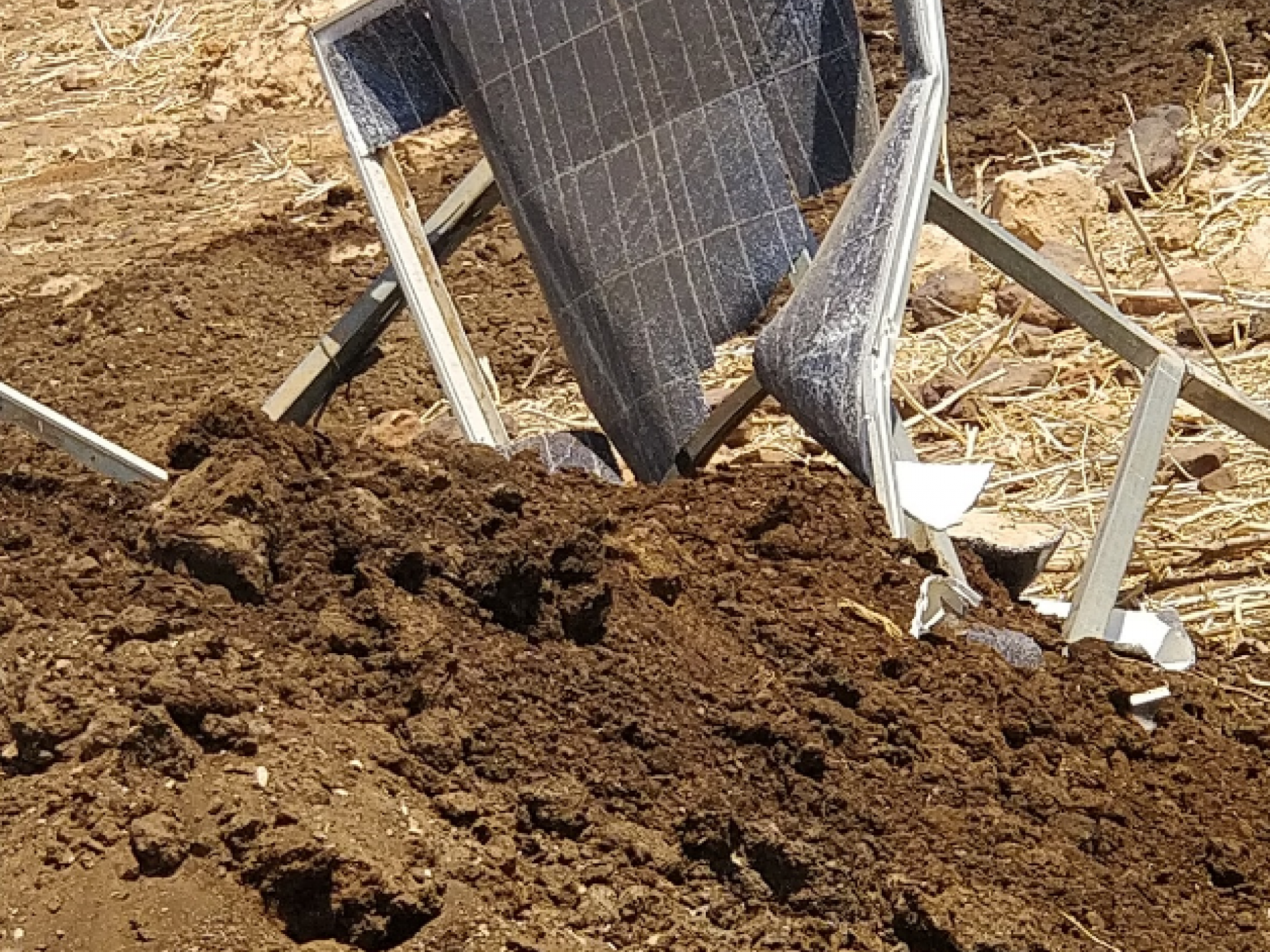 The solar panels are shattered 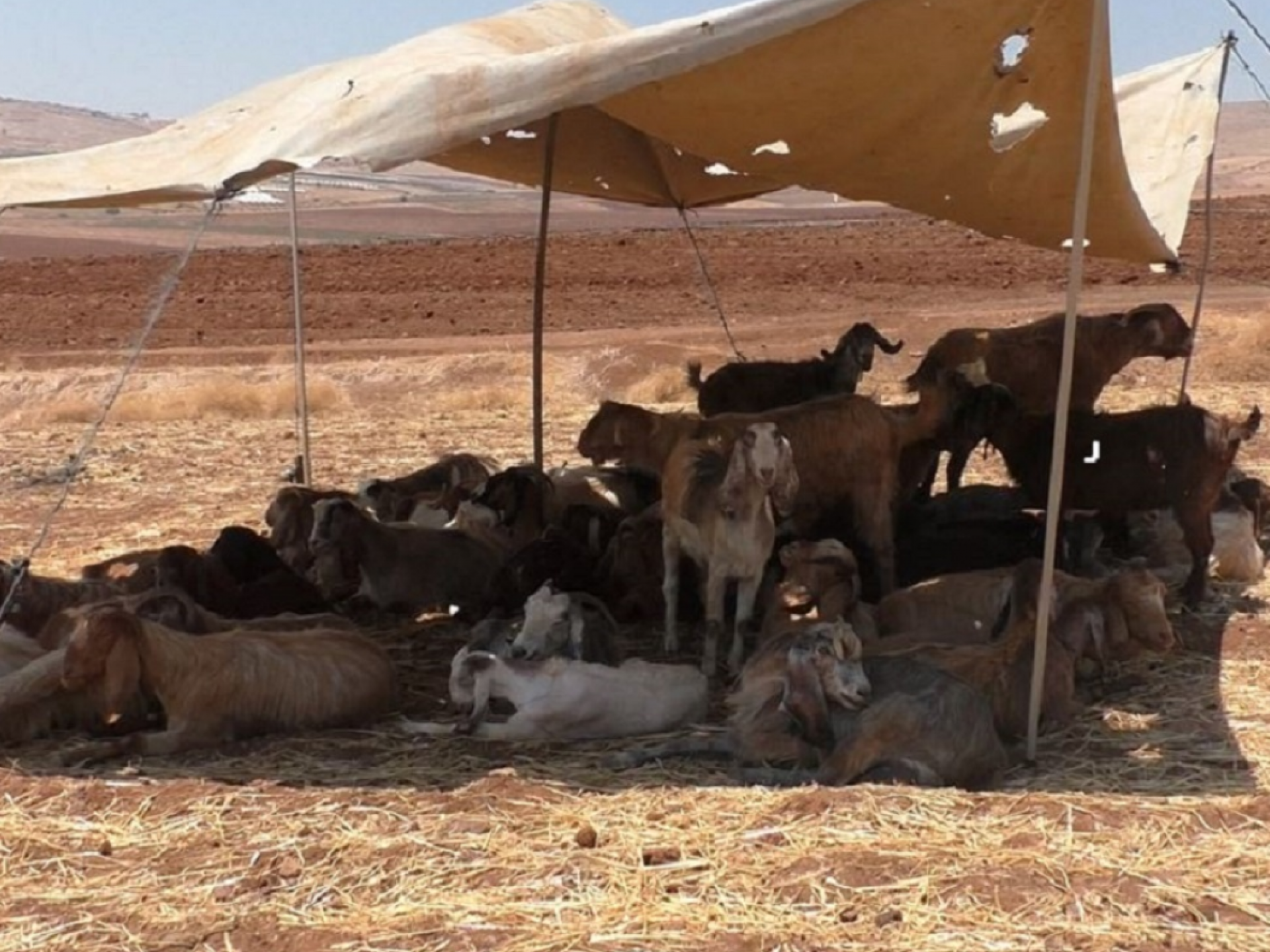 The goats in the shade 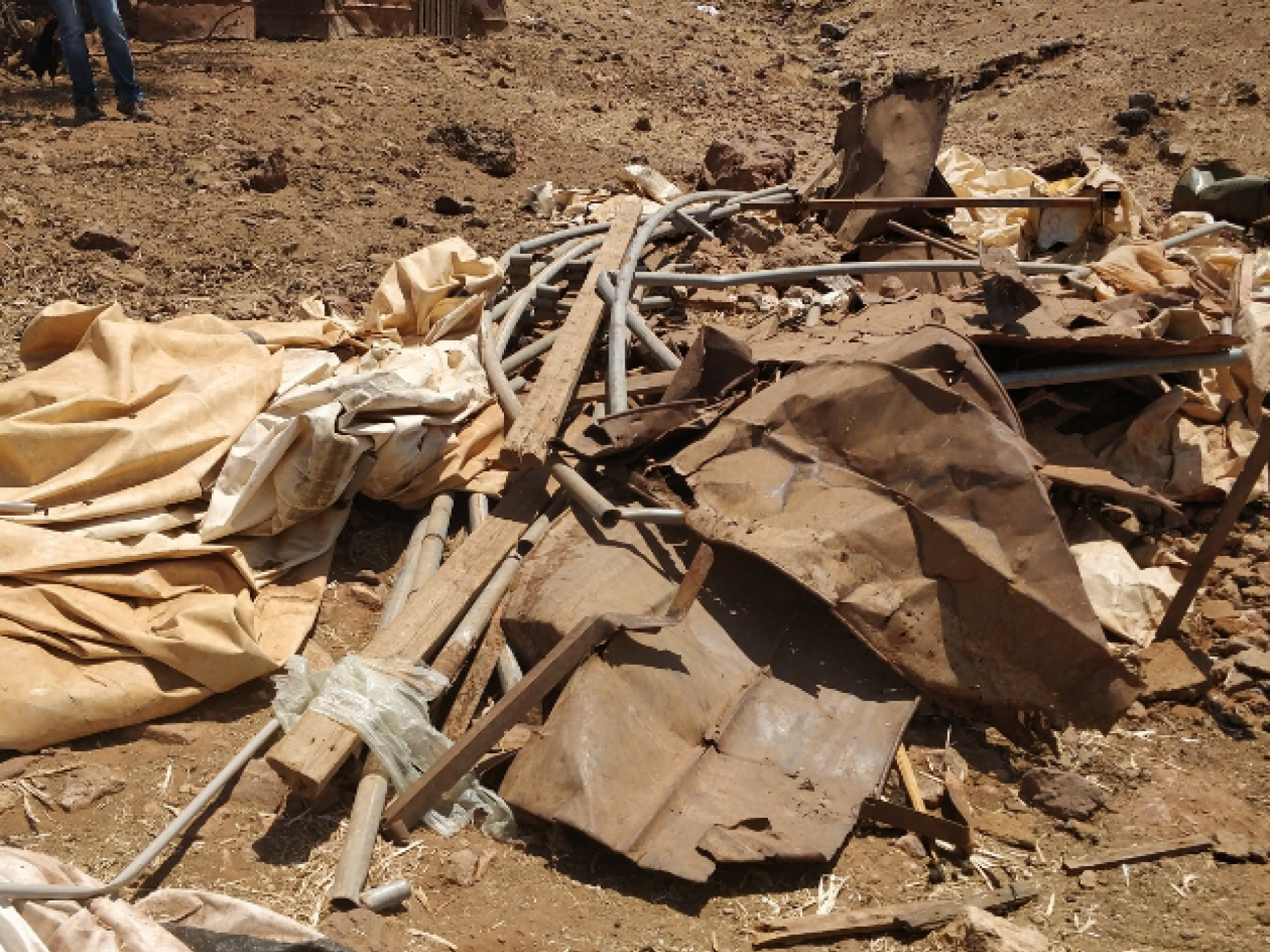 On Monday, July 29, 2019, the army came to Ras Al Ahmar and confiscated 3 tents belonging a young man of the Aude family. It then continued to the next encampment and confiscated a tent that served as a kitchen and metal rods that were lying around, perhaps to be used for building a new goat pen – but here one does not even need to commit a felony. It’s enough that one intends to build, for the material to be destroyed and confiscated. The army even smashed the family’s only solar panel.

It’s 40 degrees centigrade in the shade, no kitchen, no electricity, and the family has only 70 goats hiding under some fabric because there is no shade either…

About a month and a half ago the same family – 10 persons in all – had lost everything it owned in an army demolition: tents, the goat pen and the refrigerator. They have been spending 20 hot days in June, exposed to the sun. A mentally disabled man, a woman, and 8 children, the youngest among them 6 years old – until a tent was donated for them. Can you imagine – 40 degrees and no shelter, no refrigeration, and now not even electricity?

Is there no limit to the cruelty of occupation?

2 Palestinian workers photographed the confiscation from afar. The soldiers demanded their IDs, took them and took off. It’s an illegal act – where are these people ever going to retrieve their papers, if at all? I called the DCO and was answered that the army took nothing at all and they know of no such event. I repeatedly called the DCO and received the same answer. Several hours later the two found their IDs near the open Gokhia Gate, about 3 km away. That’s where the soldiers threw the IDs when the DCO began asking questions about the event following my calls.

Further on the road to Khalat Makhoul, a Jewish settler-colonist plows Palestinian privately-owned land (see picture) in order to tend it. Thus, without limits, Israelis take over Palestinian lands and the indigenous owners are gradually pushed off. The landowner has turned to the Palestinian DCO and intends to fight for it. He has the necessary owner’s claim documents. Will they help him?