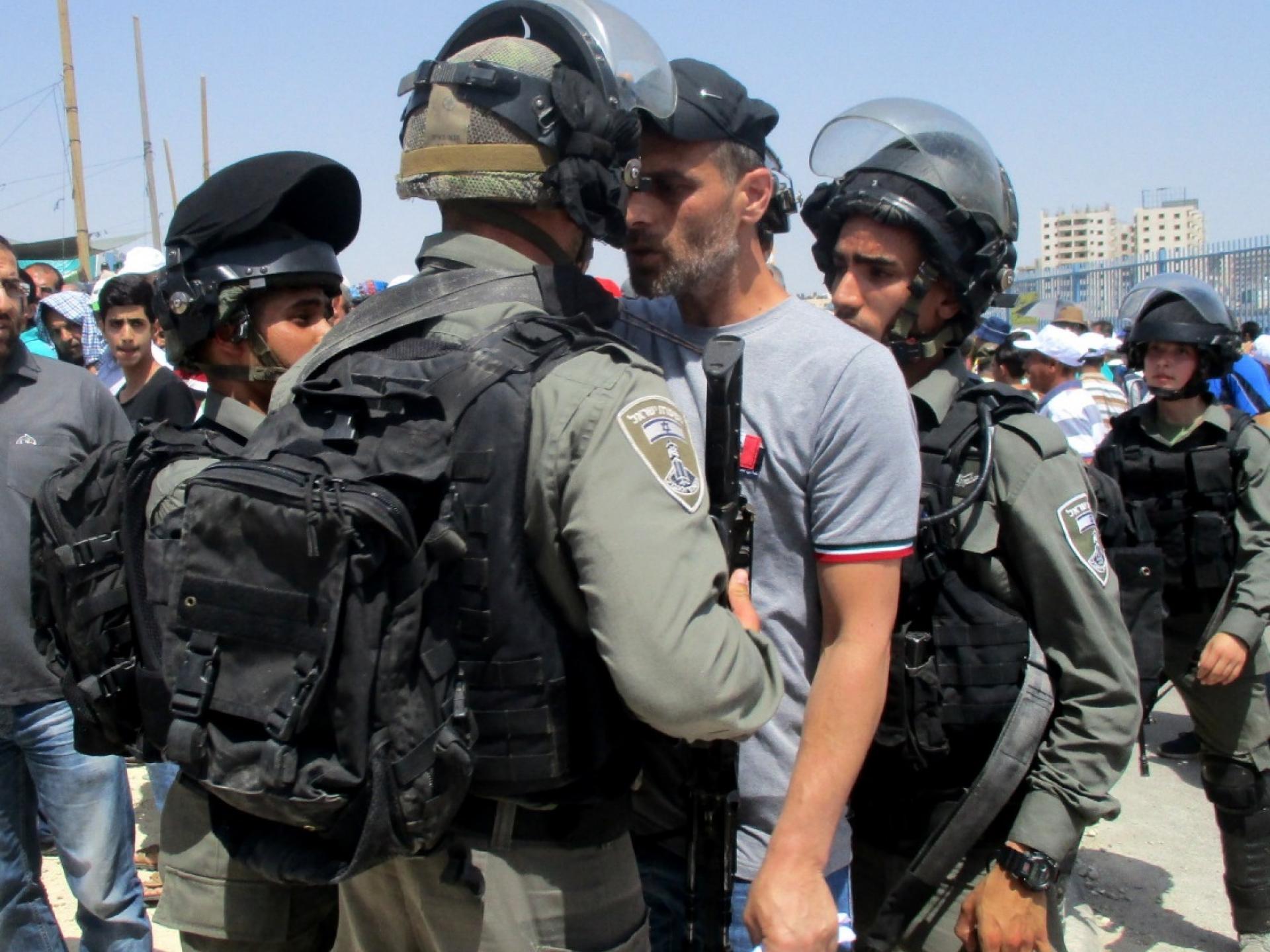 I like people who stand up in Palestine, whose proud spirit - even after years without a single day of freedom – gives off sparks of hope.

I like people who persist in remaining upright in Palestine even against all odds, people who do not recoil nor give up in nmkmview of force and lethal weapons pointed at them.

I like the man who ground his teeth, braced his jaws and stood up to the many armed men who jumped him, insulted him, pushed and hit him.

When they left, I approached him and expressed my appreciation.

This man is a hero that should be a model.

What else was there? Pushing, shoving, crowding, violence and arrests.

The armed men of the “security forces” (whose security??) yelled into their megaphones and pushed and shoved with their hands and rifle butts.

It was so crowded that fathers lifted their kids and carried them on their shoulders so they could breathe.

It was so crowded that one person’s face was stuck in the back of the person in front of him.

It was so crowded that an elderly man who was pushed and crushed collapsed and lost consciousness. Falling, he hurt his back and lay on the track in a pool of his own blood.

It was so crowded that old and young men and boys were crowded into the same tracks, for the gate that in previous weeks was declared “humanitarian” and meant for people over 55-years of age was locked.

Last but not least:

“Lady, I don’t write the orders. I only do as I’m told”, told me a Border Policewoman who chased away a disabled elderly man who arrived at the women’s side, and instructed him to go over to the men’s side, hundreds of meters away – when I said, look at him. Every step is torture for him. Why do you send him away?