I met Nurit at 8 a.m. at the Rosh ha-Ayin train station. We traveled to the road leading to Jewish settler-colony Hemdat (saw an ad recommending Israelis to purchase a plot for building your own dwelling over half a dunam at 150,000 shekels – a pittance in Israeli terms – and were not tempted…). We met Sharon there and switched to her black SUV.

We drove up towards the new settler-colonists’ outpost and on our way approached Palestinian Iham’s tent. She came out to us and again, as happened last week, her body language signaled we were better off remaining outside their tent. Her two little children came out too. She suggested she’d bring chairs and we’d sit outside, a ways from the tent. This seemed strange since Palestinians are always inviting us warmly to enter their tent. We refused politely and gave her everything we had brought with us in the car: lots of good shoes in various sizes, a good winter sweater, children’s clothes and toys. Iham seemed very happy with such gifts, apparently not used to them, unlike our other friends in the Palestinian Jordan Valley who have become accustomed to it. She asked us to bring her a mafrusha. We didn’t quite understand what she meant but the dictionary revealed this was the word for ‘rug’, and she also pointed to the ground and mentioned the Arabic word for ‘scorpion’ (similar to the Hebrew) – I know there’s fear of scorpions crawling on a bare tent ground. We made a mental note of bringing her a rug next time.

We decided to forego our visit with our friends at Khalat Makhoul and drove on to Ras Al Ahmar. The way to Ruwaida’s encampment passes large farm areas belonging to Palestinians where they are now growing spring onions and elongated green peppers. These plots are now very green and look very fresh against the yellow-brown background dominant in the region this time of year. These farmed areas are irrigated by sprinklers and the way to the tent was a bit muddy, and nearly unfit for driving. We thought about winter time, that if this year would be as rainy as the last, we would not be able to reach their tent at Ras Al Ahmar. Ruwaida, the mother of the family, expected us and with her the two daughters – Najia and Raneen. 15-year old Malkeen was at school, and the two youngest – a daughter and a son, were not at school because they were ill.

We have a project with Najia and Raneen, to make their dream come true and have them attend university in Nablus, to study nursing. Thanks to generous donations by Machsomwatch members and Yesh Din volunteers as well as several members of my own family, we have managed to collect a significant sum that will be sufficient to register them in school, pay tuition, and finance dorms and weekly travel from home to Nablus and back. For this – our heart-felt thanks.

Ruwaida always receives us in her impeccably clean tent, and one of the girls always serves us her hand-baked flat bread, olives and a delicious salad. While there we received an urgent phone call from our friend Raia (Machsomwatch spokesperson).  At Yatma village (south of Tapuach-Zaatara Junction) Jewish settler-colonists with Israeli soldiers entered yesterday evening and chased a family from its olive harvest although they were permitted and coordinated to harvest until October 31. Moreover, since the soldiers forced them to leave everything, they took only the olive sacks and left behind ladders, rakes and the sheets they spread under and around the trees. All of this was stolen during the evening and night.

We decided to drive to Yatma immediately. I “put on” my Yesh Din volunteer cap and wrote the testimony we heard as I always do when doing this for the organization. I shall send it in to Yesh Din. We were one again amazed how friendly the Palestinians are even under such circumstances. We met the man near the local council building.

How did know we should be alerted? Apparently Ana Shidlo and her friends visited the Yatma local council not long ago and left them phone numbers in case they needed help with anything. When Mahdi came to the council to complain that his equipment was stolen from his olive grove, the council chairman called Ana, Ana called Raia, and Raia wisely thought that if Nurit and I are already in the Jordan Valley we could immediately pass through Yatma and look into the matter. 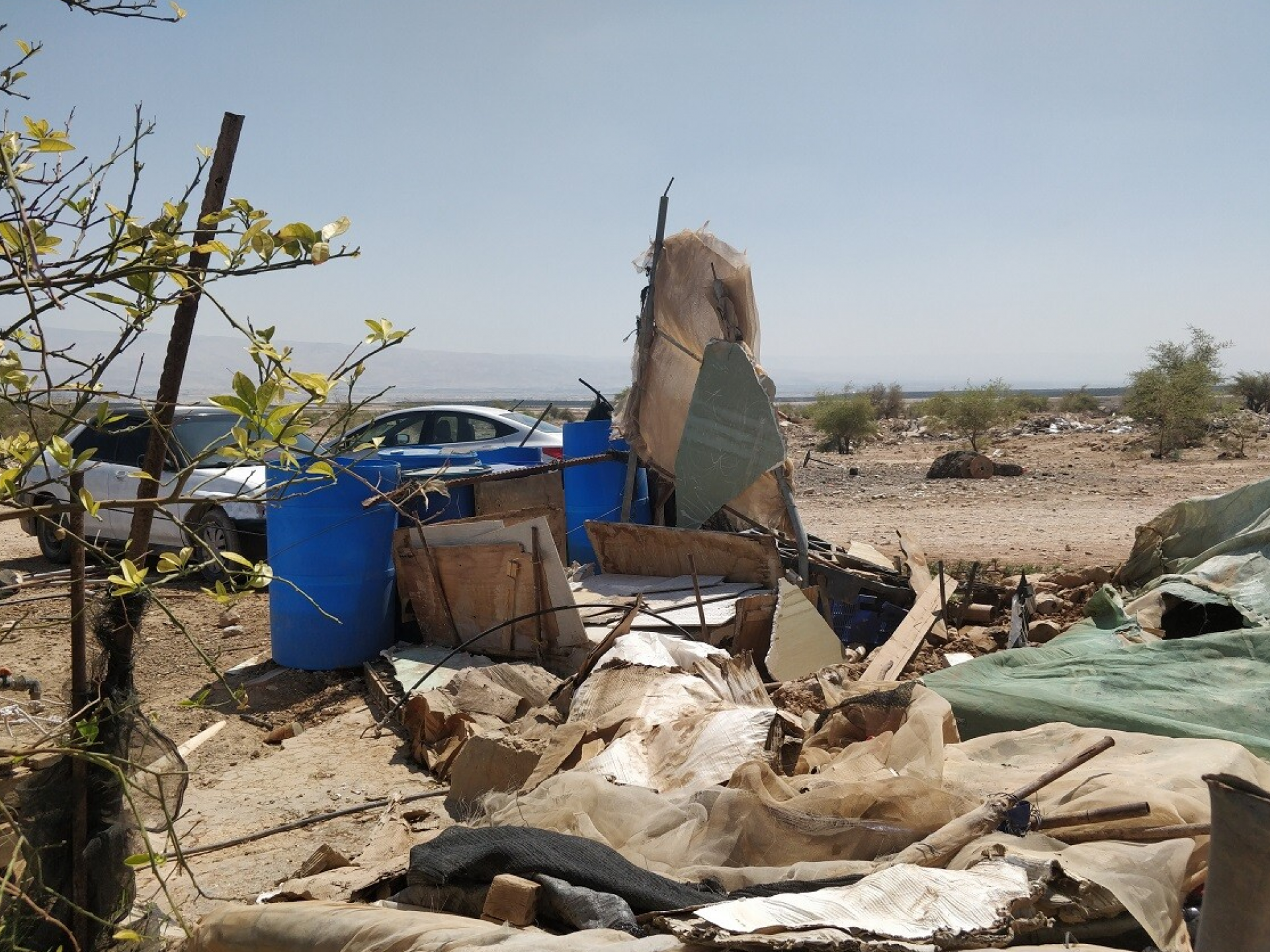 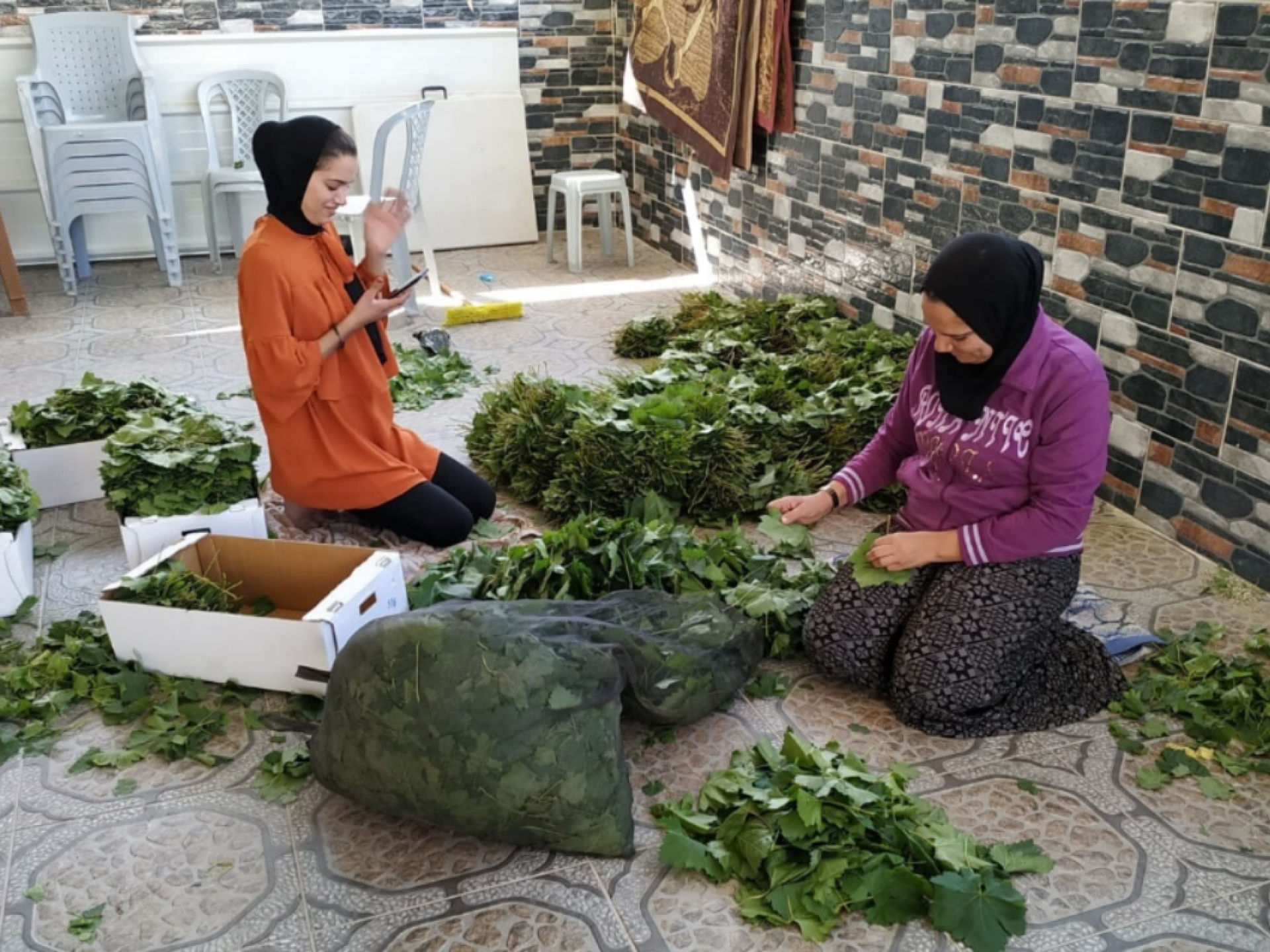