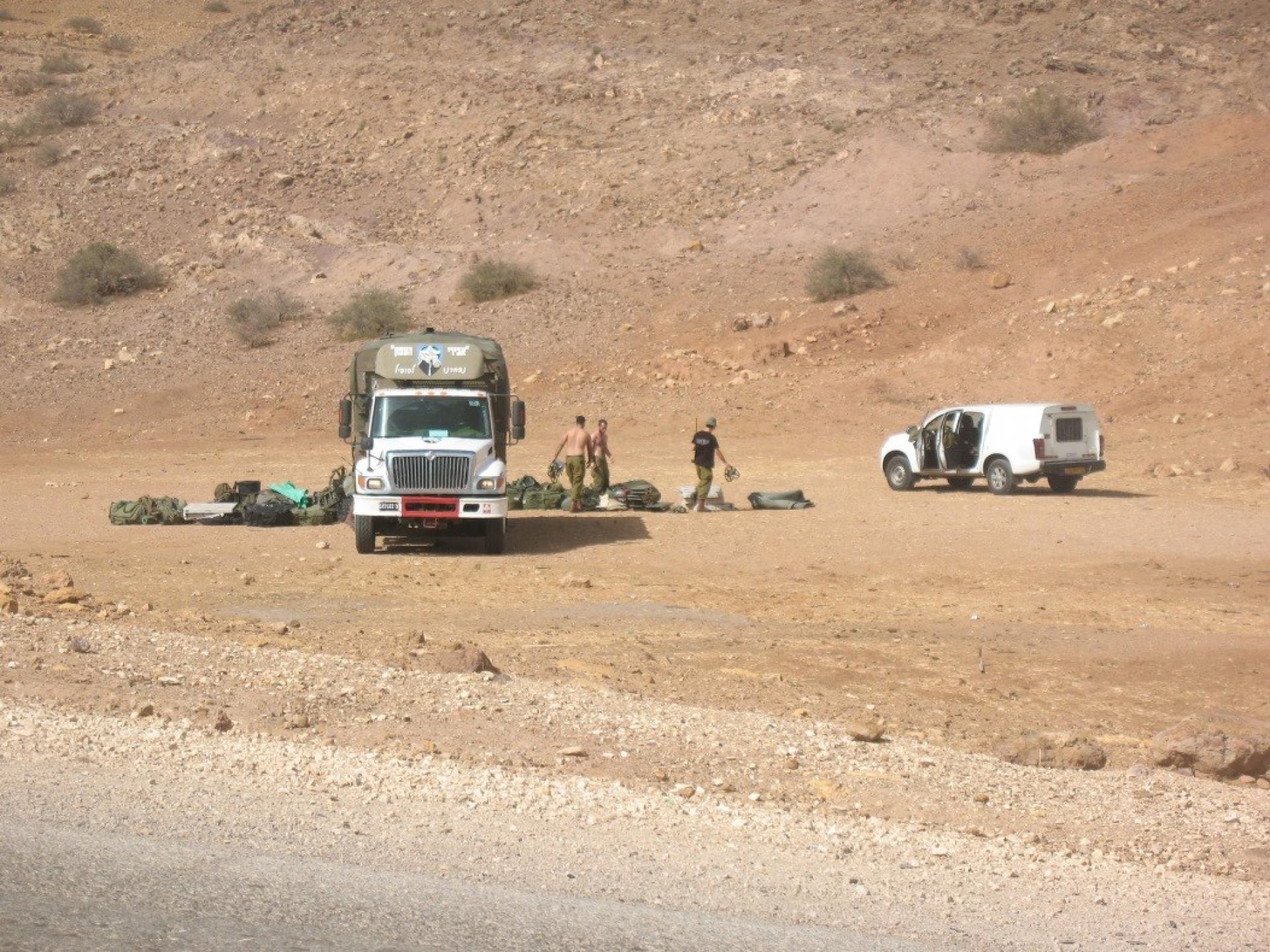 11 a.m. Bezeq Checkpoint – we cross into the Palestinian Jordan Valley.
It’s a gray day and the scenery is as spectacular as ever. The human landscape is sorely missed, diminishing day by day ‘thanks’ to the Israeli occupation.

Bardala/opposite En Al Beda- a group of soldiers next to an army jeep is busy making coffee. On our way back there were more soldiers and vehicles on the spot.

Rotem settler colony: a group of olive harvesters is working among the olive trees on the northern slope, beside the road leading up to the colony. The flag at the entrance to this area leaves no room for doubt who claims the land here. At the “outpost” south of the Rotem settler colony there are no new structures seen this time. We saw a vehicle towing a platform and a settler colonist at work.

The uphill road to Tyassir: opposite Hamam Al Malih soldiers were loading or unloading gear from a truck that carried the sign: “Knights of the North, Chosen to Lead”.

At the firing area, no soldiers in sight, only 3 cows (better this way…).

Tyassir Checkpoint – below the watchtower we see a vendor’s truck, bearing the sign “Beehive”, and a soldier holding a shopping bag. More soldiers came in sight later, on our way back from Al Aqaba. A bus picked them up.

Al Aqaba – we visited the local council house. We did not meet Haj Sami.

Hamra Checkpoint – Soldiers man the watchtower above the junction. Passage is open to vehicles. The shuffle-dozer stands in the compound in its usual place. Near one of the cement blocks, we see 3 soldiers and a mini-tractor. They don’t seem busy with the vehicles driving through.

Khalat Makhoul – this time we sat together with B., his wife and young son. The girls go to school in Tamoun and live there. The older girls are in the university. B. told us about Daphne’s visit with her friends on Saturday, their concern with the demolition orders that might be enforced in the winter, and about the volunteers who accompany the shepherds to the grazing grounds. He told us that the settler colonist (near Umm Zuka) has cleared a plot of land owned by Palestinians, in an area that used to be grazed by them.

Bezeq Checkpoint – 13:40. We crossed into Israel. Not before assuring the soldiers that we’re fine… 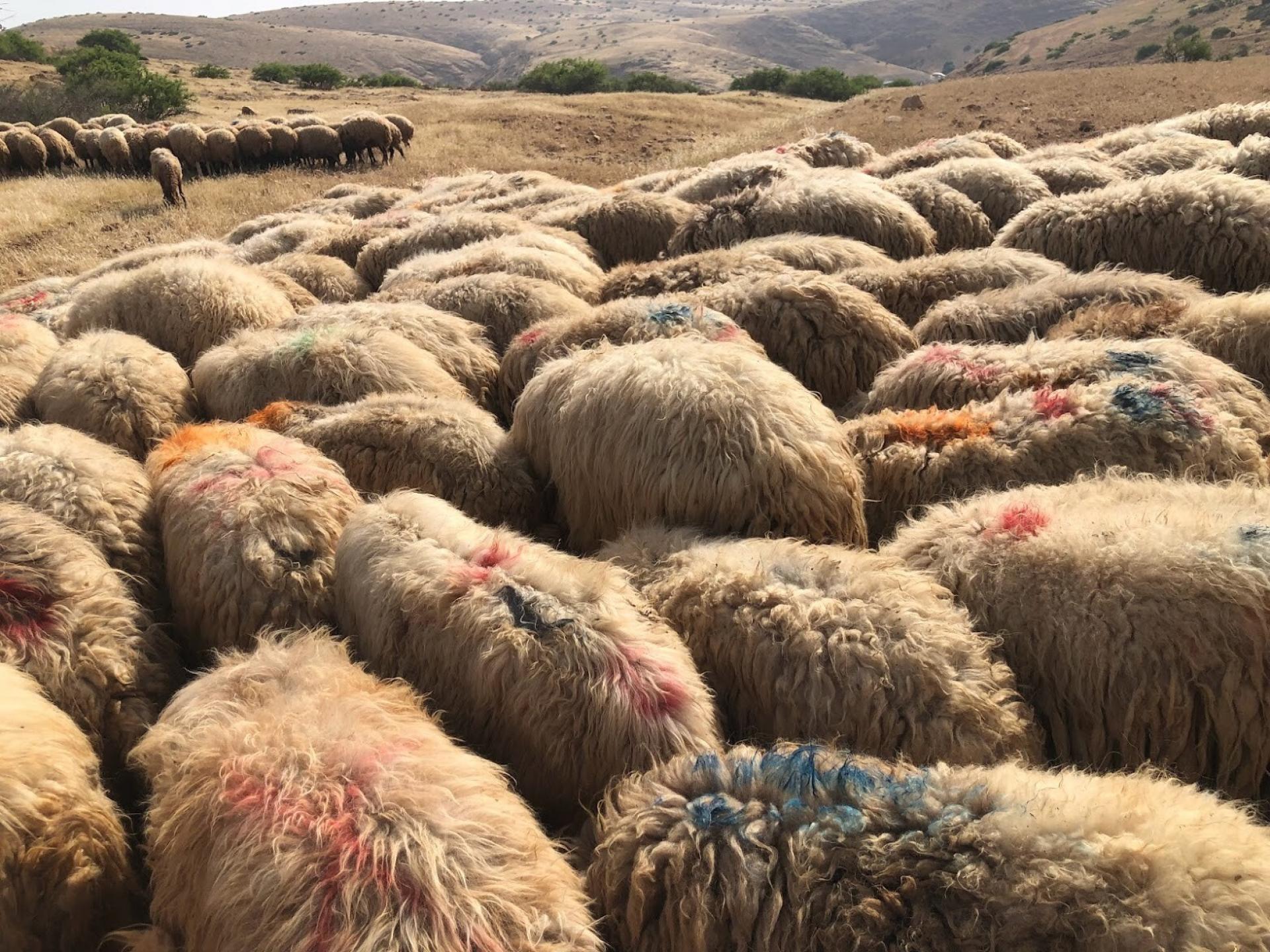 The sheep crowd together