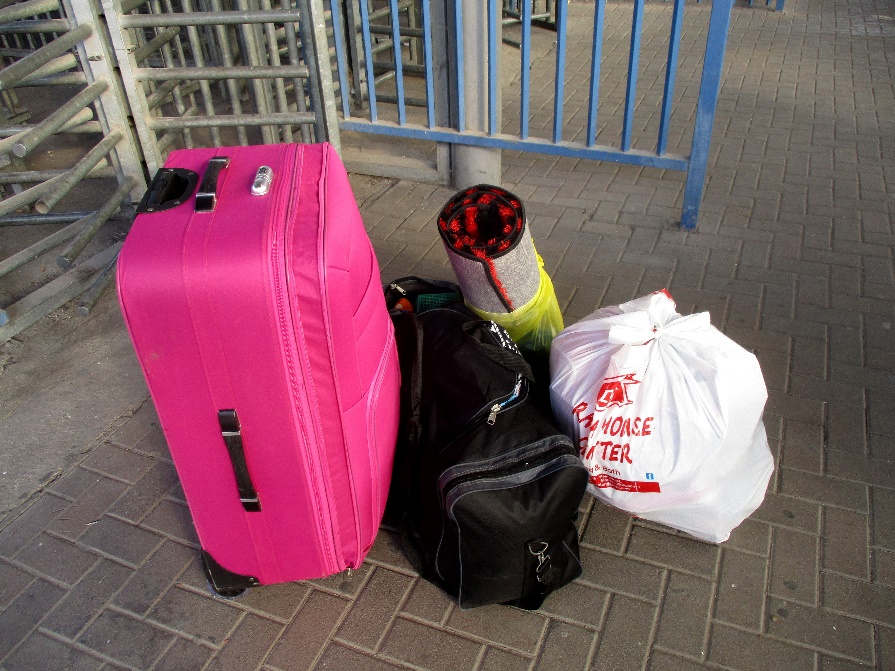 The suitcase, overnight bag, plastic bag and rolled rug tell us that –

a Gazan woman is on her way home.

The cab driver she hired (fare from Qalandiya to Erez Checkpoint is 300-350 NIS) stayed to watch over her luggage and she went over to the DCO, or in its Palestinian un-whitewashed name, the mukhabarat (Shabak, the Israeli General Security Services) to get her permit to get back home, to Gaza.

I found her there – at the place with the cleanest appearance and the filthiest essence – all tears after hearing she was blacklisted by the Shabak and as such, was not being issued a permit to cross the checkpoint.

“But she wants to get home… Her whole family is there… She had a permit to leave Gaza… But..” people tried to plead.

The soldier checked again, wrote something down on a piece of paper, handed it to the woman and said in a language she does not know, Hebrew: “Call this number, Rafat, he will help you”.

Everyone knows, even I know, that Rafat is the mukhabarat at Erez Checkpoint.

I wanted to ask the soldier why he doesn’t call Rafat, after all the army here is the same as the army there, and the mukhabarat here the same as there, but when I addressed him he said: “I don’t talk with you”. “You just did”, I said. “Very mature of you…” he answered. And a woman-soldier next to him added, “You aren’t even allowed to behere”.

In the atmosphere that ensued, realizing I could only make things worse for the woman, I left.

Two ambulances from the Occupied Territories were detained inside the vehicle lane.

“Waiting for bodies”, said a policeman.

The same rules and procedures apply to a dead body as to a living one.

The bodies were of three family members from Jenin who had died several days ago in a traffic accident at Zaatara Junction and had been sent by police order to be autopsied at Abu Kabir (Tel Aviv pathological institute). That is the procedure when the accident involves Jews’ vehicles.

On the other – Palestinian – side, near the checkpoint fence, stood family members of the victims and waited for their relatives.

After an hour and a half, the ambulance drivers were ordered to turn around, and drive to the Palestinian car park where the bodies would be transferred.

The ambulances maneuvered through the chaos of cars, the family members followed as did I, and we waited.

But the two ambulance drivers from Holon (Israel) who transported the bodies were afraid to cross the checkpoint to a place where they felt they would not be protected (a fear very well understood as the result of the brainwashing that Israelis undergo as a matter of course) and so an instruction was issued to get back to the “Jewish” side of the checkpoint. The Palestinian ambulance drivers maneuvered yet again among the dozens of cars, the family members hung on to the fence around the checkpoint and their eyes accompanied the bodies being hauled out and transferred to other ambulances back-to-back.

When the procedure was over, everyone returned to the Palestinian car park. Where several of the family members boarded the ambulances where their loved ones lay, and made sure the deceased were indeed theirs. 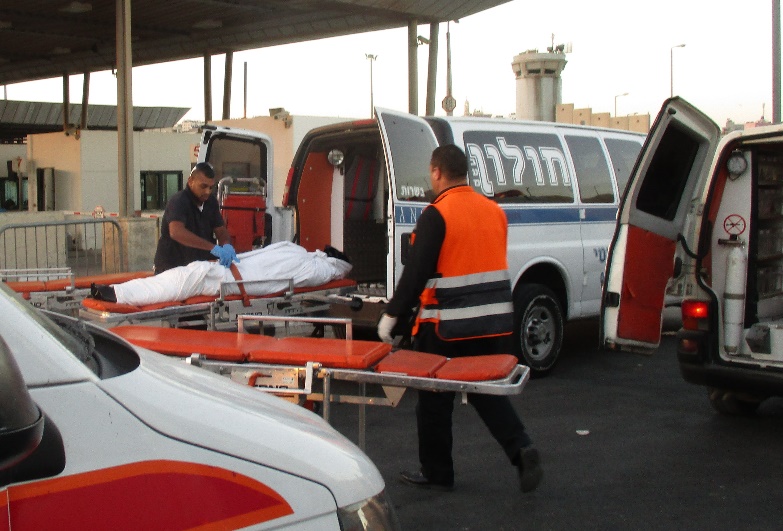 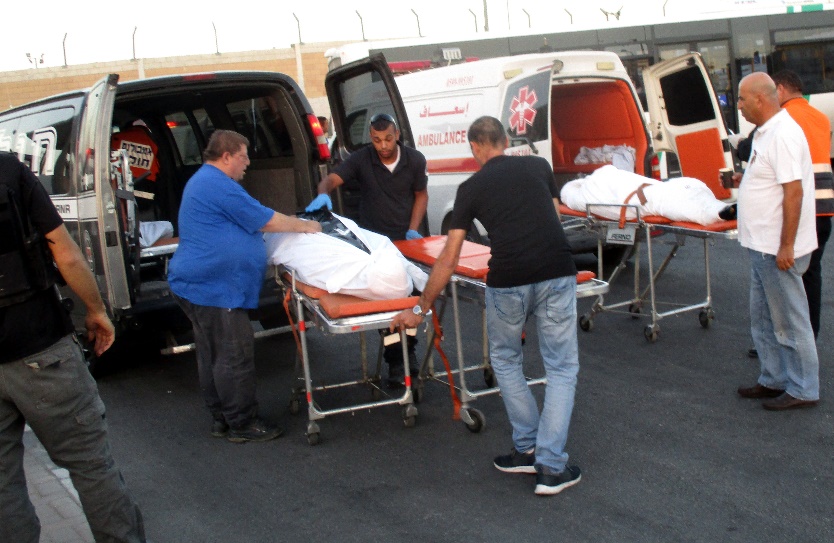