We came to Oranit-Checkpoint 1474 to find out when it opens.  An Israeli tractor driver tells us it opens in the morning and around 15:00 in the afternoon.  (Later we heard the opposite).

We drove on the security road toward Habla, and on the way saw many pieces of construction equipment adding a high fence atop the wall.  Millions of shekels are being invested in upgrading the wall to the right of the security road. 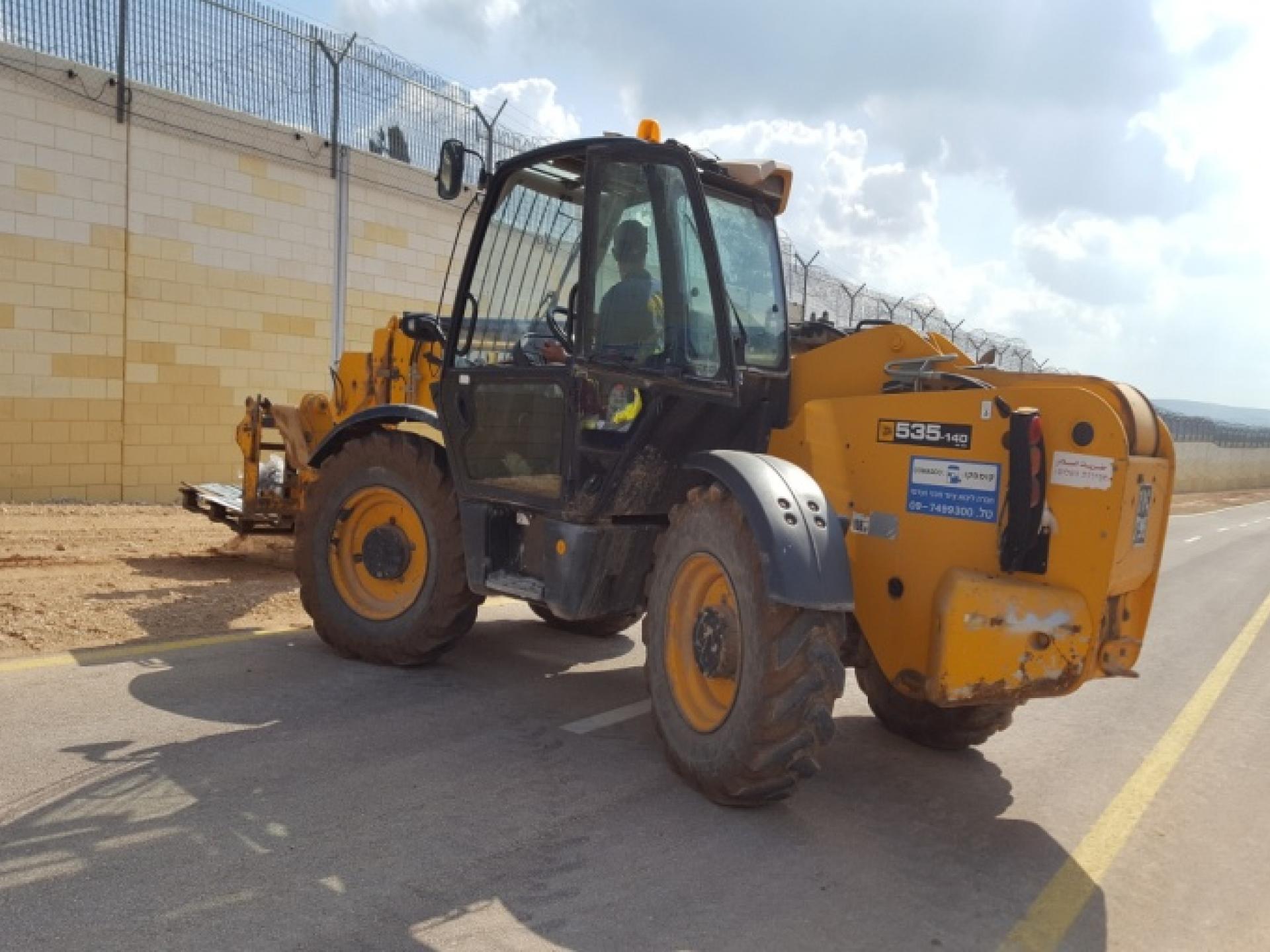 Renovation of the fence
Photo:
Shoshi I 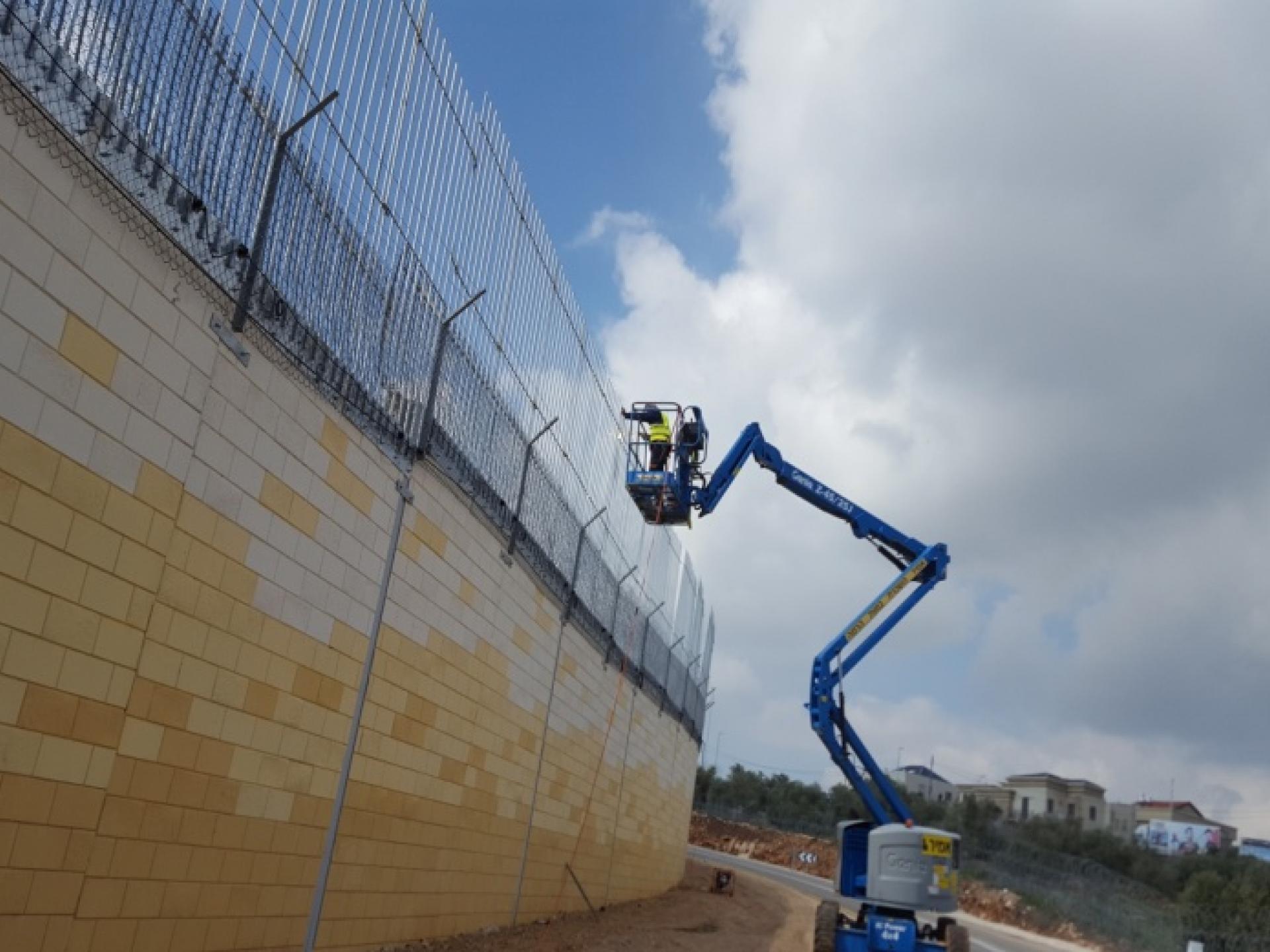 Fence added over the wall
Photo:
Shoshi I

On the left, Oranit continues to expand, its homes coming close to the security road. 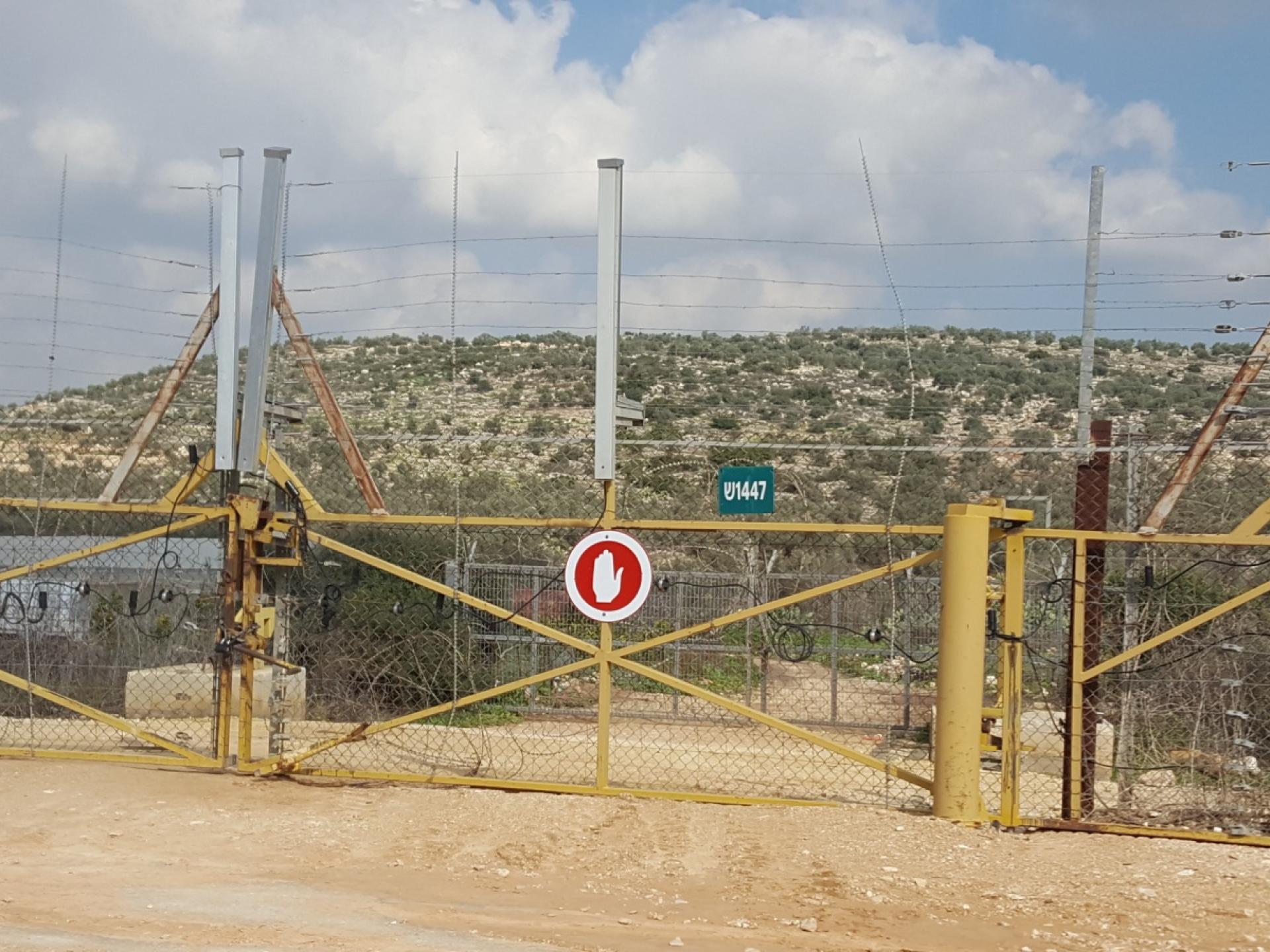 The Abu Salman checkpoint is closed
Photo:
Shoshi I 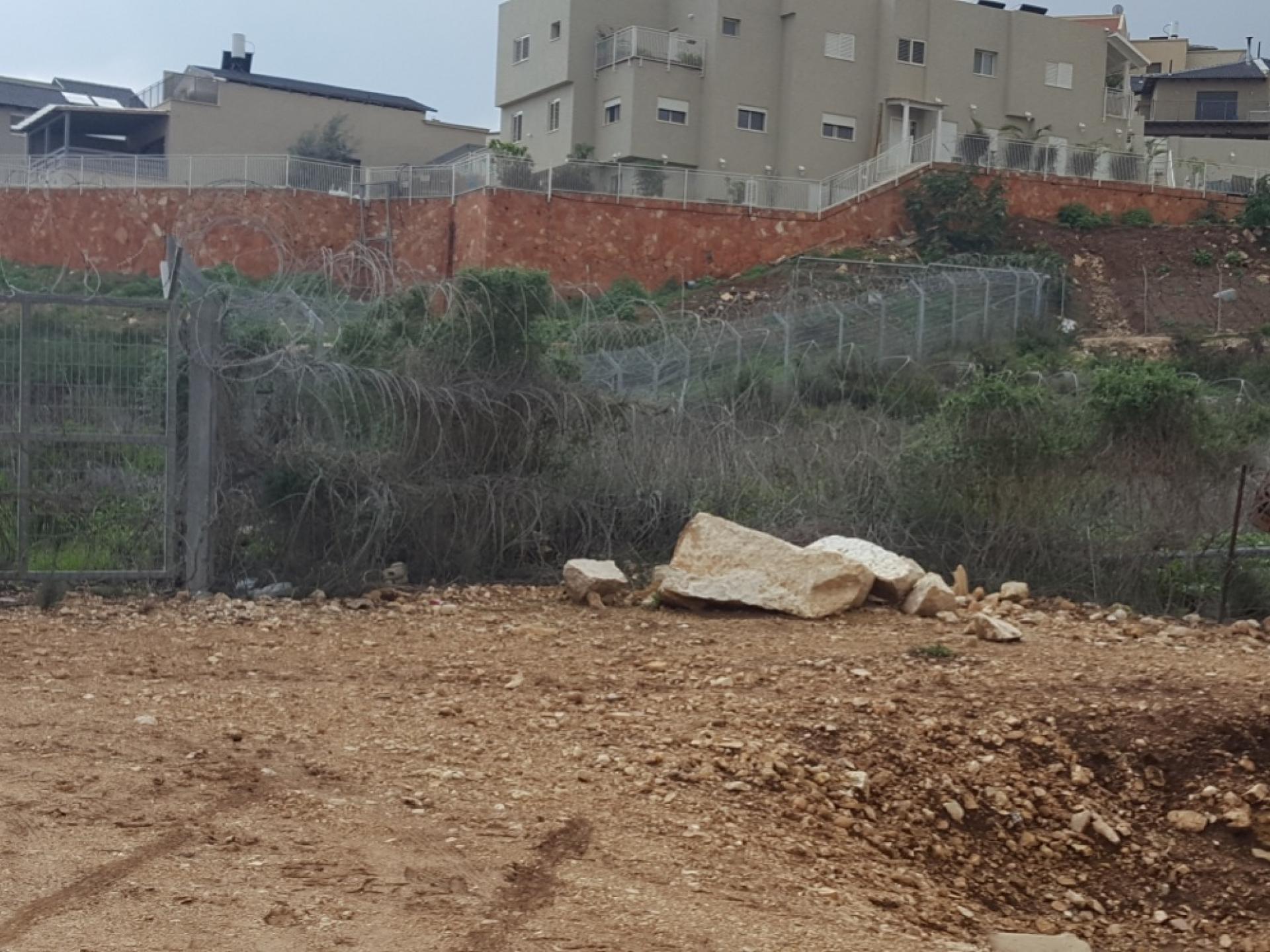 We meet two people at the greenhouses near Oranit, A. from ‘Azzun ‘Atma and F., from Abu Salman.  Both are trying, unsuccessfully, to make a living from farming.  They’d like to work in Israel.  A. owns 17 dunums.  He’s come with a tractor owned by an Israeli to prepare the ground for planting lemon trees.  He owns land in Oranit that he can see only from afar.

F., from Abu Salman, grows za’atar and has lemon trees. 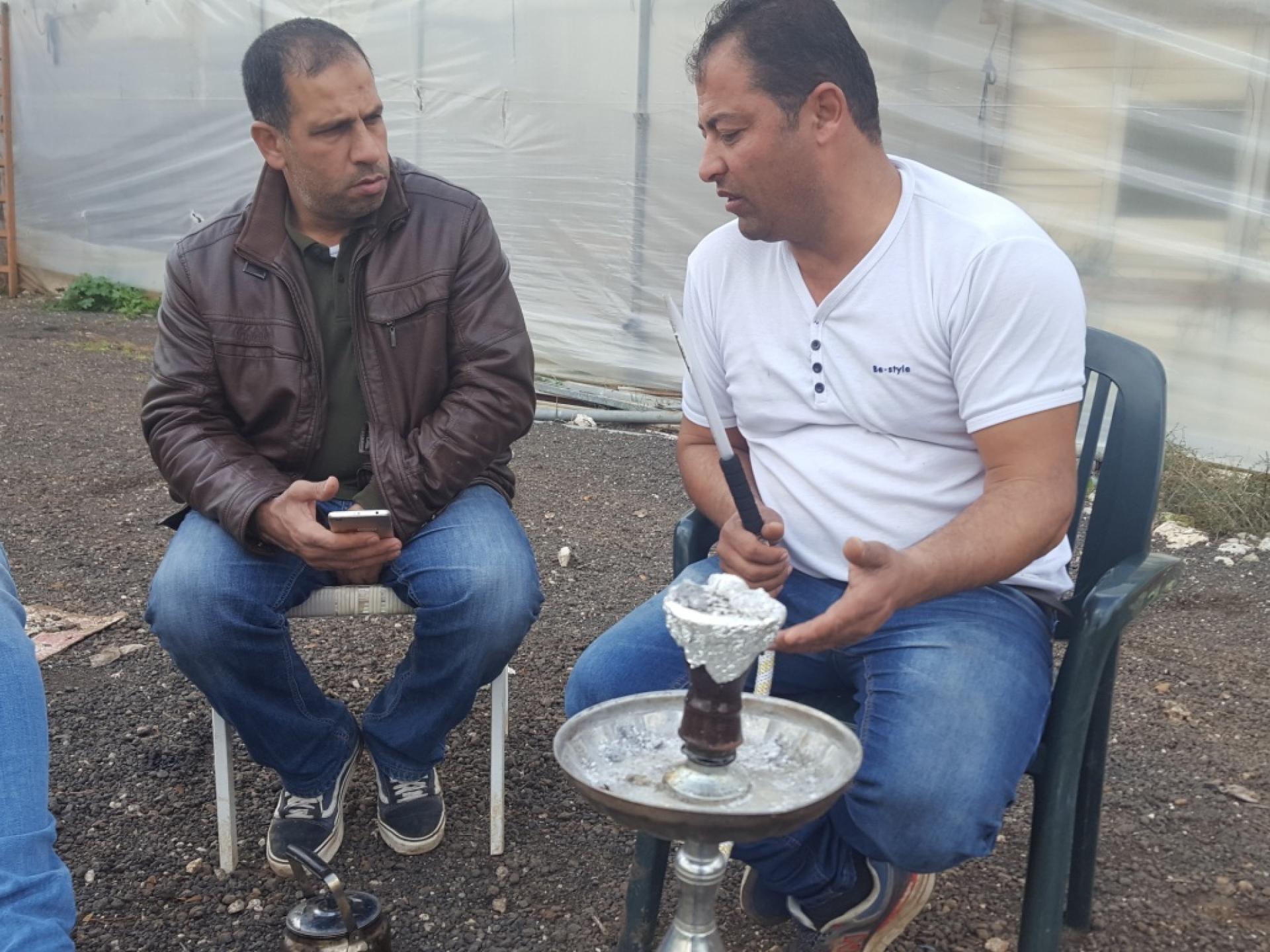 Habla checkpoint-1392 opened late.  We telephoned the DCL.  The soldier promised to investigate.

13:25  The military vehicle arrives.  The gates

13:30  The first five people enter 15 minutes late, along with two people on bicycles, a truck, two cars.  The second group of five enters.

Yael and Nora show up at the checkpoint with youths from the Masbakha preparatory program.  They’re interested, ask many questions, and ask us also.

A military vehicle at the exit from Habla to Highway 55.  Heavy traffic on the road toward Nabi Ilyas.  A long traffic jam whose end isn’t visible.  The vehicles aren’t moving.  It turns out that Benjamin Netanyahu has come to see the Nabi Ilyas bypass road that opened a few days ago.  It cost NIS 60 million.

We wonder whether to make a U-turn back toward Habla, as others are doing.

We don’t know whether his honor is still in the area, or has already left.

The old road to Nabi Ilyas is blocked.

With the help of three young Palestinian men, who move some boulders, Galya bravely drives onto the sidewalk to reach the old road.  We’re the only ones on the old road, bypass the traffic jam and continue toward ‘Azzun.

Many soldiers at the entrance to ‘Azzun.  At Z’s house we unload parcels for his shop, and over tea are told that soldiers enter homes in ‘Azzun every night.  Last night many homes were invaded.  Many people were forced to get out of bed and calm frightened children.

Is it because of the Prime Minister’s visit to the area? 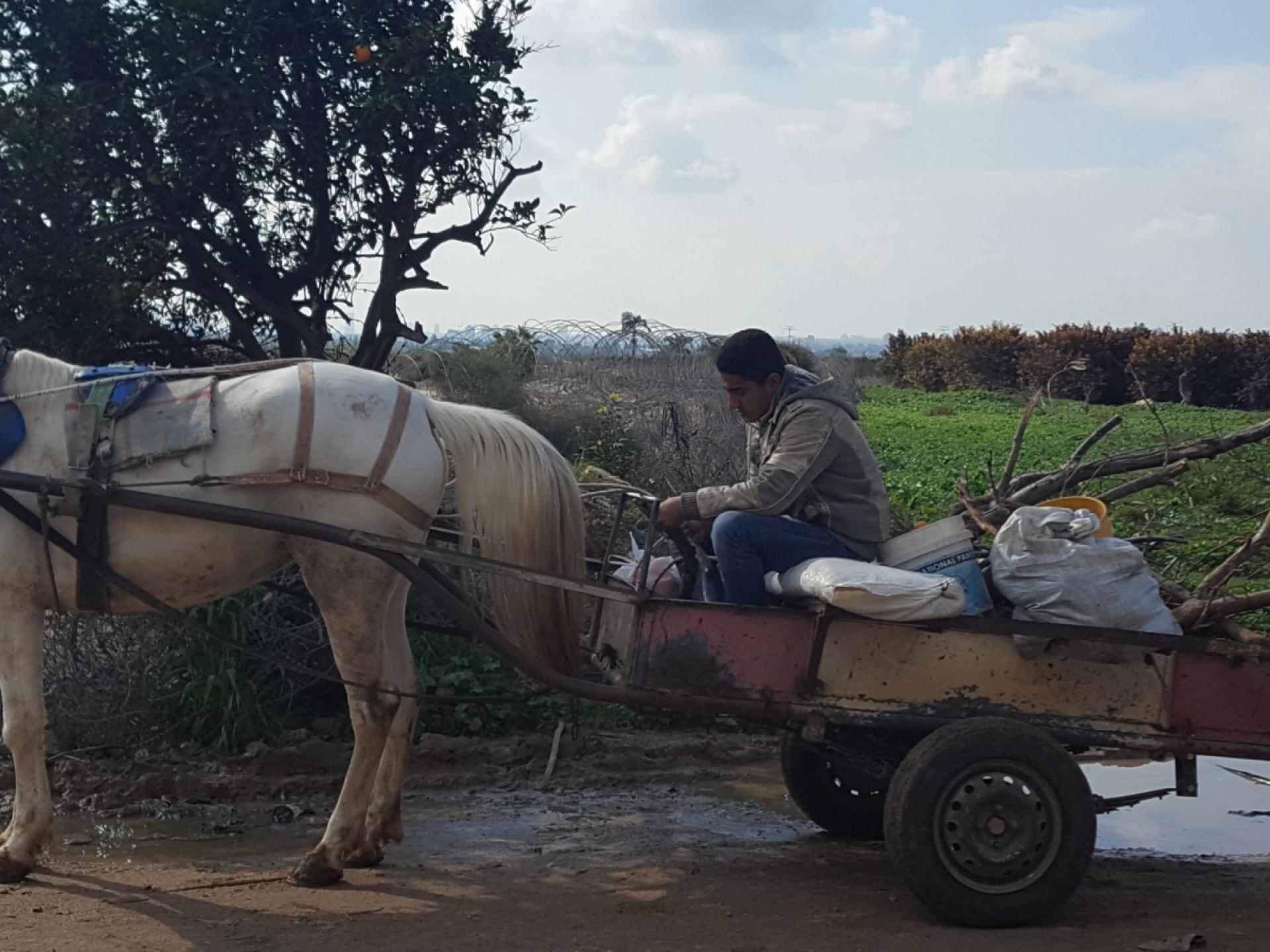 The Habla checkpoint
Photo:
Shoshi I 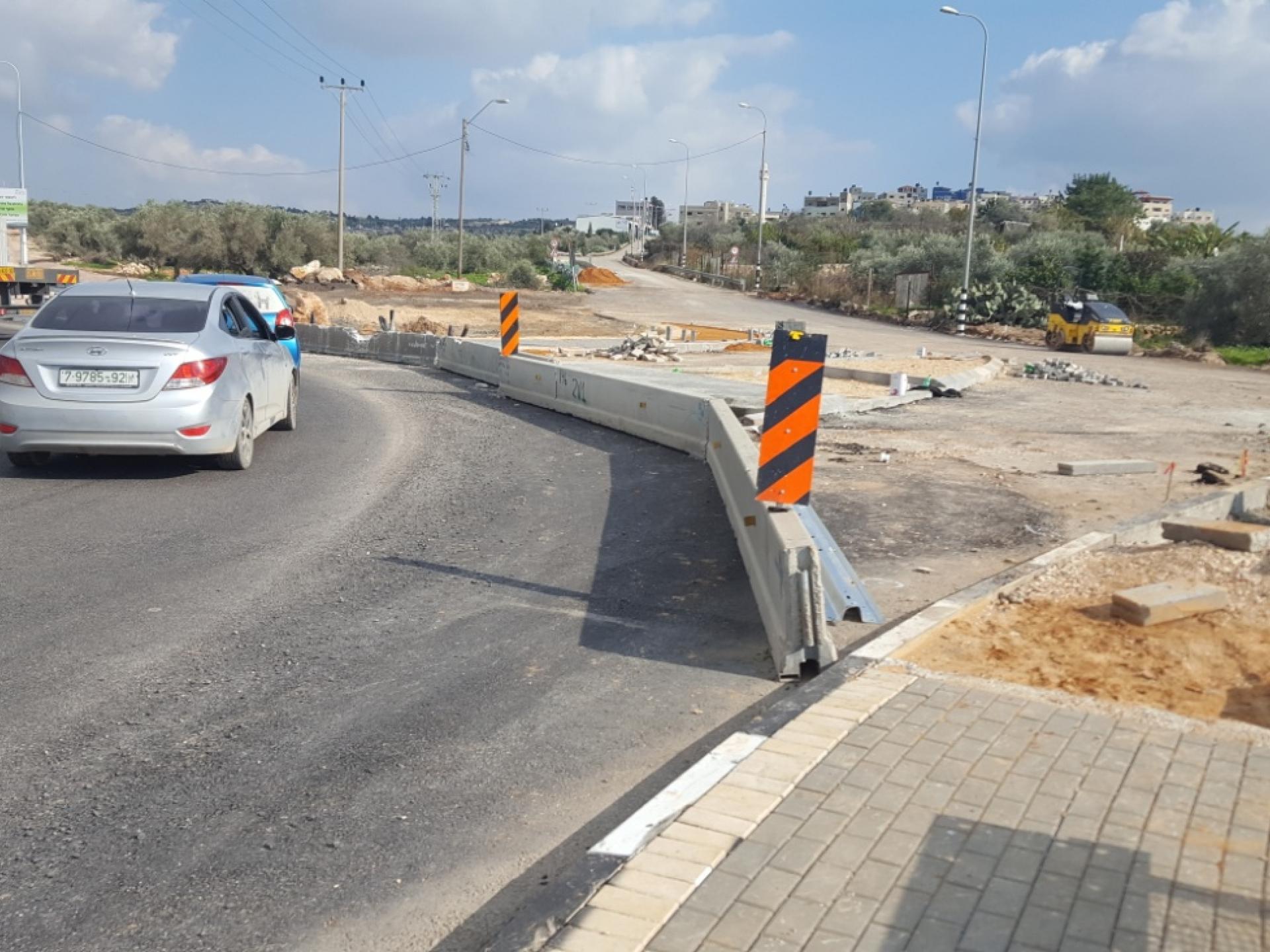 The old road to Nabi Ilyas is blocked.
Photo:
Shoshi I