Faresiya
We visited F.’s abandoned farm, which he had created several years ago as a beautiful agricultural project on his own land, investing all of his money in it and more. He planted olive trees, erected greenhouses, placed beehives with equipment for  producing honey, and drew water by pipe from a spring located 4 kilometers away. The Civil Administration came along and cut the pipes. F. purchased a pump and drew water of lesser quality, high in salt content, from a nearby ravine. The Civil Administration came along and confiscated the water pump. Without water – no life. Today the farm is deserted, the olive trees are still tended somehow, and the owner has become a hired day laborer in a nearby village.

We also saw a pumping station at Faresiya, belonging to the Israeli water company Mekorot. It is located on privately owned land belonging to a Palestinian who lives nearby, but he is not entitled to receive or even purchase a single drop, let alone receive payment for the use of his land.

We visited the villages of Bardala and Kardala, in the northern Palestinian Jordan Valley. They are situated above a huge reservoir of ground water. In 1968 an “agreement” was signed between the occupier (and his representative, Mekorot water company) and three villages (including En Al Beda) stipulating that in return for their agreement to stop pumping water, Mekorot would establish its own pumping stations on their land and would allocate them a “generous” quantity of water at the price of pumping alone (a few cents per cubic meter). These villages are the only water supply source for the shepherd communities in the region as well, who do not receive a single drop from Mekorot. In the northern Palestinian Jordan Valley Mekorot provides water only to the Jewish settlements and to the three above-mentioned villages.

In recent years the quantity of water allocated to these villages has been reduced and is not sufficient. First, it was set nearly 50 years ago in absolute numbers, regardless of population growth. Furthermore, it has been arbitrarily and drastically reduced. For example, at one Bardala spring the village was originally supposed to receive 200 cu.m. a day. At present  it receives only 60 cu.m. The explanation we heard from the worker at the site was that the village is behind in its payments to Mekorot (for the pumping) and therefore its water quota was reduced.

Visit with the A.H. family at Faresiya
The A.H. family, living on privately owned land in Faresiya, consists of elderly parents and three young married sons and their children – totaling 20 persons. In the past they made their living from farming. Until 1967 their water supply was by pipe from the spring at En Al Beda (one of the three villages). After the “agreement” they could no longer draw water. They were provided with water from the nearby ravine, but the Civil Administration came and confiscated their pump and pipes. Since then they struggle to make a meager living from sheep herding and winter – rainy season – farming, depending on precipitation. The recent years have been very dry.

At the end of our visit we were asked if we would wish to see one of the sons’ disabled daughter. The sight was shocking. On a mattress in the dark tent lay a 7-year old girl who looked younger than 4 years old, her whole body paralyzed, only her head could move from side to side. Her eyes are large and wide open. She does not talk. This is the way she has been since birth. She was taken to hospital in Nablus and Toubas (a small town where, three years ago, a Turkey-financed infirmary was built), and did not receive help. Health care in this area is not even up to third world standards We noted the girl’s details. 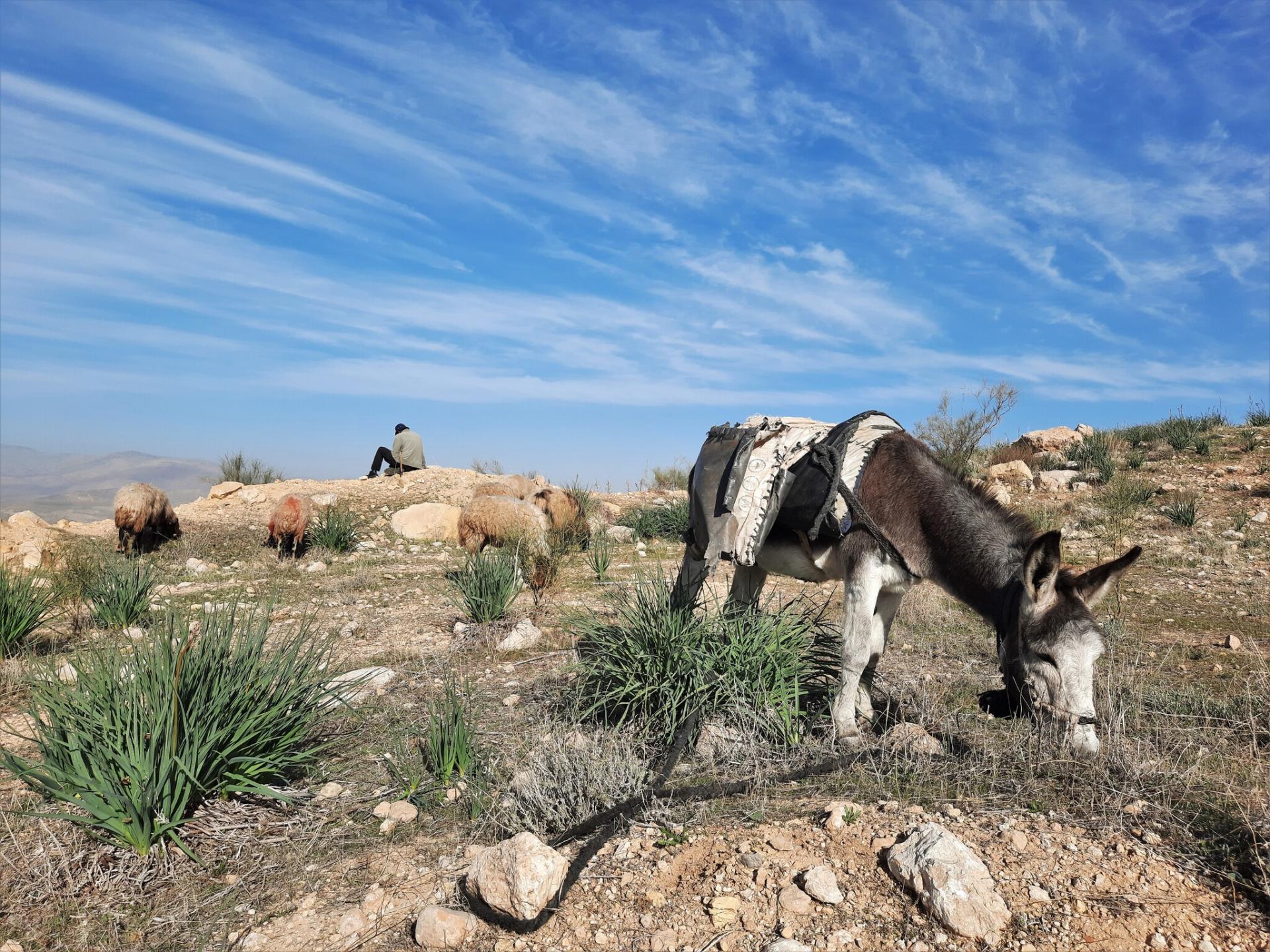