12:30  We arrived early and went to the plant nurseries to learn about the new procedures.

The owner wasn’t there but one of the workers, a Palestinian from Qalqilya, told us that from the past month Palestinians haven’t been allowed to bring plants from the nurseries into the seam zone through Habla checkpoint, but are required to use checkpoint 109.  As far as he knows, the owner of the nursery who’s bringing merchandise through there undergoes a rigorous inspection, including dogs which trample and dirty and sometimes ruin the merchandise.  It takes at least an hour, and can last up to three hours or longer.  He knows the owner complained.  The owner is responsible for coordinating transit of merchandise through the checkpoint with the Israeli DCL and can give us first-hand information, but he’ll return only towards evening.

to open.  The first pickup truck is loaded with about 40 plants of different sizes.  The driver tells us it’s permitted to take merchandise through this checkpoint to the Palestinian side, but to come from the Palestinian to the Israeli side requires coordination with the Palestinian DCL, and is possible only through the Eliyahu checkpoint where the inspection is very rigorous and takes hours.

13:15  A vehicle with MP’s arrives; they open the gates.  We learn there’s a printed sign, protected against moisture by a plastic sleeve 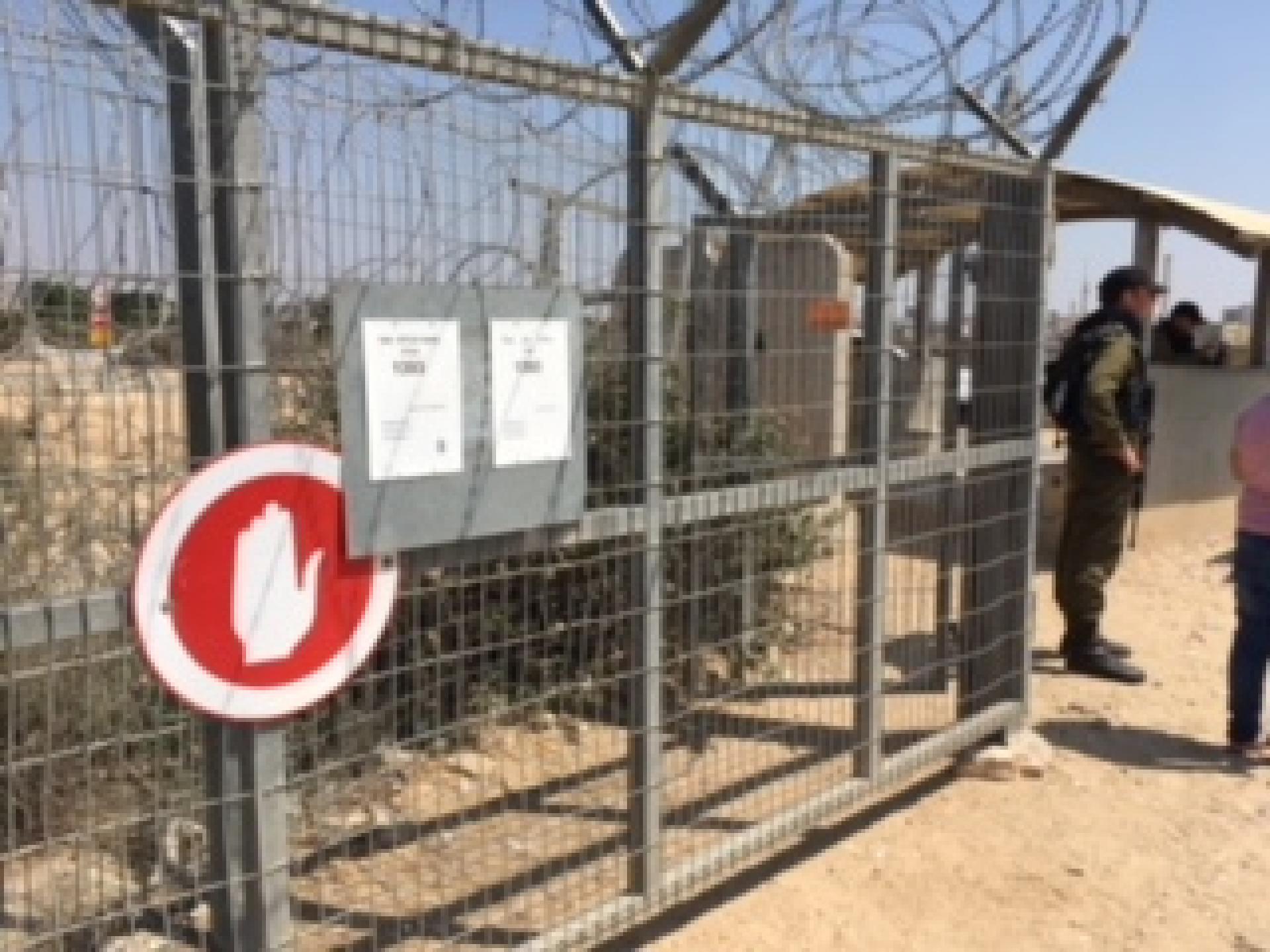 Habla - the sign is visible only when the checkpoint gates are open
Photo:
Karin Lindner 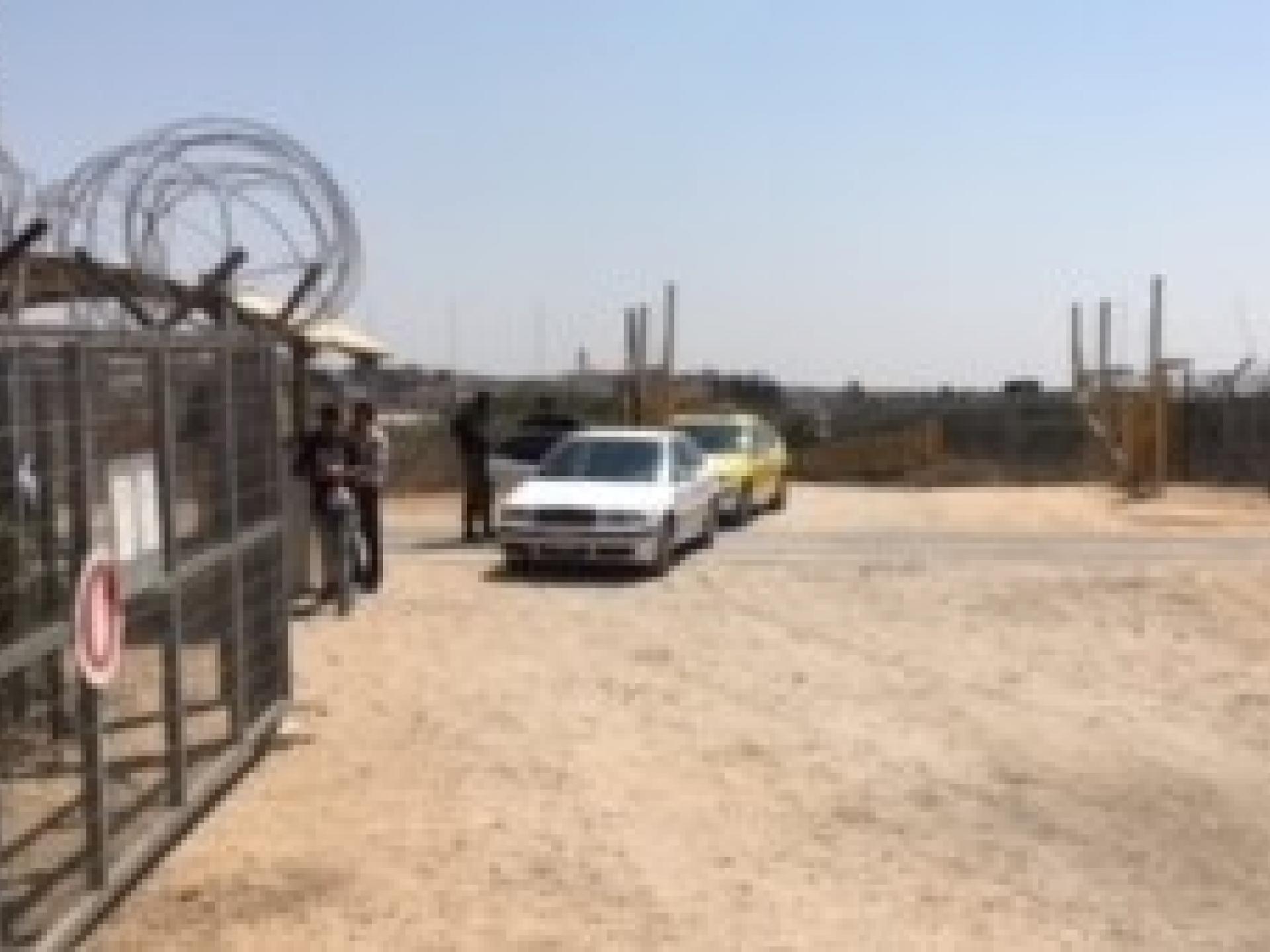 Habla - a rigorous inspection of a car
Photo:
Karin Lindner

The three MP’s let people through to the Palestinian side very politely after a brief inspection of their ID’s and permits.  A few carts with junk also went through – broken chairs and other furniture.  Then the soldiers begin inspecting the cars and the usual workers coming from Habla.  Unlike in the past, the drivers of the cars must open all the doors and the trunk to display their contents, and to present, of course, the permit for the driver and the car.  One van isn’t allowed through.  The soldiers say it contains a gas balloon larger than five liters, which requires a permit and coordination with the DCL.  They check with the DCL, which confirms the need for coordination.  The Palestinian moves the vehicle back and makes a call.  The soldiers say he’s not being detained, he can return to Habla or go through without the gas balloon.  Fifteen minutes later the coordination has been accomplished and he receives permission.

We tried to understand why a balloon that apparently is used to make coffee with a camping gas stove isn’t allowed through.  The answer was that it’s dangerous because the guy might smoke and the balloon could explode.  A tax permit is also required.  But the main reason is because those are the rules. 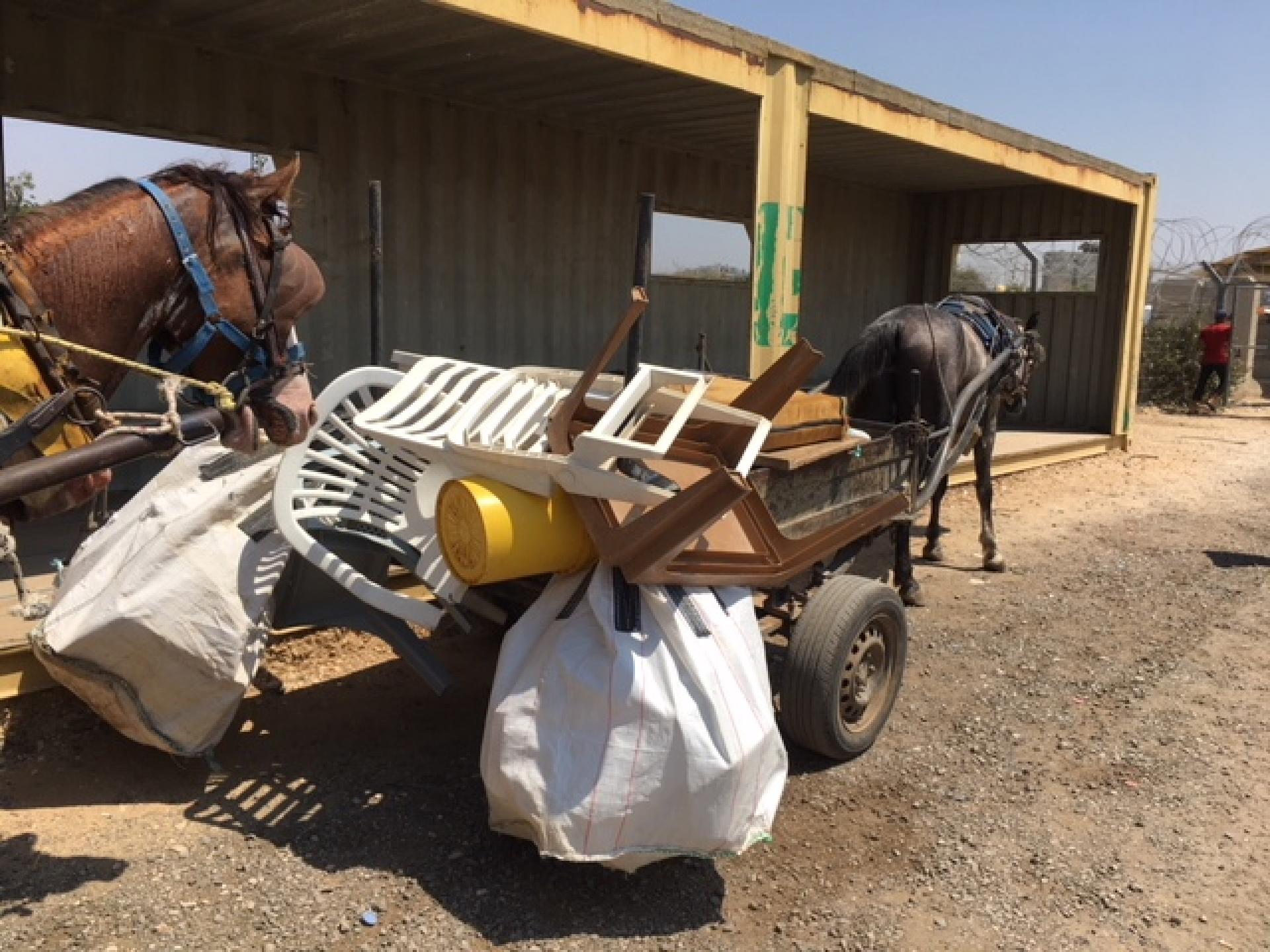 A loaded cart on the way to the checkpoint
Photo:
Karin Lindner 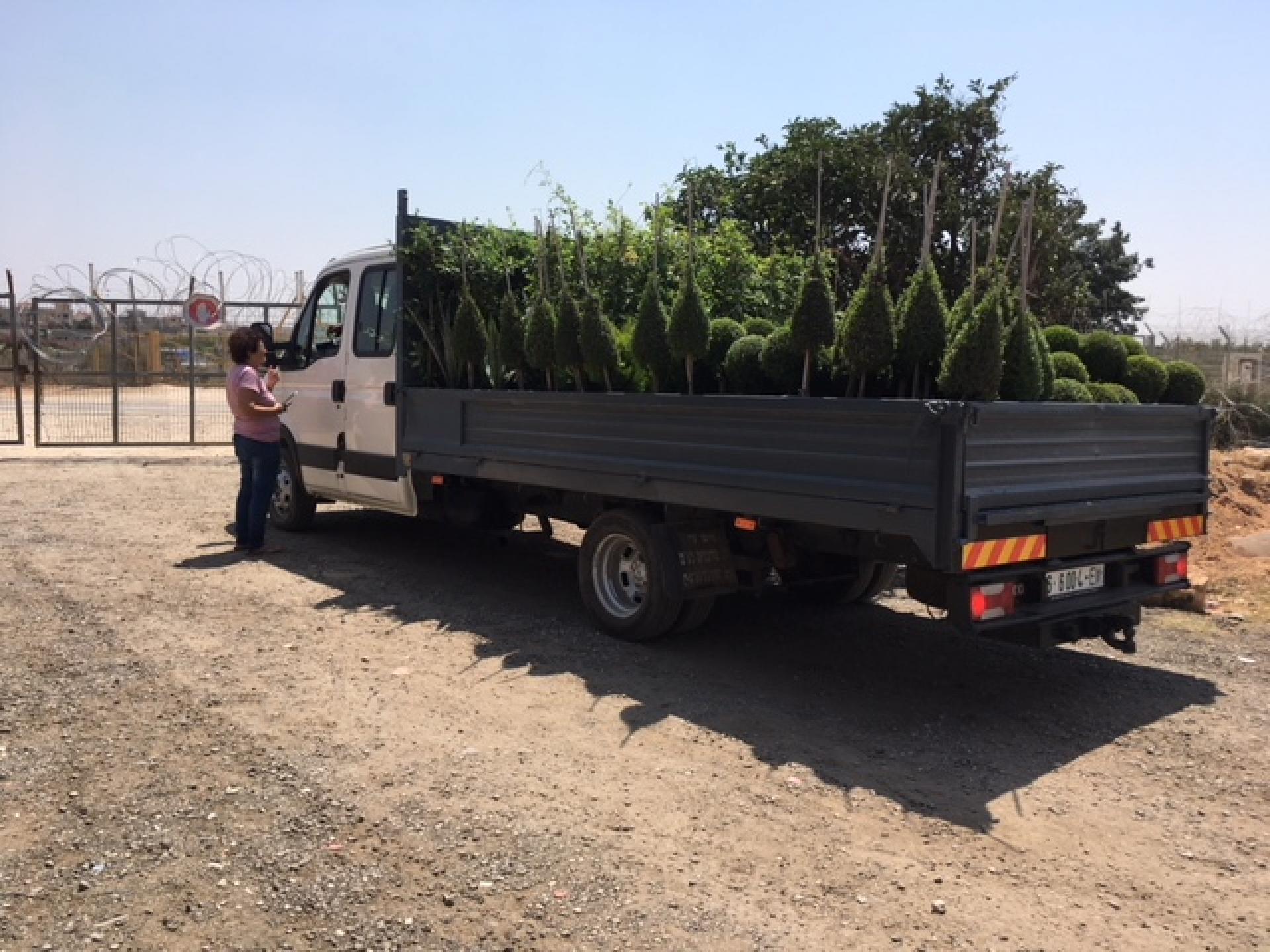 They say they’re new at this checkpoint and one said, unlike what the Palestinians report, that they have no instructions to prevent plants from being brought through to the seam zone when advance arrangements have been made.  But we didn’t see any Palestinian vehicles with plants coming from Habla as we had in the past.

14:15  The checkpoint closes.  Very few people and cars cross in the afternoon.

14:45  We waited for our acquaintance, A., to hear about the change in procedures.  With a deep sign and helpless feeling, but also ironically, he tells us a long story.  Two months ago the owners of the plant nurseries were called to a meeting with staff of the Israeli DCL where they were told that henceforth all merchandise from the nurseries will undergo security inspection at checkpoint 109, and the nightmare began.

First, in order to cross there the contents of every shipment must be described exactly including the number of plants and their sizes.  They get in line when they reach the checkpoint.  Then, he said, the plants are unloaded roughly with a forklift, which damages the plastic wrapping and the plants.  Then the sniffer dog passes among them and even urinates on some – marking its territory, apparently – so they must be thrown away.  Then they’re reloaded on the vehicle and damaged again.  During the entire process the driver is required to remain in the vehicle’s cabin, in the heat, whether or not the vehicle has air conditioning, and wait.  The process takes hours.  One day he waited three hours for the inspection to be completed and was too tired to unload at the nursery.  He said that coordination with the DCL is also complicated and inefficient.  He told of one owner who, two weeks ago, waited for about two hours on line for inspection and then was told he couldn’t cross: the permit stated he was carrying rocks, but he had plants.  A typing error, but the bureaucracy didn’t relent.  There are rules!!!

He also said that the Israeli DCL staff told them they had invested NIS 200,000 in the special inspection area, but according to him the Palestinians see only the same empty inspection lot with cloth awnings overhead and a few posts to prevent Palestinians from failing to proceed according to the guards’ instructions.

The owners suggested compromises:  inspect randomly at Eliyahu checkpoint, like at other checkpoints.  Or have a dog brought to the Habla checkpoint and they’ll load the plants on a single flat to avoid them being unloaded carelessly as at checkpoint 109.  But there’s no one to talk to.  Apparently an additional way to make them abandon their lands and ability to make a living, followed by annexation…

We left feeling very sad and despairing – for 15 years there’s been no evidence of any attempt at sabotage, but they’re still stuck to the usual excuses about security and have found another trick to move the Palestinians off their land – so they’ll give up and leave.

A woman tries to return home

The woman is returning the way she came