All five checking stations were open when we arrived at 5:30 a.m. and the lines were relatively short (not extending beyond the kerb by the entrance to the shed). Later on, at 6:10, when the queues had grown longer, reaching to what used to be the second line of cars in the parking lot (the lot has been closed since the start of Ramadan and it appears that it will not be reopened due to the renovations of the checkpoint and / or the paving of a new road that have yet to begin), we began following a man at the end of one of the them. It took him 25 minutes to reach the turnstile at the entrance to one of the checking stations. Beginning at 7:00, the queues mostly remained confined to the shed.

The Civil Administration NCO arrived at 6:25, opened the Humanitarian Gate a few minutes later, and opened it again each time a handful of people gathered by it. Later on she was joined by a C.A. officer and the two remained working the gate until about 7:30.

We joined one of the lines at 7:15 and left the checking station 25 minutes later.

Over the past few weeks, we have found that what we call the “secret 8 o’clock rule” has become a mounting problem.  A few months ago, the Civil Administration change a rule regarding entrance to Israel from the West Bank and now allows women 50 and over and men 55 and over to cross through checkpoints without an entry permit. At the same time, various checkpoints have limited the hour starting at which these permit-free people can enter. At the Qalandia checkpoint it was determined that they cannot come through before 8:00 a.m. This is so that the right of way, as it were, will be given to permit-holding laborers and others with appointments at hospitals ,consulates, and the like to reach their early-morning  destinations on time.

We do not dispute the logic of this rule. The problem is that when Palestinians in this age range apply for permits at a District Coordination Office (DCO) and are told that due to their age they are exempt from needing them, they’re not told that without a permit they cannot cross through the Qalandia checkpoint, for one,  before 8:00 a.m. The result is that older to quite aged people who arrive at the checkpoint at 5:00, 5:30, 6:00 and onward are ordered to wait until 8:00 before approaching the checking stations. And for lack of choice, they sit for hours on the benches – the few that remain, that is – amid the filth and the stench of the shed. Those who arrive before the Humanitarian Gate begins to operate stand on the lines going through the “cages” for many long minutes only to be turned back to the shed when they reach a checking station, which is particularly infuriating to them.

One story out of a few from this morning alone: Shortly after we arrived, a Palestinian couple who live in the U.S. (their American citizenship is not recognized by the Civil Administration because they originated in the West Bank) arrived together with their recently married daughter-in-law.  She has a 7:45 appointment for a visa interview at the American consulate and an entry permit that will enable her to make it on time. But her mother- and father-in-law lack permits because they were told that they didn’t need them, courtesy of their ages, and they were dismayed to hear from us about the 8 o’clock rule.

The daughter-in-law, 22 years old, does not speak Hebrew and is afraid to travel in Jerusalem alone. And they’re all afraid that any chance of receiving a visa will vanish if she misses her appointment. We tried to reassure them that the consulate is aware of the problems at the checkpoint; we also gave them a chit with our phone number in case they met with a problem there and we could help by speaking to the consulate staff. (We should add that we always do this for people on the way to the consulate who ask for our help, and to date we have never been contacted by the consulate staff or, for that matter, by the people who came late to their appointments.) When the Civil Administration NCO arrived to operate the Humanitarian Gate, the father-in-law asked for her help in solving their problem and, predictably,  was told that there’s no option but to wait until 8 o’clock.

To make a long story short, just after 7:00 a father a daughter arrive, likewise on their way to the American consulate. She has a permit; he, by virtue of his age, does not; and they likewise are unaware of the “secret 8 o’clock rule.” In short order, however, “match” was made between the two families so that the two young women would travel to the consulate together by cab and their elders would meet them there later.

All this comes to illustrate, and not for the first time, the deplorable lack of consideration – indeed, contempt – for the Palestinians who have no choice but to pass through this checkpoint, and particularly to the weakest among them. Why?  When older people are told at the DCOs that they are exempt from needing entry permits, add that they cannot enter via certain checkpoints before a certain hour – at Qalandia, for example, before  8:00.  Put up large signs in the DCO offices. Put up a large sign at the entrance to the checkpoints. Place announcements in newspapers. Use every means available to spread this information. Often we have the impression that the more the conditions in the shed at Qalandia deteriorate, the more people are forced to sit wasting their time for hours because they were not given straightforward information. And this is entirely superfluous.

In the picture - the vanishing benches in the shed

​​There used to be three rows of benches 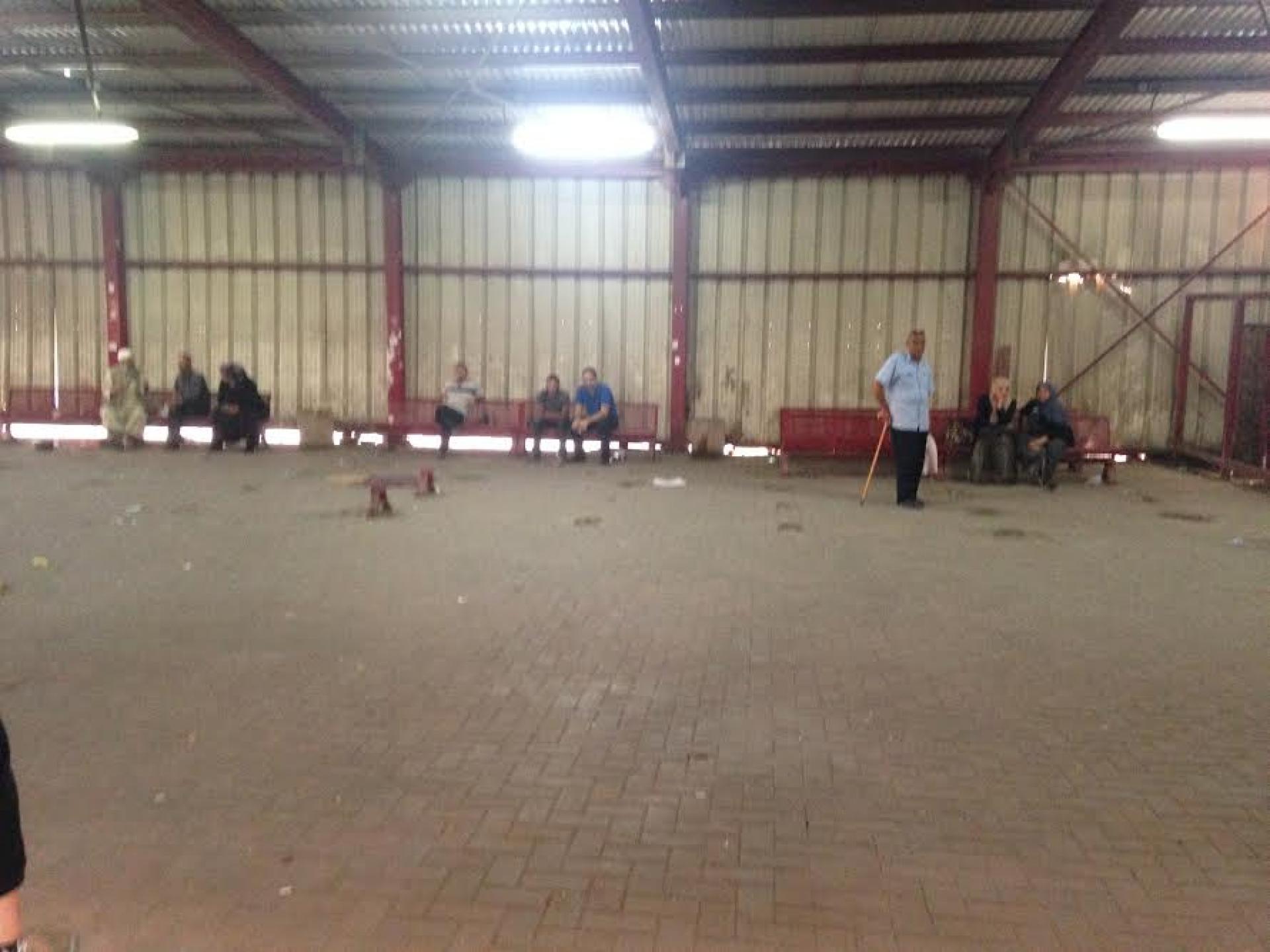 The vanishing benches in the shed. ​​There used to be three rows of benches
Photo:
Virginia Syvan 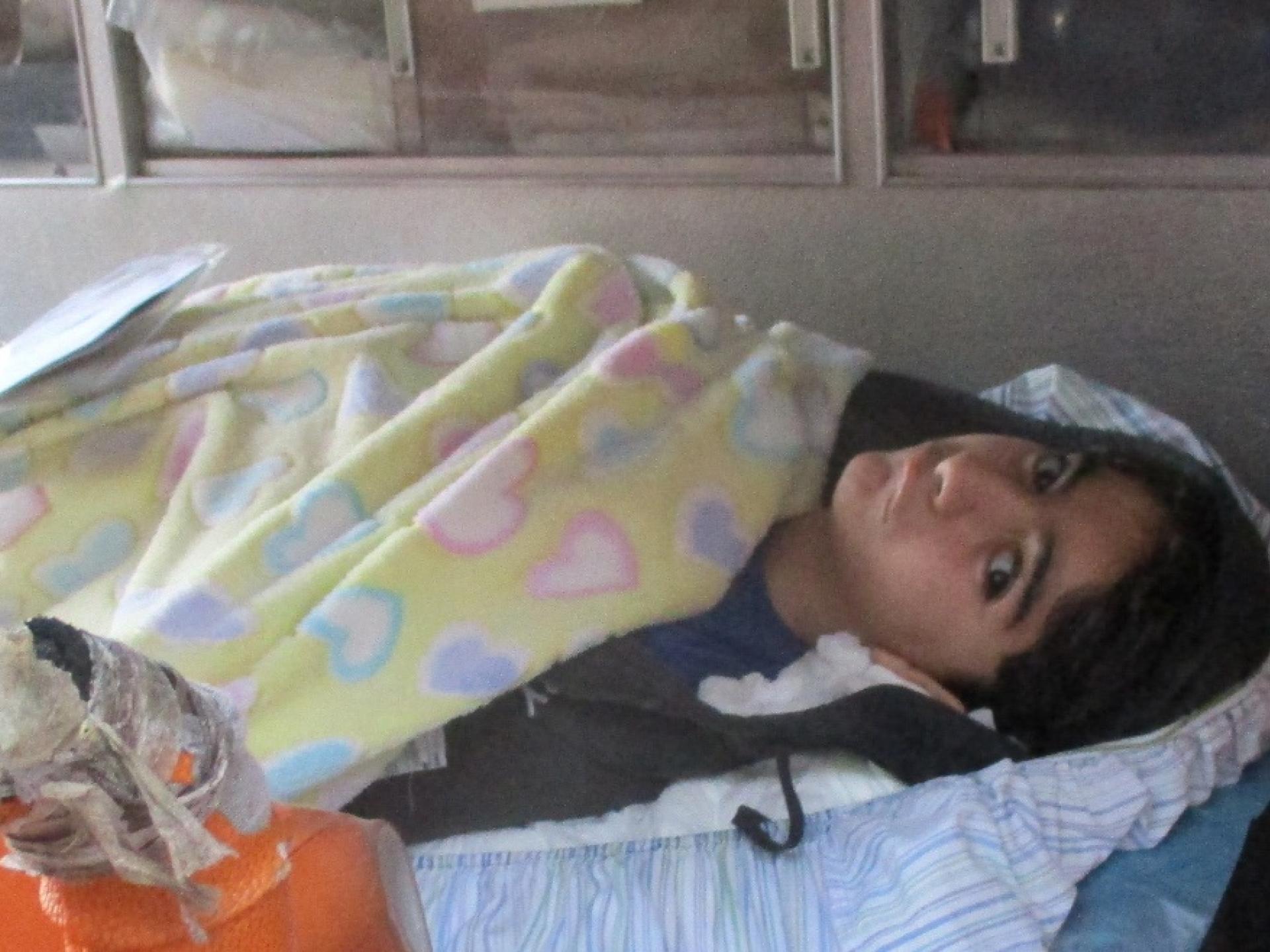