Qalandiya checkpoint is decorated with greeting signs and lighting for Ramadan 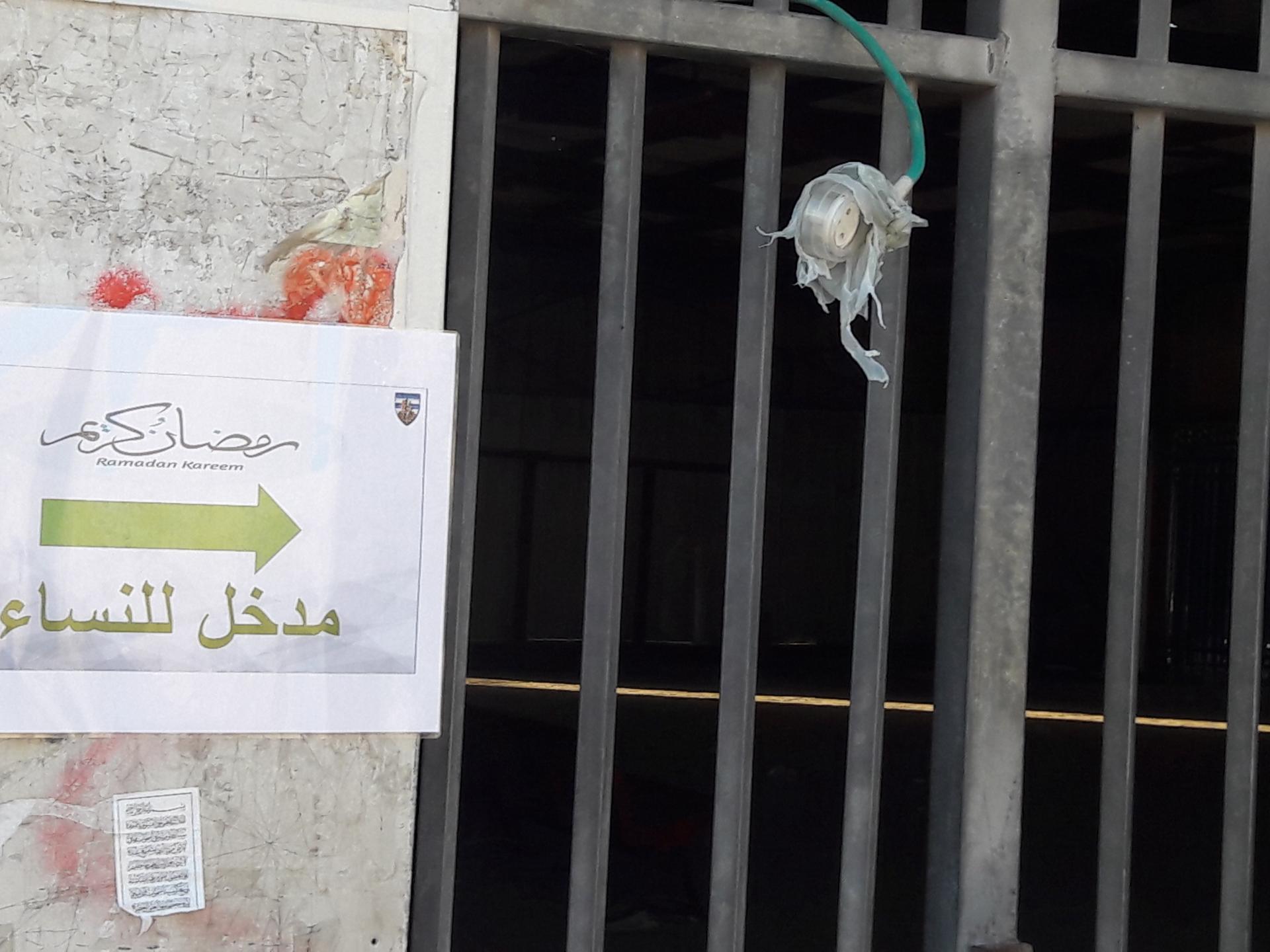 Women entrance on Ramadan Fridays from the old checkpoint 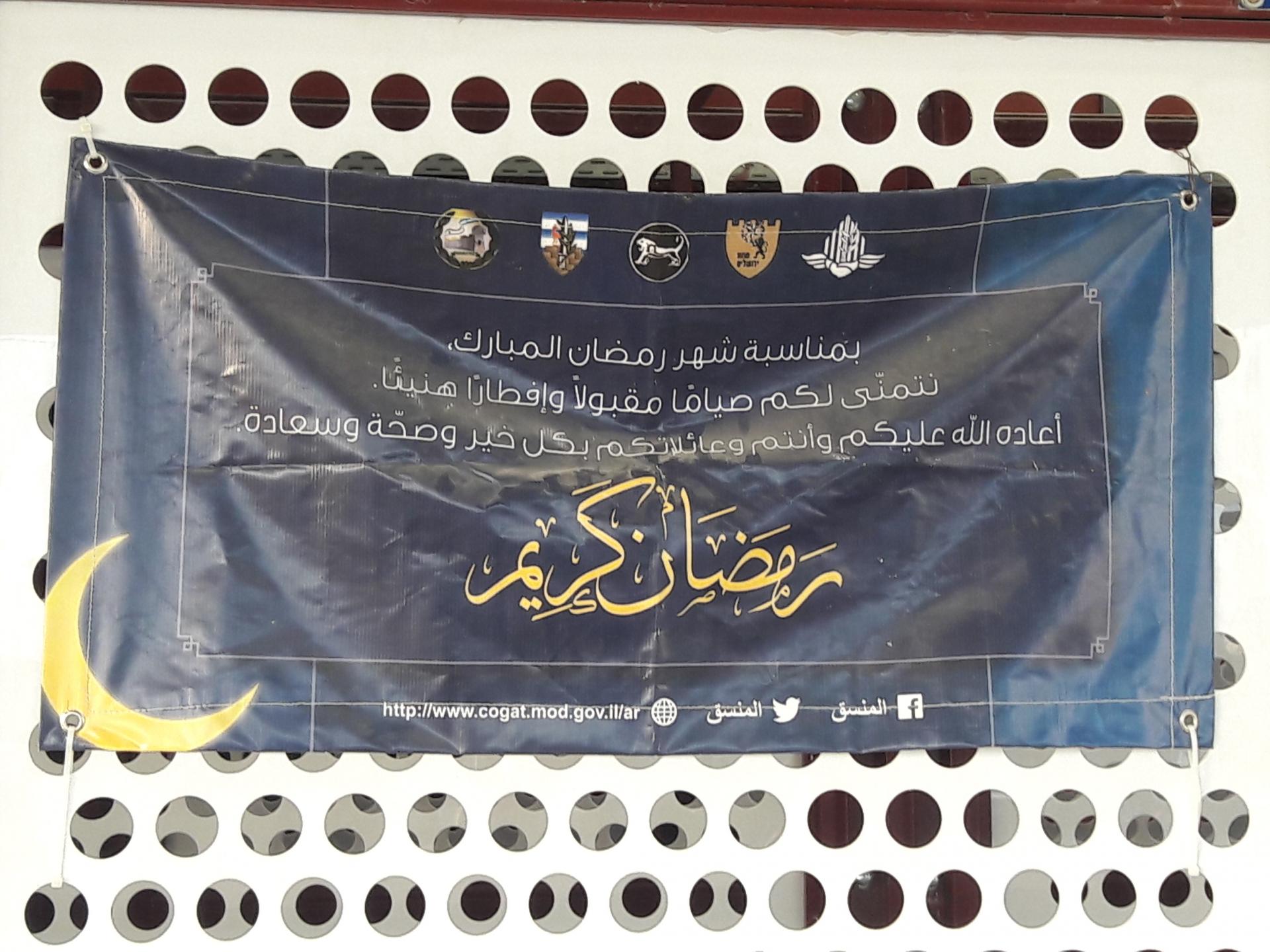 Ramadan greeting sign at the slalom entrance to the new crossing 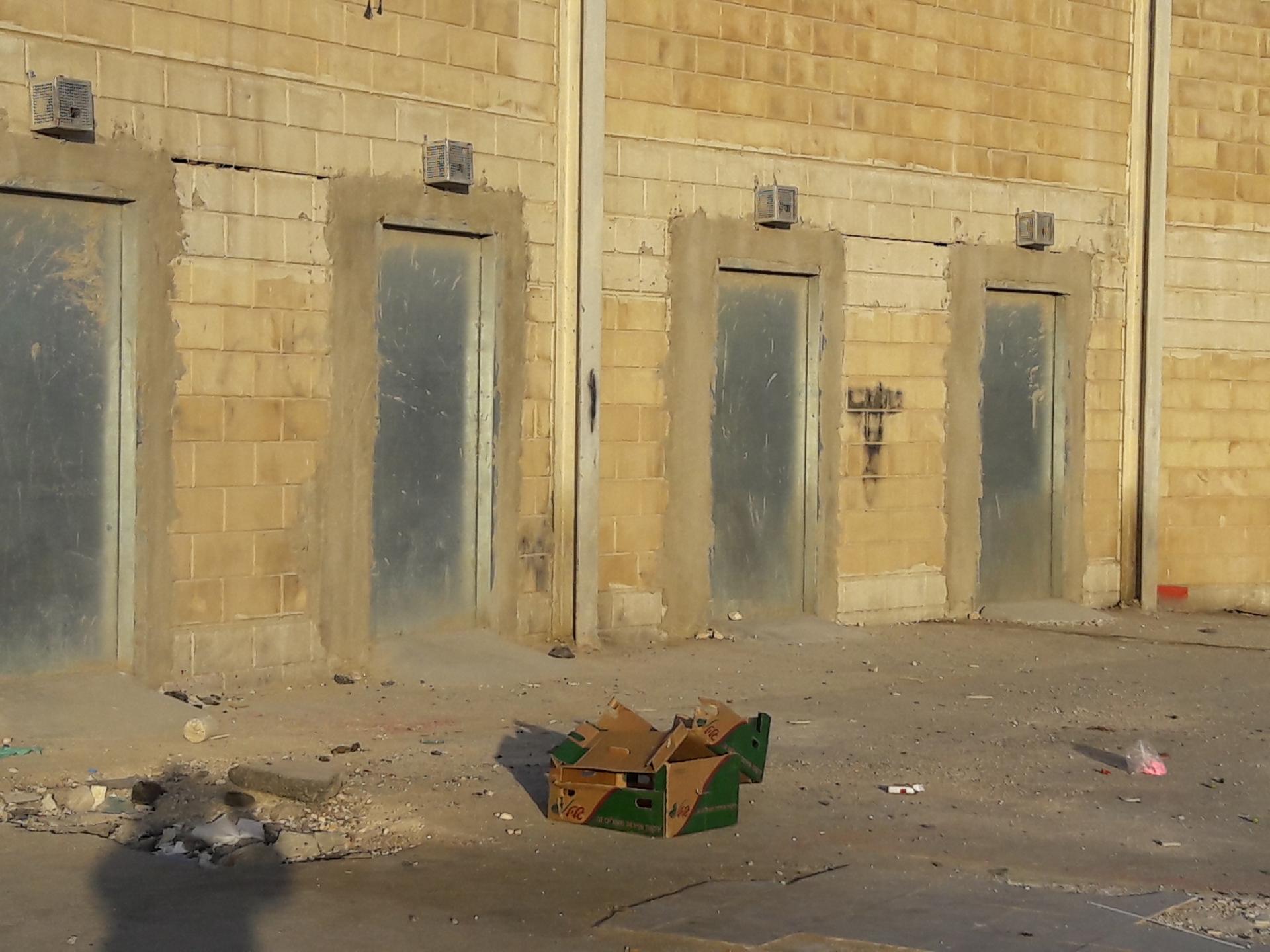 The doors in the wall near the old checkpoint 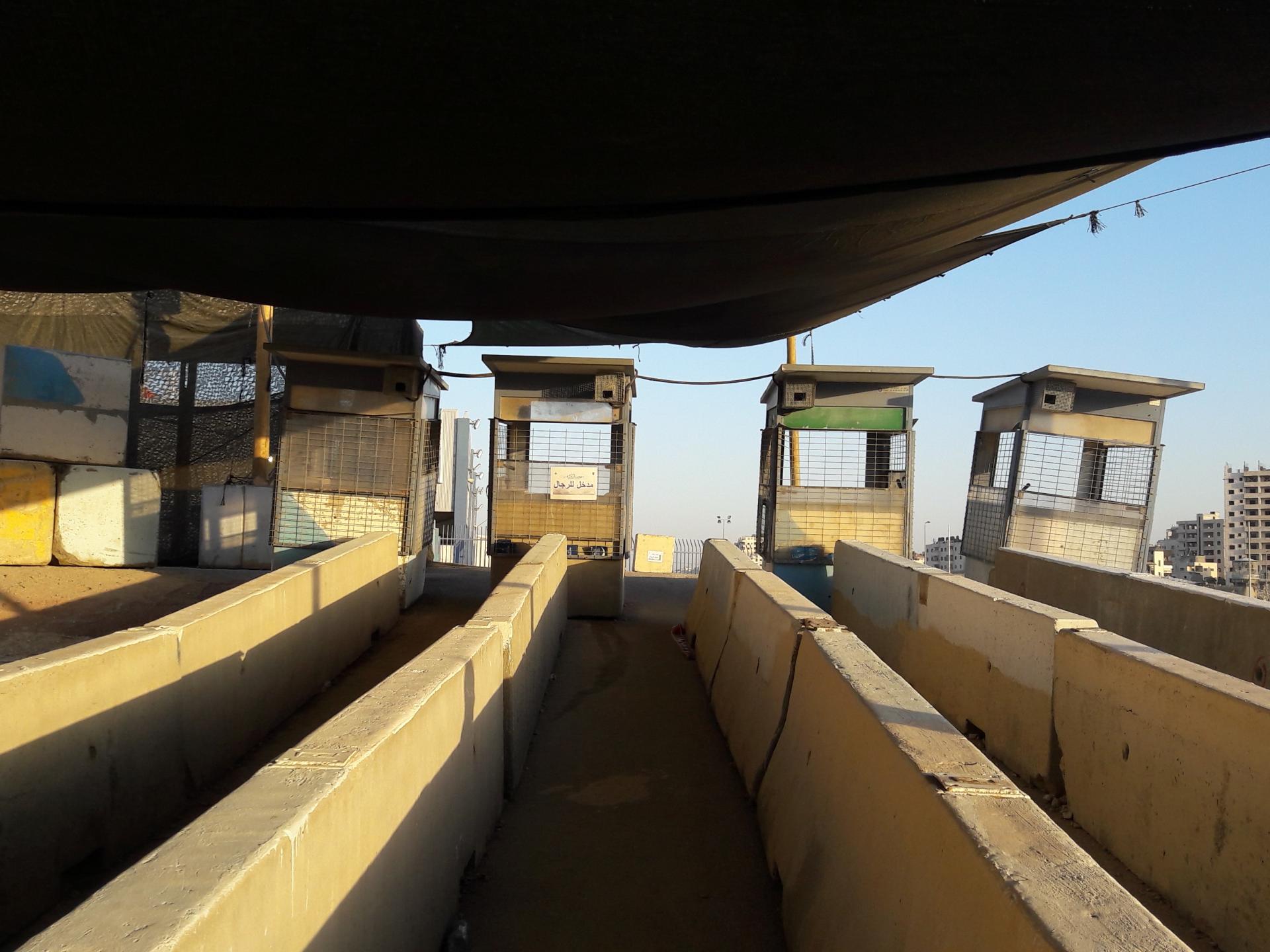 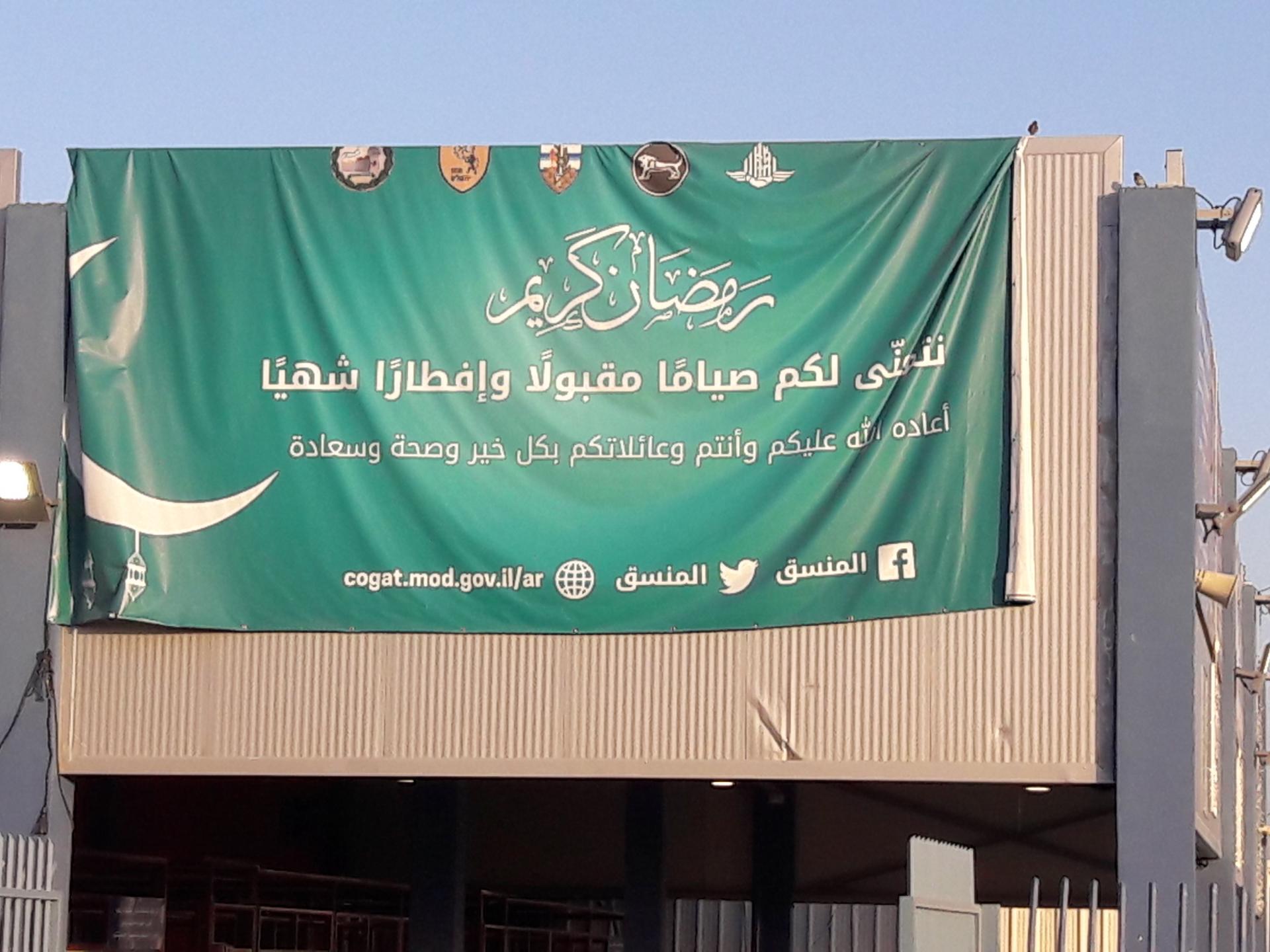 Ramadan greeting sign on the entrance to the new checkpoint 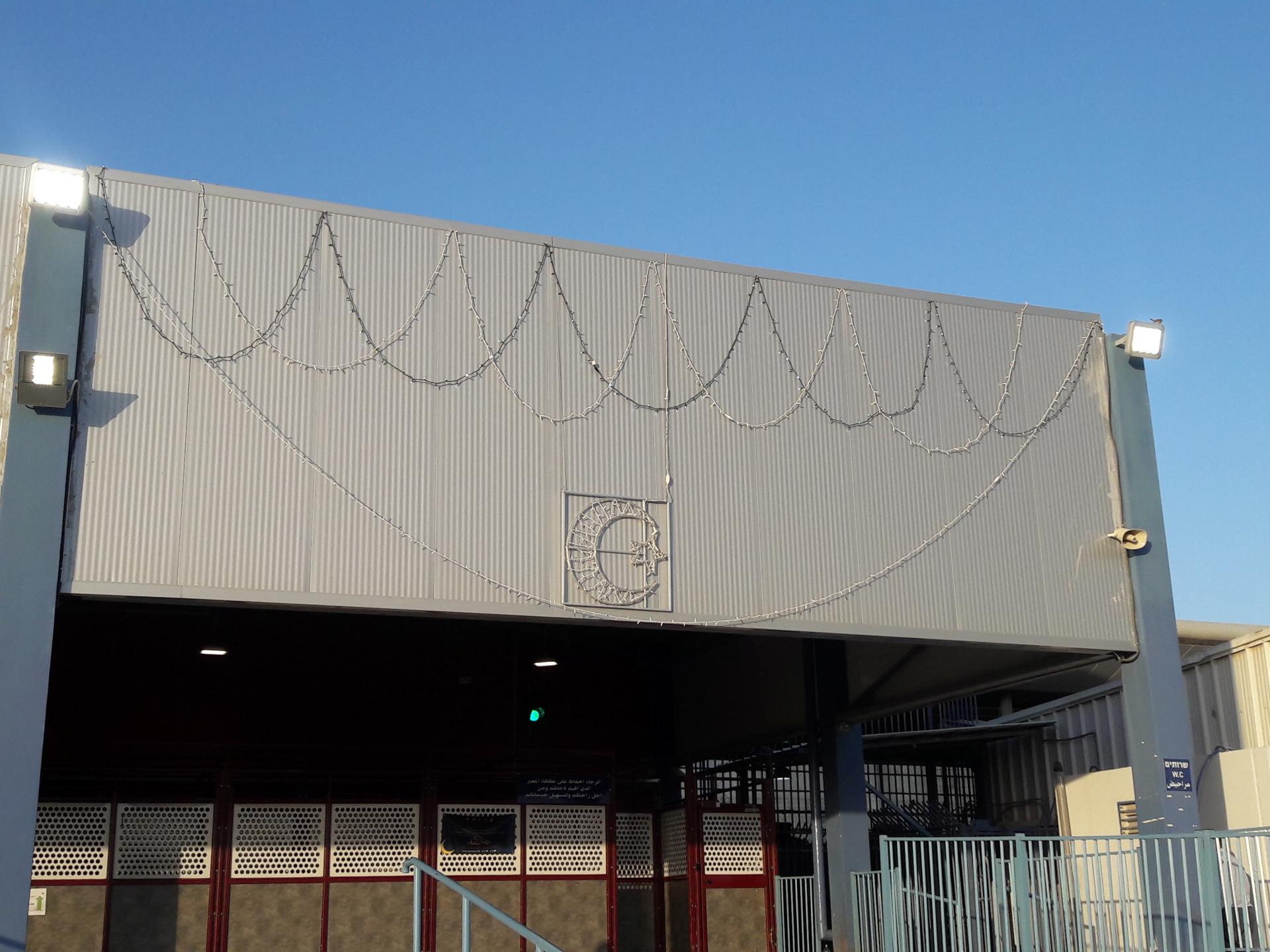 New checkpoint lighting on the occasion of Ramada

We returned to Qalandiya after a long interval.

06.00. We come later nowadays, as the Palestinians also arrive later thanks to the improvements in the checkpoint. There are decorations in honour of Ramadan – but of course the lights are not on now in the daytime.

When renovation began two years ago we saw four doorways made in the wall near to the traffic checkpoint. Now we noticed that there are screening machines on the Israeli side of one of the doorways. Is it here that men pass on Ramadan Fridays, after passing the positions set up on the other (eastern) side of the area?  At any rate, there are signs pointing to the men’s entrances.  Women enter during Ramadan through the old checkpoint shed. Their entrance is marked with just a small sign.

Both checkpoints – old and new – have Ramadan greetings.  And the new checkpoint has decorative lights. It all looks fine and festive - just a pity that it hides the increasing hurdles against people on their way to prayer.

In the checkpoint itself everything was flowing smoothly. Because of the fast, our friend Abu Ramzi was not there selling beigels, and there was no sign of the kiosk.

For a change, the toilets were open – the women’s, that is – with lights and running  water, but they were dirty and smelly.

We stayed about 45 minutes. We passed through quickly, but were called back by a soldier (in Arabic, for some reason: “irja, irja!”). He and a guard checked our I.D. cards for some reason, returning them after a few minutes.

In the café next to the parking lot the tables outside are empty, but we noticed that inside there were some young men smoking and drinking. So apparently there are some people who do this, but they are careful to do so discreetly.

Next week will be Eid el-Fitr, so we won’t be coming. In general, it seems that it is no longer necessary to come every week as in the past.