At the Meitar crossing the parking lot  is full. Today the work will probably end at about one because of Ramadan. For this reason people went out earlier today and the crossing opened at three in the morning.

The Palestinian schools are now having exams and the year will end this week.

There are many children in the streets or working  with their parents.

At the entrance to Samoa and also on the way back there is a checkpoint.  The kit of the soldiers has now had the Israeli flag added to it.

In this picture we do not see the lines and lines of cars which stand (at least 10). The soldiers only allow one car at a time to approach.  Cars going in to  Samoa are allowed to do so without delay.

A flock of sheep with the shepherd delay the cars. The soldiers were busy shouting at the shepherd. 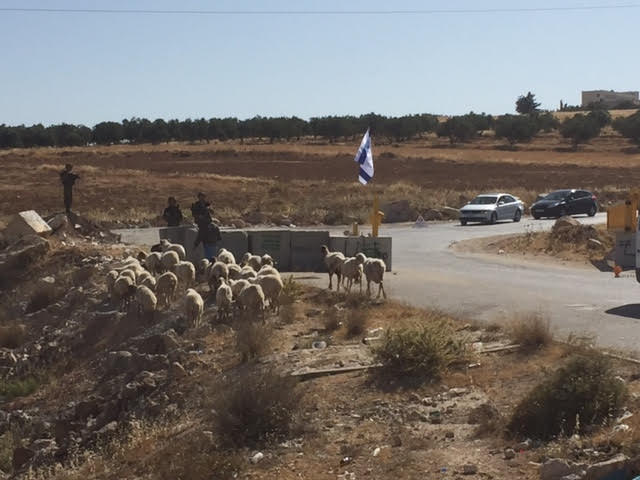 All the way along road 60 and as far as Hebron we see these scattered posts. The soldiers are guarding the road. At least shade has been built  for them. There are reinforcements for the Shavuot  holiday.

At the saddle junction, road 60  and road 35, there is a large checkpoint of Border Police with two women soldiers (such distorted feminism). They only stop taxis. They took off one travelers and left  with him.

We were delayed  by one policeman who told us not to photograph.  In a quiet way he said to us “they are already going” and so the checkpoint was opened. 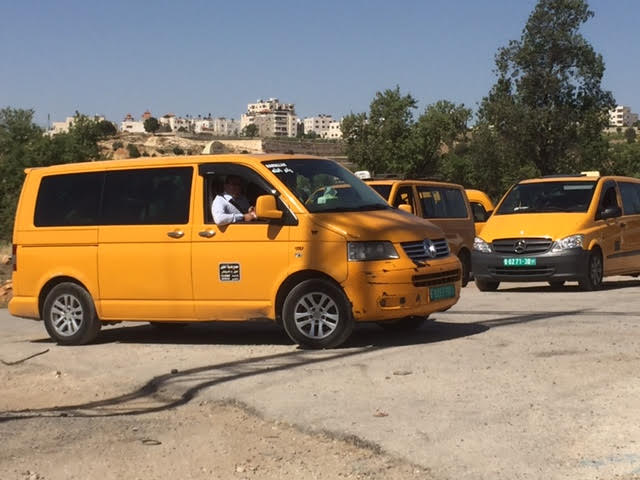 We went into Hebron. Large forces of police and soldiers in every corner guarding the processions of elementary school children of Kiryat Arba. The occasion is that of taking a new torah into the House of Contention. Basem smiles, nods his head and says that there is no way out. We have to go on with Zumud.

On the way to the Cave  of the Patriarchs the Palestinians have  put up colourful flats in honourof Ramadan. 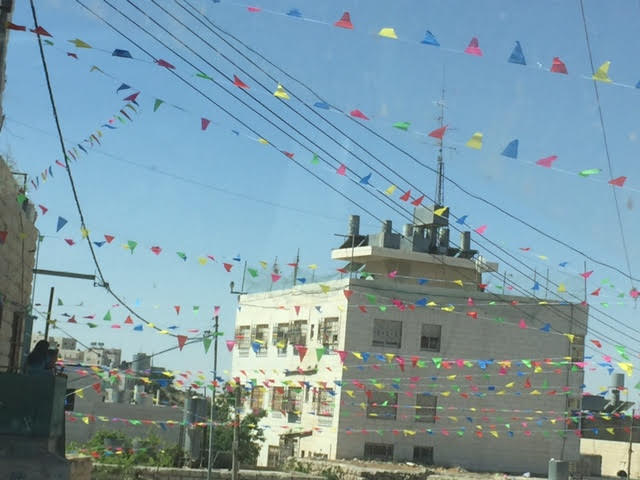 In the meantime I absorb the curses of Noam Federman, Baruch Marzel and others. Their main accusation is that I do not believe in the Bible. In short the terrorist attacks are because of me. As always I do not  reply and this only annoys them more. At the very same place there are posters announcing the festivities with Shlomi Shabat. As far as I am concerned, he is boycotted. 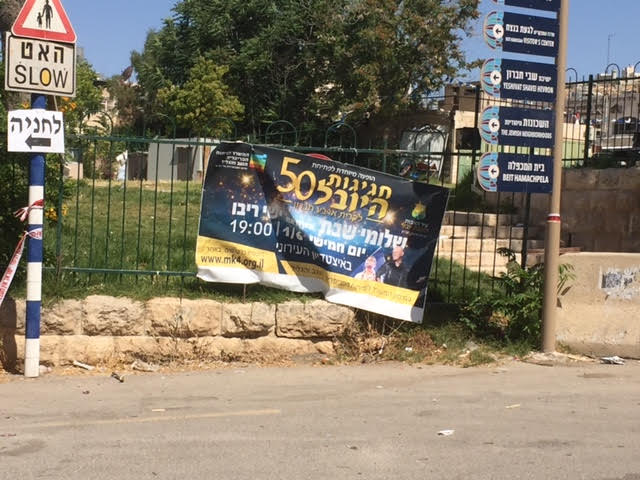 Last week there was a half marathon, a run, in Kiryat Arba and once again Jabקl Juhar was blocked. A A man told us how hard it is to survive there. He and his children have to carry loads of goods,

The checkpoint on Kapisha is nearly ready and in my humble opinion will be activated after Ramadan.  In general this difficult area is beginning to show an almost normal atmosphere and that is frightening.  It is forbidden to get used to the status quo of the occupation .

On the way home we travel behind the car of Bentzie Gopstein of the “Lahava” group.

And today is my birthday. Only 13 years I did not live in the occupation.  When will it end?