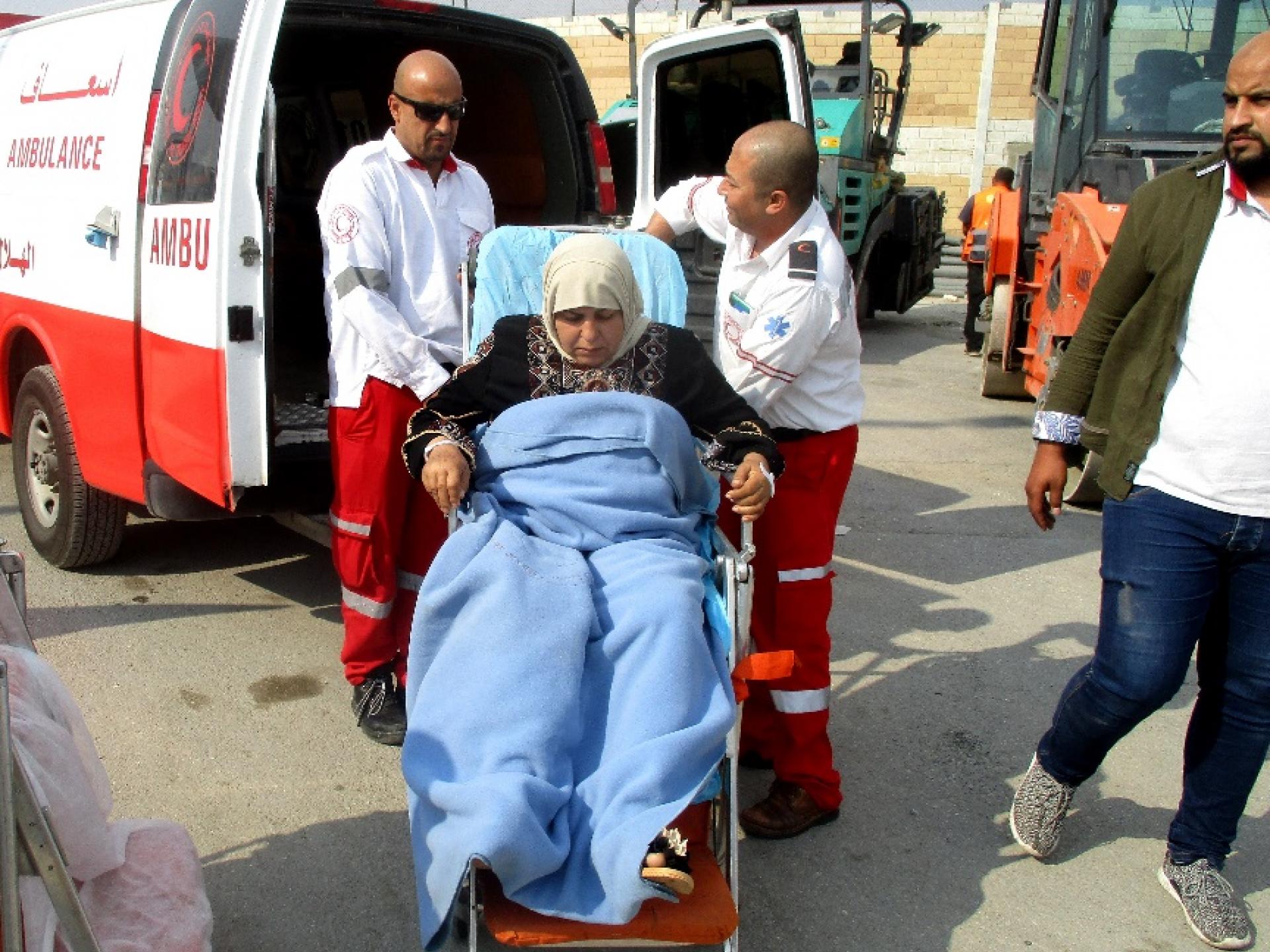 A cancer patient who was sent for radiation treatment to the Mutala clinic in Augusta Victoria
Photo:
Tamar Fleishman

Why? Because in all of Palestine there is not even a single radiation treatment apparatus.

Why?  Because the Israeli occupation authorities do not allow hospitals in the West Bank and in the Gaza Strip to purchase such equipment.

The patients from Gaza and their accompaniers, numbering 12 persons – 4 children, their mothers, another 3 women and one man named Raed who was on his way back home to Gaza after 7 months of hospitalization at Al Najah Hospital in Nablus where he was treated for leukemia. His doctors recommend he undergo bone marrow transplant procedure at the Israeli hospital of Shiba, Tel Ha-Shomer. If this recommendation is approved and lobbying will succeed, and if Raed receives a permit to exit Gaza to the West Bank in order to  get to Tel Ha-Shomer inside Israel, and if the funds will be found to finance this treatment, and if the treatment succeeds – if and if and if, then perhaps, just perhaps Raed has a chance of recovering.

When everyone was already seated in their transport vehicle, and their IDs and transit permits already handed over to the Gazan coordinator who counted and rechecked and made sure the list he received from DCO Qalandiya corresponds to the persons actually inside the vehicle, only then – when all the official procedures were duly performed – did the vehicle take off  its way to return the patients home to Gaza.

And hour or so later, when I returned to  the Jerusalem side of the checkpoint… they were right back there where they had started! What happened was that after driving for some kilometers, a phone call came in from the Civil Administration DCO people in Qalandiya, instructing them to return because there were two more passengers who needed to get on.

The Gaza coordinator called those inside (the Israeli officials) every several minutes and kept getting the same answer: “Wait a little, perhaps another 10 minutes…” After several more rounds of “10 minutes”, knowing their journey was long and that at Erez Checkpoint (entry into the Gaza Strip) there’s a set closing time too, the driver started the engine and they took off again for Gaza.