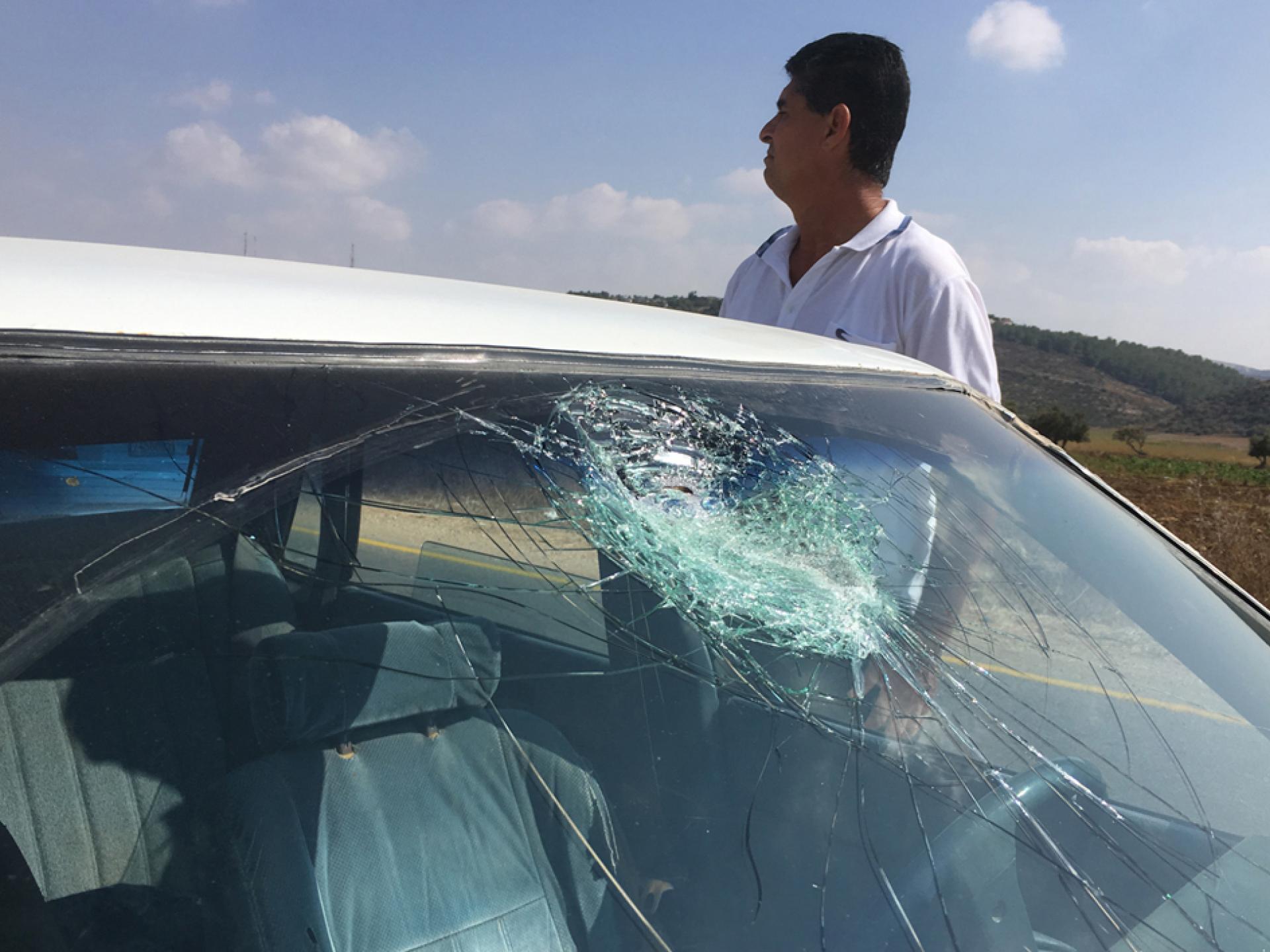 Traffic was moving without delay.  A lieutenant who arrived in an army jeep refused to let us stand and observe in our usual place.  I refused to obey him, but Ruthi walked with him to our car, which was parked south of the junction, where she gave him her ID card.  He notified someone of her name by phone.  She will be flying abroad in a few days.  Will she be put on their list?

On our way to Emricha we stopped by the road that had no shoulders to see why a Palestinian car was parked on the side behind an army jeep. When we got there, a man, a woman, and a teenage girl got out of the car, looking shocked and confused.  Evidently a rock had been thrown at their car and shattered the windshield. They managed to spot a group of boys running into the nearby olive grove. The soldiers, for whom the rock had been intended, gave chase. We did not stay to see what had happened.

We made our way with difficulty through the parking lot, which was crowded with cars and taxis until we reached the new entrance to the terminal.  A., the vendor who claimed that his ID card was confiscated by the director of the checkpoint last week, said he has not gotten it back yet.

There was a lot of traffic of families, who were dressed up and traveling from Tura to a wedding in Um A Reihan. A small van was driving people back and forth. We saw that a line in front of the turnstile on the other side was not moving, and no one was coming out. We tried to find out what was going on. An insolent woman soldier asked: “Tell me, is this checkpoint yours or mine?”

When things began moving again a young man reported: “Whenever there’s a celebration, they make trouble.  They don’t like to see us happy.”

People who have a permit to cross at this “fabric of life” checkpoint must be back by 19:00.  Whoever is late must drive all the way to Barta’a Reihan Checkpoint. For a special occasion, people get special permits from the District Coordination and Liaison Administration, allowing them to return by 22:30.  How generous of them.