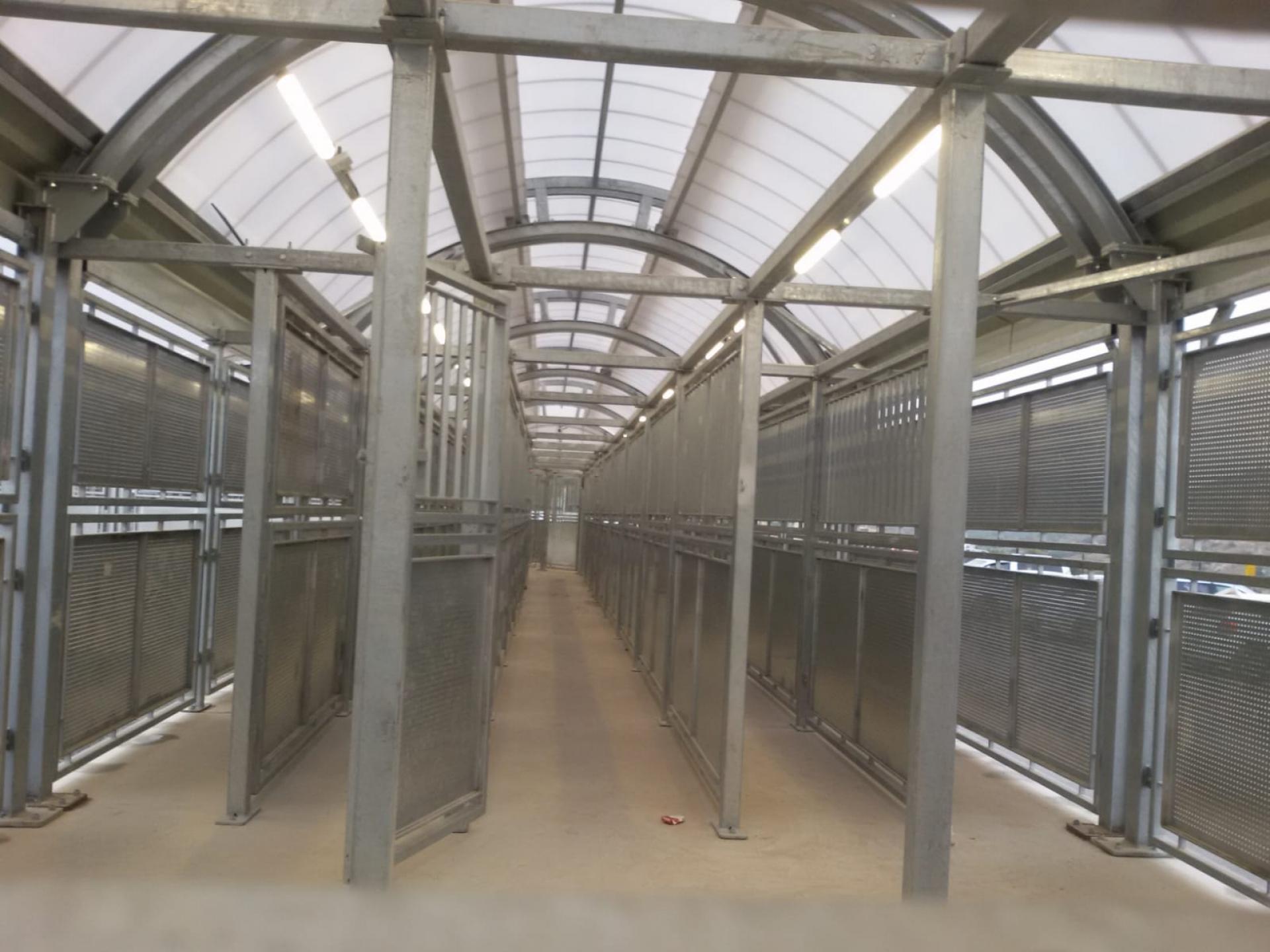 It appeared that the new shed is almost ready to be used.  There were lights inside despite the fact that no one was there and it was already daylight.  Tami called the photos “waiting for the pack.”  This is how the new shed looks as it is waiting for people.  Photo 0000 shows the entrance to the new shed, and photo 0001 view of the turnstiles and the entrance to the terminal from the new shed.  The temporary awning and shelter have already been taken away.  The area that was used for prayers is still there.

The line of people going to work in Israel and in the seamline zone was not particularly long, but was divided into four.  People were very quiet and the Palestinian attendants were sitting in their car without intervening.  Occasionally the line stopped moving for someone to cross the other way to the West Bank or some other reason, but things remained quiet.

We drove to Yaabed – Dotan Checkpoint.  There were Israeli flags flying above the checkpoint.  Alongside the road we saw tobacco in flower and tobacco hanging up to dry.  The checkpoint was unmanned and traffic was crossing through.

The door that divides the terminal into two parts was closed, and only three of the four windows on the open side of the terminal were open.  One of the people crossing said that today things were all right because we were there, but I didn’t think this was true.  People were buying coffee as usual on their way to work from the kiosk belonging to the settler.

We left at 07:30.  Israeli flags as well as a new red and blue military police flag were flying above the checkpoint.