The new location of the Ein Yael checkpoint 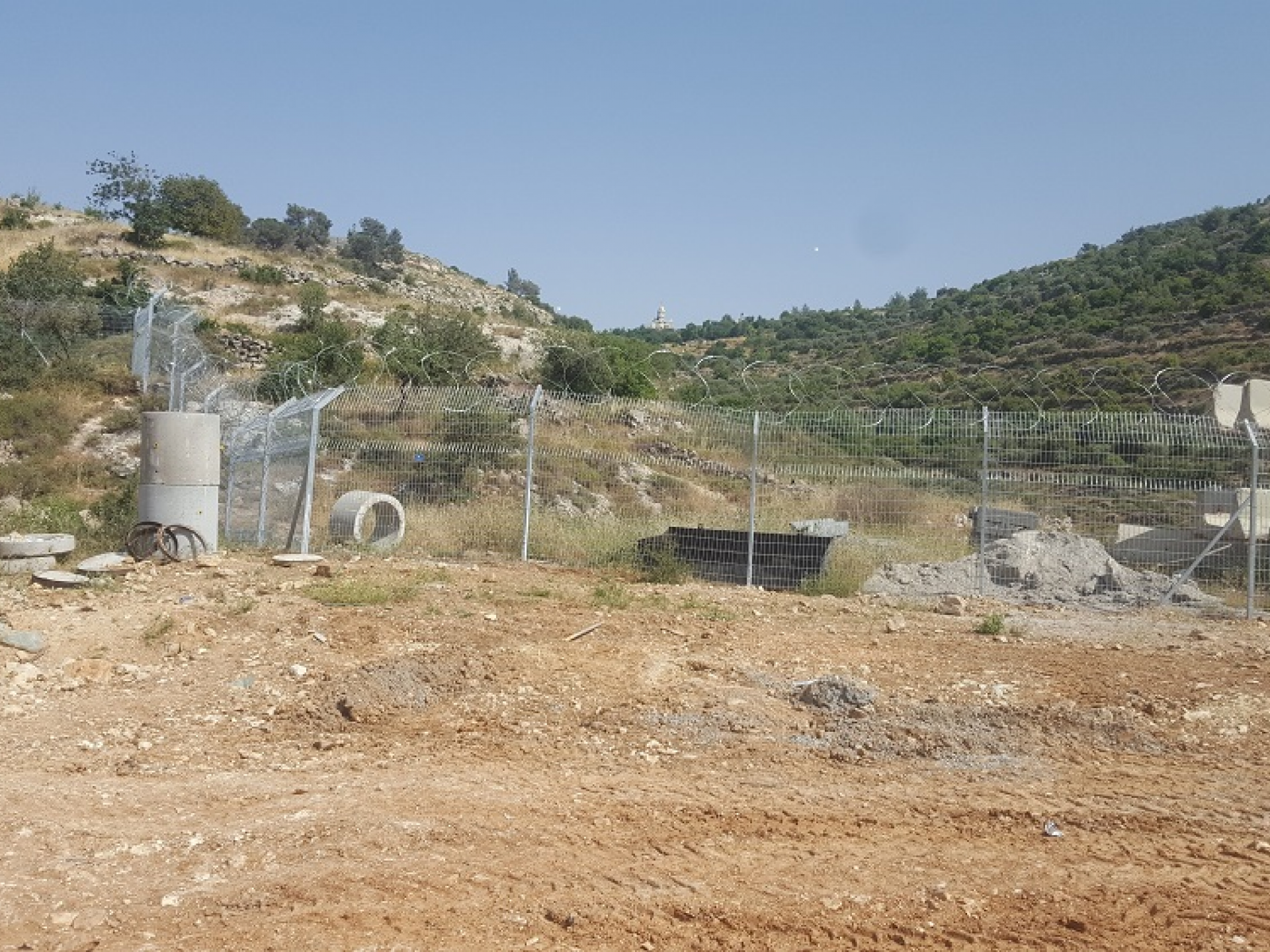 The new Ein Yael checkpoint: construction is delayed, materials are already on site

06:45  No congestion at the eastern edge of the checkpoint by workers waiting for rides to work and for employment.  “Good,” they say in reply to a question about how the crossing went today.  It’s clearly only the first stage on a hot, tiring day of work, and search for work, during Ramadan.

A woman stops us at the entrance to the checkpoint; she’s looking for a way to bring her daughter, who lives in Jericho, to Israel for medical examination.  She says physicians in Bethlehem couldn’t diagnose the cause of swelling and poor circulation in her daughter’s legs.  She tells a sad story about the situation of Christian residents of Bethlehem.  She says they’ve become a minority persecuted by the municipality run by the Palestinian Authority, and discriminated against in receiving services – water, medical treatment, education, construction. Including exorbitant charges imposed on them.

Idit tells her that, in general, the Palestinian Authority isn’t approving transfer of patients to Israel, but we promise to speak with Doctors Without Borders to find out how to help her reach a specialist at a cost that isn’t excessive, as it usually is here.

The checkpoint is quiet; only the two inspection stations distant from the entrance appear to be open.  Not many people are crossing.  We’re told we’ve arrived late; thousands have already crossed and when congestion eases the number of inspection stations is reduced.  A woman who crossed says that women crossed today together with the men, not separately.  A DCL representative from the southern Jerusalem environs says that the representative on the Palestinian side who’s in charge of separating the men and women at the Palestinian entrance to the checkpoint didn’t show up.  The DCL representative answers al our questions very politely; he tells us he looked at our website to better understand our aims.  He says that his approach is based, first of all, on treating people humanely.  The manner in which he’d want people to treat his father had he been required to undergo inspection.  We were glad to hear it.  We ask him about the house blocked by the wall in Wallaja (cf. Nir Hasson, Ha’aretz, 28.5.2019).  He’s not familiar with the matter and promises to look into it.  He gives us his personal phone number if we should need it.

We then drove to the Ein Ya’al checkpoint, located on the road to Har Gilo and Wallaja.  It stands on the Green Line, and only Israelis and Jerusalem residents who have resident ID’s are allowed to use it.  Many inhabitants of Wallaja are in the latter category.  After extensive renovations recently at Ein El Haniya (the pool and spring that residents of Wallaja have used for generations for bathing and recreation) it was decided to move the checkpoint further in, right next to the expanded municipal border of Jerusalem that Israel drew after 1967.  Thus residents of Wallaja will be blocked from reaching the pool and spring.  Is that the only reason for moving the checkpoint?  It seems so.  It is known that Wallaja is surrounded by a wall that cut off its connection to the Cremisan Monastery, to Beit Jalla and to the hillside terraces worked by village farmers.  Will now their access to a traditional recreation area also be blocked?

We photographed preparations for erecting the checkpoint.  Work has stopped for the time being; it isn’t clear why.  Villagers say the army isn’t pleased with the exposed location, and perhaps a court case has been filed to move it more than a kilometer from the Green Line?  We’ll try to find out.

Located adjacent to the Separation Wall ("Jerusalem Wrap") at the north entrance to Bethlehem, this checkpoint cuts off Bethlehem and the entire West Bank from East Jerusalem, with all the serious implications for health services, trade, education, work and the fabric of life. The checkpoint is manned by the Border police and private security companies. It is an extensive infrastructure barrier and is designated as a border terminal, open 24 hours a day for foreign tourists. Israeli passport holders are not allowed to pass to Bethlehem, and Palestinian residents are not allowed to enter Jerusalem, except those with entry permits to Israel and East Jerusalem residents. Israeli buses are allowed to travel to Bethlehem only through this checkpoint.
The checkpoint, which demonstrated harsh conditions of crowding and extreme passage delays for years, started employing advanced electronic identification posts and has upgraded its gates