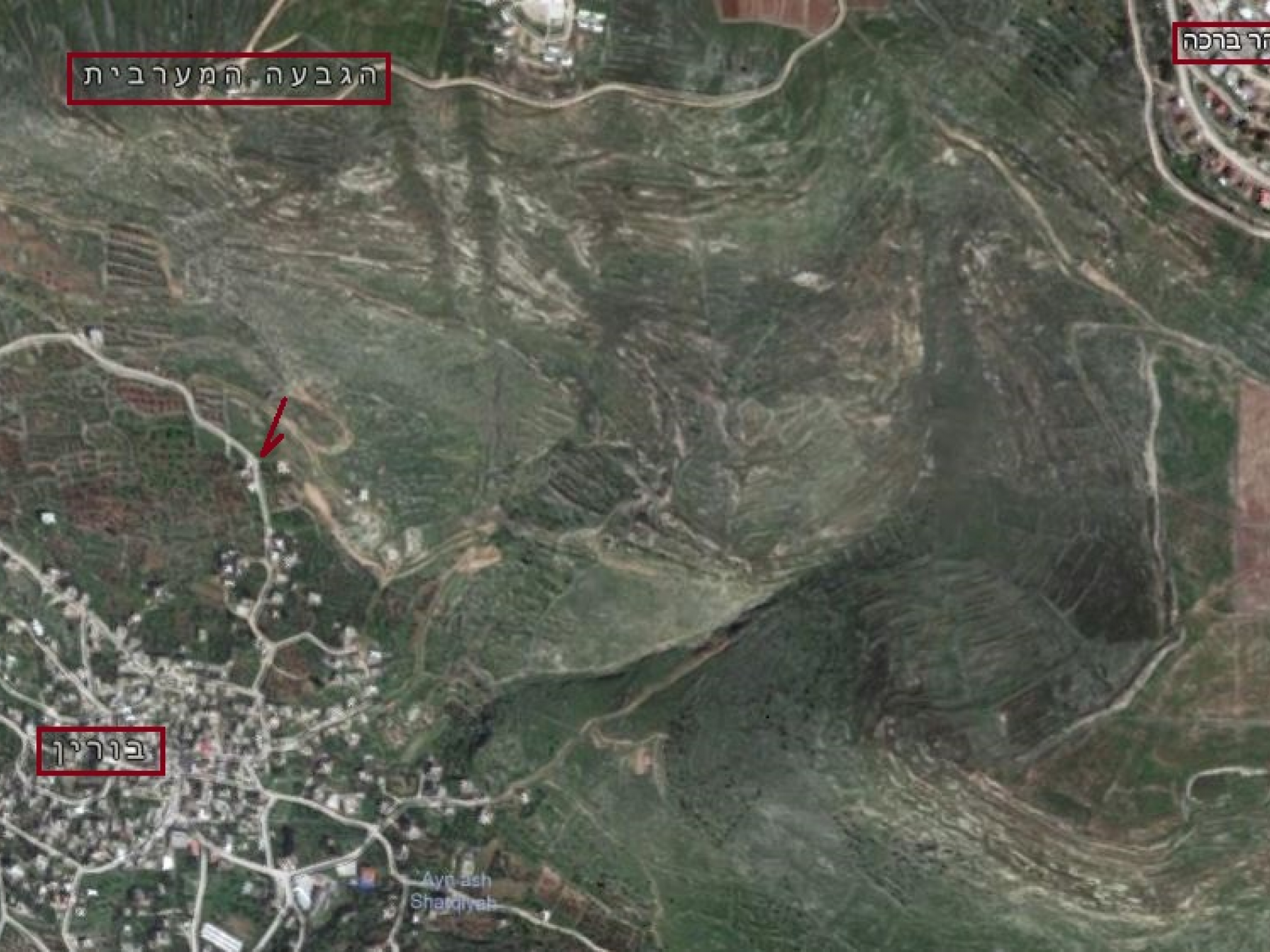 Bourin: the lone house down the hill from the settler-colony Sneh Yaacov, targeted for settler-colonist attacks
Photo:
Nurit Poper 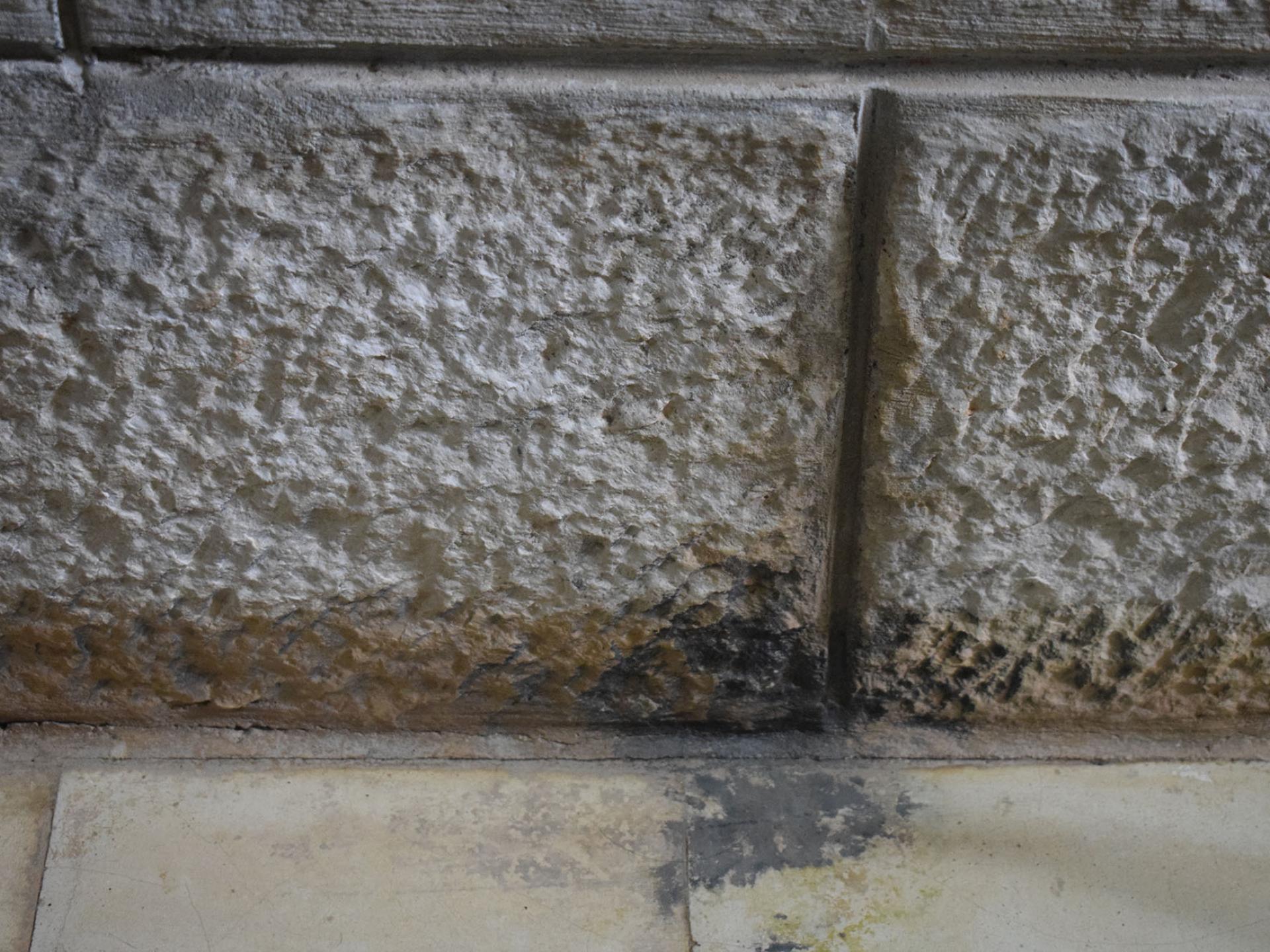 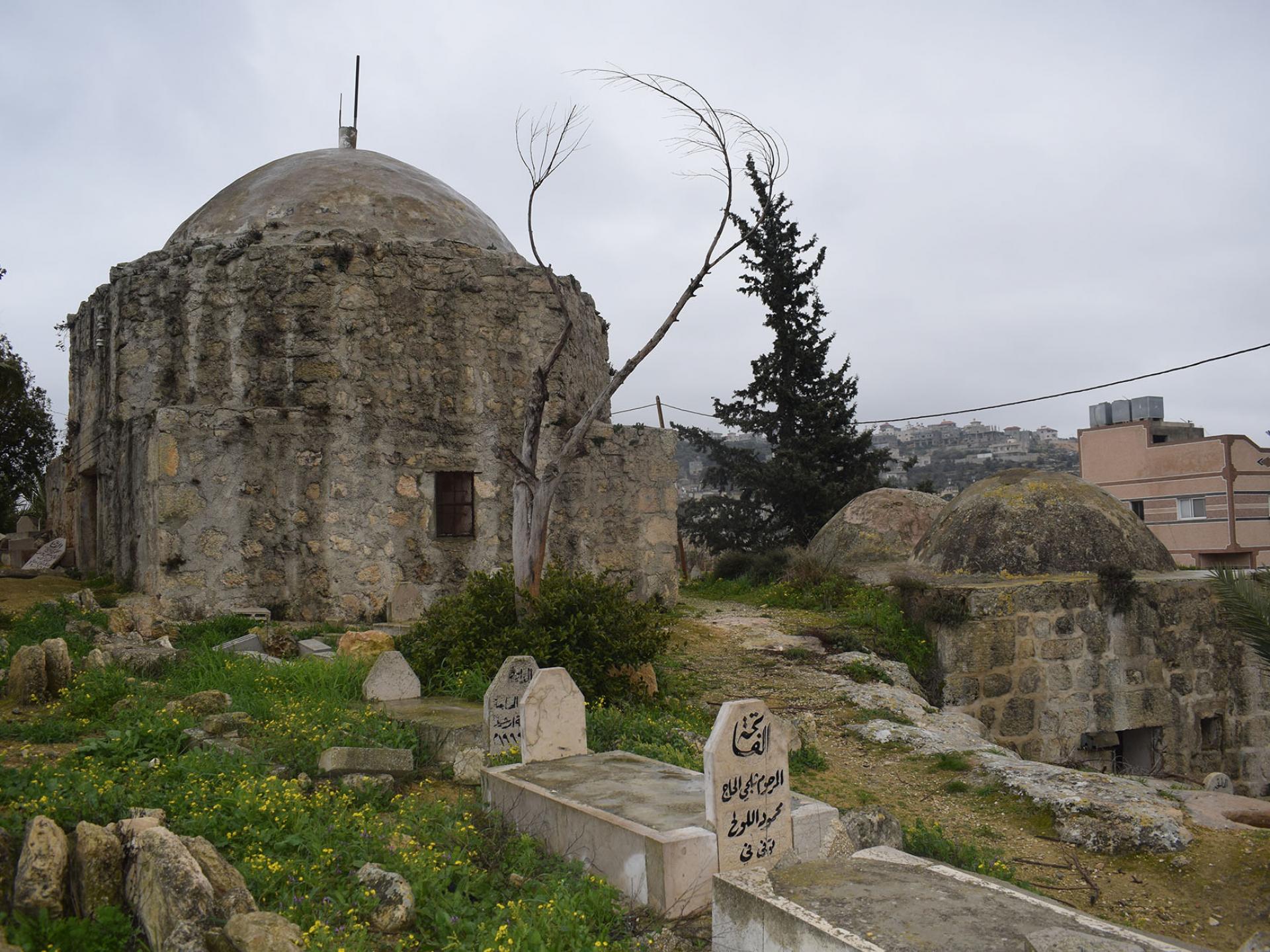 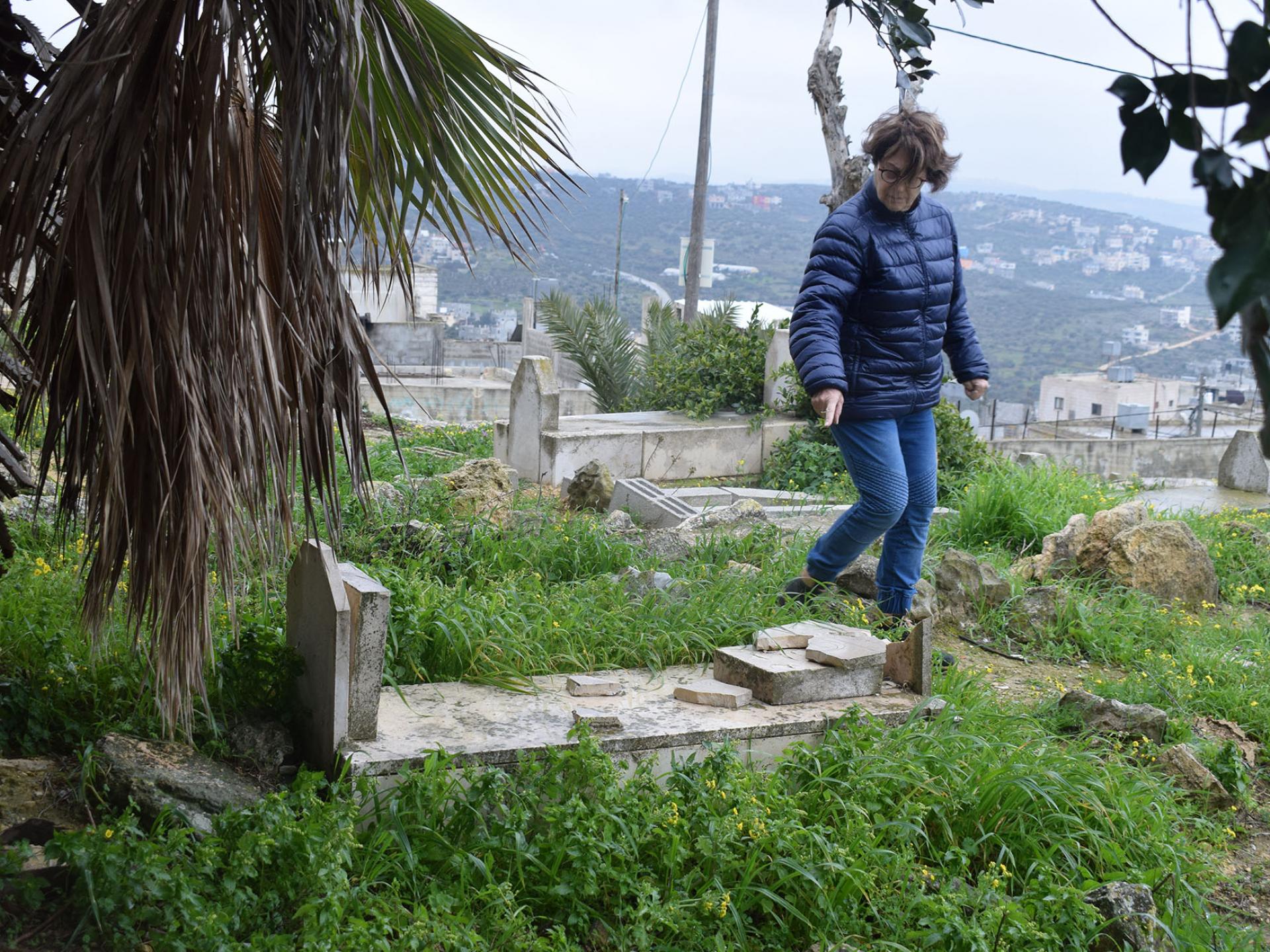 When the Jews celebrate, the Palestinians are shut in their homes

The festivities take place around the Jewish-sanctified sites inside the village area: the tomb of Elazar, son of Aharon the Priest, the tomb of Itamar, also a son of Aharon the Priest, and the cave of the Seven Elders. The local Palestinians report that the Israeli army imposes a curfew on the entire village at 10 pm. Even if this is announced a week in advance, it provides no relief for the villagers. From 11 pm on, a large crowd of settlers arrived, in 7or 8 buses filled to bursting. The streets of Awarta village leading to the maqams (holy sites) are filled with shouting, clapping, and dancing. The villagers are forced shut themselves up in their homes, their sleep is gone, and their lives are out of their control. This goes on for 6 hours of the night. The settlers who come to prostrate themselves on the tombs have developed a hobby of “smashing gravestones” – a sacrilege against the Muslims buried in the cemeteries near the maqams. In the past, we were told that a man from the Itamar settlement used to enter the village shops and throw his weight around. Now the Itamar settlers do not enter the village, but they do harass the Palestinian farmers who work near them.

Beyond all this, the usual problems of unemployment reign. M. and his cousin ask us to help get them off the official blacklist so that they would be allowed to enter Israel and find work. The roads inside the village are rugged, although some work is being done, supervised by the head of the local council.

Settlers from Har Beracha settlement and its outpost Sneh Yaacov come down in their mini-tractors and motorcycles and harass the lone house that stands in their way, isolated from the rest of the village homes (see map). The house used to be inhabited by the son of the elderly couple, who live there now, and his family. However, he and his family have now moved for fear of these attacks. The parents moved in – in his stead – but now the old woman is afraid that her grandchildren will be too scared to visit her, so she cannot host them in her house. The family still remembers that about four years ago a family with a baby

lived there. The settlers threw a burning object into the bedroom, which set the baby’s crib on fire. The parents caught the baby and escaped. The elderly couple’s daughter showed us a bag of smoke and teargas canisters that were thrown at and into the house and were collected by her as evidence.

For a long time now, the family has requested the Palestinian Authority to build a fence around the house for protection, but so far nothing has been done.

Yesterday, a 12-year old girl who suffers from Down’s Syndrome has climbed up the hill to the settlers' outpost. The villagers went out to look for her but the settlers came down towards them and prevented them from going uphill. Eventually, the army came and the soldiers heard what this was about, and only then she could be found and taken home.

The mini-tractors and motorcycles come down nearly every day and ride around the village alleys. The children are frightened, running away from them.

D., a woman from the village, has complained that even on days when she is permitted to harvest her olive trees (merely three days out of the necessary two weeks), even then the Israeli army and the settlers stop her and do not let her enter her olive grove, despite of her permit. This year, as a result of the meager crop and the harassment of the harvesters, the family was forced to purchase oil – an act that has never been necessary before.