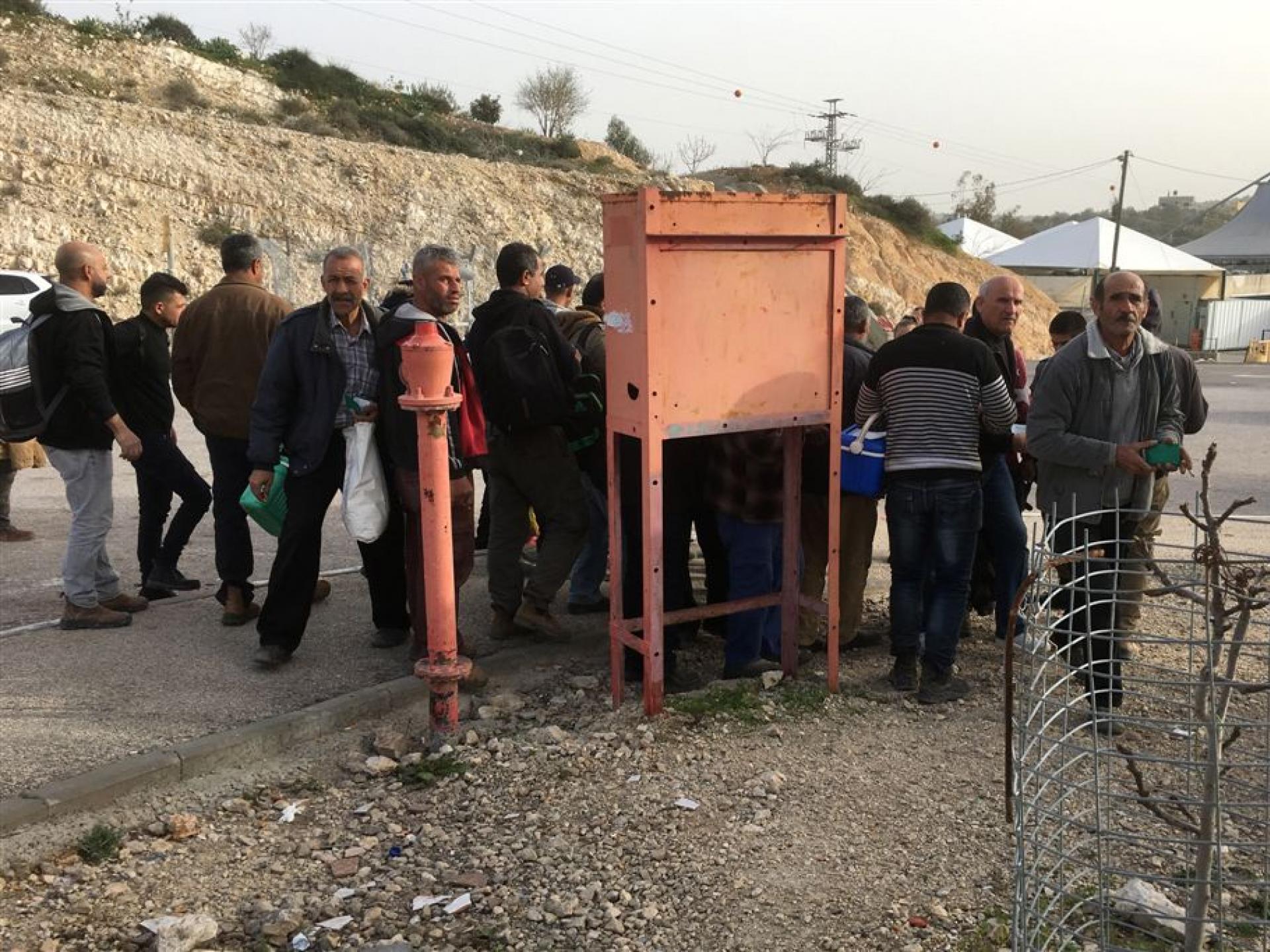 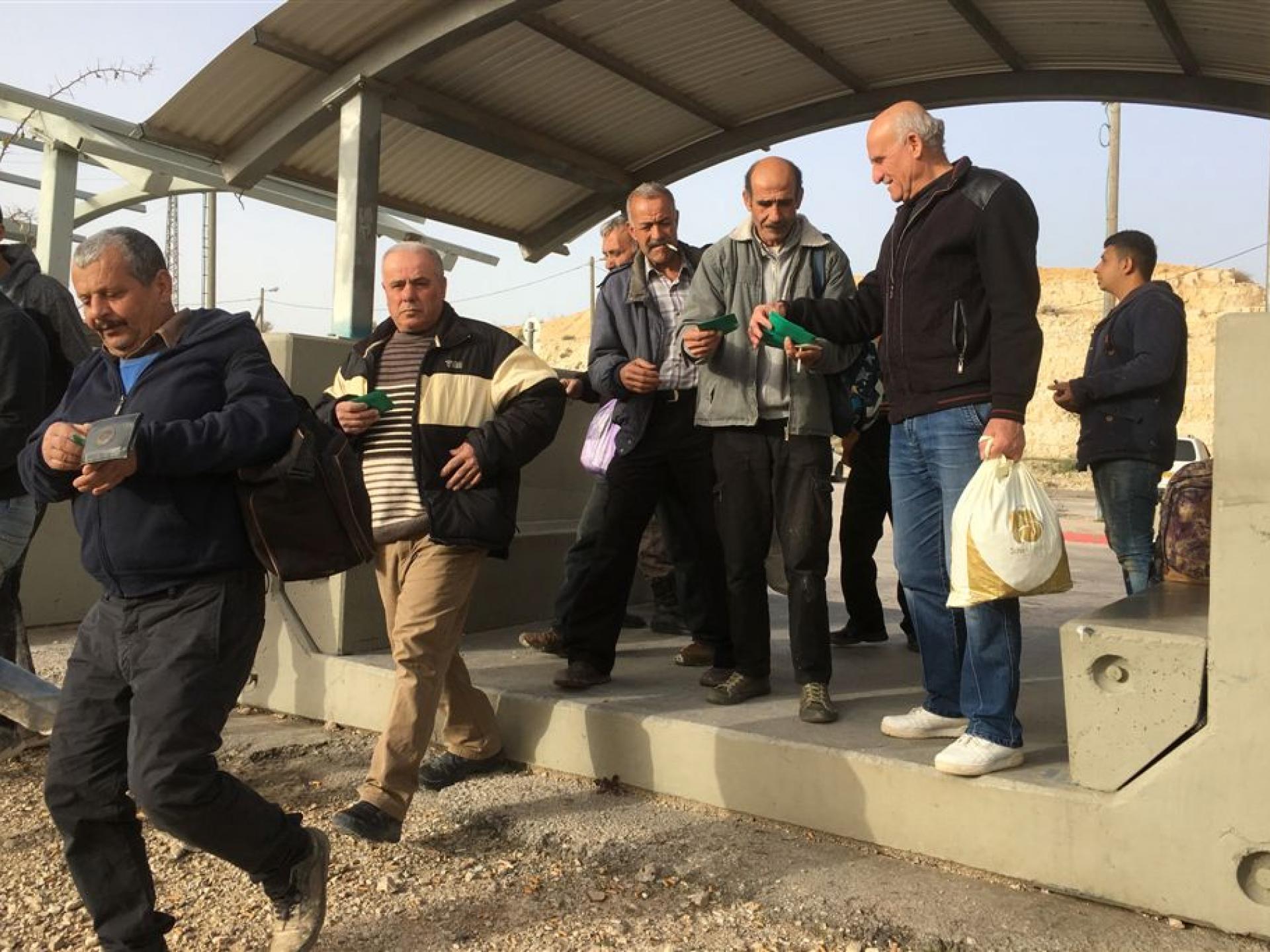 On our way to Ya'abed something stops us - an unusual crowd at the side of the road north of the checkpoint. We parked to look. The Border Police (men and women) stopped all those returning from work in the seamline zone and Israel, and they had to wait obediently while their documents and permits were being checked. Some of them waited until their issues was cleared up by phone. The elderly were sent to wait in a shed, but after a few minutes those over age 55 were allowed to go on their way. At 15:45 the police crossed the checkpoint and passed to the West Bank (we could not see where) and we continued to Ya'abed. We stopped at Umrikha to photograph the "firing zone" warning sign that has been placed right in the village!

Cars coming from Area A Jenin , are stopped to have documents checked. Cars in the direction of the West Bank are directed by a woman soldier towards the dirt road that bypasses the checkpoint on the left, so that sometimes cars obstruct one another and there are traffic jams. At 16.20 there was quite a long line and the checkpoint was full.

People greet us an say, “They pushed us like donkeys.” Who pushed? “Border Police.” The new crossing is like a cage, where on most afternoon hours the workers pass through quickly towards the transport area. Today it was full of irritable people holding green identity cards. Border Policemen - whom we had seen at the beginning of our watch – stopped, checked, and apparently also pushed people back. It turned out that they had been there for more than an hour and caused great tension. At about 17:00 they left, taking with them four youths. 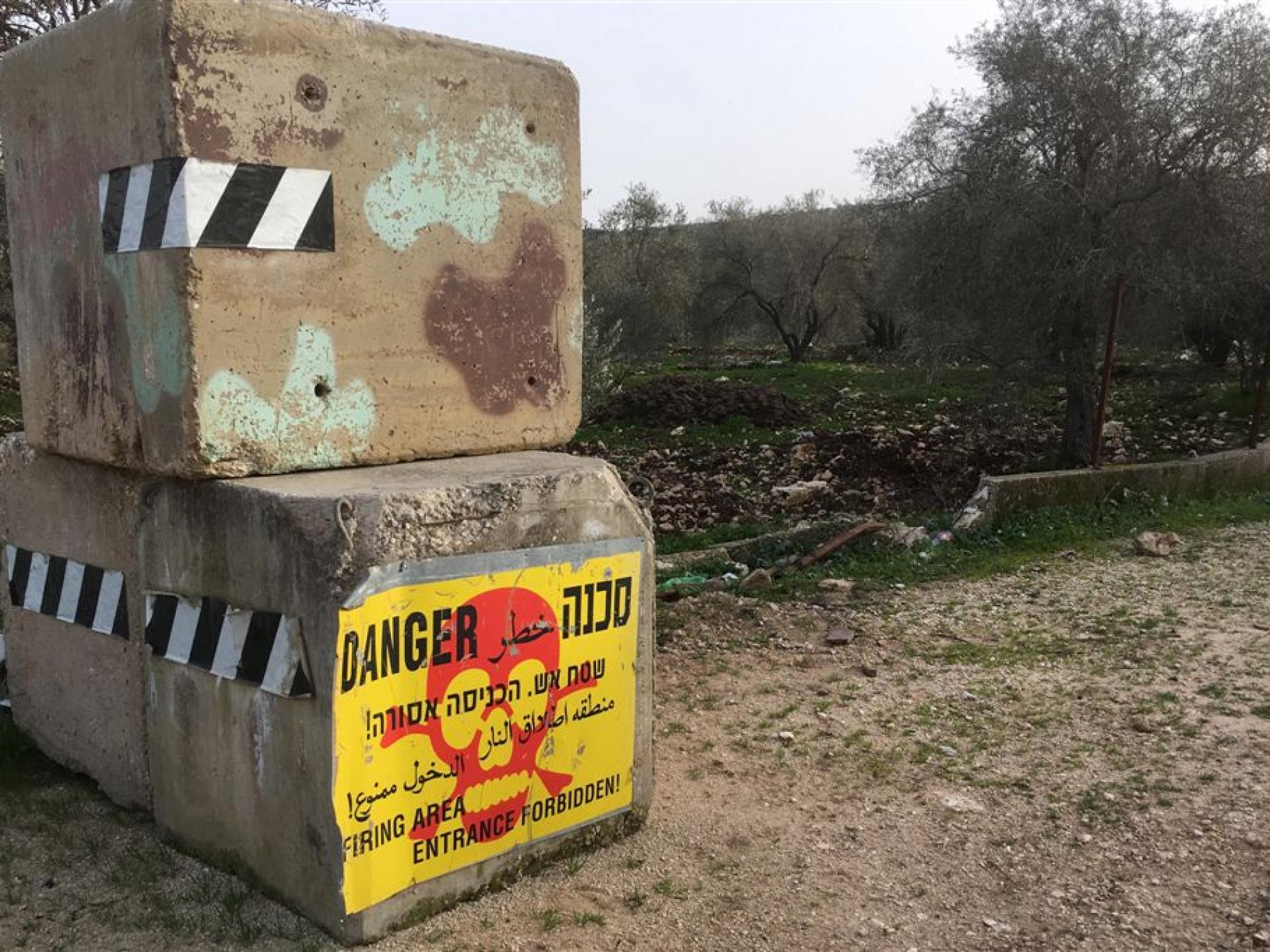 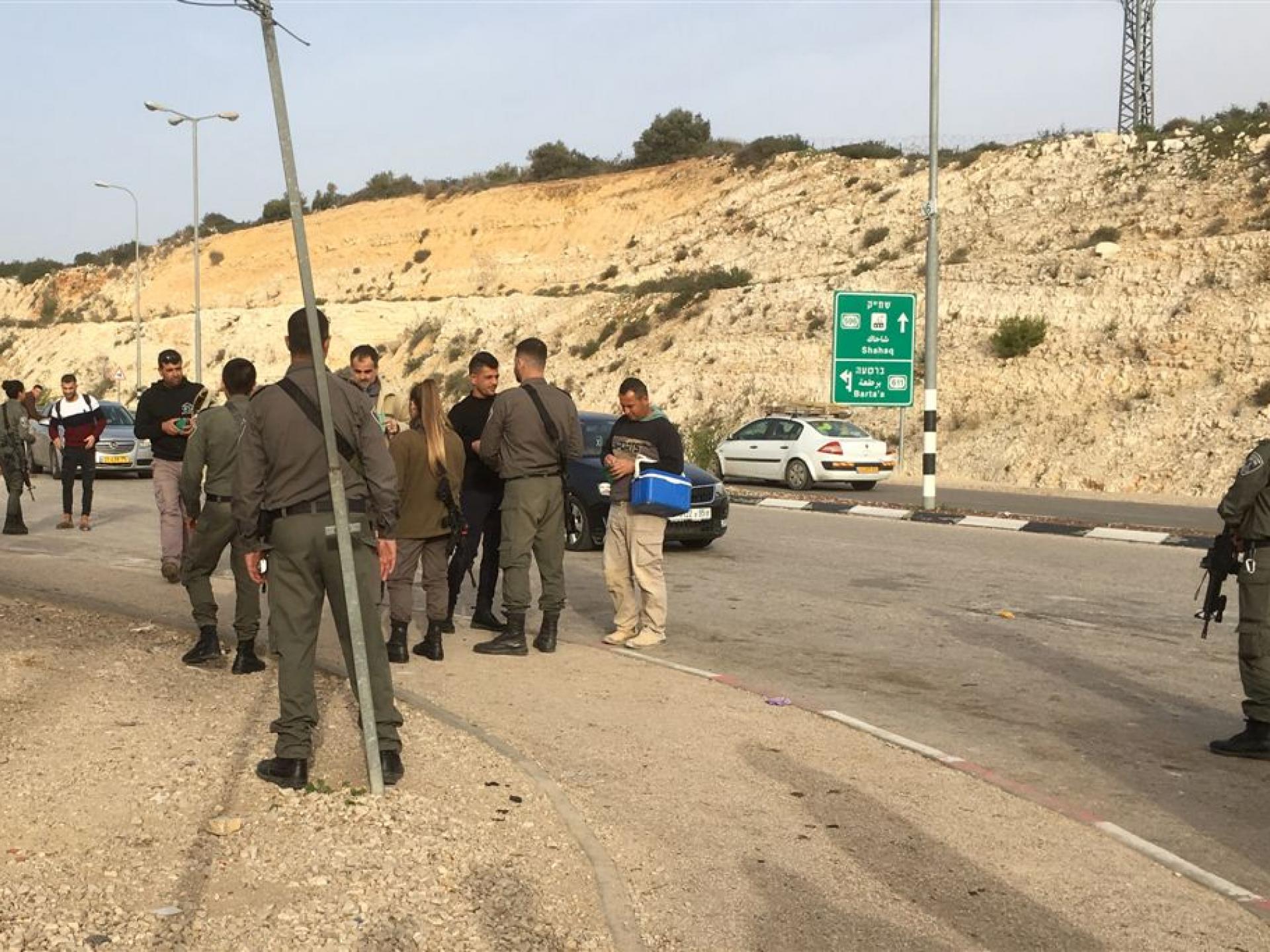