Posts are being built for soldiers at the entrance to Hebron in the direction of Bani Naim. The occupation is using cement barriers.

His attempts to reach the judicial authorities and purge himself of an accusation unknown to him symbolizes the embarrassment and helplessness of the person under occupation. S. is the brother of our friend, B. of the Zion Route.  He makes a living from the agricultural tools which are in his possession. On Thursday these were confiscated by the civil administration. He had been hired by a landowner located between the Sheep Junction and Yatta. The Civil Administration thought and still thinks that the lands are located in Area C and are considered state lands.

We cleared this with Dror Etkes and it turns out that indeed this is the case, and all that remains is to give S. telephone numbers of lawyers. At the Etzion DCO, to which  they took the tools in trucks, they did not answer him. Nor did they allow him inside to talk to anyone when he got there.

Hopefully the Rabbis for Human Rights will be able to help him. We just did the connection. The bureaucracy of the occupation raises the issue every time anew. They are not transparent to the system, but  they are dirty and you have to somehow wipe them off the map and and every way is grist to the mill.

Pictured below: One of the notices which has been left  on the ground.

The soldiers’ post which guards the settlers of the House of Rachel and Leah….this is what every Hebrew mother should know.
The cement barriers have been taken down and not the soldiers can stand here….and this is just the beginning. 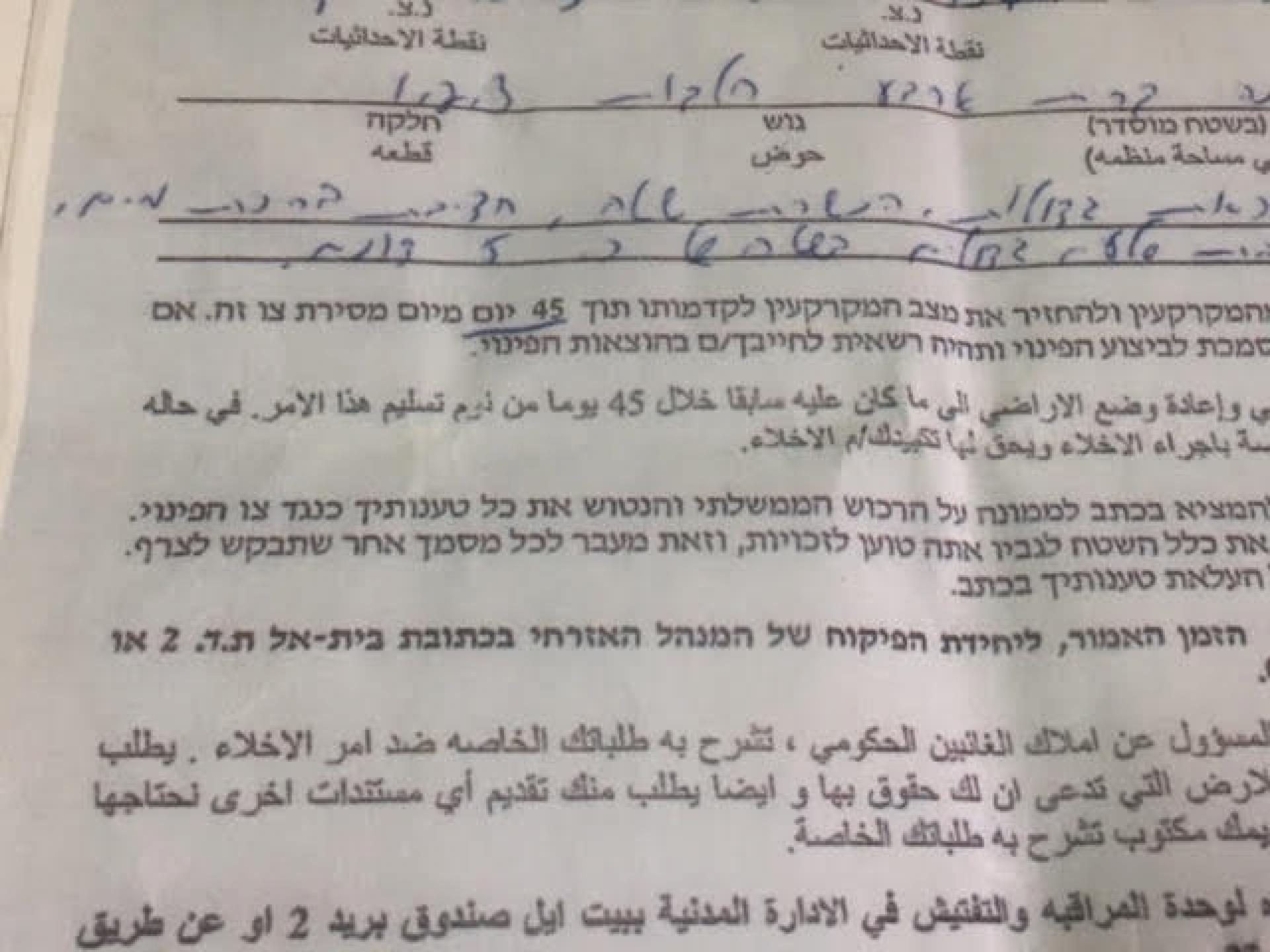 The document that was thrown on S.'s land 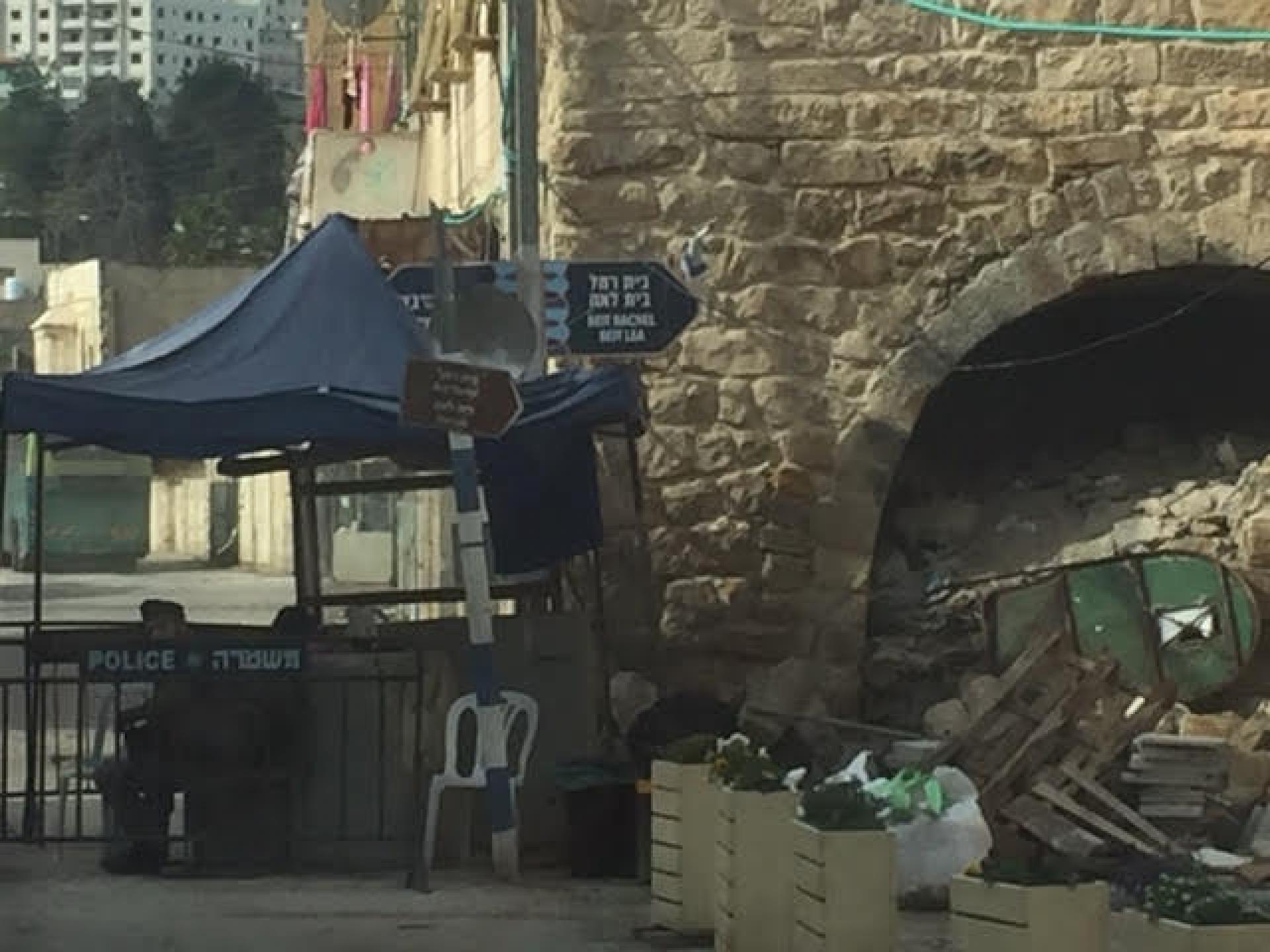