Northern Checkpoint: 50 kilograms of olives on the back 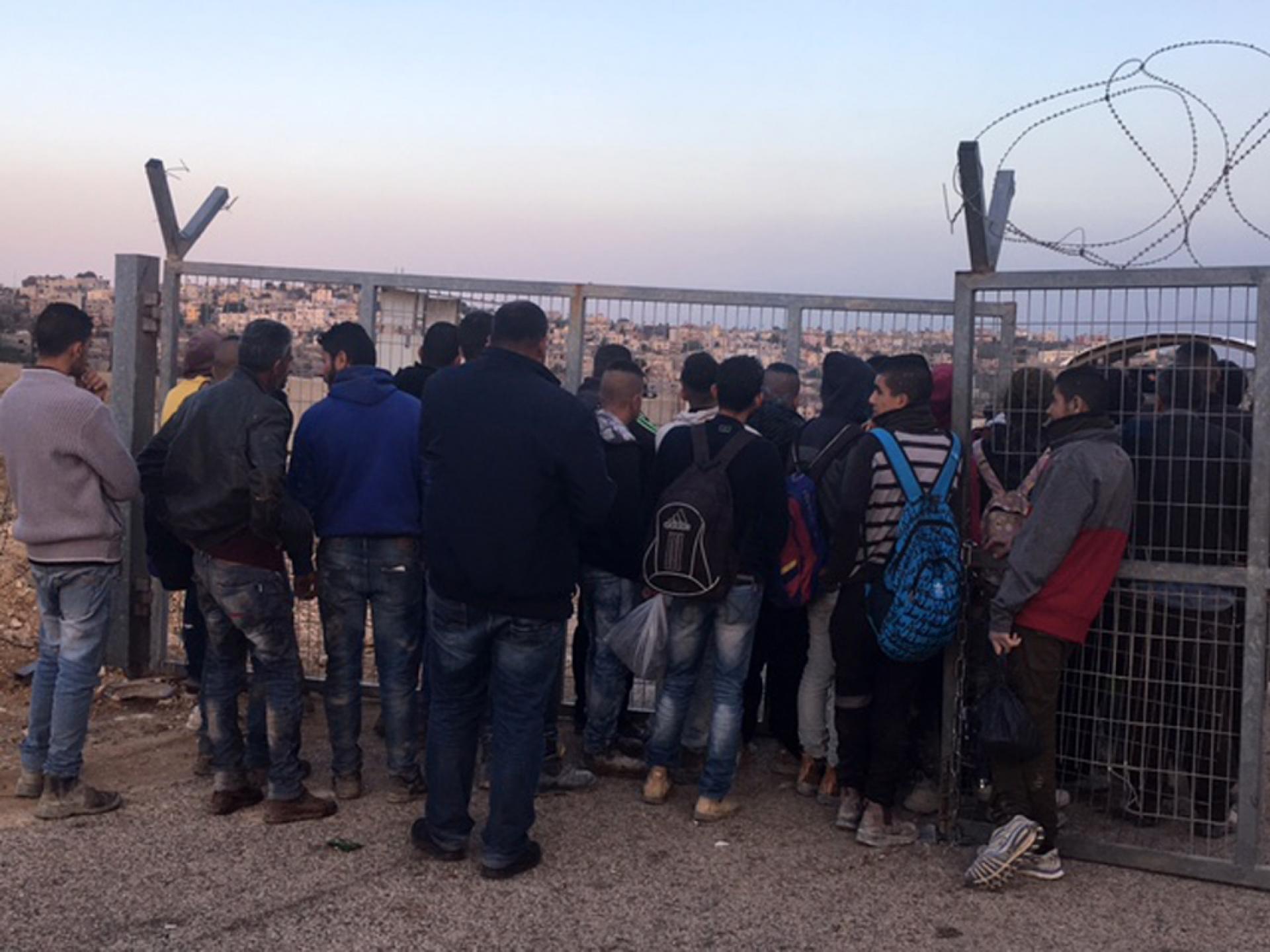 A'anin Checkpoint: People crowding at the gate on the way back to the village
Photographer:
Elijah Levy 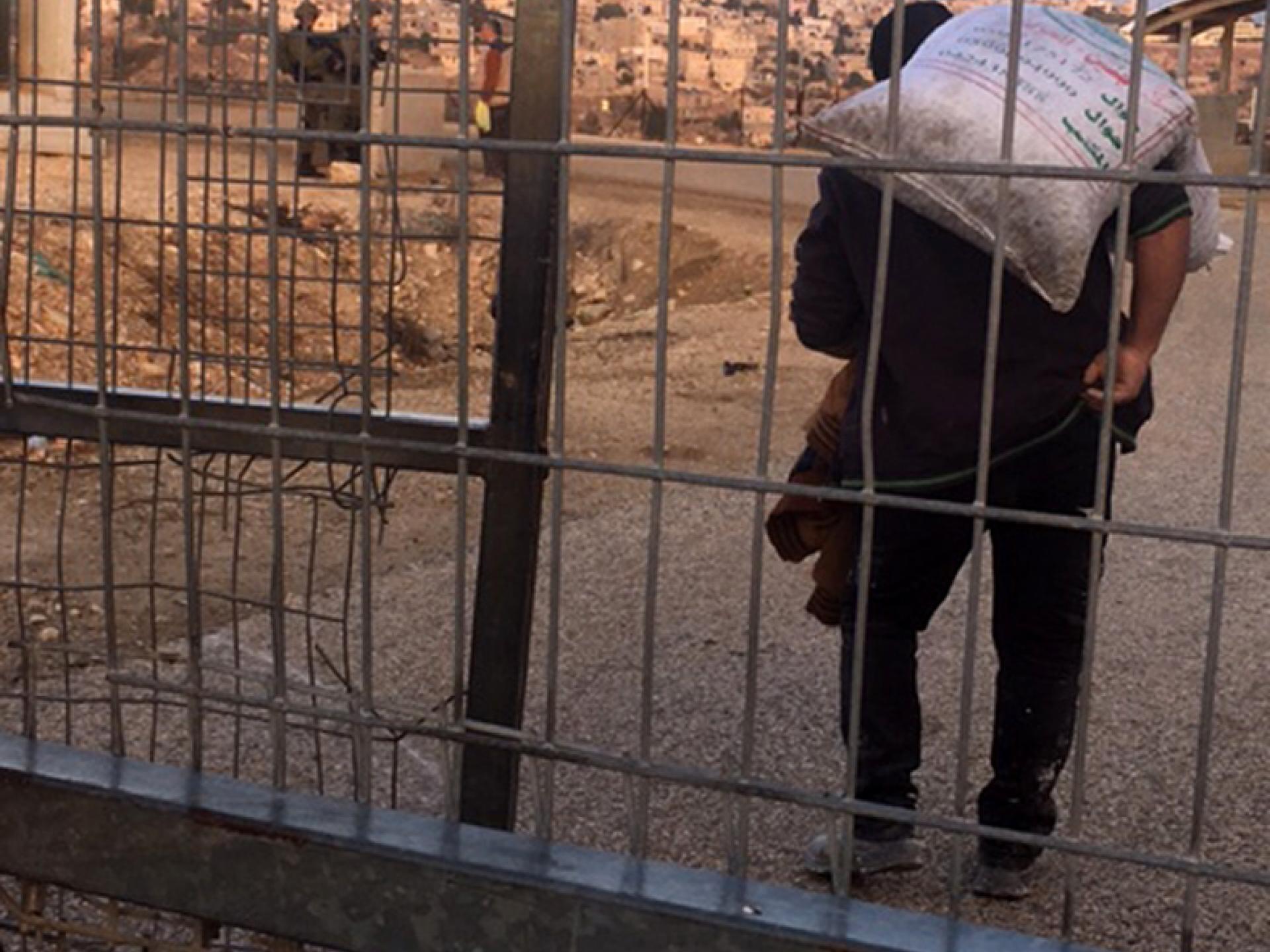 A'anin Checkpoint: 50 kilograms of olives on the back
Photographer:
Elijah Levy 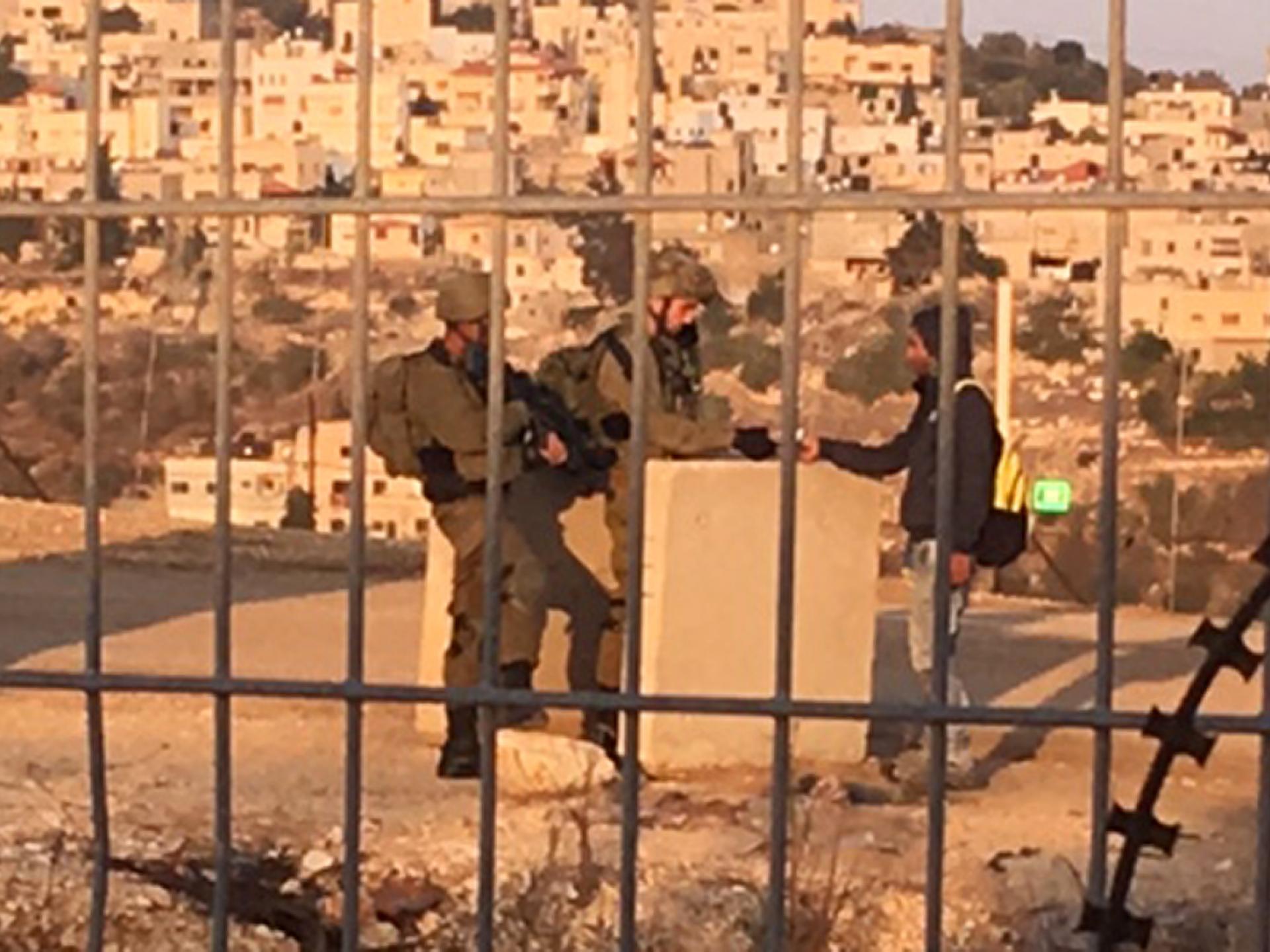 The checkpoint is quiet.  Three soldiers are talking at the lookout position.  A car approaches the stoplight and a woman soldier goes down, inspects it quickly, and lets it pass.  Three people are waiting for a ride and don't need to ride with us.

The soldiers opened the checkpoint promptly on time.  About 25 people are waiting at the gate that was only open a crack between its two sections.  When we asked we were told that the people had decided to wait in line today in order to avoid disorder.   Afterwards we understood why: they were called one by one to have their documents and belongings checked.  One person remarked sardonically: "You would think that we are going to Tel Aviv!  We are going back to our village!"

By 16:15 the slow routine of one by one is wearing on the patience of the people who are waiting and disorder begins next to the gate.  A man and a teenager approach the soldiers together.    The soldier shouts at the youth to get away, and the man explains that the teenager is his son but the soldier is not convinced so quickly.   A resident of Tibeh, a village between A'anin and Romana, asks to cross at the checkpoint, but is refused.  He has a permit to work in Israel.

At 16:40 the only tractor driver loses patience and begins to drive towards the checkpoint.  The soldier shouts to him, "You can cross, but everybody else get back."  At 16:48 there were still six people waiting at the gate.  We tried to talk to the soldiers.  At Barta'a and Jalameh people return home without being checked.  "So what if they are on their way home?  They could come back with weapons or explosives to use against our soldiers," the soldier answered.  A friendly lieutenant explains: "I can't use my own judgment.  They are forbidden to cross here and that's it."

At 16:55 we left and drove to Barta'a Checkpoint with two people who were not permitted to cross at A'anin who had permits to cross into Israel.

As usual the parking lot was completely full.  A lot of workers, most of whom are construction workers at Harish who left for work before dawn, are returning home at sunset.   At least they are earning a living.   Elijah, who works with Sylvia, is recognized as someone who understands  the ancient rich mother tongue of 110 million people who live in the East and helps in matters of work permits, is immediately surrounded by people who need her help.   Stories of attorneys who are hired and do nothing are shocking.  We drank coffee and sachleb and insisted on paying.   At 17:50 we left to drive through rush hour traffic.