northern checkpoints: This is life under the occupation. | Machsomwatch
Skip to main content
Back to reports search page

northern checkpoints: This is life under the occupation. 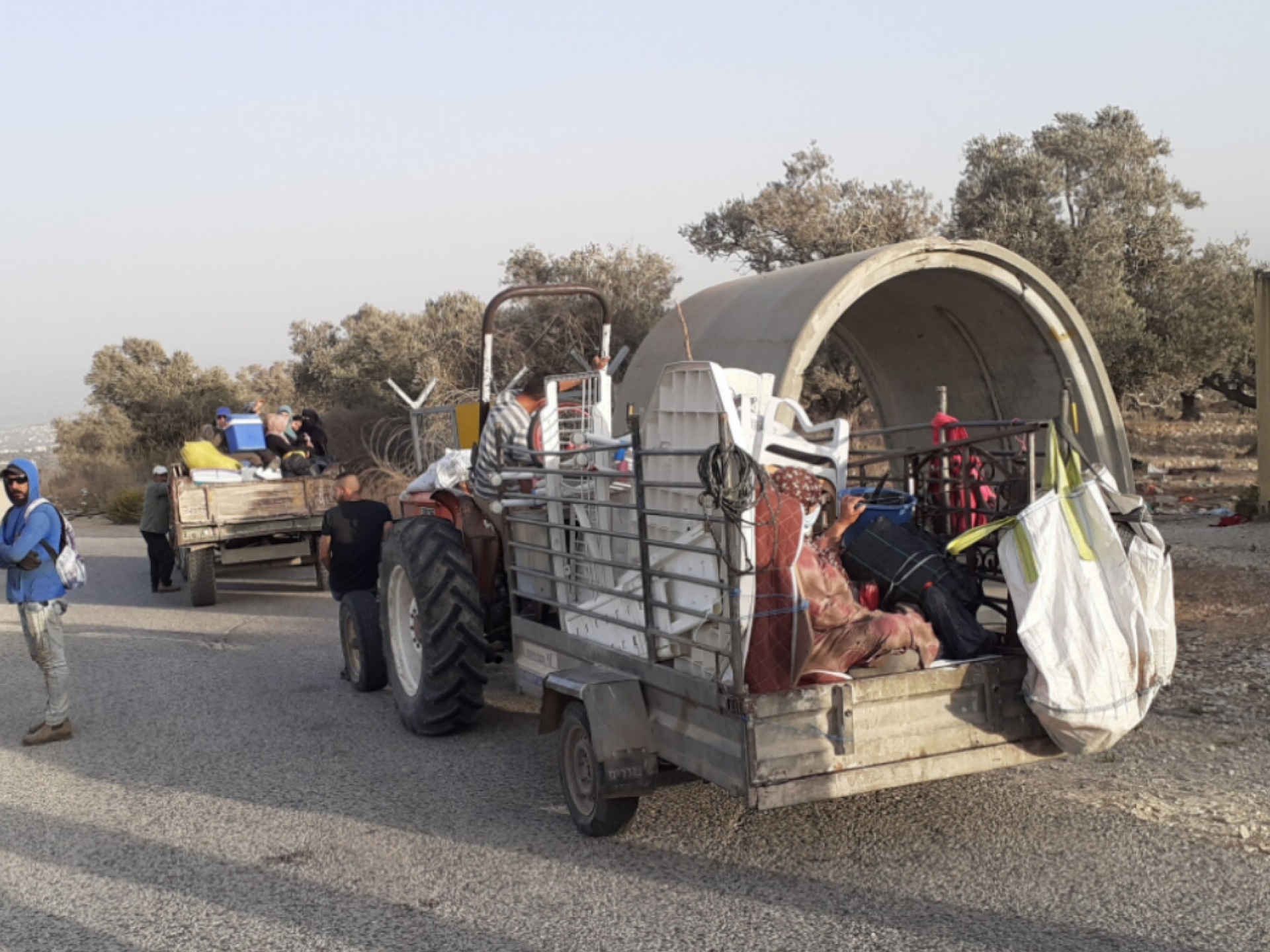 Crossing fees at the hole in the fence

On our way to the checkpoint next to the last house in Um El Fahem, we stopped next to some young people who asked what we were doing here.  They explained that this was not a checkpoint, but when they understood that we were not workers trying to cross to the West Bank they left us alone.  Evidently they were collecting NIS 50 form anyone attempting to cross the fence and was trying to reach Um El Fahem!

of the checkpoint were closed and there were no soldiers and no farmers waiting to cross.  A soldier at the District Coordination and Liaison Office said that only two people had crossed and would return in the afternoon through another checkpoint.  (Did she mean through a hole in the fence?)

We arrived a bit early and saw men and women harvesting olives along the road leading to the checkpoint. M., the tractor driver, and his son were already waiting next to the gate with three other men and two women.   M. reported that there was a small yield this year and complained  that the checkpoint was not open at noon or on Fridays and Saturdays.  The children are unable to help or to enjoy the experience of harvesting olives with the entire family.  Three more people arrive with tractors and wagons carrying workers and sacks of olives.  One of the wagons carried only women, including one woman wearing a veil, as well as several children.

At 15:45 the soldiers arrived on time, opened the checkpoint, and everyone crossed quickly without being checked.

A few cars crossed to the West Bank.  Two men with rolled up carpets arrived in a car, got out, and approached the soldiers.  The driver who brought them waited  to see if they would be permitted to cross and they did.

A young man carrying a large electric saw walked to the lone house near the checkpoint.   We were surprised to see Palestinians cleaning up the area of the checkpoint between the two fences.   Would they also clean up outside the checkpoint near the shed where people waited?

Workers were returning in vehicles from work.  It appeared that there were fewer workers than before the COVID-19 crisis began.   We walked down the sleeve

with them towards the turnstile through which people return to the West Bank.  Next to the turnstile there was a sign in Hebrew stating that Israelis were not permitted to cross to the West bank because of Corona.  The doors to the terminal were closed at this time of day.  The few people who were crossing to the seamline zone have to cross through the vehicle checkpoint.

16:45 – We returned home via the city of Harish, which is being built for us by Palestinians.  This is life under the occupation.