Northern checkpoints: The Jews are the best ... | Machsomwatch
Skip to main content
Back to reports search page

Northern checkpoints: The Jews are the best ... 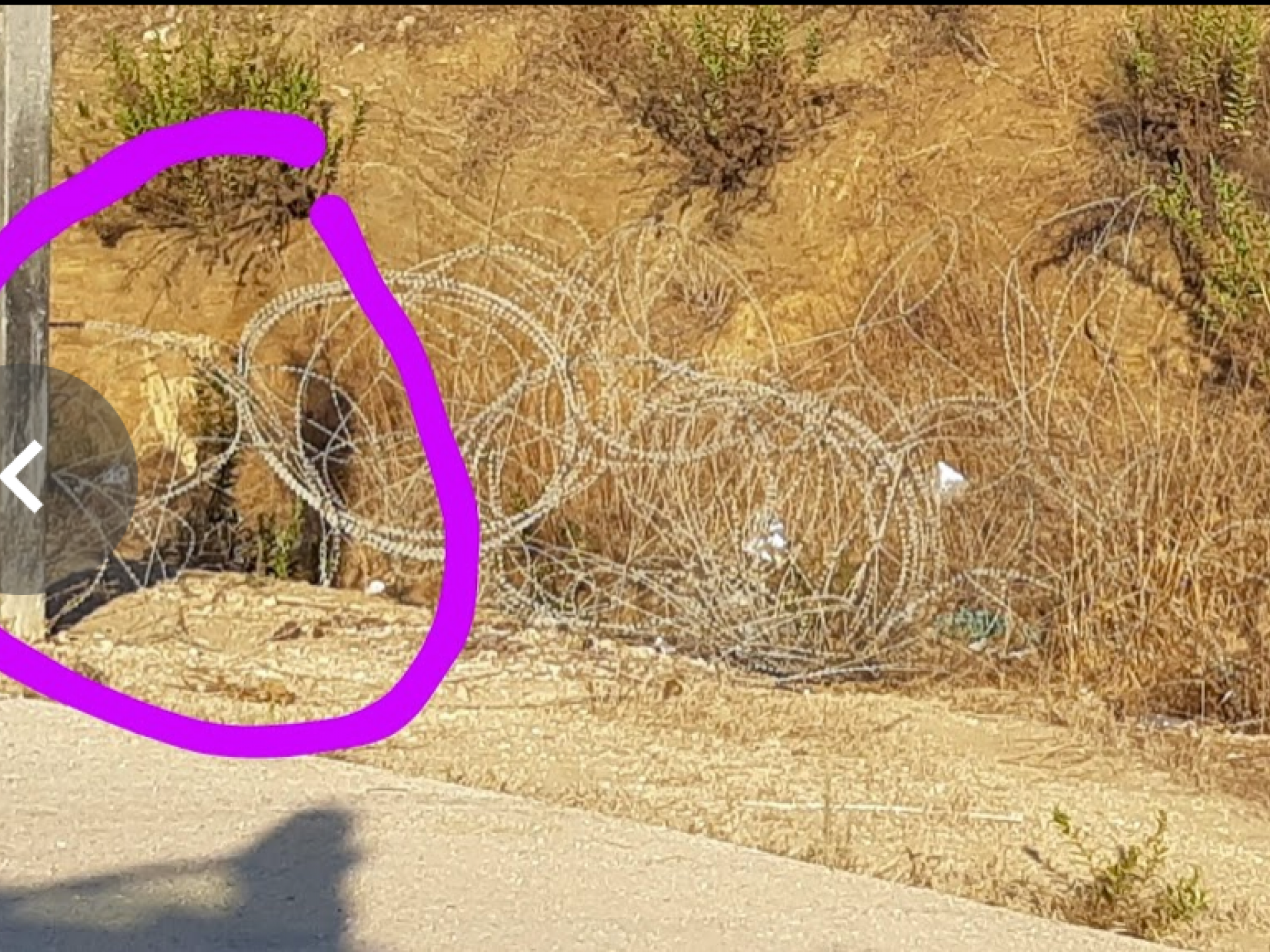 Taibeh Romana checkpoint: One gap next to the gate was accidentally blocked 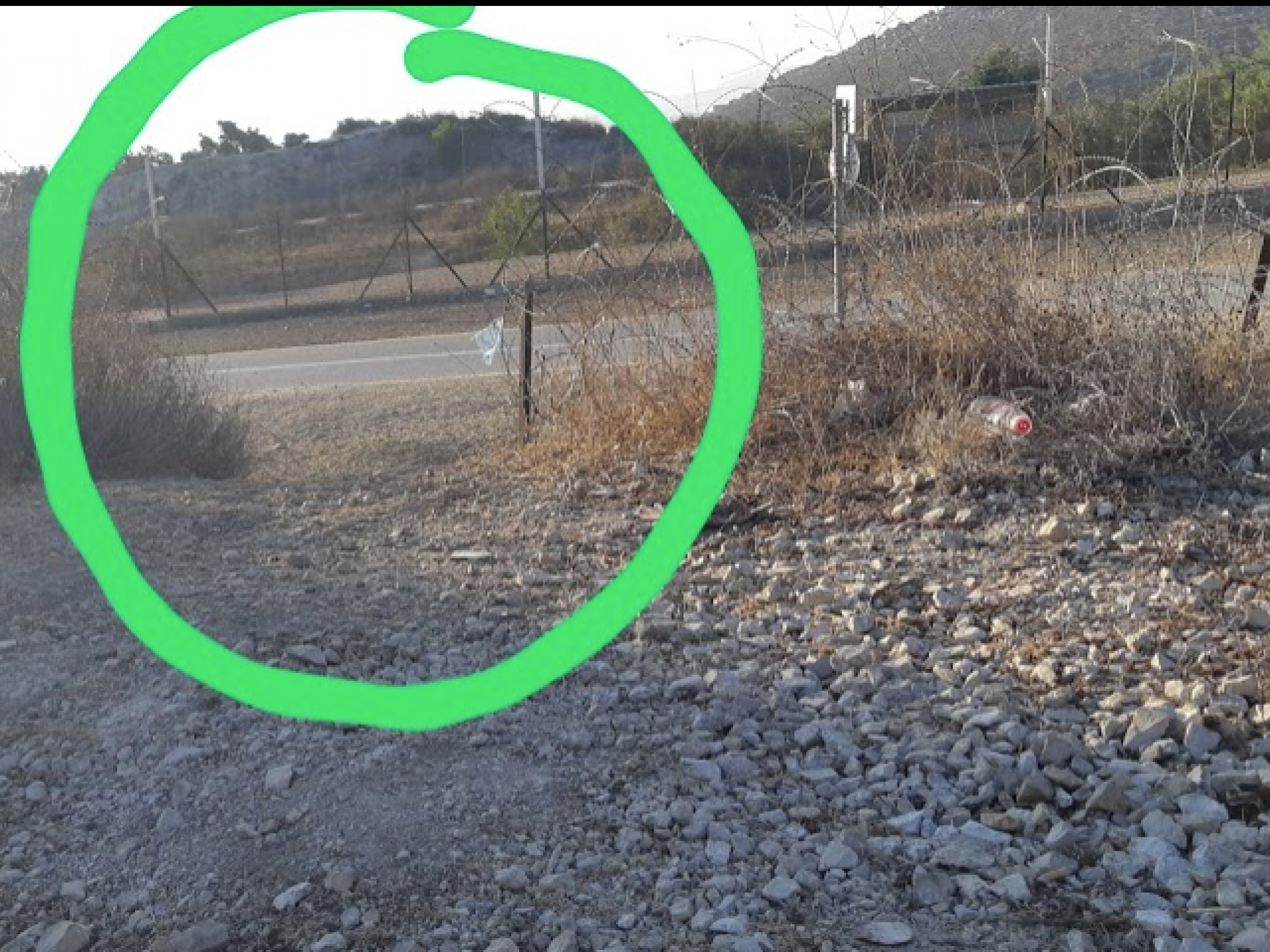 At 6 a.m. the junction has been bustling for quite a while. All the Palestinian crossing the Separation Fence concentrate at the central bus station that has quickly grown here. Buses and cabs, private vehicles and contractors’ vans come to pick them up, especially the workers building Harish City that is growing swiftly. One big chaos, but apparently running without the tension that characterizes mornings at the ‘end checkpoints’. There are improvised coffee and pastry stands, surrounded with people holding paper cups and smiling usually, or perhaps I am making up a story about some banal satisfaction.

Who opened the holes in the fence, we ask, and are told rather assertively: the Israeli soldiers!

On the hill slopes to the east (general direction) of the Separation Fence and security track, one can clearly see lines of people moving fast towards their transport vehicles. Many of them hold valid entry permits but prefer to walk the few kilometers and rick meeting Israeli soldiers who see them all and might jump at them. All this instead of crossing over “in orderly fashion” at the Barta’a Checkpoint and not sweating even before they begin their workday. This is the hatred of checkpoints and everything they represent, an illusion of free passage, as well as the clear knowledge that this festival will not hold.

On our way to Anin, at this same part of the fence broken up by holes, we saw an army jeep surrounded with armed soldiers. What are they doing? Blocking a “track”! Of all the paths and well-trodden trails and roads around, in which those fence-crossers run fearlessly, they are blocking this one. No point in searching for explanations. That’s how it is.

Last Wednesday Mahmoud was not allowed to cross over into the seamline zone on grounds that the gate was stuck and wouldn’t open. It’s not a gate that slides on a rail, but rather a gate that is opened by pushing it aside. Anin villagers claim that this gate was not stuck, it couldn’t be. Five days later, on Monday this week he was once again not allowed through. Why? Because he was 5 minutes late. The checkpoint is supposed to remain open for half an hour, from 6:30 a.m. But, here’s the catch: since he didn’t arrive on time they left and he was left there, standing. At Salem DCO the woman-soldier explained: the force is supposed to be there for half an hour, there are still 10 minutes left so he sould wait (she must not have read Catch 22). But the soldiers were gone, I say. What was her answer? If he doesn’t want to wait, he shouldn’t wait. This happened a few days ago.

Today, certainly in our honor, the entire military shift is in place: soldiers (Military Police?) and a DCO representative. Two soldiers wearing black masks approach us. Yes, they know about MachsomWatch. But why are you here?  I answer, it’s our shift here, just like yours. I tried to find out what happened here on Monday. Immediately I became transparent.

The soldiers, incidentally, did not wait. As soon as Palestinians went through, they closed the gate and were gone. We’ll meet them at the next checkpoint. They ride the security track and we cross Umm Al Fahm.

Individuals and groups crossing the holes in the fence are crowding along the southern entry of the town. They stream towards a certain spot, probably the “slave market”, perhaps they’ll be lucky and someone will come looking for construction and flooring workers, or whatever.

200 meters before the checkpoint there is a slight downhill slope in its direction. On the road

sloping down by the last house stands an unconvincing but surprising barrier. We moved the wooden slats aside and continued on our way to the checkpoint. There were several single pedestrians passing, and two tractors. The heart breaks seeing them face the soldiers at the checking post, waiting forlorn, quiet, resentful, to be inspected and found to be ‘kosher’. First comes out an old acquaintance who is usually glad to see us. Today his face is fallen, plowing the road. He answers us sourly. What happened, no smile? We ask. His unexpected response left us stunned. Why should I smile at you? Why, what do you do for me? When have you ever done anything for us? What are you doing here, anyway? And went off. We cringed.

On our way back we notice that the barrier had been made orderly. This time we notice three bullies standing nearby on a small mound, holding clubs, or simply sticks. For a moment they seemed like soldiers. They looked at us, we looked at them, not understanding what we were seeing. Later on we took a hitchhiker and heard from him that the barrier on the road is against hunters of workers who come in cars to collect them here after having crossed the separation fence. They don’t want there to be a ‘slave market’ here that would attract the Israeli army. In addition, he continued, these bullies take 20 shekels from every worker who crosses! We were amazed. The workers getting through the holes in the fence are the weakest link in the work-seeking scene, and here their brethren from the big city don’t hesitate to extort their money in broad daylight. Believe me, said our hitchhiker, the Jews are the best. The Arabs are the worst.

At both checkpoints, farmers complained that they cannot renew their transit permits into their fields caught inside the seamline zone. The Palestinian DCO is not functioning and there is no one to pass onto the Israeli DCO applications for renewing such permits, and the olive harvest is just around the corner. They are worried that their family members aren’t getting renewed permits either. In December my permit expires, said an Anin farmer. What will happen then? I don’t know. We gave him the sticker we had with the number of the Center for the Defense of the Individual.

This morning fog hid the northern checkpoints. Or perhaps it was a mist of evil and poison rising from the stinking occupation mire. 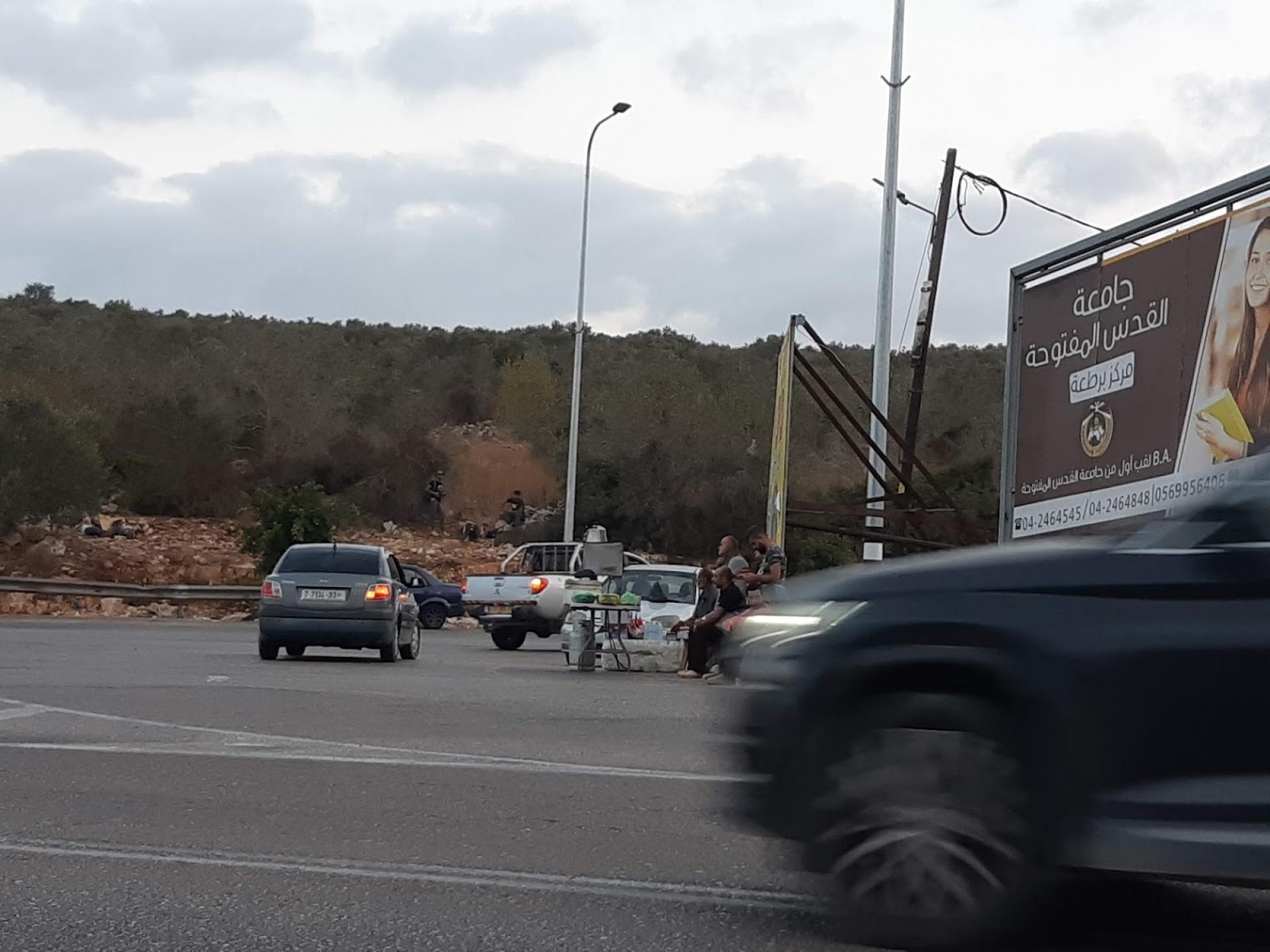 East Barta'a Junction: Last coffee at an improvised stall before boarding the commute to work