They stole my childhood

We went to visit him and Wadha, his wife, who welcomes us. We had read of the court order to demolish their buildings. We wanted to hear how they were and how they were coping with the decree.  We could not believe it. He said that  they could come at any moment to change and to demolish.

Some weeks previously the army had come at night with strengthened forces and equipment and had wandered round until early morning and in the end disappeared without a word and without demolishing. He said that they were told that suddenly there had been a phone call from Bibi but  it is impossible to believe them.

"They stole my childhood from me," he said, "I am 57 years old. They took the bicycle on which I learned to ride 20 years ago. Do we not deserve a decent home? Do we not deserve a quiet life with electricity and water and all the other things which a human being deserves? Why is our life like this.?"

His rich and articulate Hebrew and his noble behavior always arouse our respect and pain. He is correct but the State of Israel does not think so.

The family of Nawaj'a continues to fight for a normal life.

In the well looked after yard of the family tent a new floor is being laid down with multicoloured marbles.

A little girl whom we do not know is playing there. The daughter of Nasser. He is abroad on  a mission by peace organizations and will return in a few days. Maybe this also helps together with our support and prevents the demolition and the evacuation. Maybe?

Afterwards we went to Hebron.

The deployment of the soldiers is very dense  and the security policy had been increased and makes life hard for  the residents. The city is depressing as ever.

The pictures this time illustrate the way people carry back-to-back goods in the Kafisha neighborhood, there, too, another barrier was built deep inside H1, or pushing wagons as we see the women did when they entered the last part of the Worshipers' Route near the Tomb of the Patriarchs. All this because they are not allowed to drive there in cars. 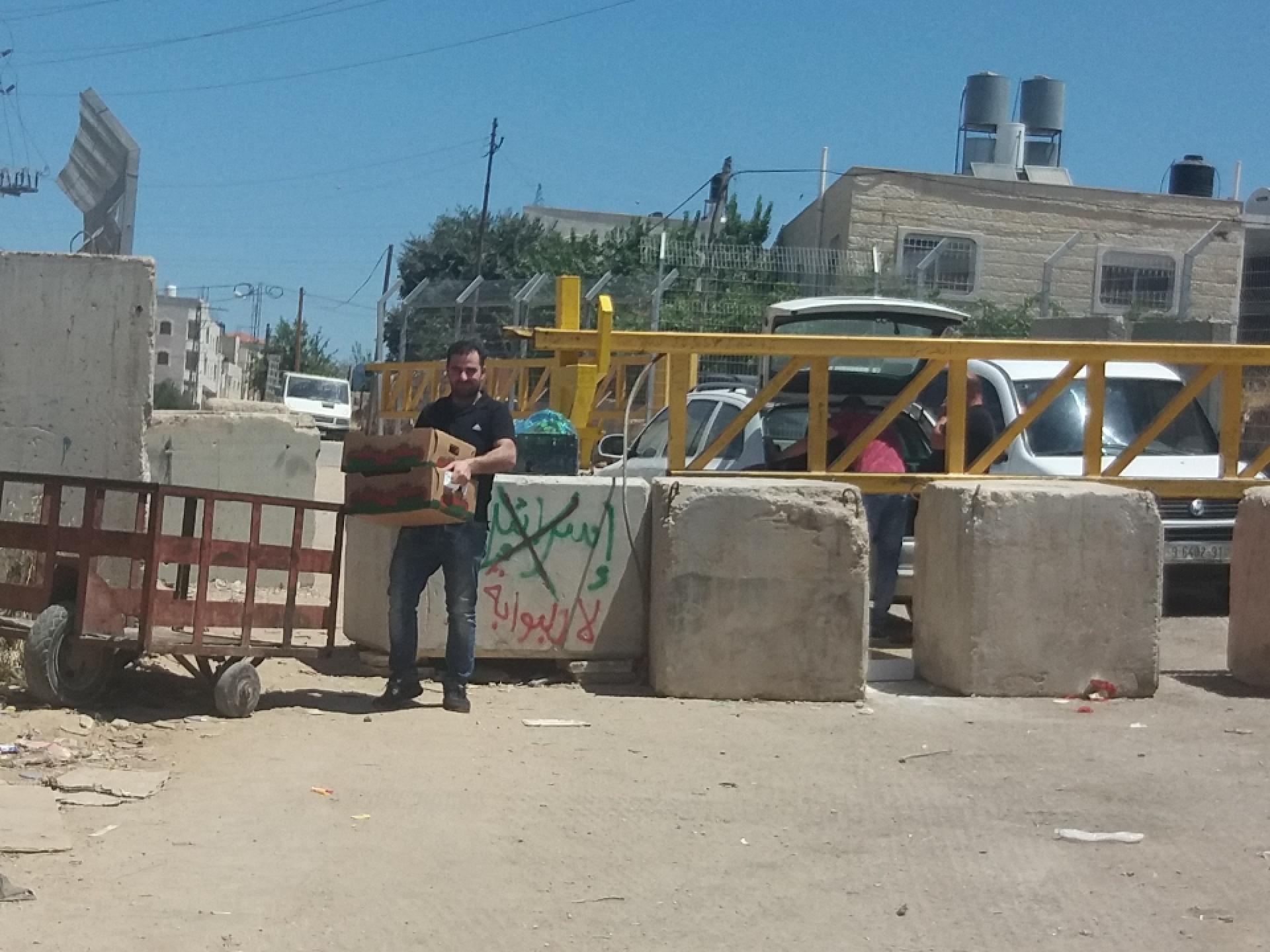 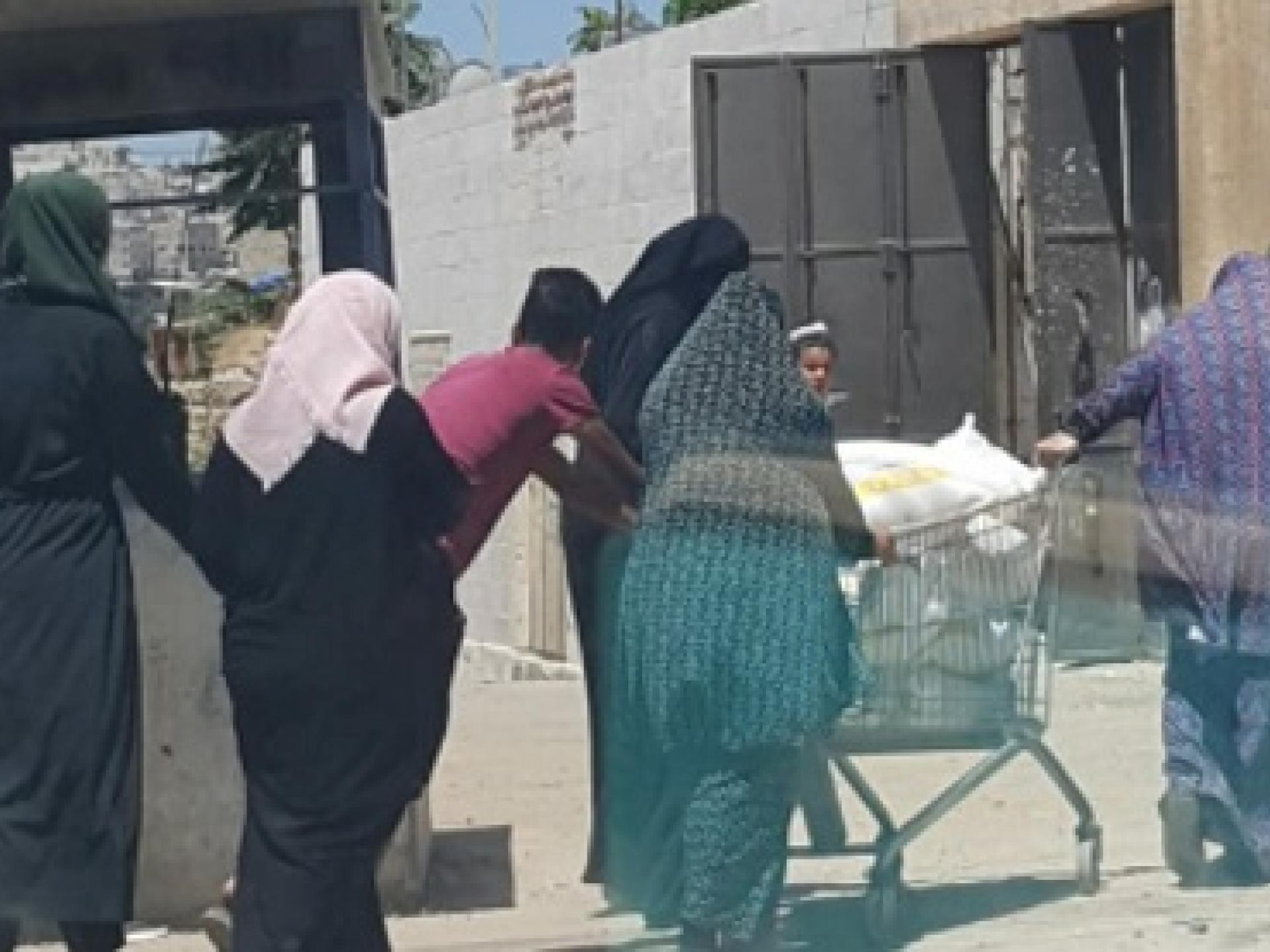 The women entering the last part of the Worshiper' Axis
Photographer:
Ariela Slonim