I went on a shift after two months' absence.

Everything was the same. At  11:00 there is no military presence at the  settlements along Route 60.

At Abda the yellow gate is still closed.

In the Dura-al Fawwar crossing, piles of earth have been thrown along the road so that the farmers who raised vegetables would not be able to put up kiosks and sell their wares directly. God forbid that they should be able to make a living…however small.

Another example of our evil.

At the entrance to Kaliklis huge stones close the road hermetically.

I had hoped to meet the Shaharabati brothers who sent pictures of the miserable event with the settlers a week ago and see what happens at the end of the day with the kindergarten and the Cordova school at the in the notorious stairwell.

Mufid apologized and said that they had to go to the cemetery in memory of those murdered by Baruch Goldstein on the 25th anniversary of the massacre.

Near the stairs at Beit Hadassah are many of diplomatic vehicles and police guarding them who did not want to answer questions.

Abed at the souvenir shop has still not calmed down because of Anat Cohen who is activating the army opposite his shop. A week ago they put barriers next to his shop while she orchestrated the work. In the end the DCO returned the area to how it had been but the settlers continue to run  the army more and more.

Everywhere in Hebron and Kiryat Araba this notice has been put up. 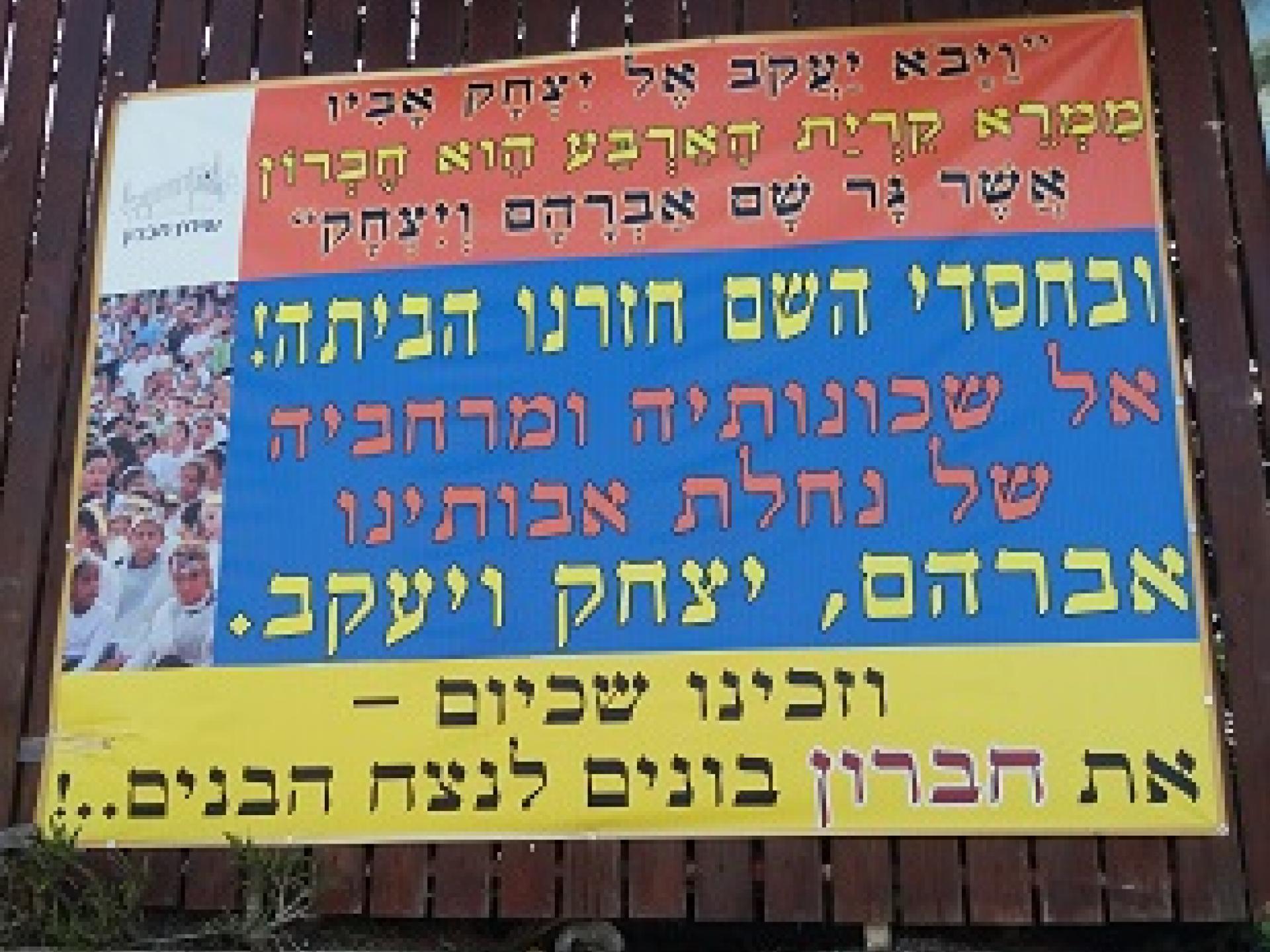 The advertisement in Hebron and Kiryat Arba