Along road 60 all is routine.

Except for the entrance to Abda and Dir Razik which are blocked everything else is open.
At the foot of Othniel a squad of soldiers patrol. Next to the Sheep crossroads are soldiers.

All the entrances of  Hebron are open from Beit Hagai to Bani Naim.

The city is still showing signs of  Succot. New signs have been posted in the area of the Cave of the Patriarchs and other signs and letters apprising one of the places important in the eyes of the settlers. 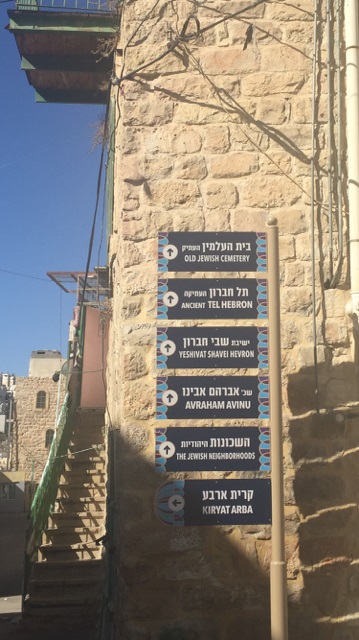 On the demolition of the site of Hazoh Davied a succah has been built which the settlers used  during  the holiday.

Next to the steps of the Cordova school opposite Beit Hadassah there are still  new signs: “Touch eternity“, which is what they call the visitor’s center which was established at Beit Haddasah and referring to the place of course.

The house of contention which they call the house of peace is decorated with flags. The proclamations  which announce  that they intend to live there  are hung everywhere. 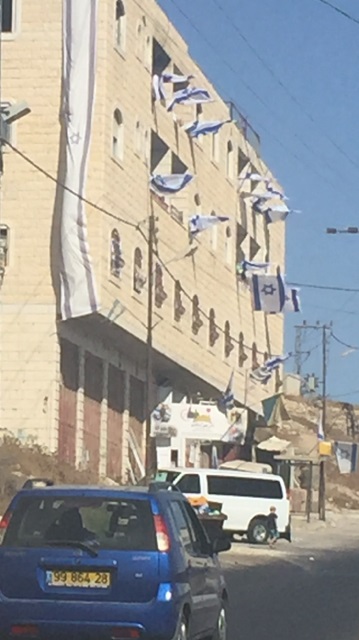 These are also the remains of the gatherings of the settlers next to the synagogue  Hazon Davied which was demolished. 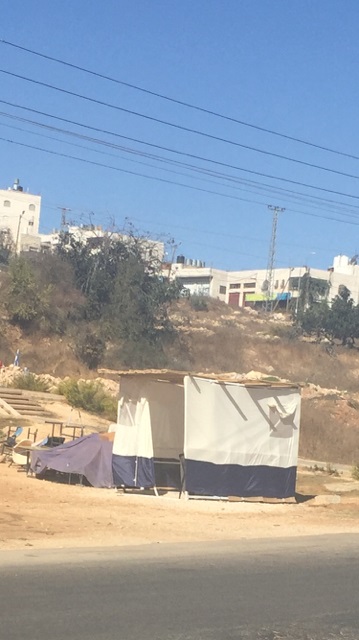 Next to the Cave of the Patriarchs a group of German tourists have come to tour and study. Most of them are from the field of education. The guide, a Palestinian has lived many years in Munchen.  Abad is preparing a meal from them but explains who I am and to what group I belong. Then the guide asked me to tell the group about our movement. They respond warmly to the Israeli who protests against the occupation and listen carefully to my explanations. They ask what the opinion of the Israeli public  is and what we think of the future holds for us. That is the thousand dollar question I reply. I had to admit  that I and those like myself are few. Our leadership is based on the rule of fear and threats. And so most of the public have lost faith in findina a solution. Most of society has become more extreme and more racist and believe less in the possibility of peace, together with I emphasized that although I have another?? passport I have no intention of giving up the hope and desire to fight for the only home I have. We will continue to fight for the right to live a life together with the Palestinians and to live in equality,

I asked them to remember that a camera

only shows one side and one part of the reality and what they see in their country is not the full picture of our reality. Even though it is difficult to believe there are other placesa in Israel where  good things are done and that there are other people besides the settlers whom they see here and I hope they will meet them. Not all Israel are occupied in the occupation and its evils and not everyone agrees with the government and support it.

A young man who is a teacher and emigrated from Macedonia and is a  Muslim that he knows much about us and that he has many friends in Germany, Jews and Israelis. Muhammad, the son of Abed, took him for a tour of the Cave of the Patriarchs.

I hope that I managed to explain them how complicated the situation is. Even though in Hebron it is hard to say anything good about the Jewish state.