The day started off quietly but some things are meant to be. Chana and I first went to the Damascus gate where people were streaming in already by the 100s even though it was only 10.00. It was all very festive.

We went in  the gate but there were such crowds and everything seemed to be quiet that we decided to go to Anata. There were no taxis in the area as the roads were closed but we found a taxi driver who took us to the checkpoint. There were not many people on foot and the buses seemed to be coming through with no difficult. People came off  the buses, got on again. Drove a few metres where the bus stop and the driver’s ID is taken to be checked. It is not clear  why this is not done while the passengers are checked. We also learned that the buses coming through Anata are those of people with  East Jerusalem ID’s. People without have to go to Zeitim (olive) checkpoint.  From where we were we did not see anyone being sent back. We left at 11.45 as a taxi came past which took us to the light train. 154 and 207 are the buses which go to the area.

And then the actual story of the day started. Being a bit confused as to where we were, we first took the train in the wrong  direction. We were not sure where we were and there were none of the usual signs which one sees on the light train at any normal station. Which also says something about the attitude to the Palestinian users of  the train.

So by mistake we first took the train going in the wrong direction. And that is why I say that some things are meant to be. Wos is beschert. On the train with us when we eventually went in the right direction was a large Arab family who, in the course of the hour or so that followed, we learned had come from Nablus and were going to their family in Jaffa. They were not sitting all  together.

As the train pulled out we heard someone banging on the door but the train did not stop and only after it had travelled to the city did a guard come along shouting in Hebrew asking if anyone had forgotten a little girl at Bab el Amud. It seemed as if no one had but as we drew into Mahane Yehuda the family went into a panic and started calling to one another  and we realized that they were  looking for a little  girl. They knew no Hebrew and had not understood what the guard was saying. We were grateful for our smattering of Arabic. They rushed off  the train and we went with them and we looked for a guard to help us but there was no one. We told them we would stay with them  until they found the child and tried to phone the police. But while we were phoning the father got a call from someone to say he was with the little girl of seven and the father should come back to fetch her.

At this stage we did not want to leave them until we knew that all  was well. Eventually he arrived with the little girl and we went on with them to Egged, thinking all is well that ends well. But as we were getting on to the light train again Chana saw that they were walking down the pavement in the wrong direction evidently looking for a bus to Tel Aviv. They had no clue of where or how.

To the end we accompanied them through Egged and it was no small task keeping them all together and in the right direction. We also helped with the communication with the ticket clerk and when we thanked him for his patience, he said, “Thank you for your Arabic.” We saw them safely on the bus and waited till it had departed.

Later I spoke to the father and they were all safely in Jaffa. 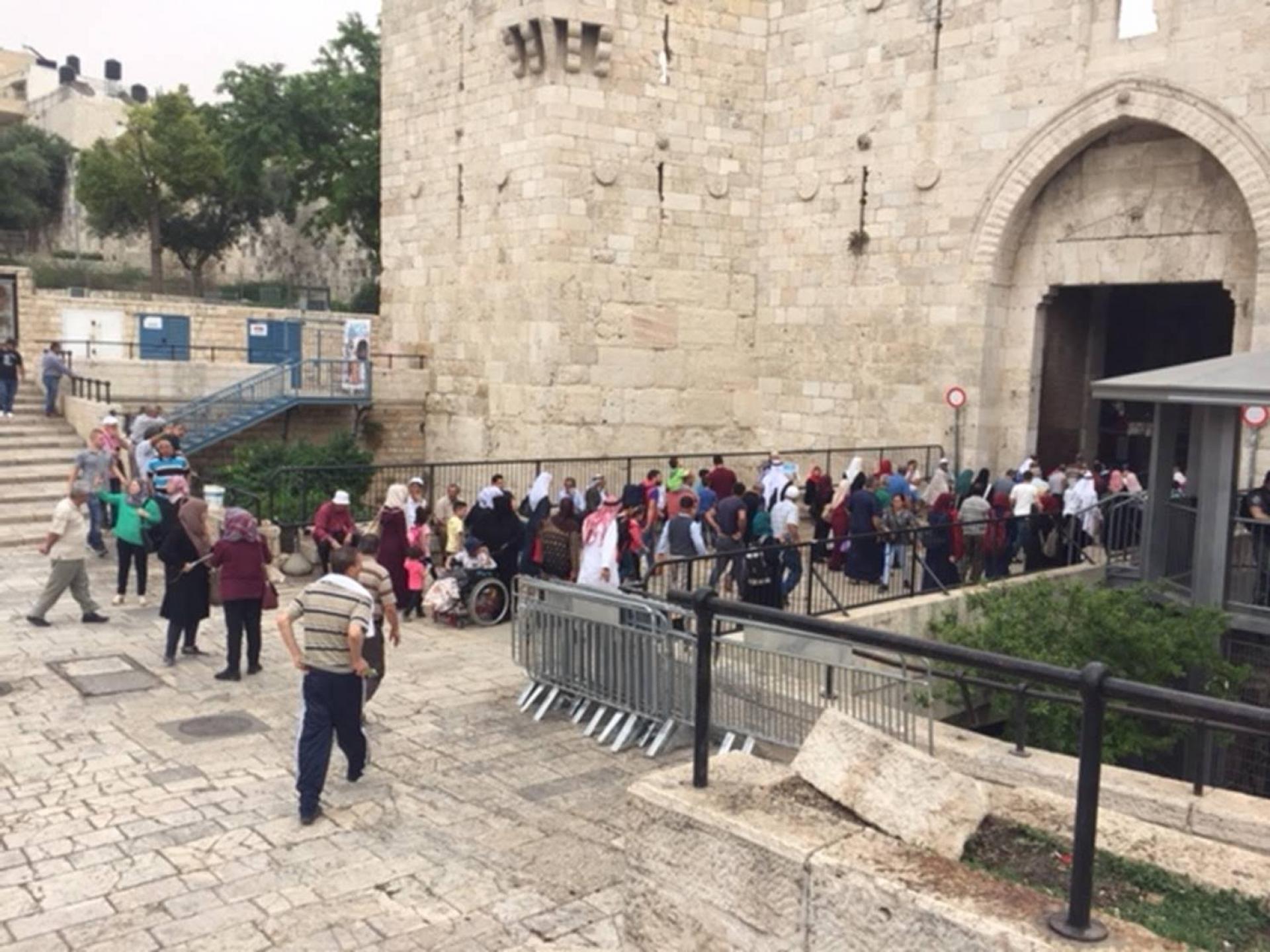 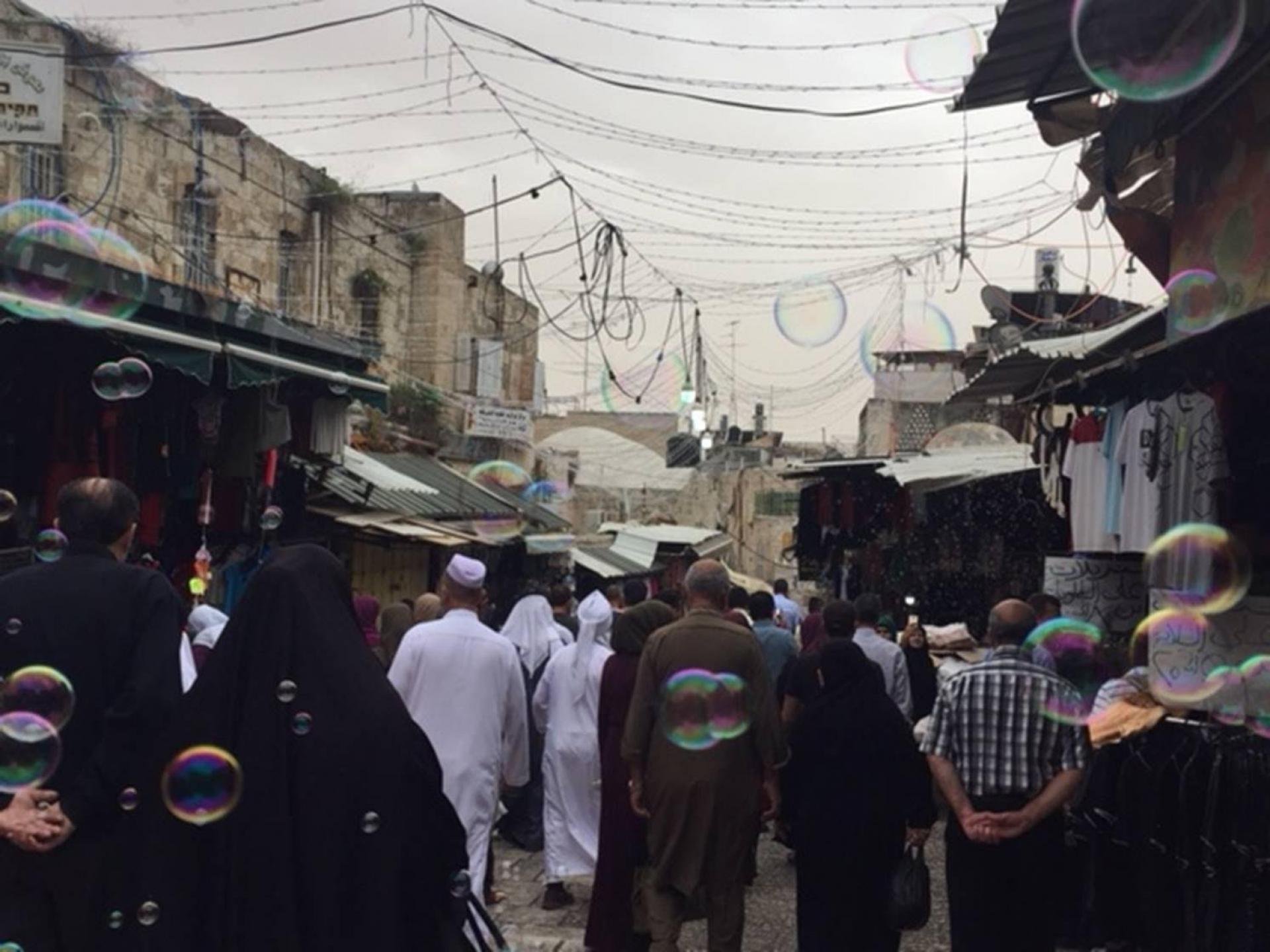 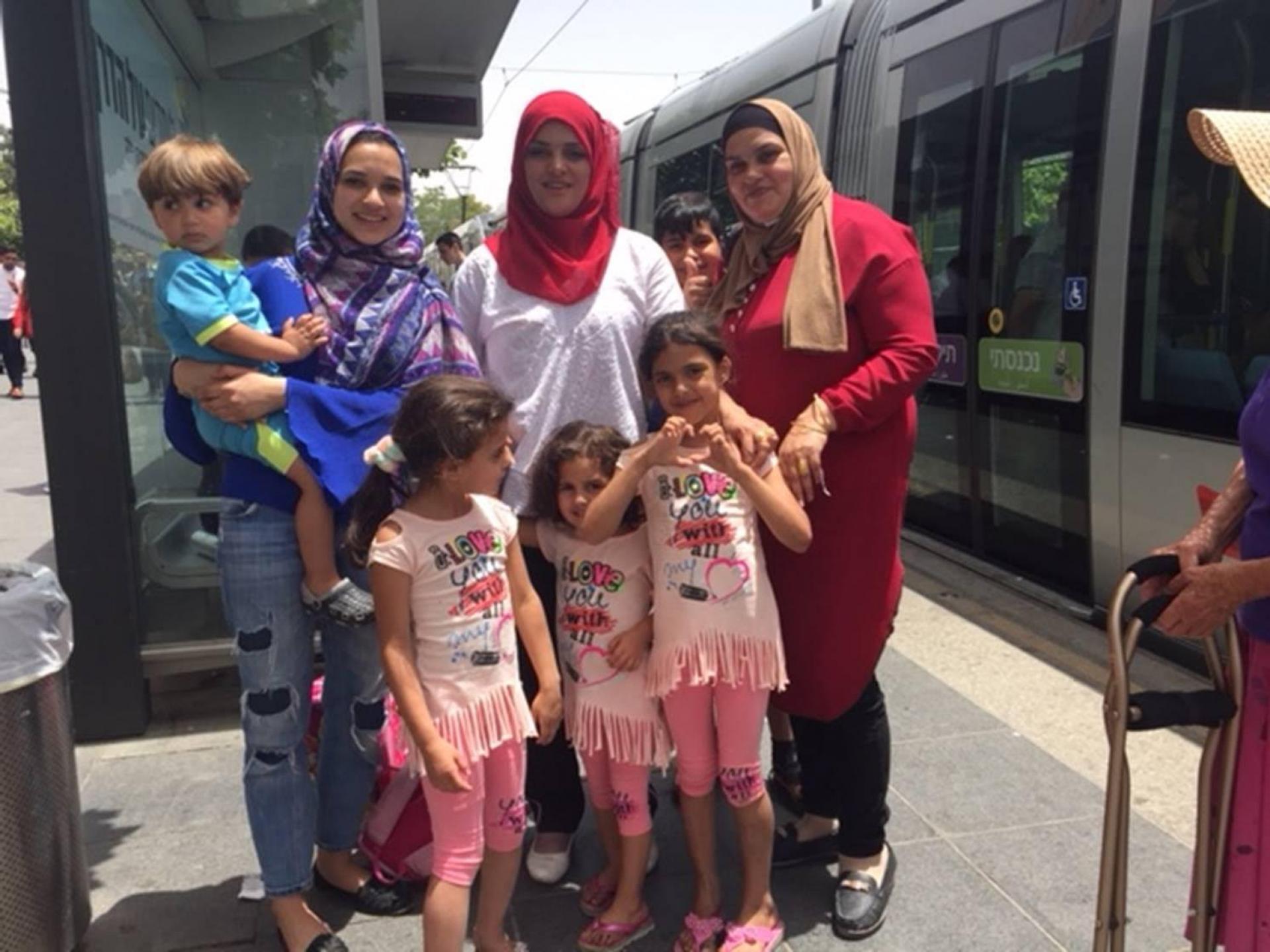 One of the major crossings in Jerusalem’s central sector. It is located on the separation fence between the northern portion of the al-Ezariya neighbourhood and the neighbourhood of a-Tur and the rest of East Jerusalem. It is manned by Border Police soldiers and private security companies and operates 24 hours a day. Palestinians are forbidden to go through, other than permanent residents of East Jerusalem (holders of blue ID cards) and holders of work and commercial permits who are allowed through only on foot.