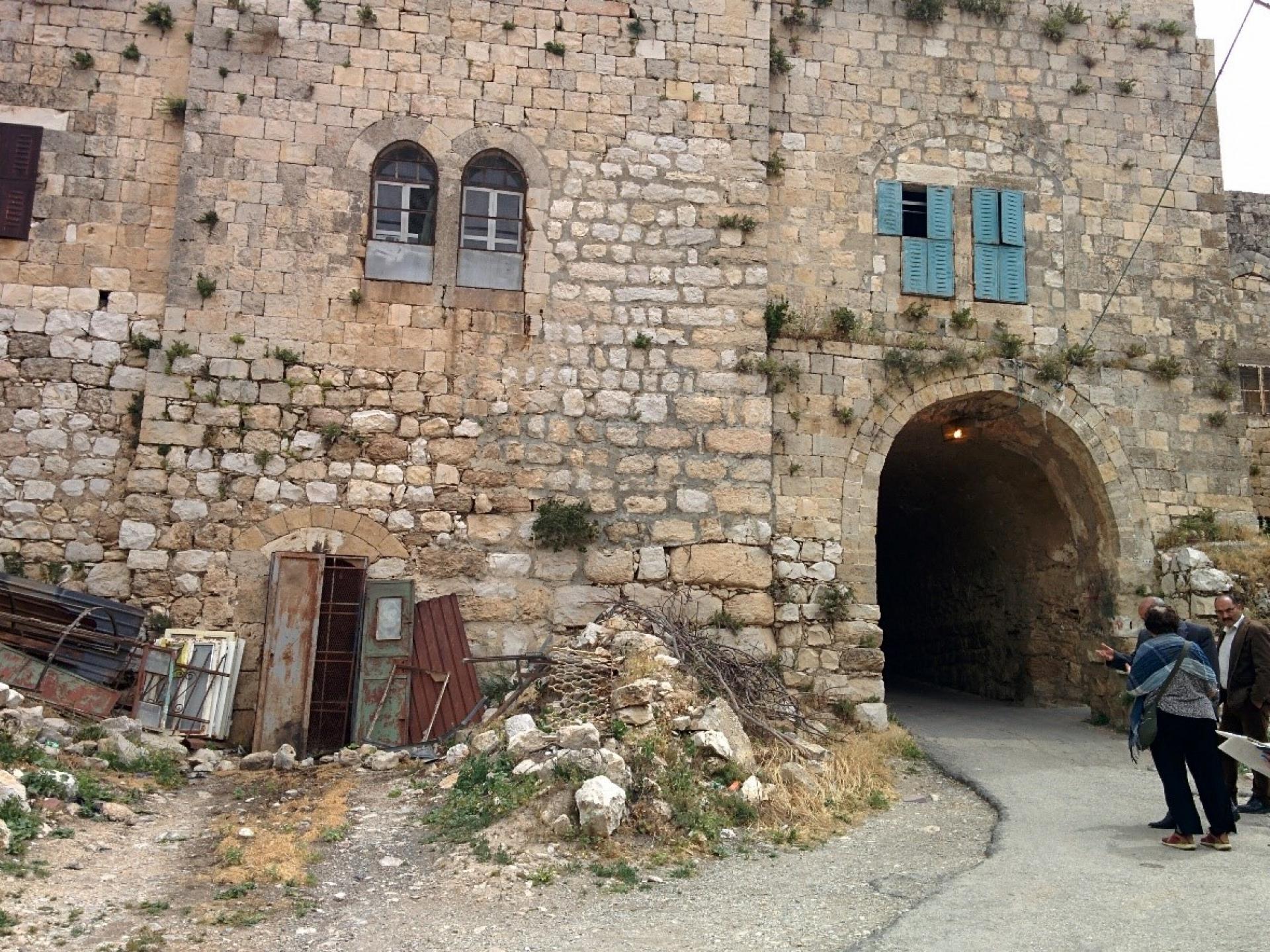 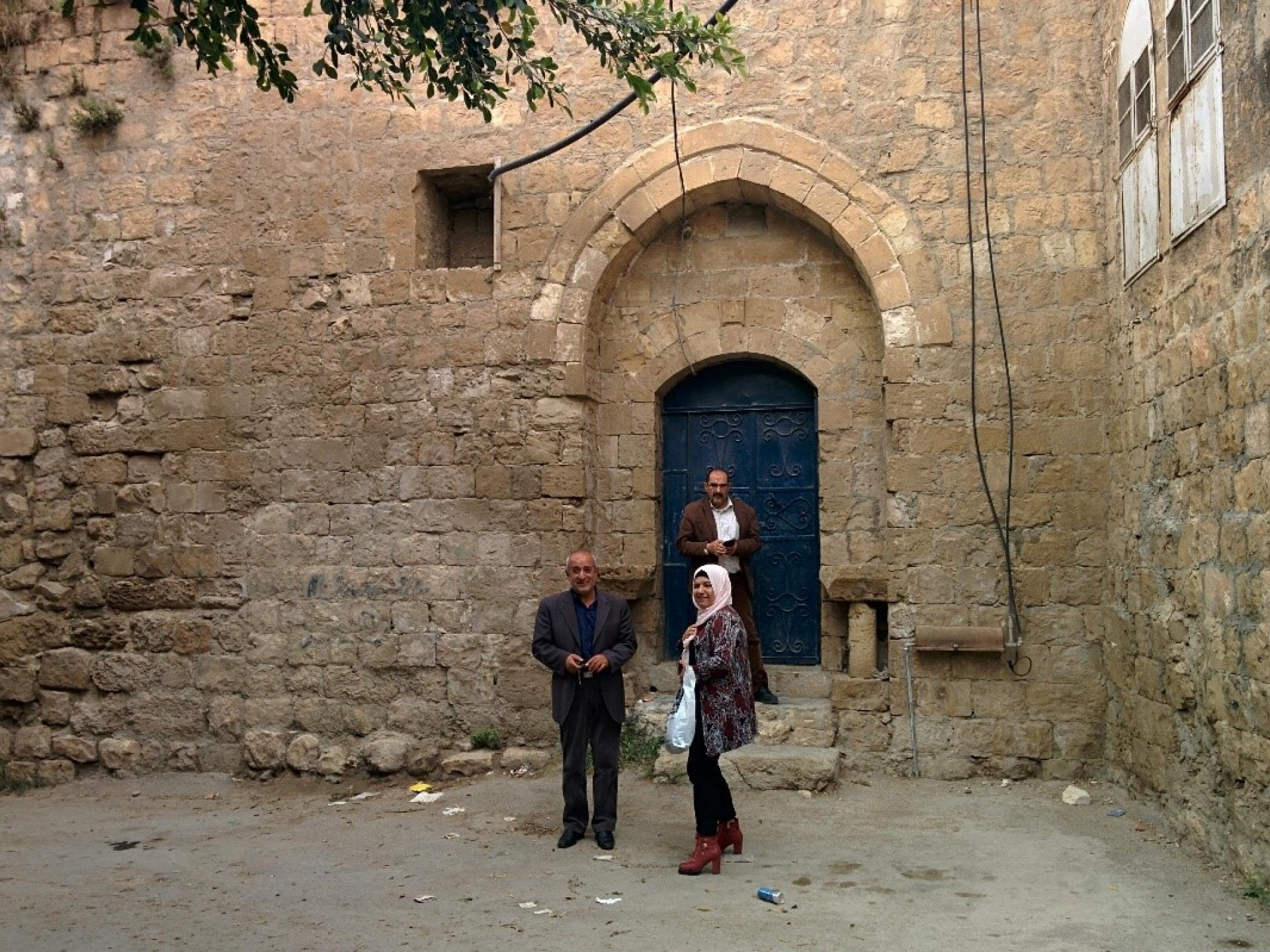 We drove to Beit Fouriq (in the Nablus area) to meet historian Dr. Mohammad Aude at the local council house. We learned from him that Dr. Aref, a historian at the Haifa University, published a comprehensive book about all the maqams (sacred sites for Muslims) in Palestine. Mohammad Aude has specialized in the Ottoman period, at A Shams University in Egypt. He has written about the modern history of Palestine from 1820 on. He explains to us that one is not allowed to bury one’s dead in a mosque, and therefore no mosque has been found with a grave inside. Maqams were usually built around the grave of a holy person. People used to visit maqams in order to make pledges, perform a child’s first haircut, pray and make wishes.

The founding of settler-colonies has inflicted  extensive psychological harm to Palestinian by denying them access to visit maqams. This is added of course to the economic damages, land grab and water theft. The water allotment at Beit Fouriq is 1 cubic meter of water per person while in the settler-colonies one person receives 30 cubic meters. Mekorot (Israeli water company) pumps water from the Nablus area (for the settler-colonies as well as Palestinian villages) from the water reservoirs near the villages of Bourin, Madama and Salfit (Bourin in Arabic means water holes).

During the British Mandate on Palestine the Nablus area was divided into four districts:
1. The Nablus ravine (near Sebastia and the settler-colony of Shavei Shomron);
2. East of Beita village and Tapuach ravine; 3. Jarar ravine, Tubas, Jenin; 4. Jericho and the Palestinian Jordan Valley.

Mohammad Aude wrote about 24 settler-colonies located between Beita and Ariel.

In the Ottoman period they would all visit the maqams, adults and children. The most famous maqams in Palestine were: Maqam Sheikh Moussa in Jericho, maqam  Nabi Samuil, Nabi Rubin, Sidna Ibrahim, Joseph’s Tomb, Rachel’s Tomb, Sheikh Bilal. People from all over Palestine would make pilgrimages to them – at their convenience. Sheikh Moussa saw pilgrims only in the winter, for it is extremely hot in summer. Nabi Rubin was visited only in the summer because watermelons grew there.

Irit asks Dr. Aude about the palace in Beit Fouriq that used to belong to Sheikh Ahmad Jabar, built in 1720. Ahmad Jabar was a tax collector from the entire Nablus area where wheat was grown. When the Ottoman rule ended, Ahmad Jabar’s family fame down in the world and the fallahs rebelled.

We drove out to see the building, located at the outskirts of Beit Fouriq. From there we went to visit Doukha in Bourin. We heard from Mouna, Doukha’s eldest daughter, about one (or more) settler-colony from Yitzhar who attacked them at school, on the day they had a technology exam. Orly Noy wrote about this in Local Call (+972) (website). Worth reading.