Awarta: Jewish pilgrims spray slurs against Palestinians on the way | Machsomwatch
Skip to main content
Back to reports search page

Awarta: Jewish pilgrims spray slurs against Palestinians on the way 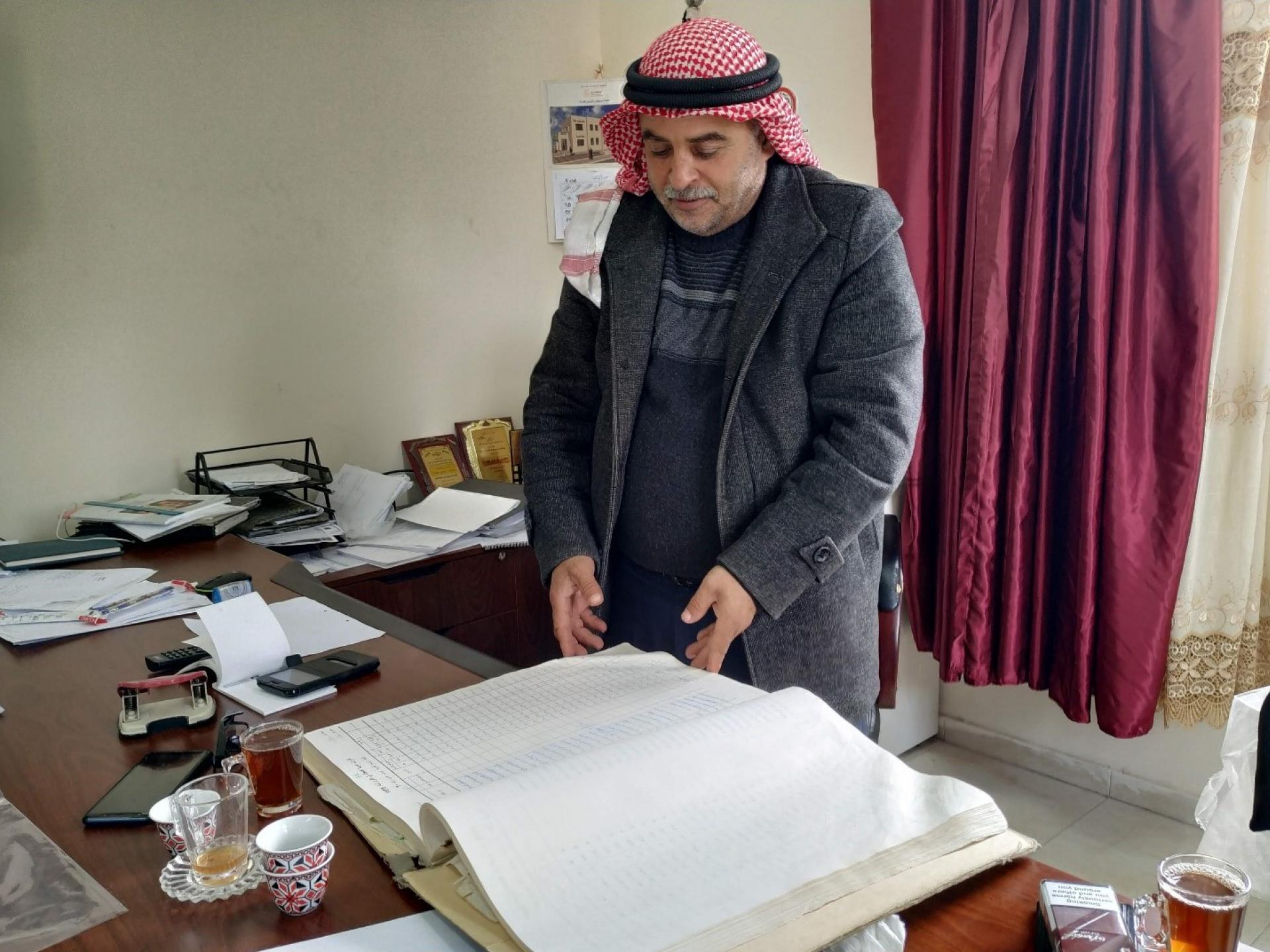 Awarta: the mayor of Awarta with the village lands' registry 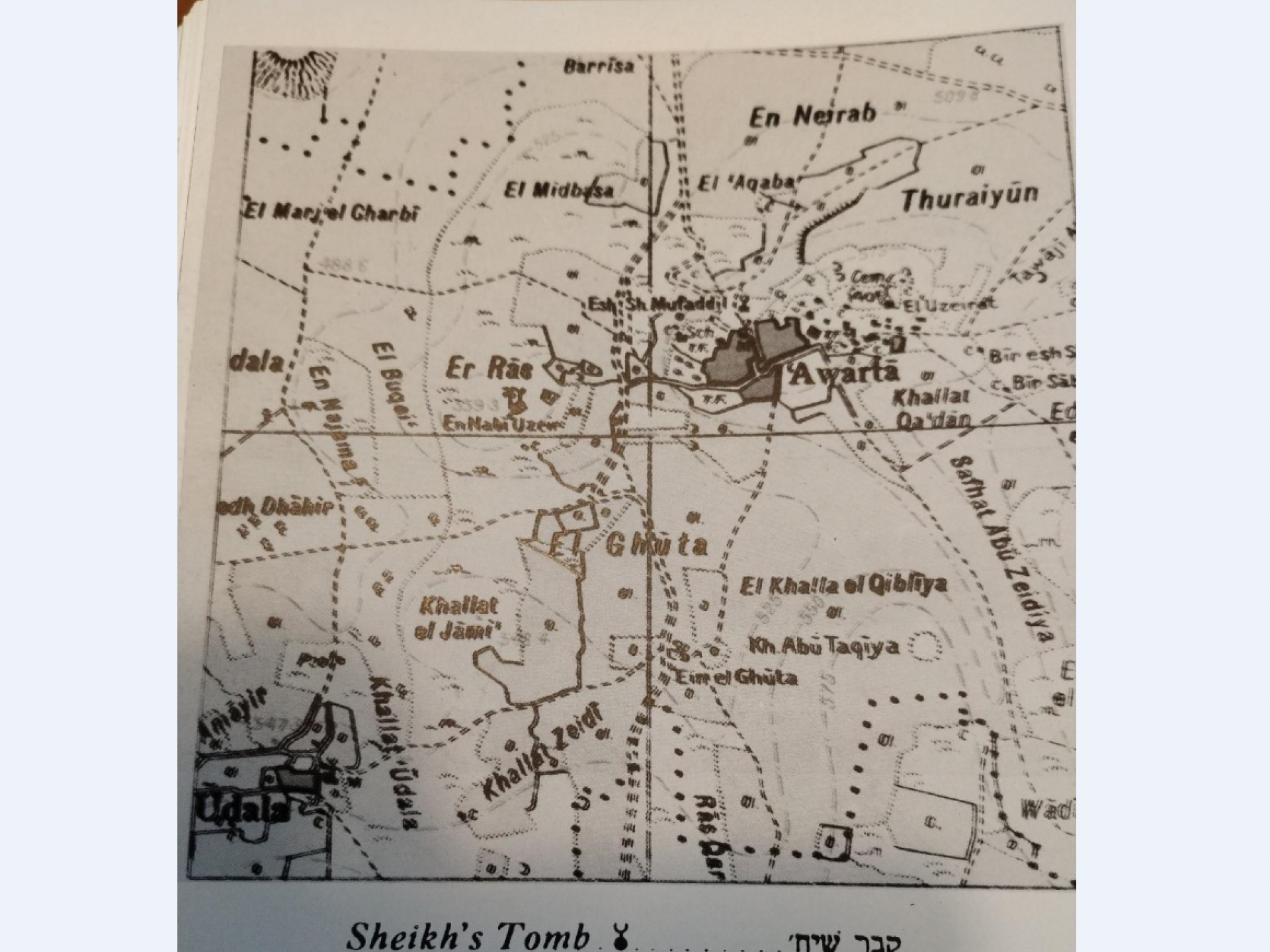 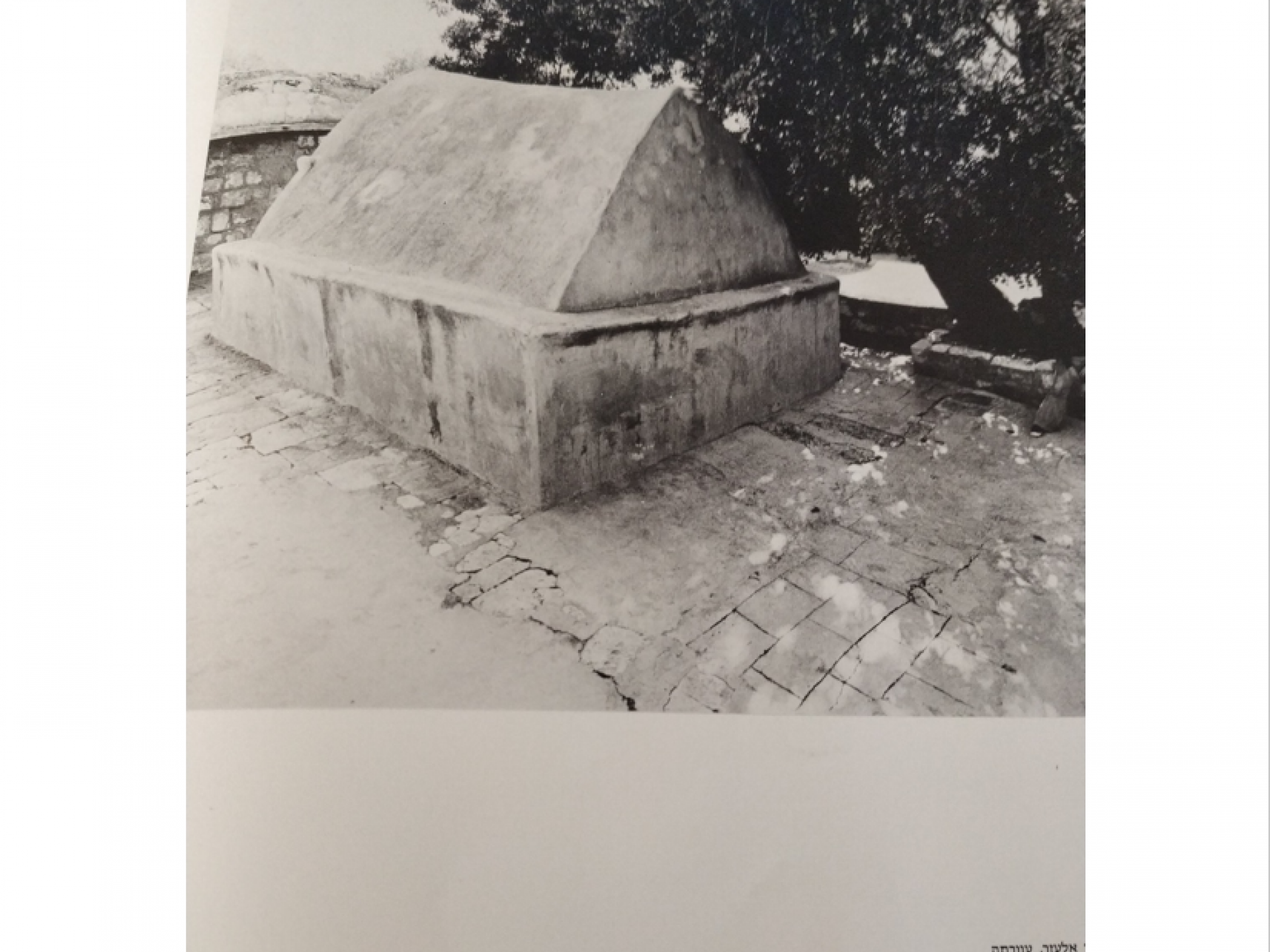 The purpose of our visit at the Awarta local townhouse: to find out about the customs of the Jewish pilgrims who arrive on April 3, 2019

The village of Awarta – 7,500 inhabitants – is located 5 km. south of Nablus city, in between the Israeli settler-colonies of Itamar and Yitzhar. Over one-half of the village lands have been confiscated for Itamar (13,000 dunams) and the 12,000 dunams remaining are restricted areas for their Palestinian owners. The farmers have become hired hands, 1000 of them employed inside Israel and needing permits to enter. A. with whom we coordinated ahead of time, who had originally agreed for us to take pictures from his rooftop, changed his mind and told us that such an act would jeopardize his chances to receive an entry permit into Israel (the cost of which stands at 2,600 shekels a month, paid to an intermediary).

At the local council house the engineer showed us a video where the Jewish pilgrims are seen visiting the sanctified graves. These pilgrimages take place four times a year, officially, explained the open-minded and friendly village mayor. The rest happen nearly every      night – small groups or individuals arrive, illegally. We heard this distinction here for the first time. Legal and illegal. The pilgrims coming in illegally damage villagers’ cars. Ahead of the official pilgrimages, of which the army notifies the PA and the village council, the council reminds villagers to hide their cars as best they can. Note is made of this on Facebook, informing and warning the villagers. At the illegal pilgrimages, settler-colonists damage cars and spray them with slurs. Since the occupation and the daily and nightly invasions into the grave sites, the Palestinians have ceased visiting them as they used to, the mayor told us. They have lost their unifying dimension. The Awarta graves have a tight historical link to the Samaritans. The largest and best-known of them is the site of the grave of Al Azaryat (or El’azar), which was renovated a few years ago by a Samaritan of the nearby Mount Grizim.

I include hereby two photos from the book Makom (Heb: site), as an homage to the artist and book that drew my attention to this subject (that we continue to study). The photo was taken around 1975 by Drora Spitz.

How do Jews find out the dates of pilgrimages to the famous graves in Nablus, Awarta and Kifl Hares? It took us time to learn this. The source of information for Jews is the website “Joseph’s Tomb”, notifying the dates of pilgrimage and registration for transport to the three sites: Joseph’s Tomb in Nablus, the graves in Awarta and the graves in Kifl Hares. Pilgrimages are organized, including full military escort and hospitality services. The websites also tells of additional sites being prepared: Jeremiah’s Tomb in Tekoah, and added graves in Halhul (near Hebron).

During the latest pilgrimage to Joseph’s Tomb in Nablus, on March 19, 2019 at 23:00, 2 Palestinians were shot to death by the Israeli army. The Israeli press had it that the two had taken part in throwing explosive charges at soldiers. According to A.E. from Nablus, they were shot at a great distance from the Tomb, without knowing anything of the pilgrimage that night. He said the shooting took place at 23:00 at the junction from which the road forks off to Joseph’s Tomb, over 500 meters from the gravesite. Their bodies were removed by the PA only past 5 a.m. on March 20, after the last pilgrim buses left Nablus. 30 bullets were removed from one of the bodies, he reported.

At a private trip to Nablus I asked A.E. to travel the route taken by the boys until they were shot and killed, and from that spot to Joseph’s Tomb. A video of this route shows a distance of even much more than 500 meters.

We learned two things from him: 1. All along the road crossing Nablus to Balata refugee camp, where Joseph’s Tomb is situated, stones are thrown at soldiers, but not at the pilgrims’ buses. 2. Israel notifies the Palestinians of the pilgrimage date only  a day before (whereas the Joseph’s Tomb website it appears at least a month ahead of time).

In view of these facts, it is not at all sure that the demand to notify Palestinians in Nablus in time, as done in Awarta- would even be considered.