Qalandiya - How Much Time Are Five Minutes

How Much Time Are Five Minutes

The ill girl in the wheelchair was already there facing the locked gate at the end of the track which a twisted, ragged Orwellian sign indicated its humanitarian function.

Her father, too, was there to care for her. “She cannot step on her feet” he said, and that he was taking his daughter from hospital in Jenin (northern West Bank) to Muqassad Hospital in East Jerusalem in order to undergo surgery in her pelvic bones.

A woman-soldier was there, too, behind the fence inside the secured army post. She emerged for a moment and announced that a policeman would show up shortly and open the locked gate.
“How much time will ‘shortly’ take?” I asked. “Five minutes”, she answered.

Those “five minutes” became a kind of mantra that was repeated so many times over such a long period of time, perhaps in order to appease us, who were waiting outside, so we’d stop bothering them inside, those who operate the checkpoint and are responsible – even according to the official document on behalf of COGAT (Israeli Coordinator of Government Activities in the Territories) hanging on the wall  = for prioritizing the passage of ill patients.

“Another five minutes” repeated a Military Policeman who arrived with a bunch of keys in one hand and a tv-dinner, supper for the secured woman-soldier in the other. “Another five minutes” Nathaniel from the humanitarian hotline said on the phone time and again.
The same Nathaniel who, when I told him that here at Qalandiya Checkpoint is a sick patient in a wheelchair who has arrived with her father from Jenin, that they have been en route for four hours and cannot continue because the gate is locked and there is no one on site to open it – responded: “Is she Arab?” (I have no idea what he was thinking and didn’t ask).

We waited and waited and the humanitarian gate remained locked. Five minutes and another five minutes and another, and an hour, and an hour-and-a-half, and longer. And inside, between the metal partitions, a boy grew wild and leapt over the partitions and yelled (not clear what he yelled) at the secured woman-soldier. And wonder of wonders, within less than five minutes a large armed forced arrived, surrounded the wild fellow, iron fingers gripped him in the neck, and led him who knows where.

All that time the ill girl sat silent and curled up in her wheelchair. Her father was her voice. As the day dissipated and there was no sign that anyone there inside actually cares what happens a mere few centimeters away. The father, who rattled the fence opposite the woman-soldier in vain, trying to get her attention, was hoping that perhaps she would be their salvation, and as that didn’t work, he said: “Too bad, I should have carried her on my back and not relied on them”.

And as if the nerve-racking, desperately endless wait in front of that locked gate and the hollow answers were not enough, an added torture was the never-ending racket of an invisible but insistent compressor.

But even five minutes come to an end. That end came about two hours after the beginning, when the key held by a policeman arrived and opened the gate.

All that remains is to hope that the surgery will succeed, and the girl will heal and be able to stand on her own two feet. 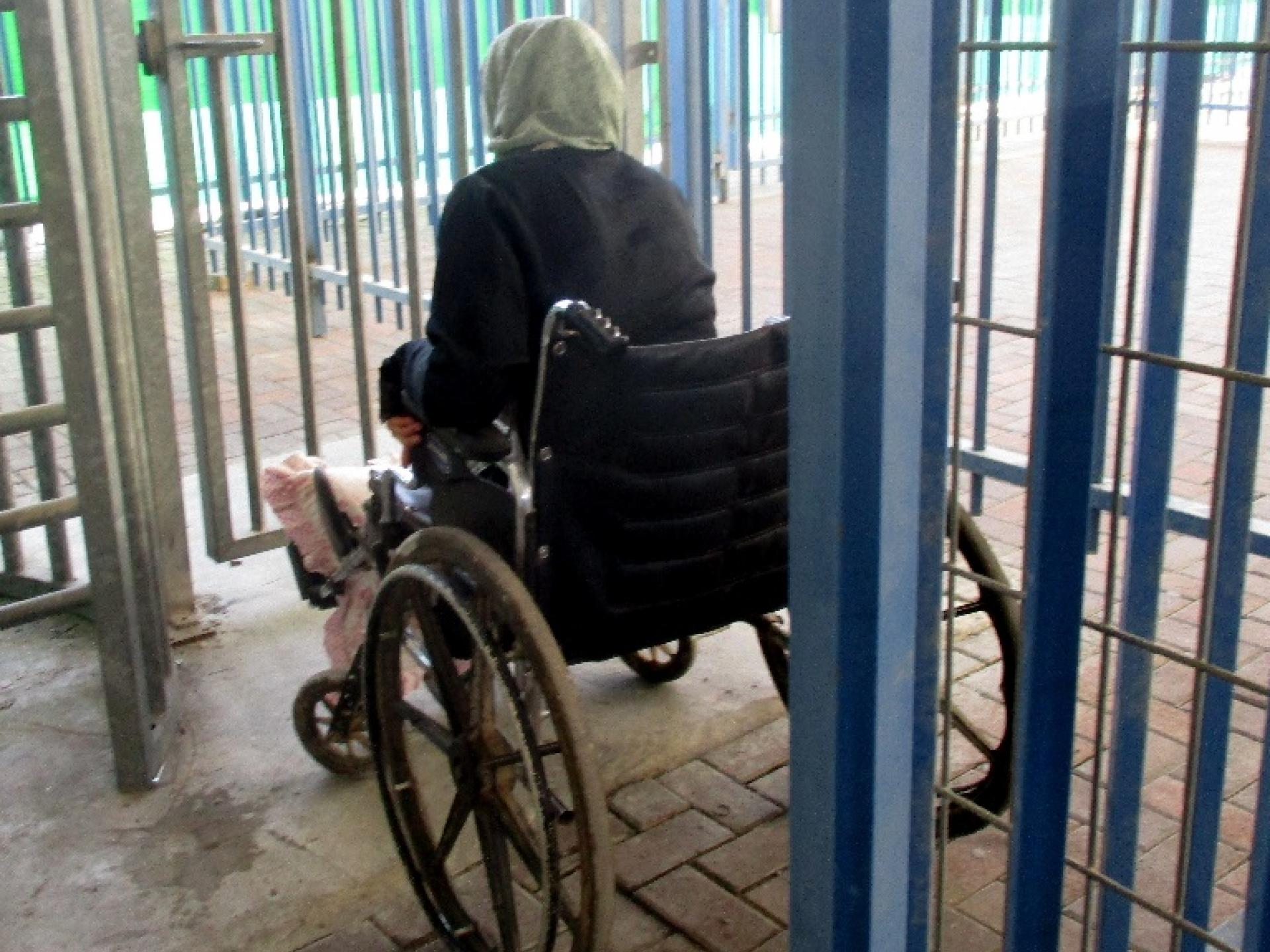 The ill girl in the wheelchair
Photographer:
Tamar Fleishman 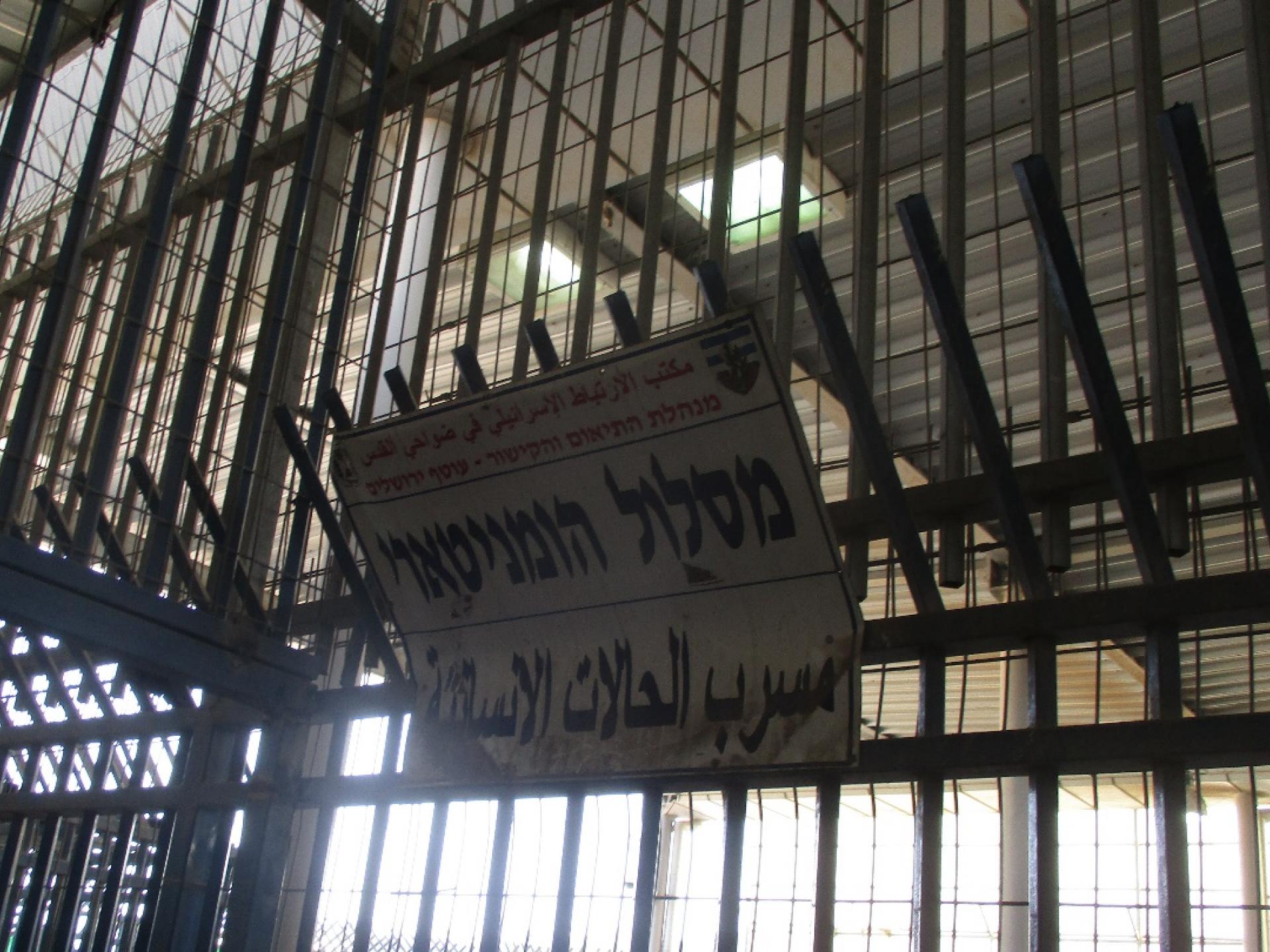 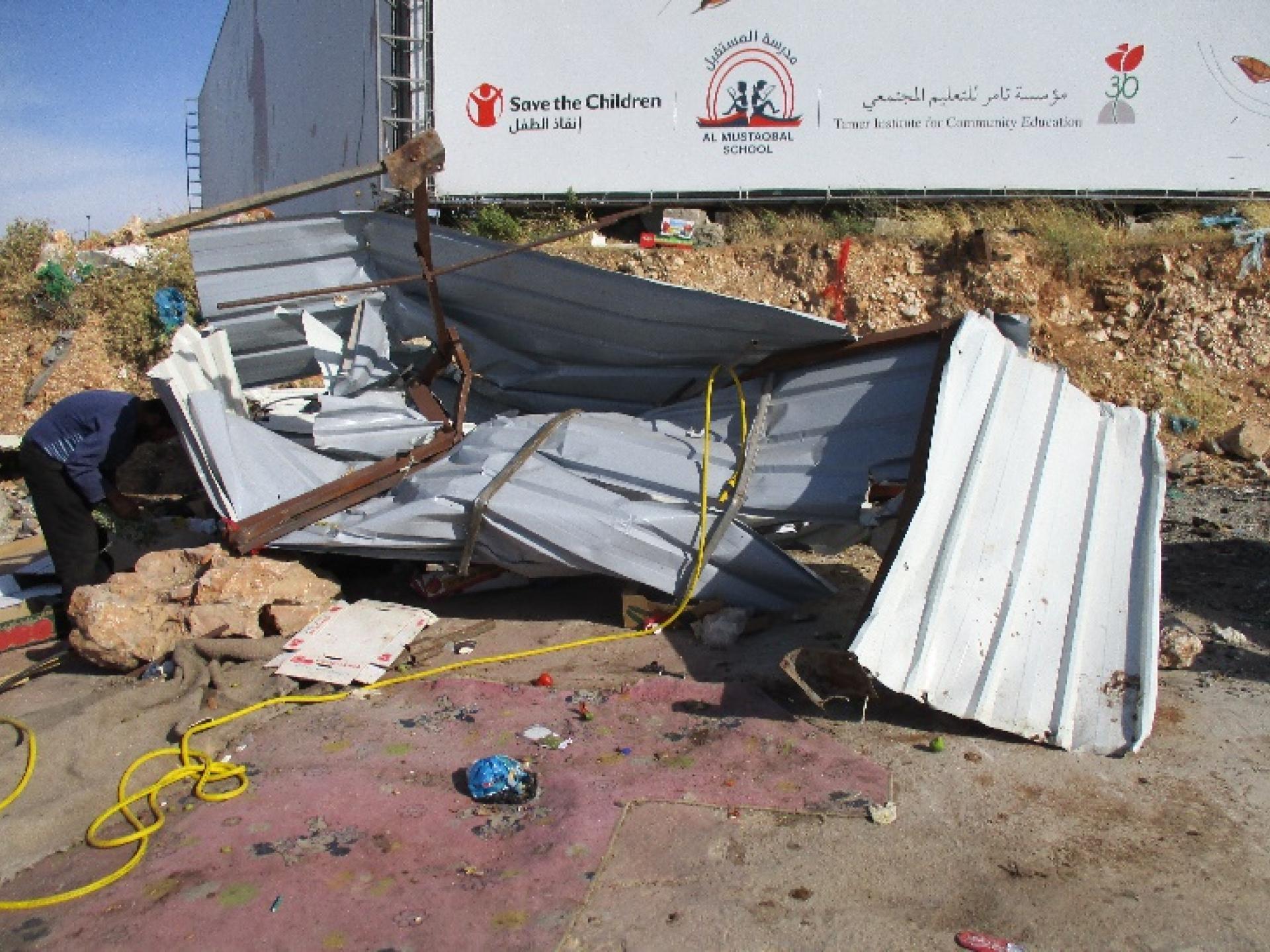 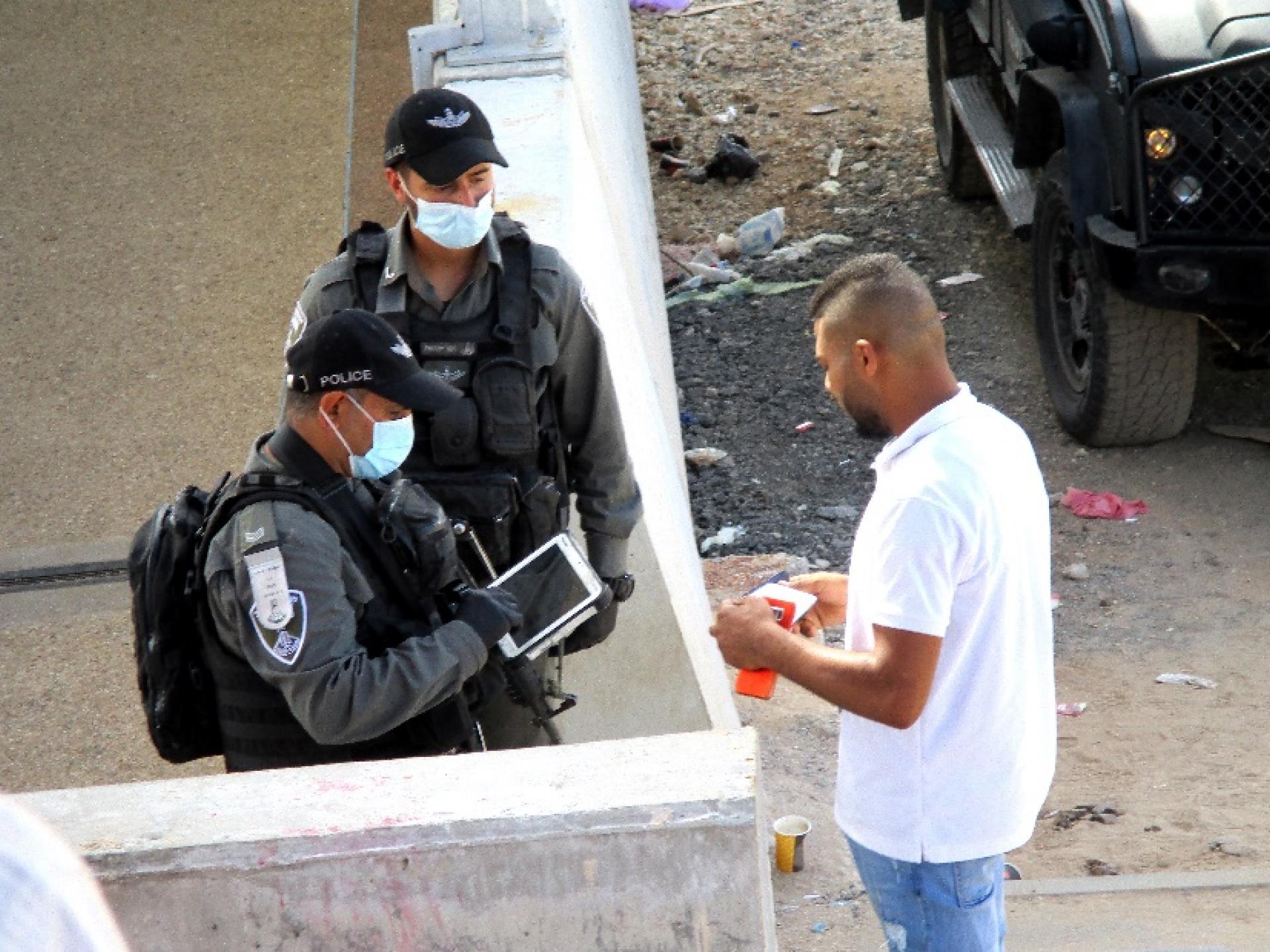 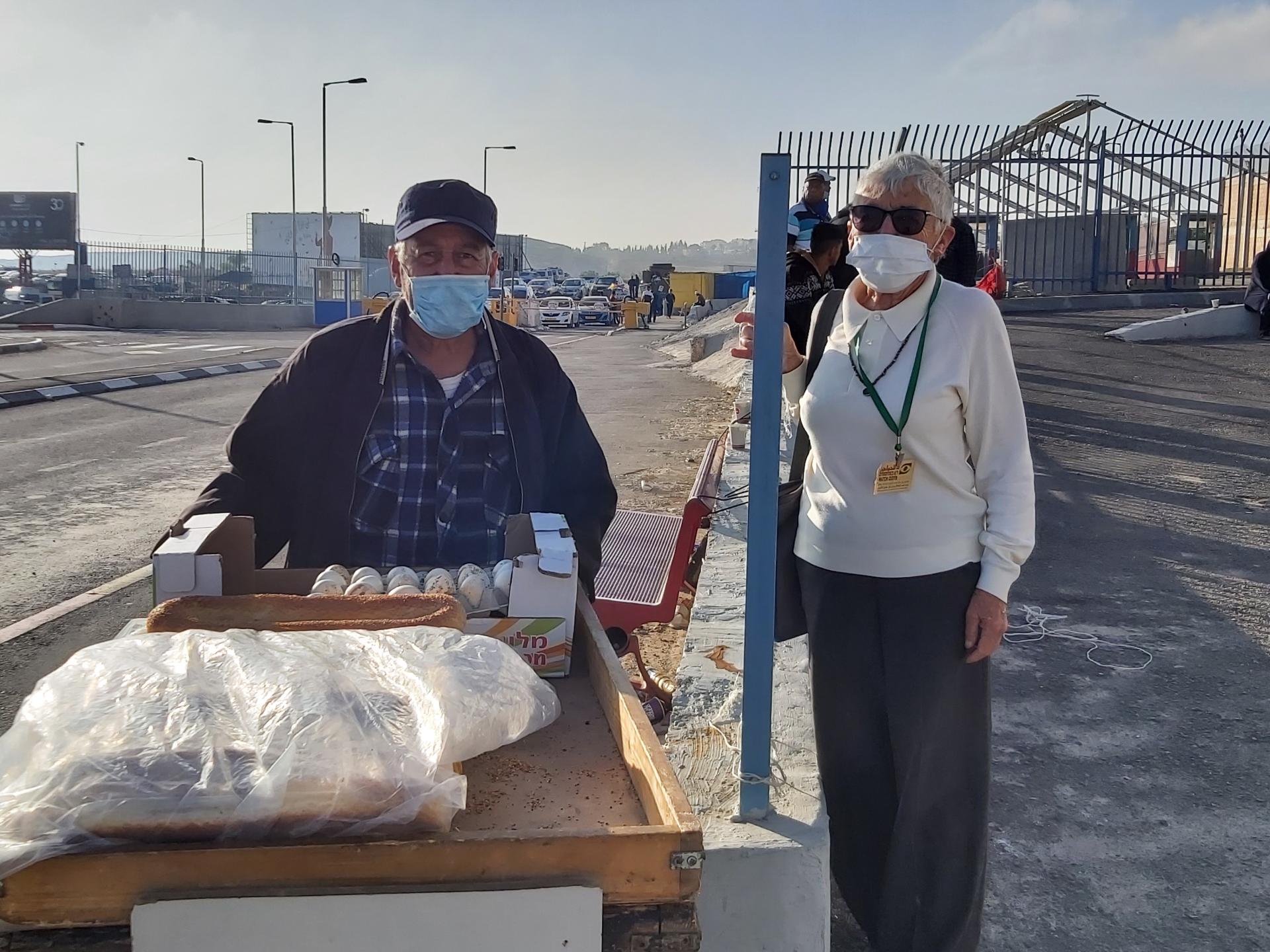 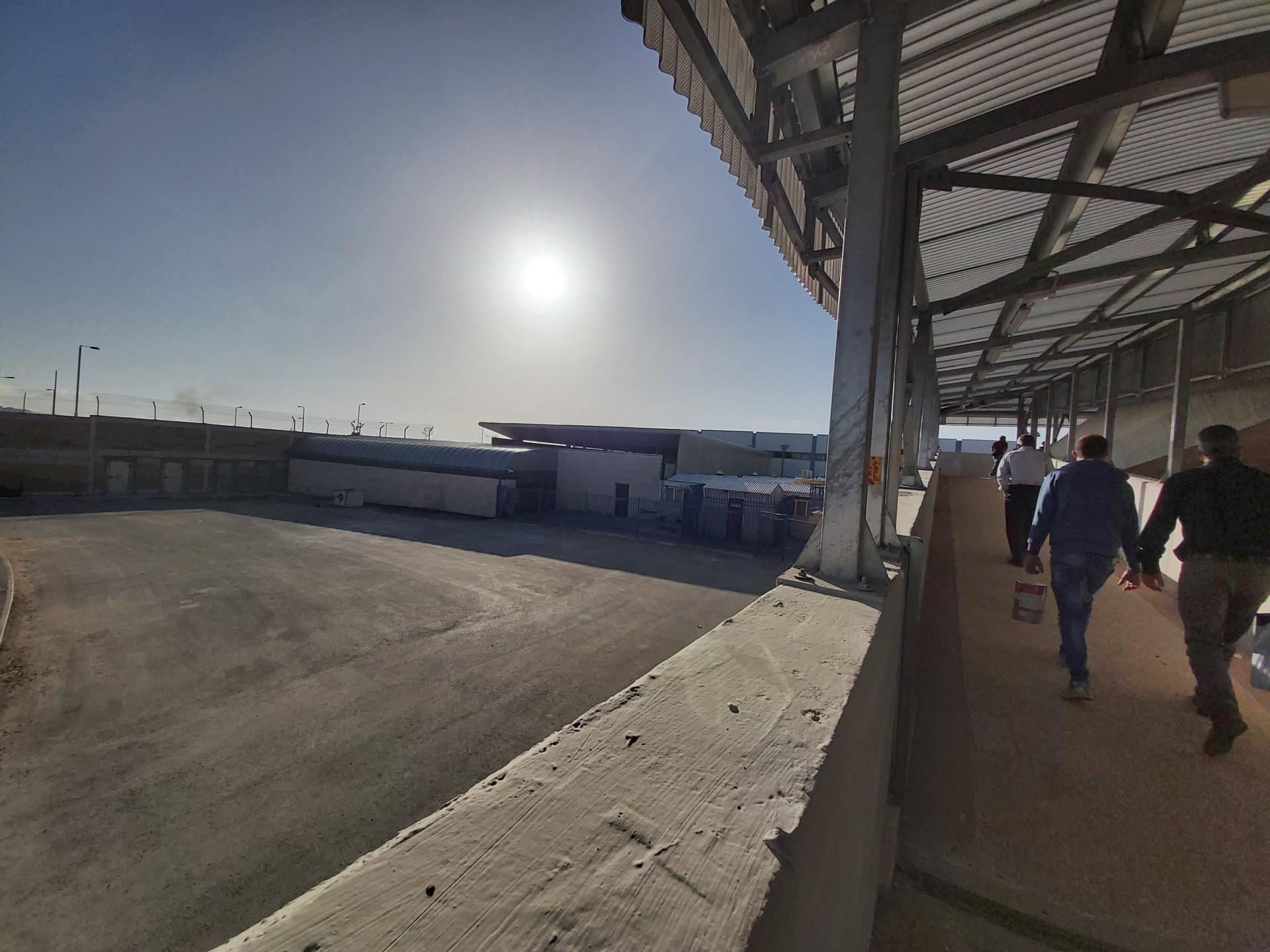 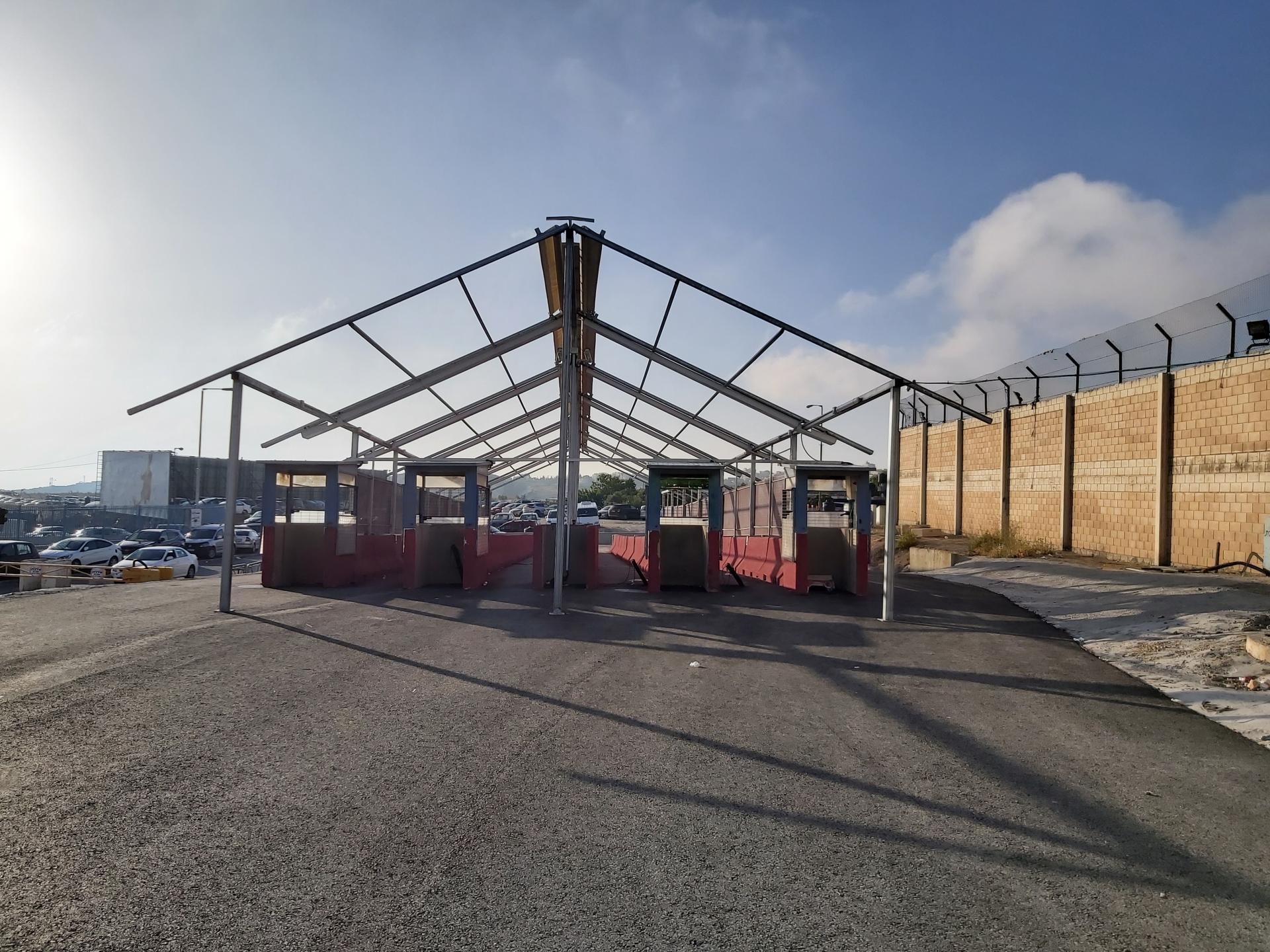 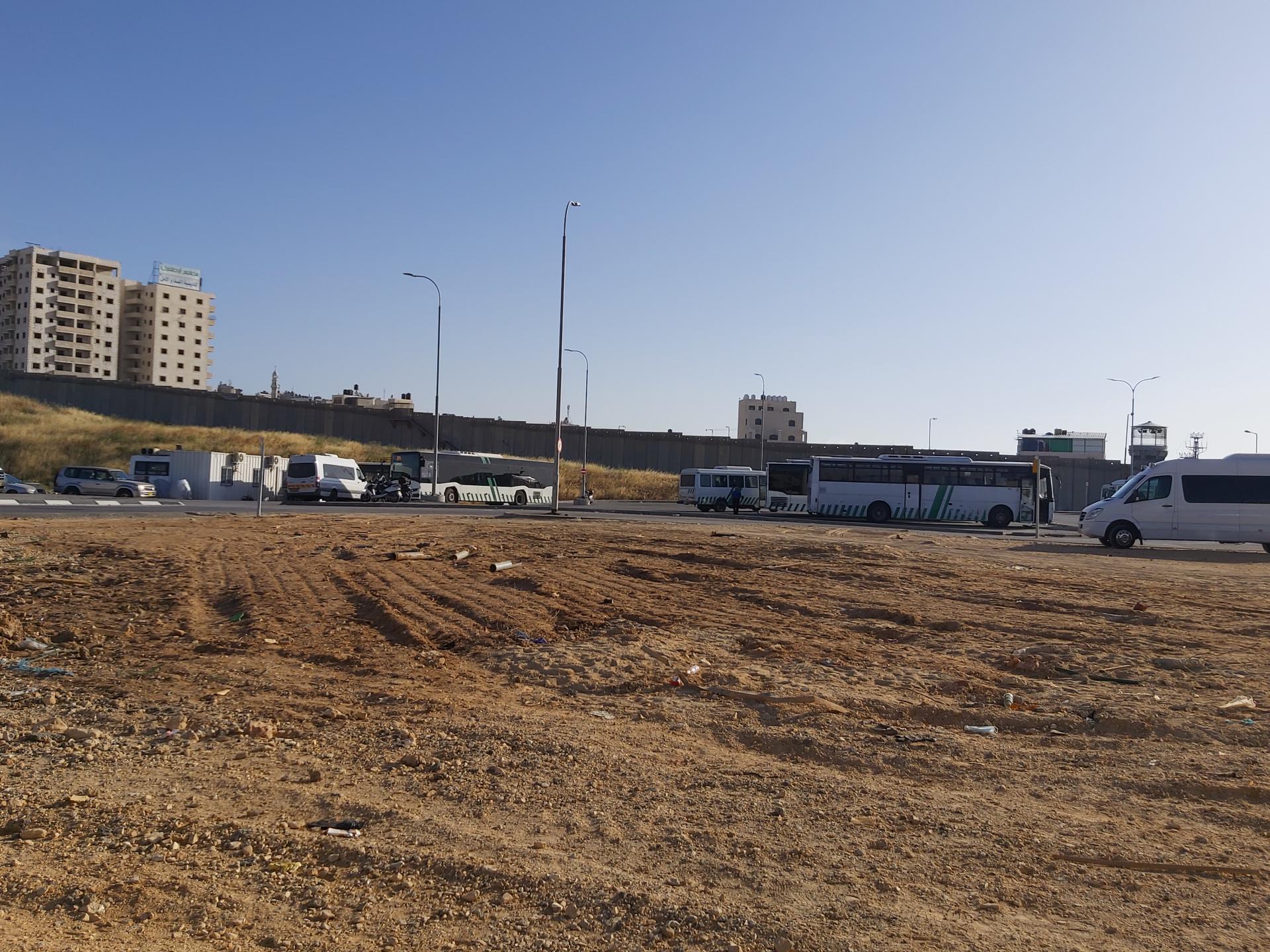 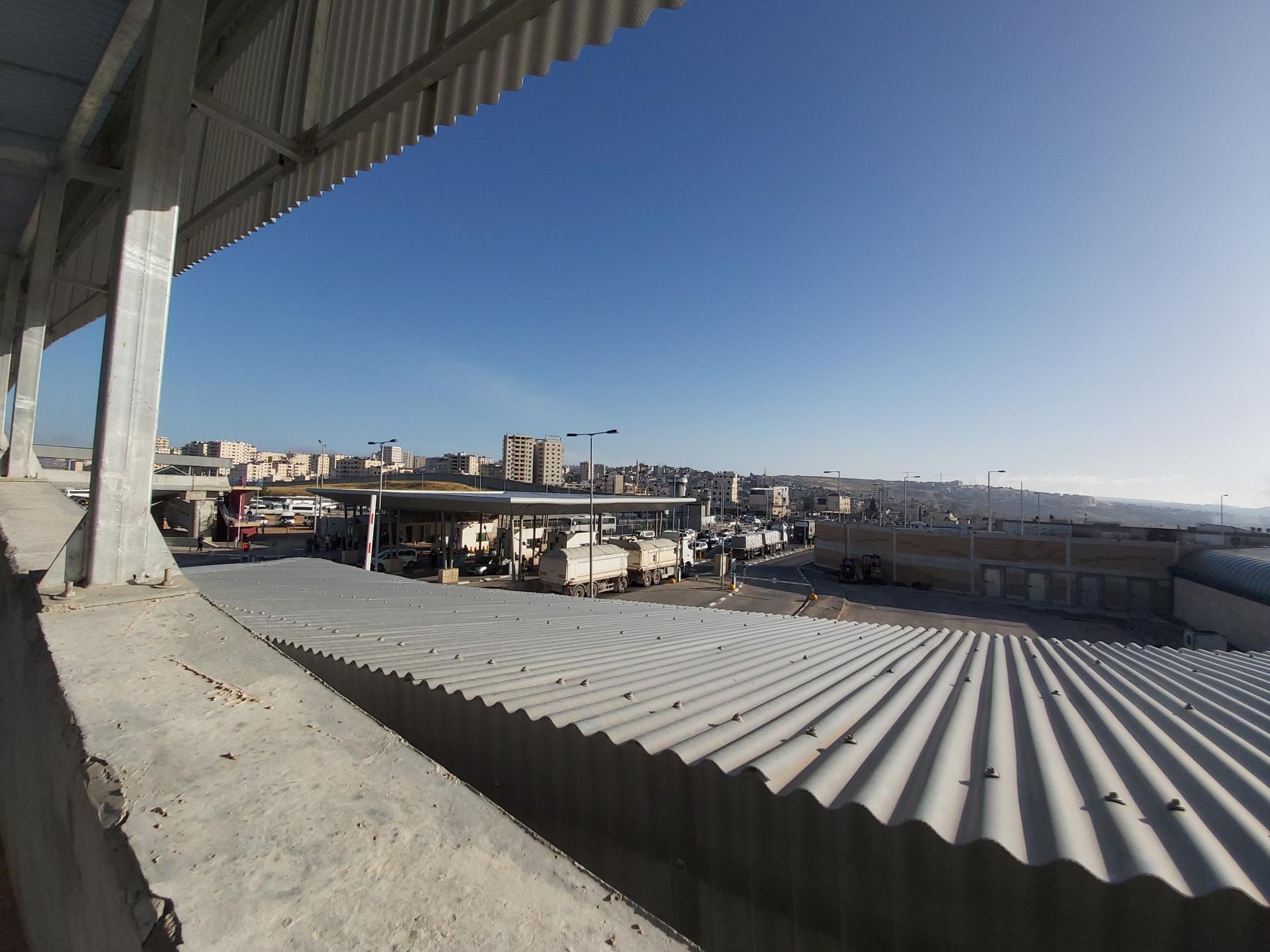 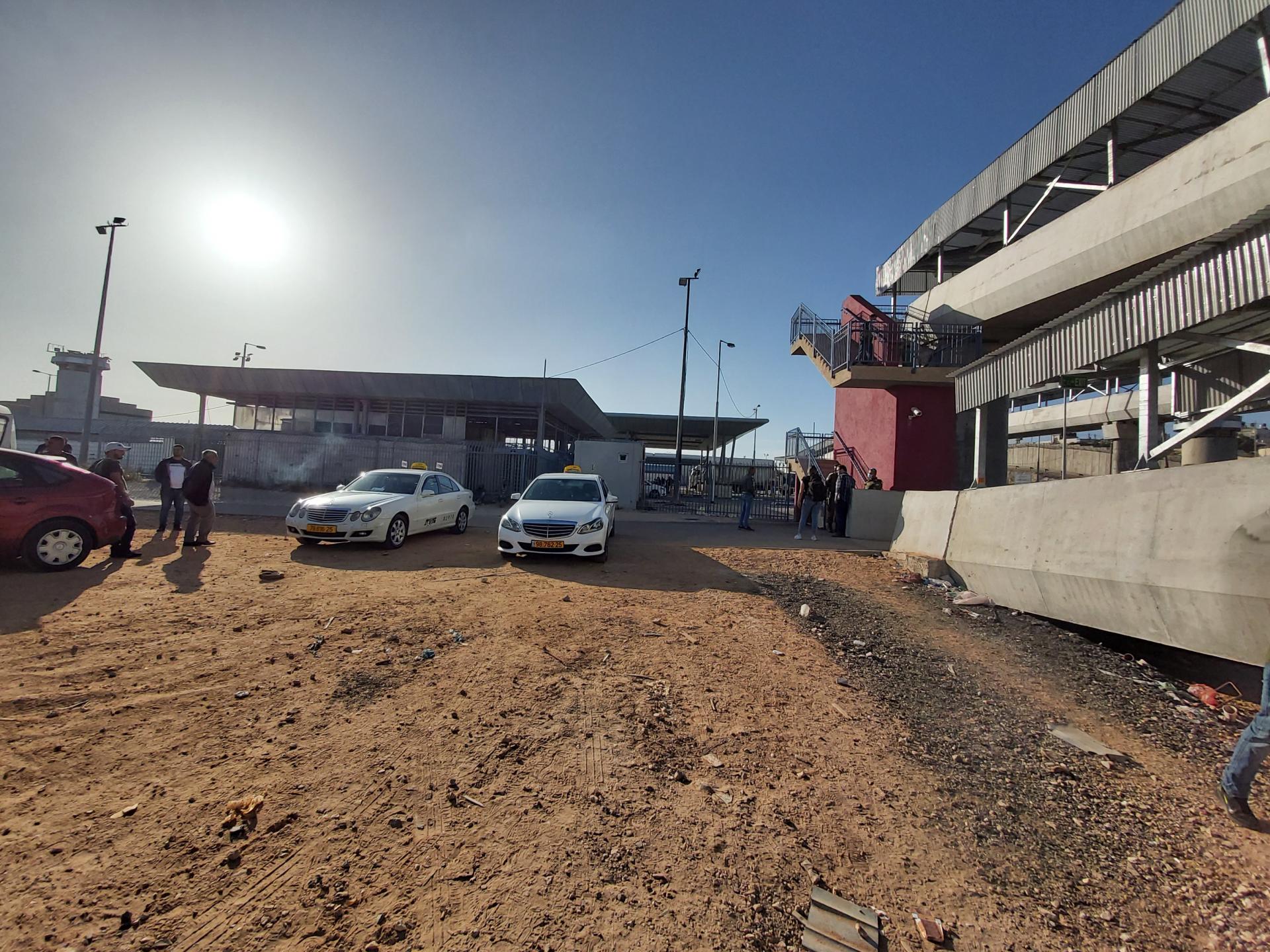