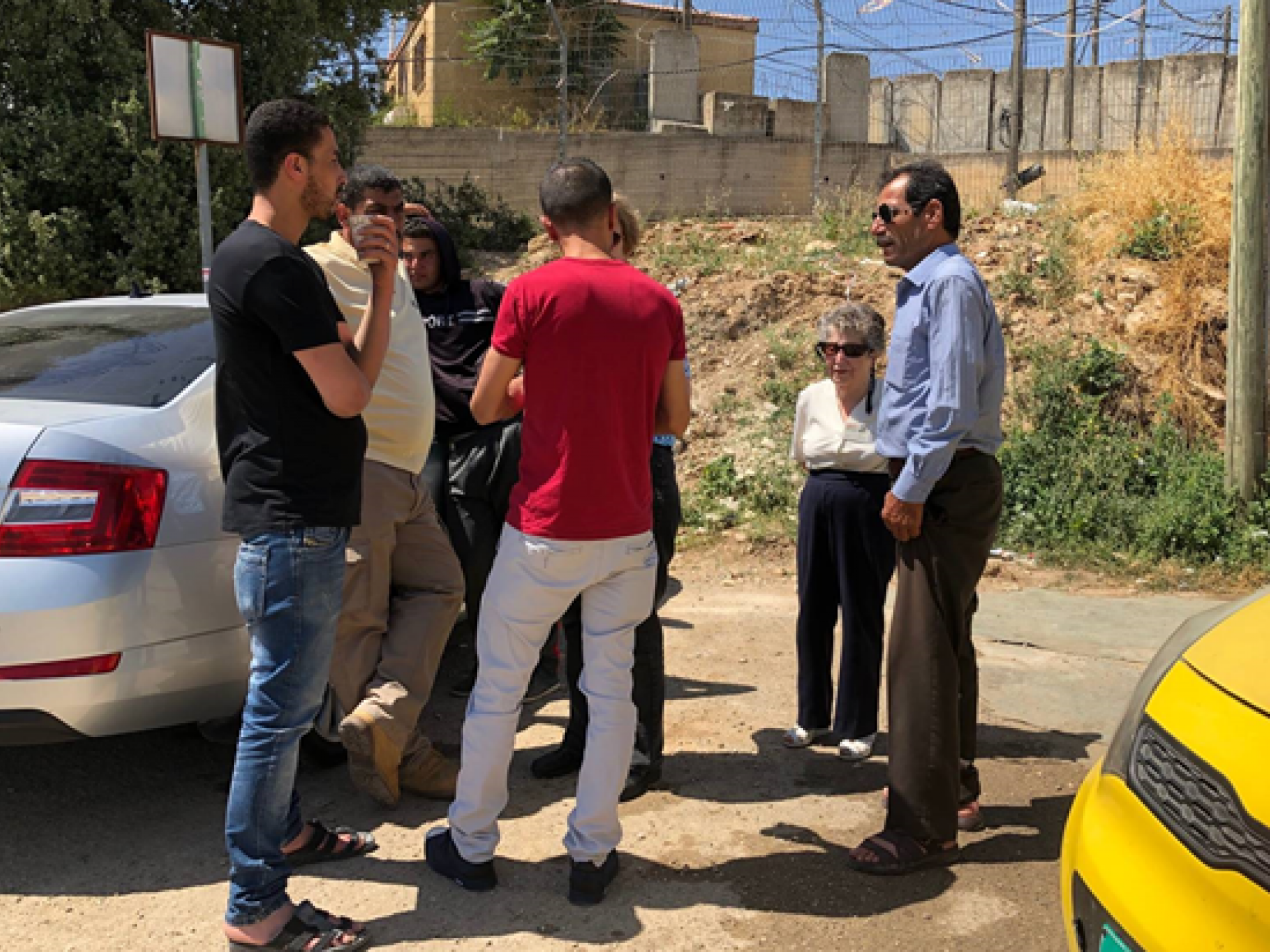 Immediately Shlomit and I were approached by people with various problems.  One and a half hours of the people who are invisible to the average Israeli 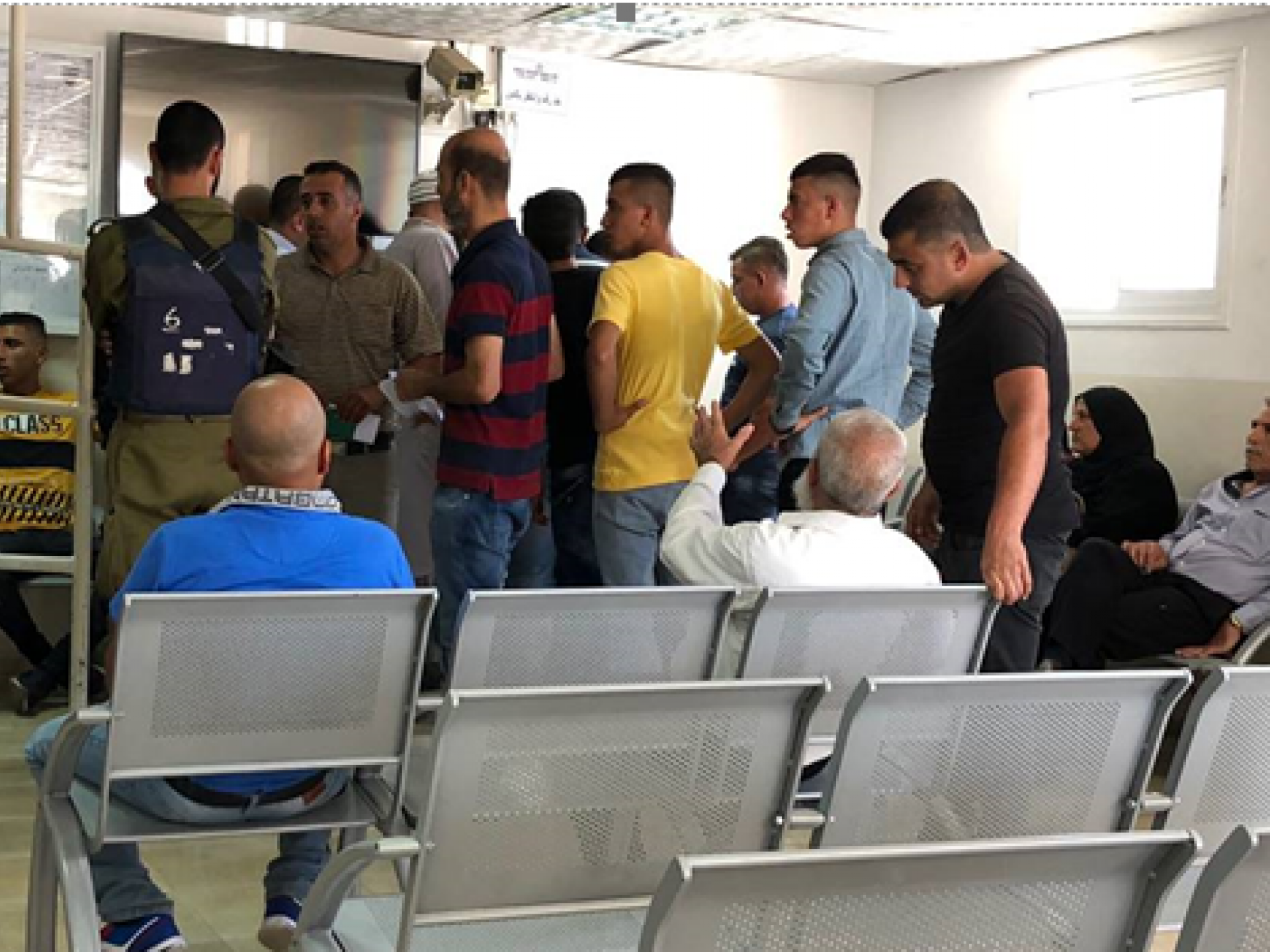 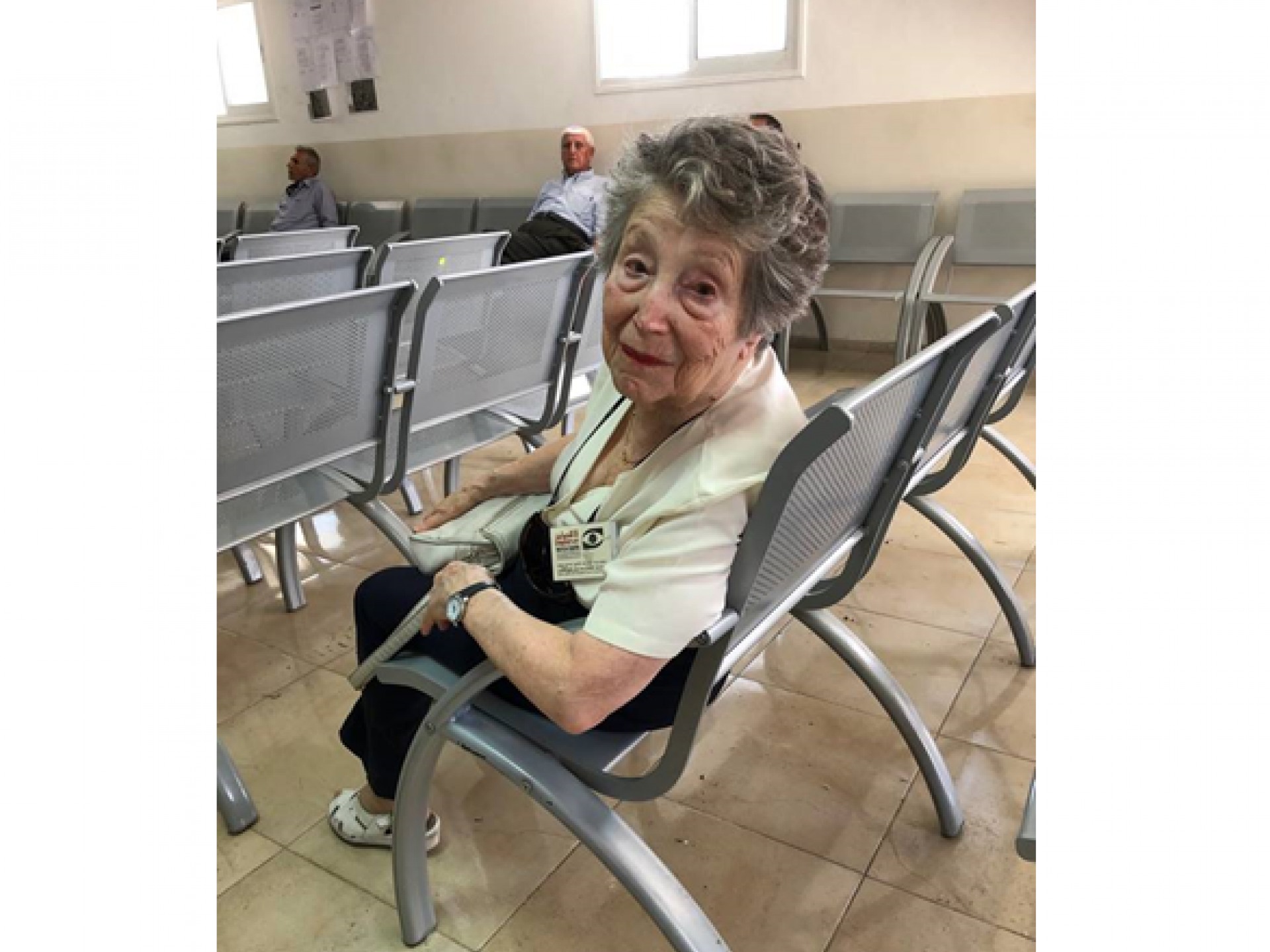 Ora is watching at the waiting hall of the DCO

The parking lot was packed when we drove in. Immediately Shlomit and I were approached by people with various problems.  One and a half hours of the people who are invisible to the average Israeli.

While we were outside Ora went into the waiting room and came out to say that everything was being handled in an orderly fashion and groups of people were being allowed through in one go.  Of course the question has to be asked… how fast is the procedure once they enter into the area of the offices which we cannot see.

At one stage three soldiers came out to deal with the numbering machine and very quickly we were approached by one of them…..I have a feeling it was the same soldier from two weeks ago……and told that we were not allowed to be there. When we insisted that we were, we  were again threatened with the police….and of course we did not leave and of course no policeman appeared. The boogey man of our childhood whom we were told would come if we did not eat our vegetables.

Most the stories pretty much repeated themselves ….men between the ages of 30 and 50 who in their youth had thrown stones and been in prison for either some months or some years and who now find that they are prevented from entering Israel. Those who said that they were given no reason for the prevention. In most cases we told them to go to the policeman on duty and get a paper which states why they are on the list of those prevented. Some were given Sylvie’s number and others told to go to Hamies Tamimi in Hebron. To try to get the name of employer who would give them work or even from the settlements.

One elderly gentleman from Walleja asked if we could help his daughter whose husband beats her and they live in a Bedouin town in Israel. He has tried to speak to the family but it does not help. She is 31 and he is in his 50s with two other wives but evidently a very rich man with two garages. Unfortunately she is not legally in the country and so, although her husband would probably be in jail for wife beating she would be deported. Her father does not want her back. Draw your own conclusions. We told him to phone the Center for the Defense of the Individual.

Another man came on behalf of his sister who, after the death of her husband in Jordan , wants to return to Israel to her son, but her ID was taken from her at the Allenby bridge and he was told to come to the DCO to have it restored to him. He did not return to us afterwards so we do not know what happened.

One man had an appointment for an eye examination. He had come yesterday and had been told to come back today. 52 years old but the secret service refuses to let him through. Hanna B. said that he should make an appointment in  another months time and if he was still refused to phone Hanna.

A young woman from Daheisha who works at Unwra had come with her male colleague who also works for them but would like to work in Israel. He needs to get a magnetic card.  Her family was originally from the Beit Shemesh area but she, of course has never seen it. Luckily her family has been able to move out of Daheisha. We hope that he got what he needed as he came out with a smile.

And as  I said when we left the invisible people who will not be seen at Qalandiya or Bethlehem kept arriving to try their luck.