Tura checkpoint: why delay the children on the way home? 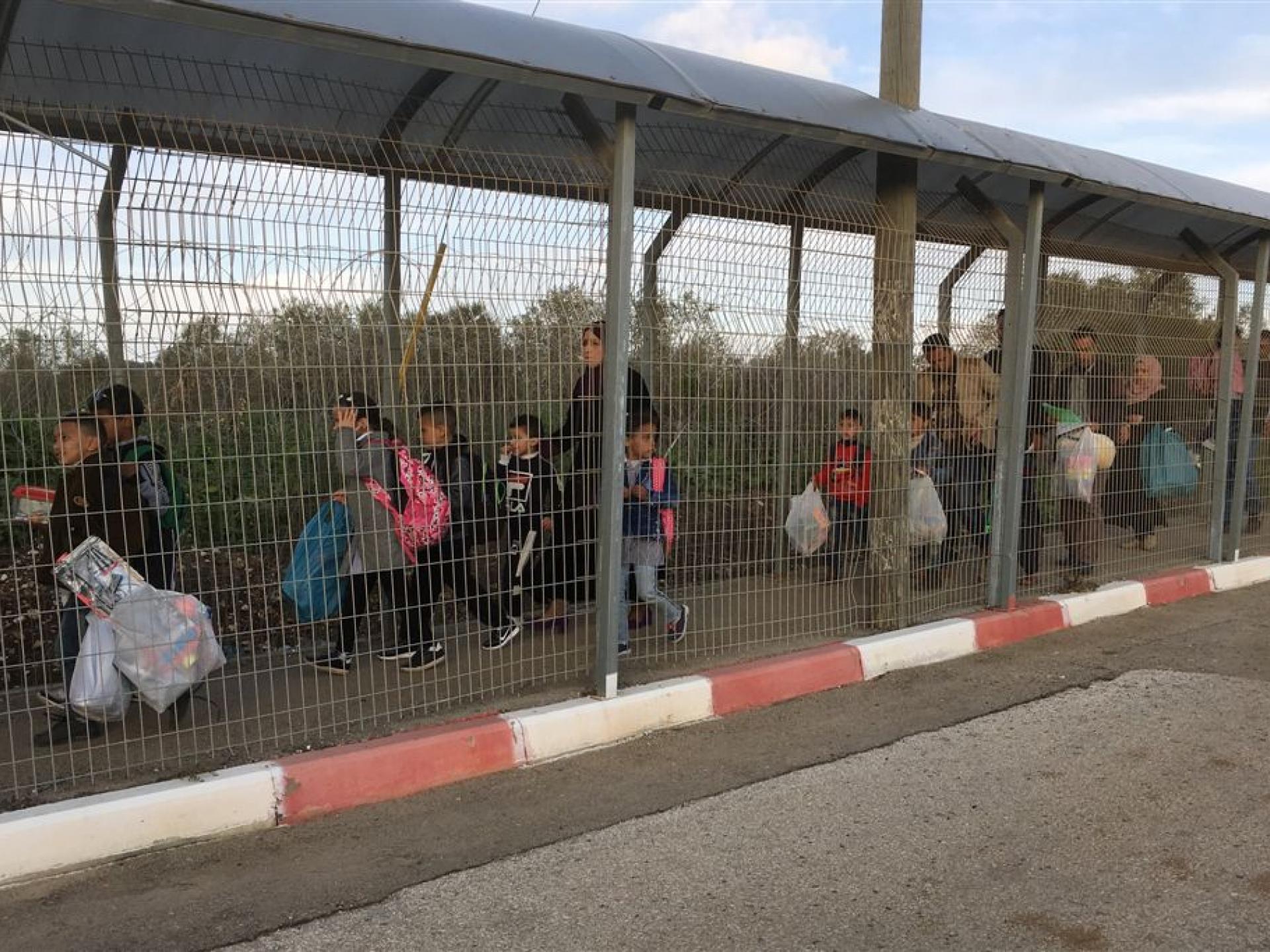 Tura checkpoint: at last! the children are crossing home

We drove to see Hermesh Checkpoint and saw flags of “Netzach Yehuda” flying proudly everywhere.  There were no soldiers and no traffic, so we continued on to Yaabed Dotan Checkpoint.  There was a soldier in the pillbox and very little traffic.

We arrived at Barta’a Reihan Checkpoint on the Palestinian side.  It was not especially crowded because there has been a massive cancellation of people’s crossing permits.  A farmer who tends 15 dunams (4.5 acres) of olives near Barta’a approached us.  He has a permit to cross at Kafin Checkpoint twice each week, but he is interested in obtaining a permit to cross every day at Barta’a.  Taxi drivers were trying to attract passengers by shouting their destinations such as Jenin or Nablus (They don’t go to Tiberius..).

A man who has been banned from entering Israel by the police approached us and asked us to help him renew his permit.  We referred him to the team who helps people with crossing permits.

Ruthi tried to call the District and Coordination Liaison but there was no answer.  She called Hannah and asked her for help.  After a few minutes when Hannah called back to report her phone call the checkpoint opened and the children were permitted to return home.  The children were crying, while the adults shouted at the soldiers angrily.

17:30 – We drove home.  We tried to understand what had happened here and why.