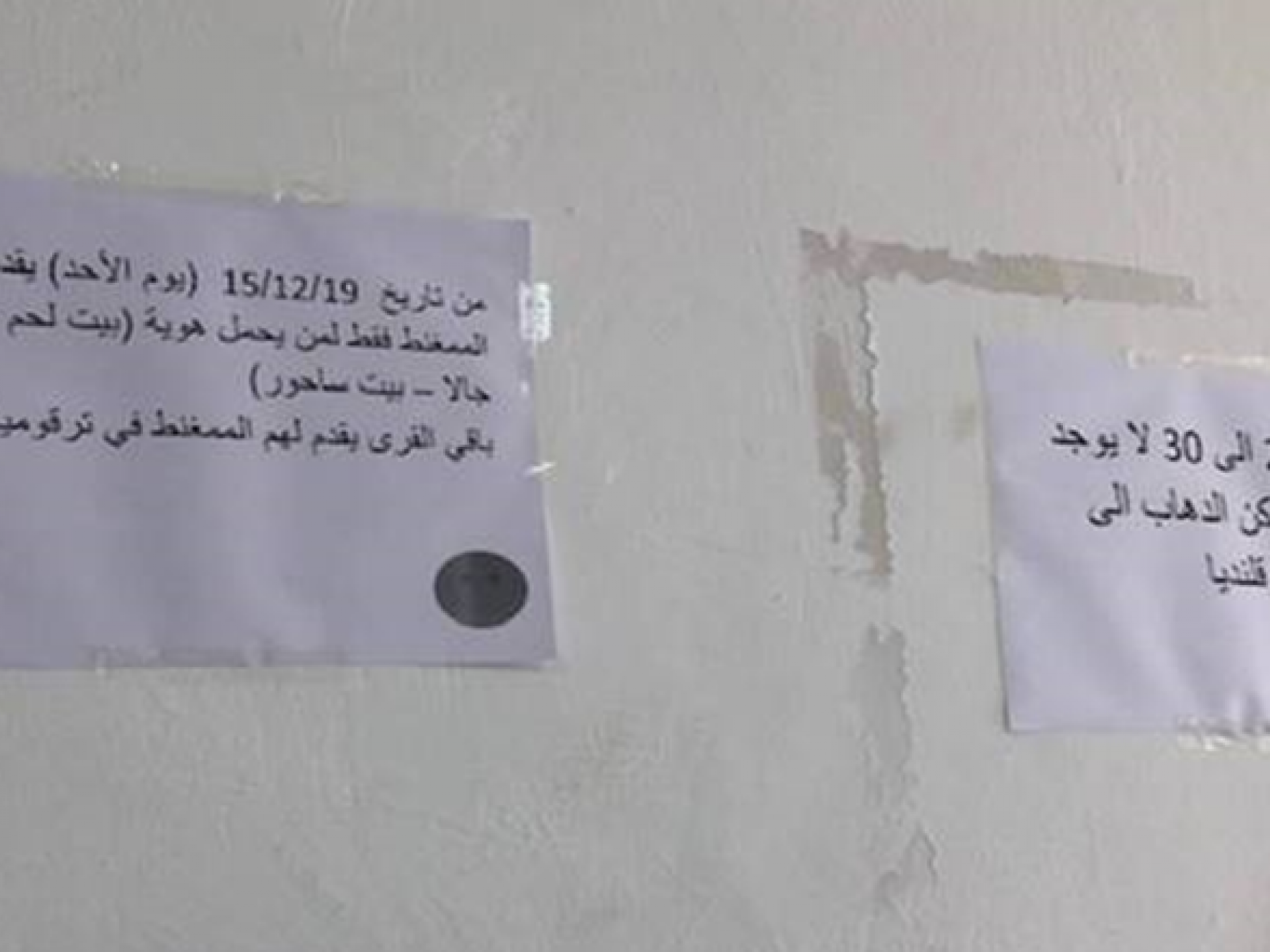 Etzion DCO: Two conflicting and confusing messages regarding the eligible to receive a magnetic card here. Why not make it difficult for Palestinians at every opportunity

10.30 on the wall at the entrance to the waiting hall two ads are hanging. One from last week, announcing that starting December 15, 2019, magnetic cards will only be issued to residents of Beit Sahour, Bethlehem, and Beit Jala, the other announcing that from December 22, 2019, to December 30, 2019, magnetic cards will not be issued to residents of Beit Sahor, Bethlehem, and Bet Jala. Nonetheless, today, residents from these communities arrived and they were immediately let in. But there were people who read the second ad and left immediately.

A man who stayed in the waiting hall praised us for our work and our humanity.

We were approached by a Palestinian guy and his Jewish employer, a resident of Netiv-HaLamed-heh. The guy said he had a six-month work permit issued Dec. 7. To his surprise, after a short while they refused to let him enter Israel because he was "an intelligence prevented" (having rumors that his actions or intentions could harm Israel). They didn’t consider the fact that he has a document from the police indicating that he never had a previous conviction. He said his world was destroyed. We advised him to call Sylvia who will probably deal with the expanding phenomenon of intelligence prevented.