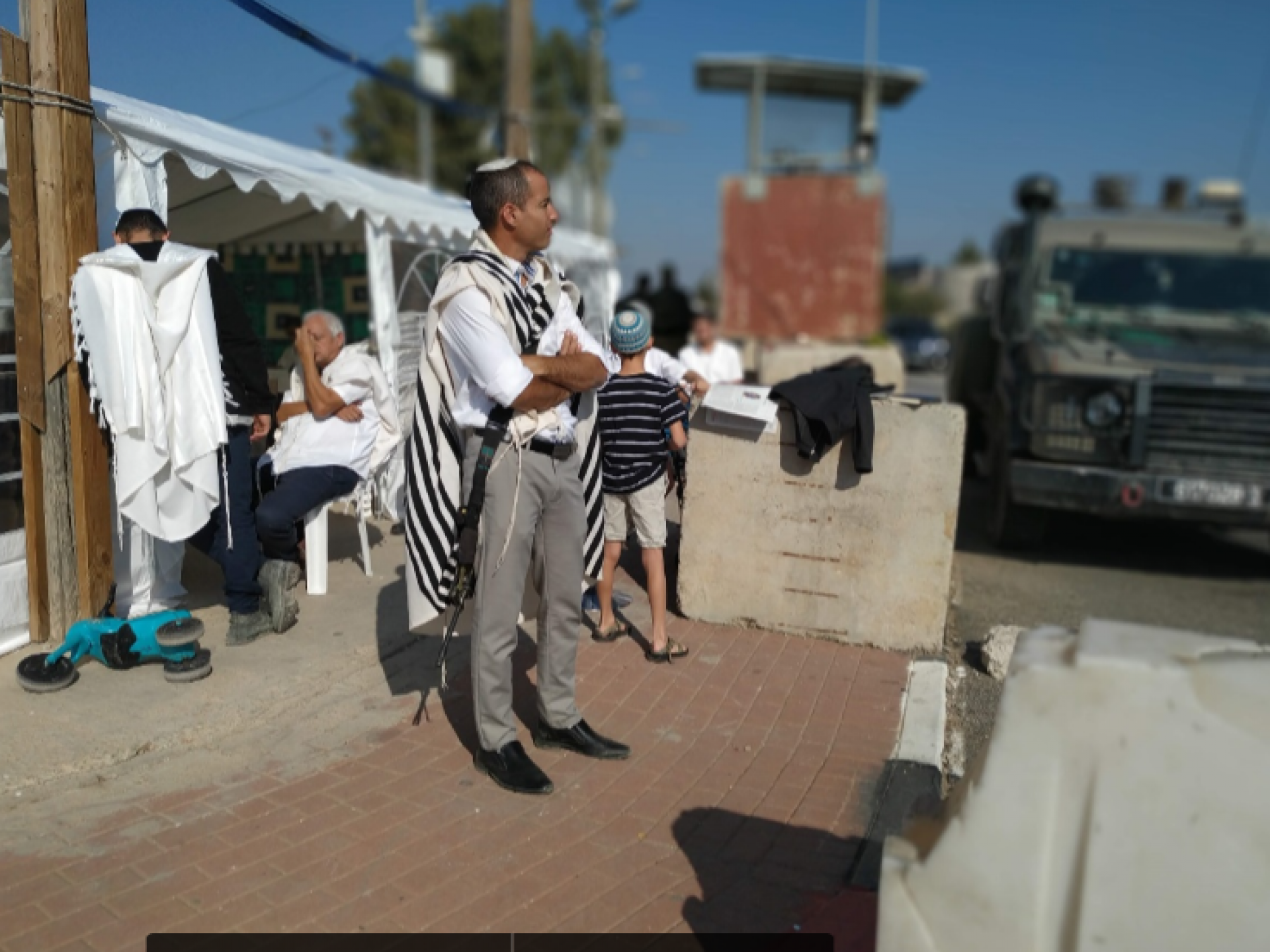 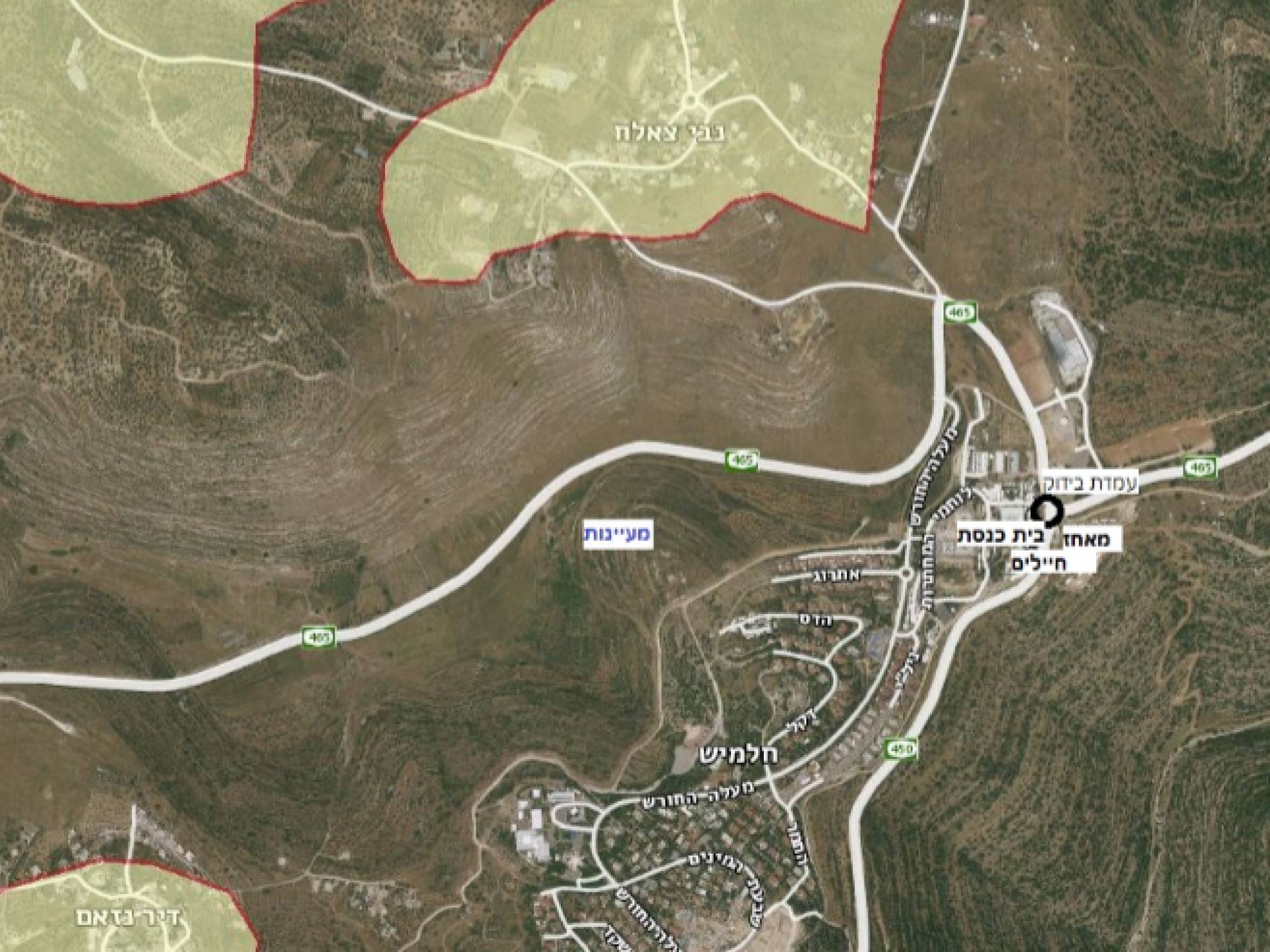 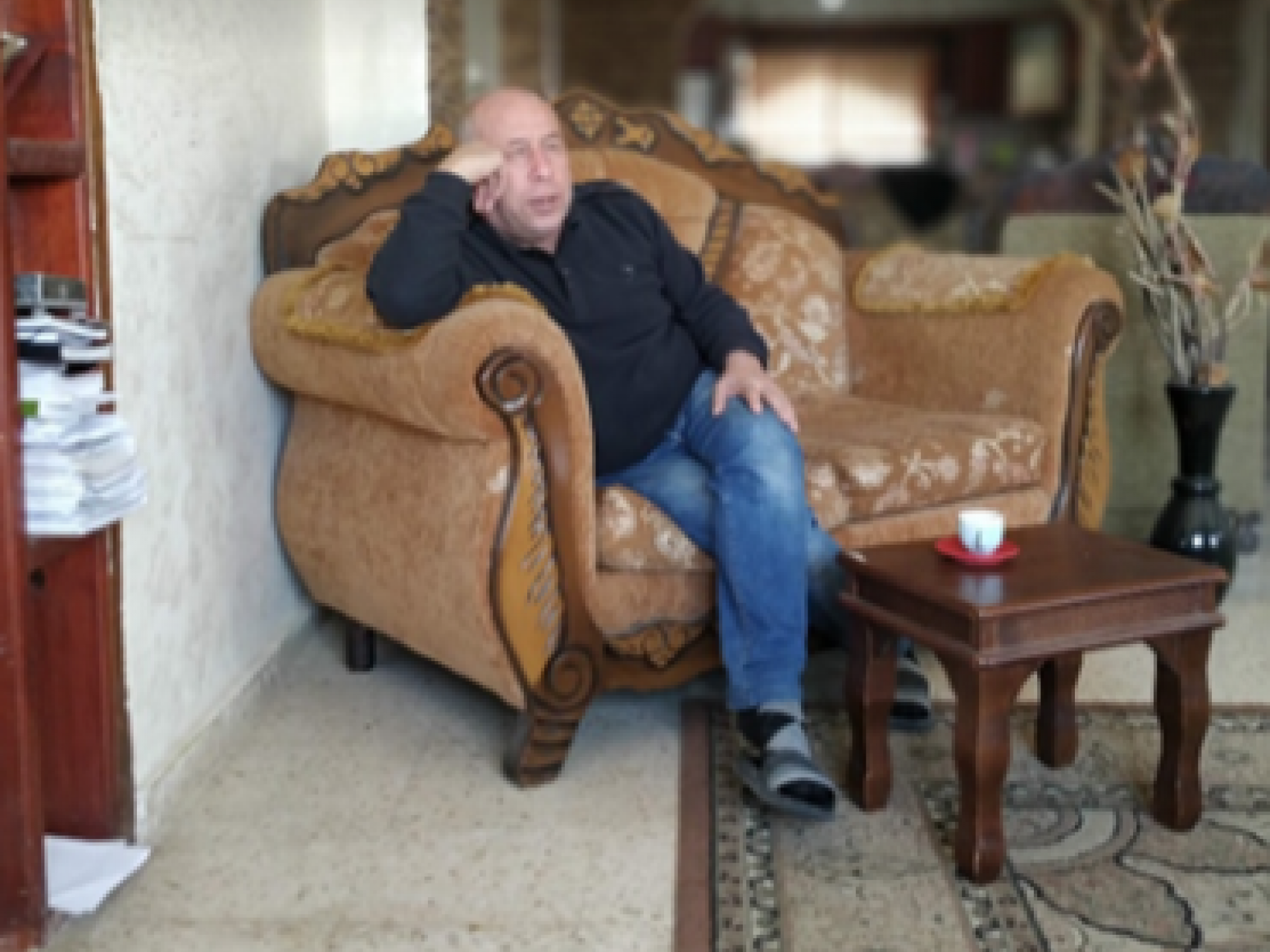 The head of the village Nabi Saleh 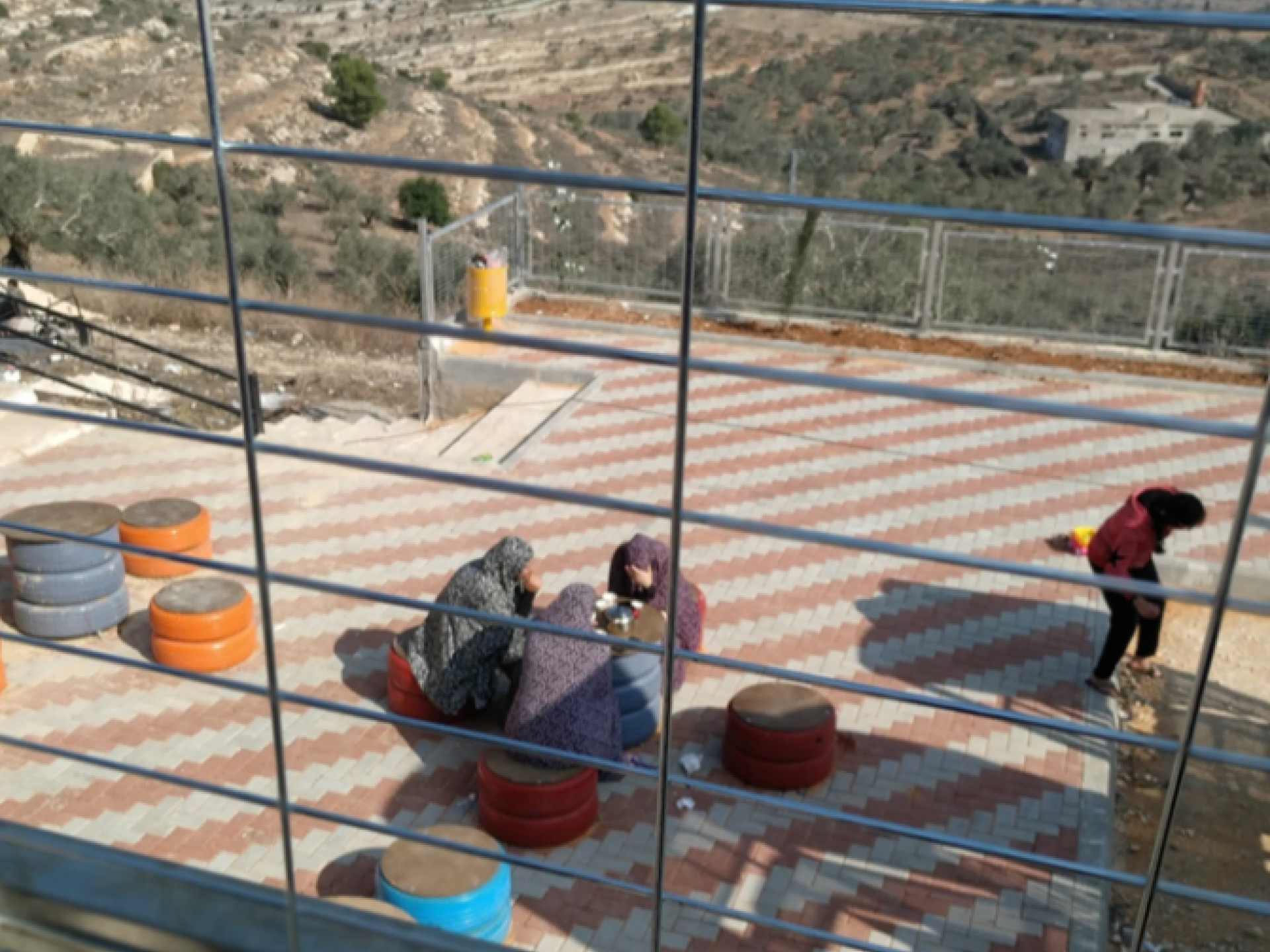 At the request of attorney Neta Shif Amar to photograph and witness prayers held on the road on Friday and Saturday. We got there on Saturday morning at 8:45 a.m., and spent about an hour and a half on site.

After petitioning the Supreme Court against closing off road 450 after the terrorist murder at Halamish, the road was indeed opened but on both ends of this segment barriers were placed that pose a problem for Palestinian traffic, as well as an inspection spot on road 465 on Fridays and Saturdays.  In an additional petition against the settler-colonists’ prayers there, one of the Supreme Court judges – a settler-colonist himself – said that they do not pray on the road itself but in the synagogue…

The settler-colonists have heard him well and retreated to the sidewalk. This fact became obvious during our vigil there. For the Palestinians this is no change: the junction is surrounded by numerous armed troops, concrete blocks and two very present armed weapons carriers on the road on both sides of the improvised synagogue.

We stood for a long time on road 465 in the thick traffic jam that formed in front of the junction coming from Nabi Salah towards Bir Zeit and Ramallah. Military Police personnel stopped every single car and conducted lengthy inspections. The traffic jam remained in place during our entire stay, cars inspected at the rate of one a minute, some detained for over 5 minutes. ON road 450 towards Beitilu one must cross an additional checkpoint, between two red barriers near soldiers who also check passing cars. During our stay there only a few cars passed there, all coming from Beitilu. We assume Palestinians gave up driving in the opposite direction in view of the danger they felt from the number of armed soldiers and APCs. The documentation supplied regularly by Palestinians of these hardships do not satisfy the court, said Attorney Shif Amar, and that is why we were requested to photograph and give testimony.

The nightmare of this vigil for us was the hateful looks we got from Palestinians assuming we were either settler-colonists or their supporters. Our helplessness under such circumstances is great and depressing, when our purpose is to try and bring testimony of prayers on this road.

Since we were last there, the outpost created and named after the Fogel family members who were murdered in the Halamish settler-colony has grown and is closing ranks with the Elisha pre-military preparatory academy. Furthermore, a concrete wall has been erected on the road along the length of the outpost. “This is not an outpost, it’s a neighborhood” said to us a woman living with her family in the outpost. One of the caravans there is inhabited by the soldiers. To our question why there were so many soldiers, she said: “An explosive charge was found here last night. It’s usually quiet here”. The soldiers denied this. “The developing neighborhood is waiting for the legislated bill to be passed.” When we arrived and crossed the junction towards the synagogue, we were accompanied by armed soldiers to defend us. Our feeling was that their presence preserves and commemorates the fact that the Fogel family murder might be repeated at any moment and every Palestinian is a potential danger and arouses suspicion.

With our assignments over, we drove from there to Nabi Salah. After a mere 10 minutes we reached the home of Naji Tamimi, the chairman of Nabi Salah local council. The weekly demonstrations there against the landgrab of the Al Kos spring by Halamish settler-colonists and its renaming as Meir Spring have ceased, following numerous demonstrators being wounded by rubber-coated steel bullets as well as live fire and the damage to lands resulting from the frequent use of smoke grenades and crowd dispersal means.