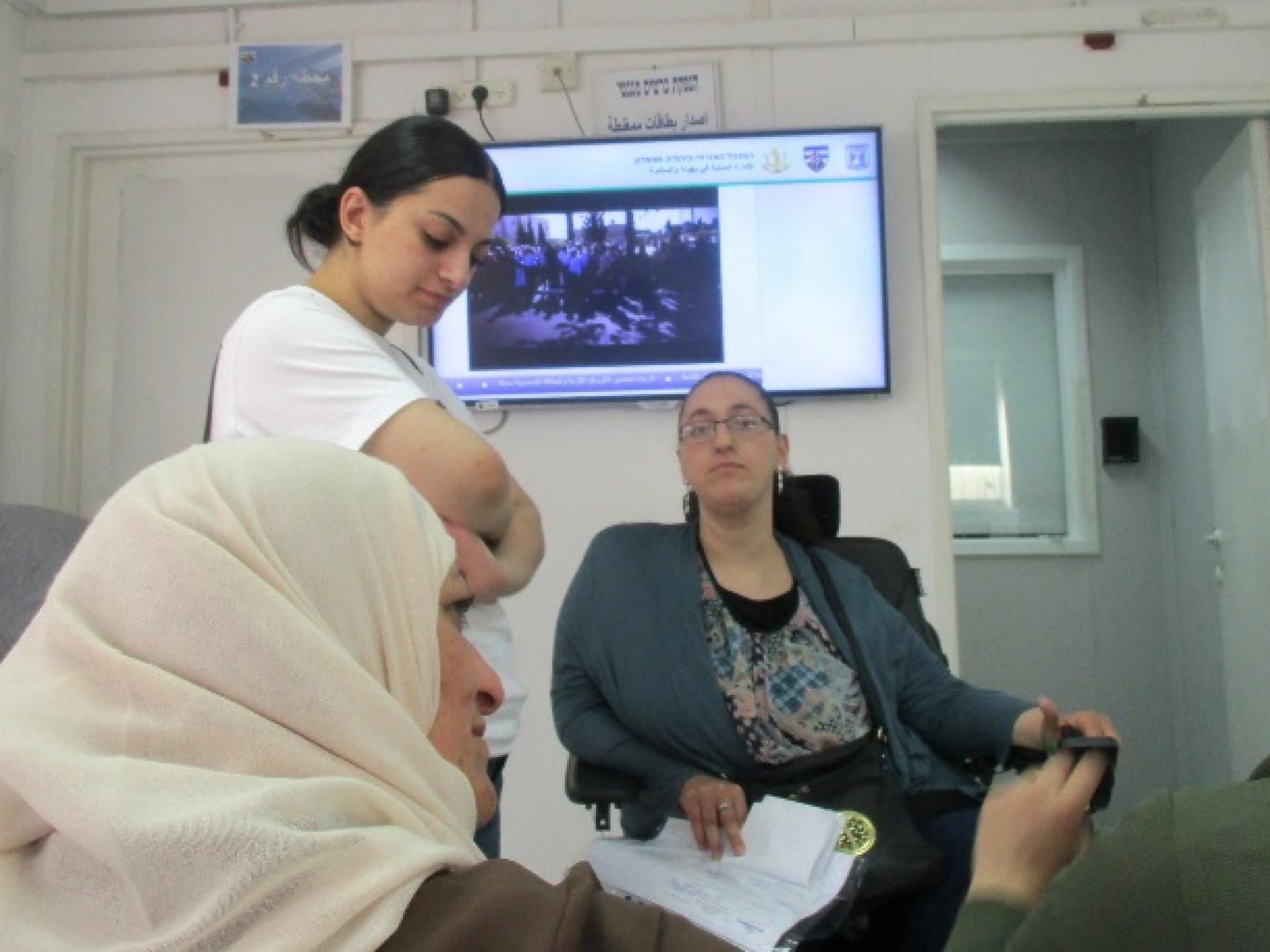 A Palestinian family from the US with special needs

The mother was born in East Jerusalem and emigrated to the US years ago, where her four children were born, who are now grown up – one son and three daughters. One daughter is completely paralyzed, only her head and hands function and she moves around in an electric wheelchair.

They had two requests:

The five were waiting patiently for all who had arrived before them to be dealt with.

They are not familiar with the local custom of cutting in line with “I just want to ask something”. The brother and three sisters do not speak Arabic, only English, and the mother’s Arabic isn’t what it used to be.

When their turn came, and the time was 4 p.m. a patient, friendly officer heard them out, took their documents, left to inquire, came back and said he was still looking into it. At 5 p.m. the verdict arrived: the mother and the paralyzed sister are permitted to leave via Ben Gurion Airport. The others are not.

In between, the officers discovered with the Israeli army computer that the brother and sisters are of Palestinian descent.

Sure. They’ll come tomorrow. Waste another day, for the third time, in the hold of the occupation bureaucracy (they had already been at the Bet El DCO another day, from where they were sent to Qalandiya).

All that is left now is to exit the DCO. For this requires going up two stairways and going down two, and how is the wheelchair to be managed? There’s a gate, who will open it? Time passed until a security guard came along from the other side. 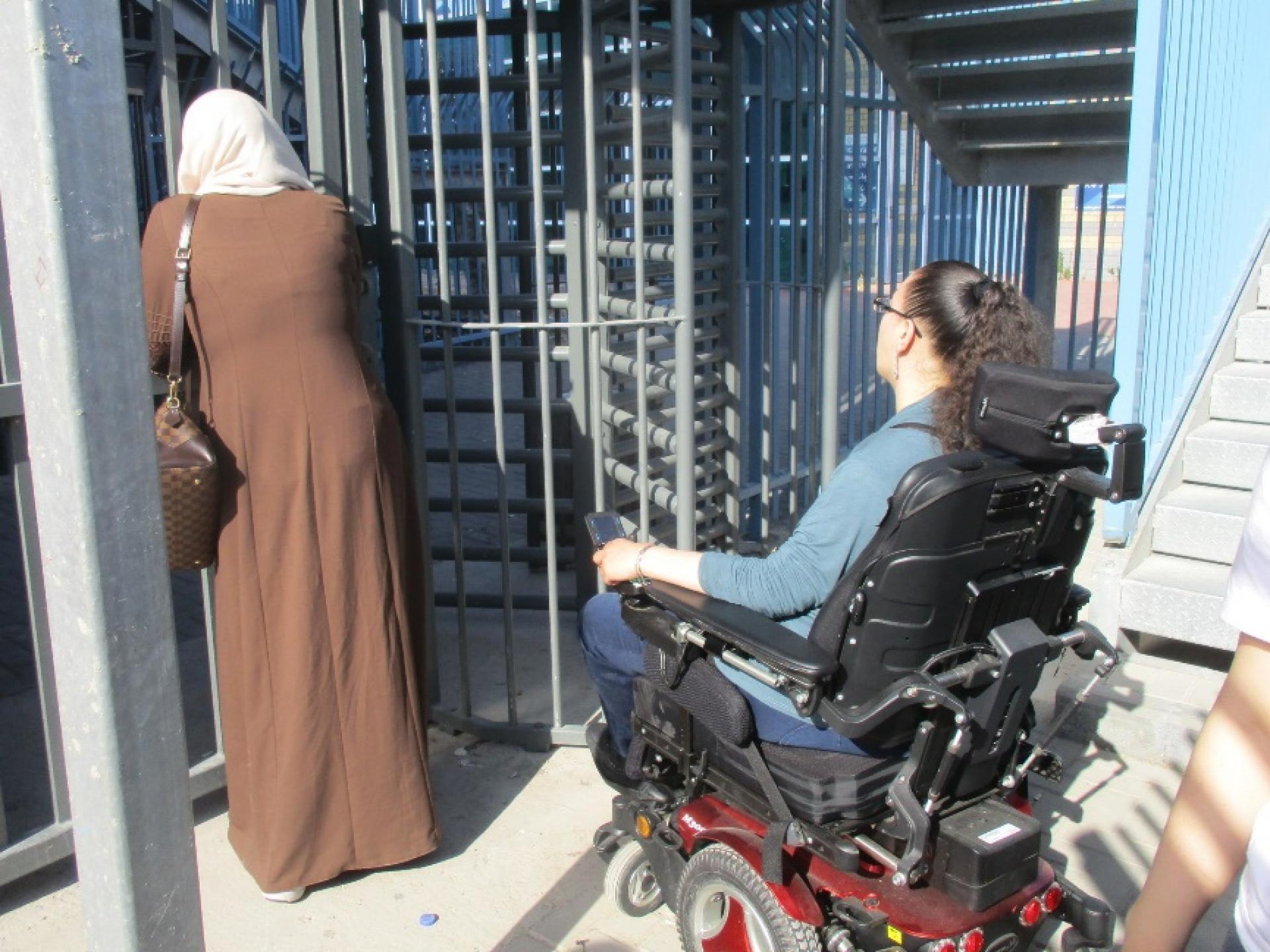 Mother and her paralyzed daughter in front of a closed gate

He said this and left. More time passed.

Only after climbing  up and down the stairs and reaching the inspection area and raising a racket, did someone come along to open the gate for the wheelchair and the young woman sitting in it.