Two stories of the occupation .

The village of Neizel is located on Route 316 on the way to Arad from Route 317 near the Metzadot Yehuda checkpoint. On its eastern side is the fence. Behind the fence is the settlement of Beit Yatir, which by the construction the fence is now in  the State of Israel. Since the construction of the fence, we have been told by A. the state of the village has improved, there is now electricity coming from the checkpoint, the Palestinian Authority has built a reservoir of water from the water that comes from a pipe that reaches the checkpoint. The only problem is the sewage of the settlement. They raised the problem with the settlement and they promised to take care of it. A. and his father said that everything was good now.

The ruins have to be carried out near Jimba, where only four-wheeled vehicles can be reached. N. tells us about the operation of “price tag” that was carried out in Jura al-Kheir near Sa'ir. And we decided to go there.

In the picture below: fence, facilities. Water and sewage.

This is  the pillbox, 20 meters after the turn. The settlement is in Area C and therefore no building permits are received. Two years ago the houses were demolished and they received caravans from an international organization. Ten days ago, the army cameand said that they would demolish the caravans, even though there is a court decision against  the demolition and it is only allowed to demolish because of  very strong security reasons

The family is regarded by the Secret Service as posing a high security risk and is therefore “prevented”.

One son in an Israeli prison, another son was released in the Shalit deal and now is in Gaza. Perhaps these are the security considerations. The son is visited only by his brother and sister and once a year.

On the hill opposite, a new illegal outpost has been set up and the settlers went down last Saturday night to the Palestinian village, burned a small chicken coop, destroyed and stole a rabbit house and hung a sign.

We did not see the sign because the police who were there yesterday took it for interrogation. The mother us mainly afraid of the settlers coming again. We are trying to organize international activists who will be there with them.

One can not see clearly in the picture, but this is the outpost.

In the picture below: A two-year court decision prohibiting the demolition.

We hear about the stabbing incident in Hebron and decide not to enter.

At Beit Anun the soldiers close the gate and erect a checkpoint. And N. from Susiya says that the bulldozers returned to Hebron without destroying the day.

I'm like Orna Peretz from Kiryat Shmona. Boring the prime minister with my testimonies.י. 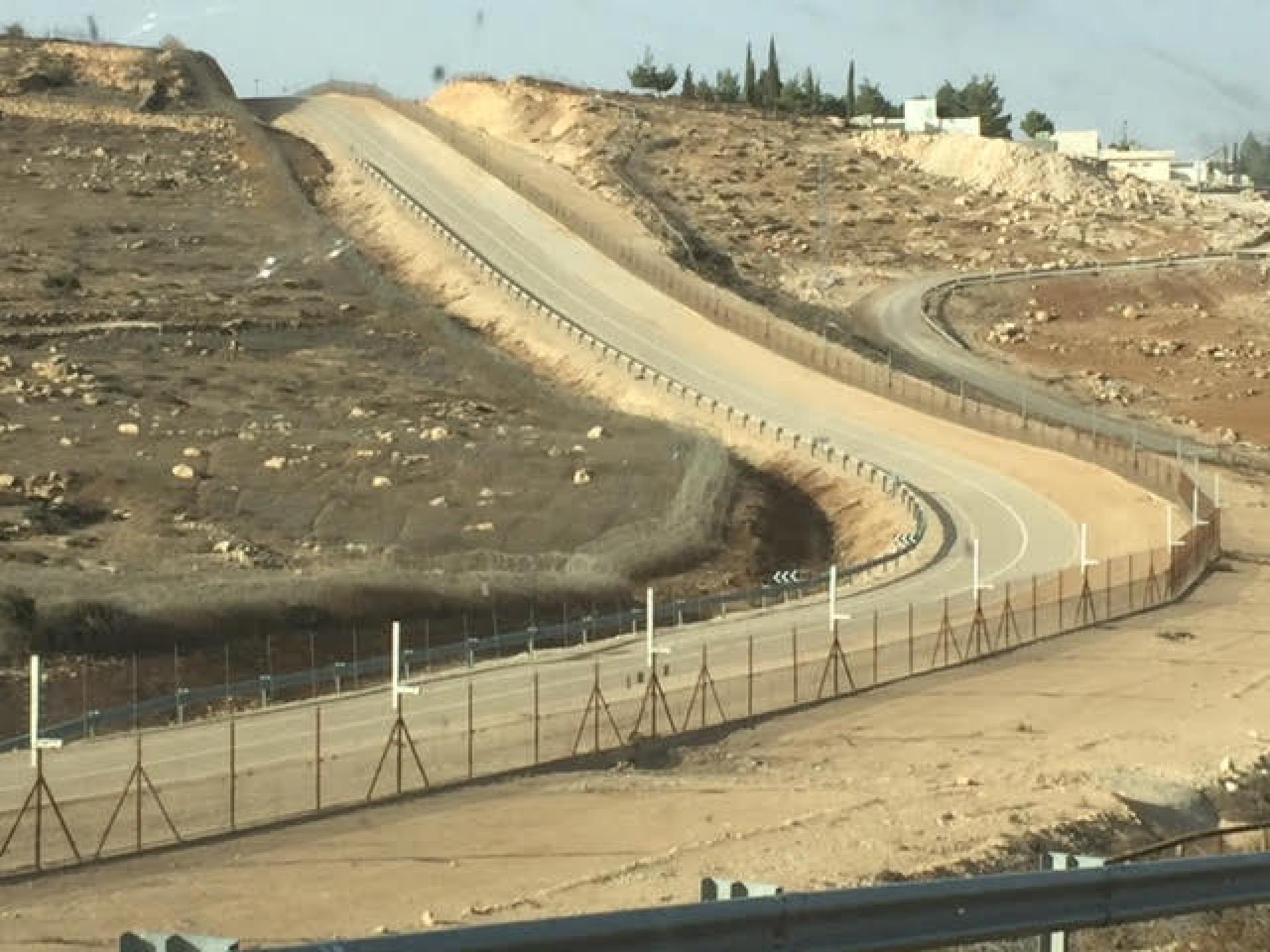 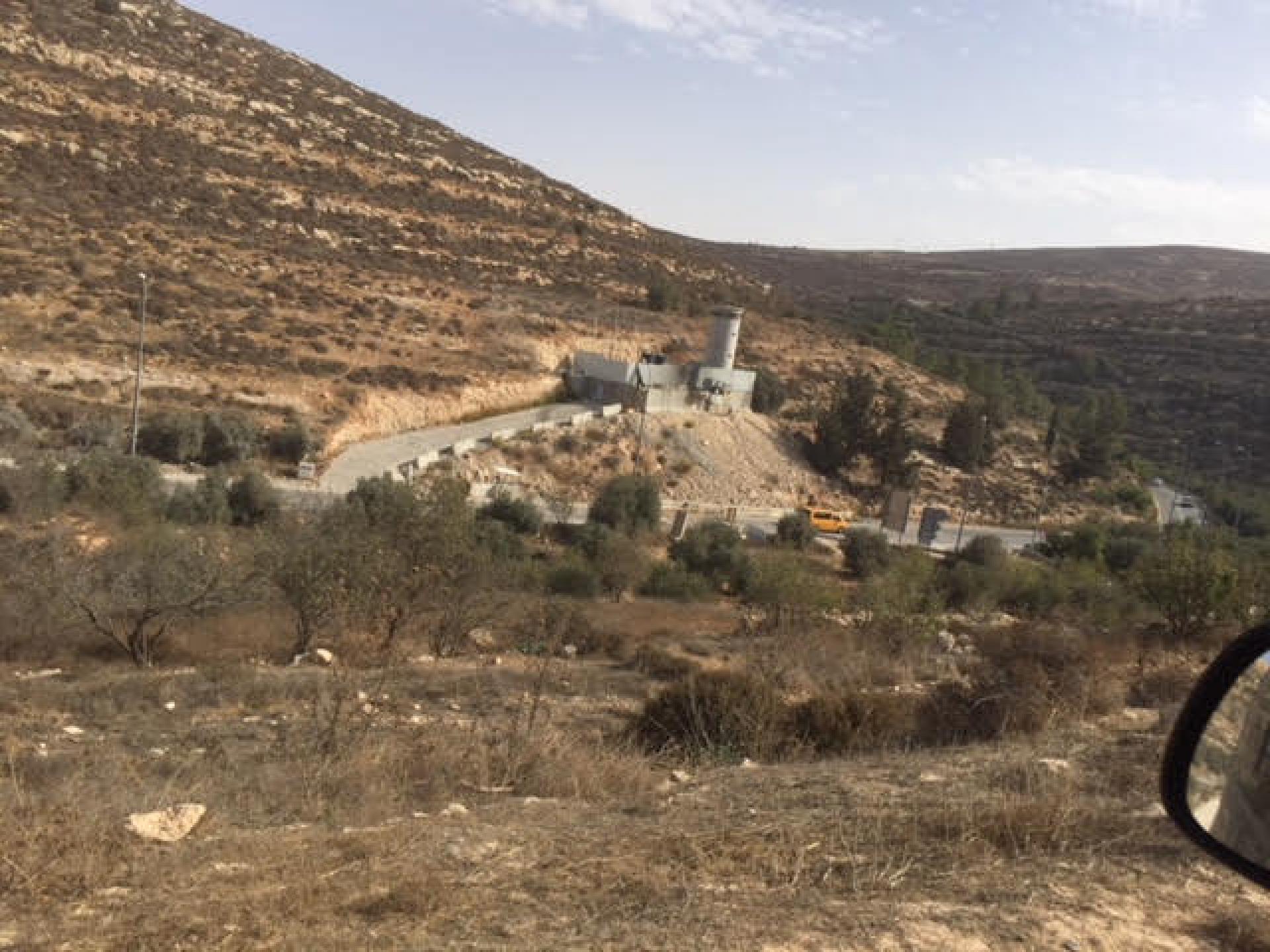 The pillbox, 20 m beyond the turn 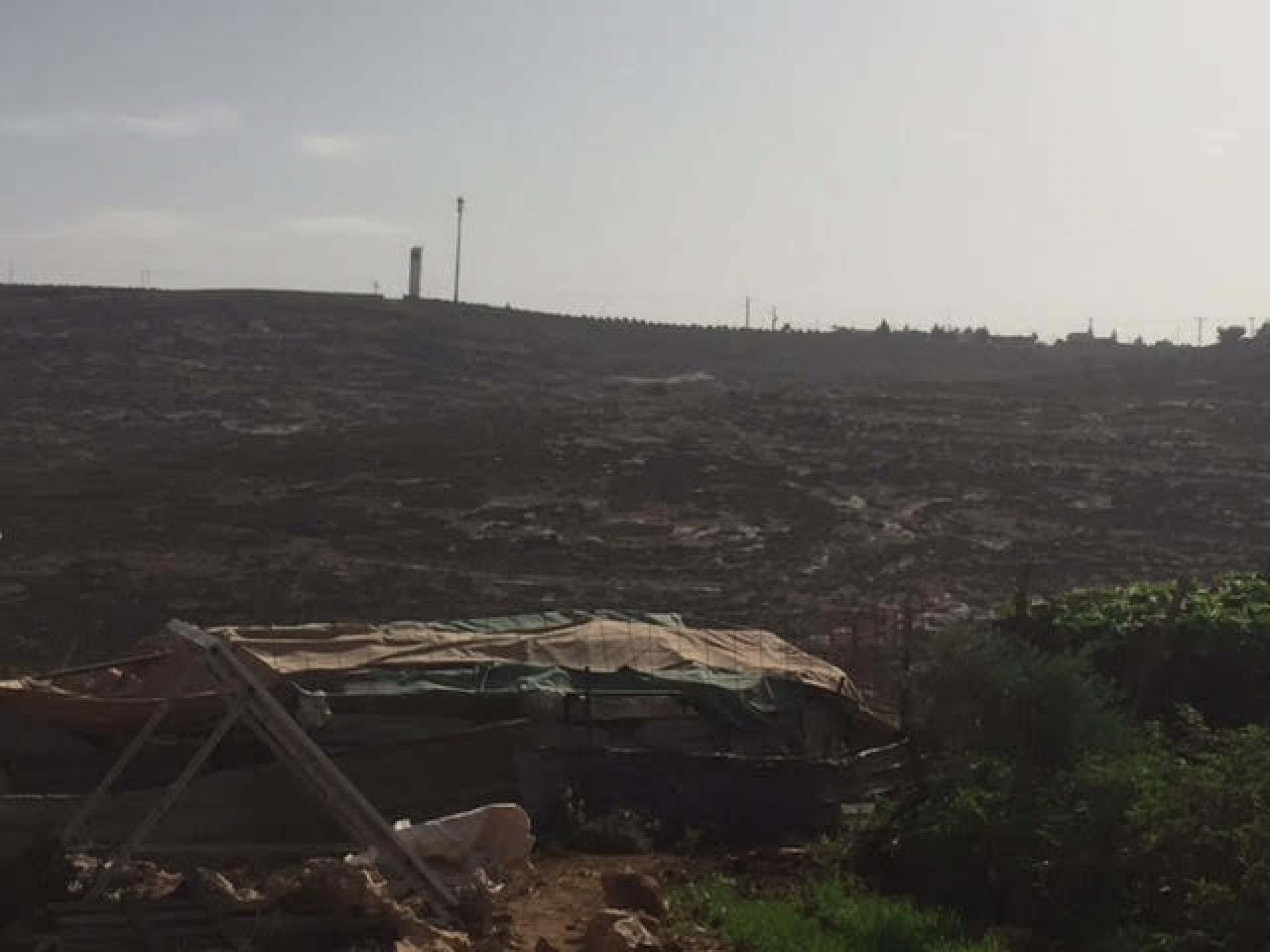 The illegal outpost on the hill opposite 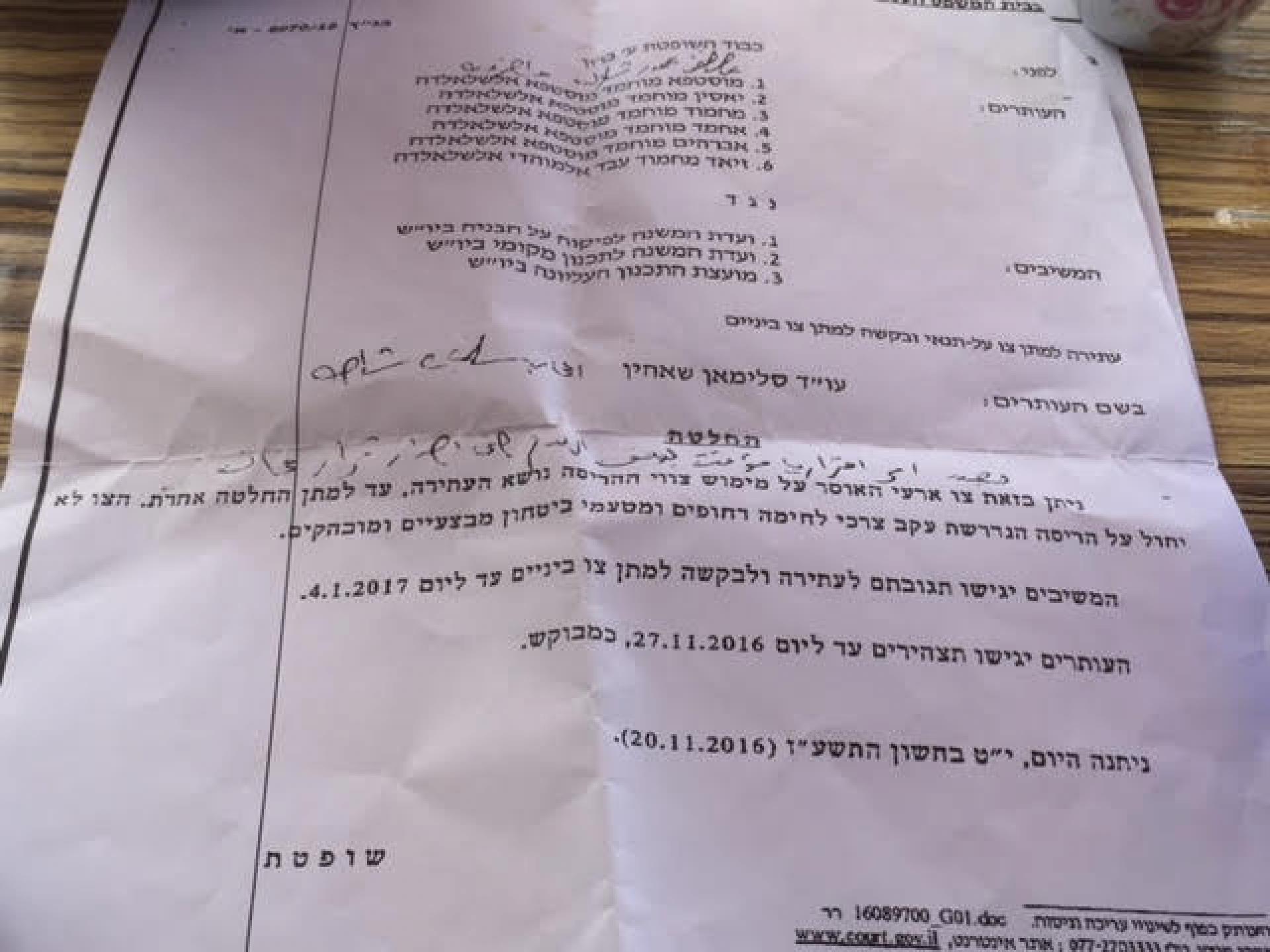 Court decision from 2 years ago forbidding to demolish