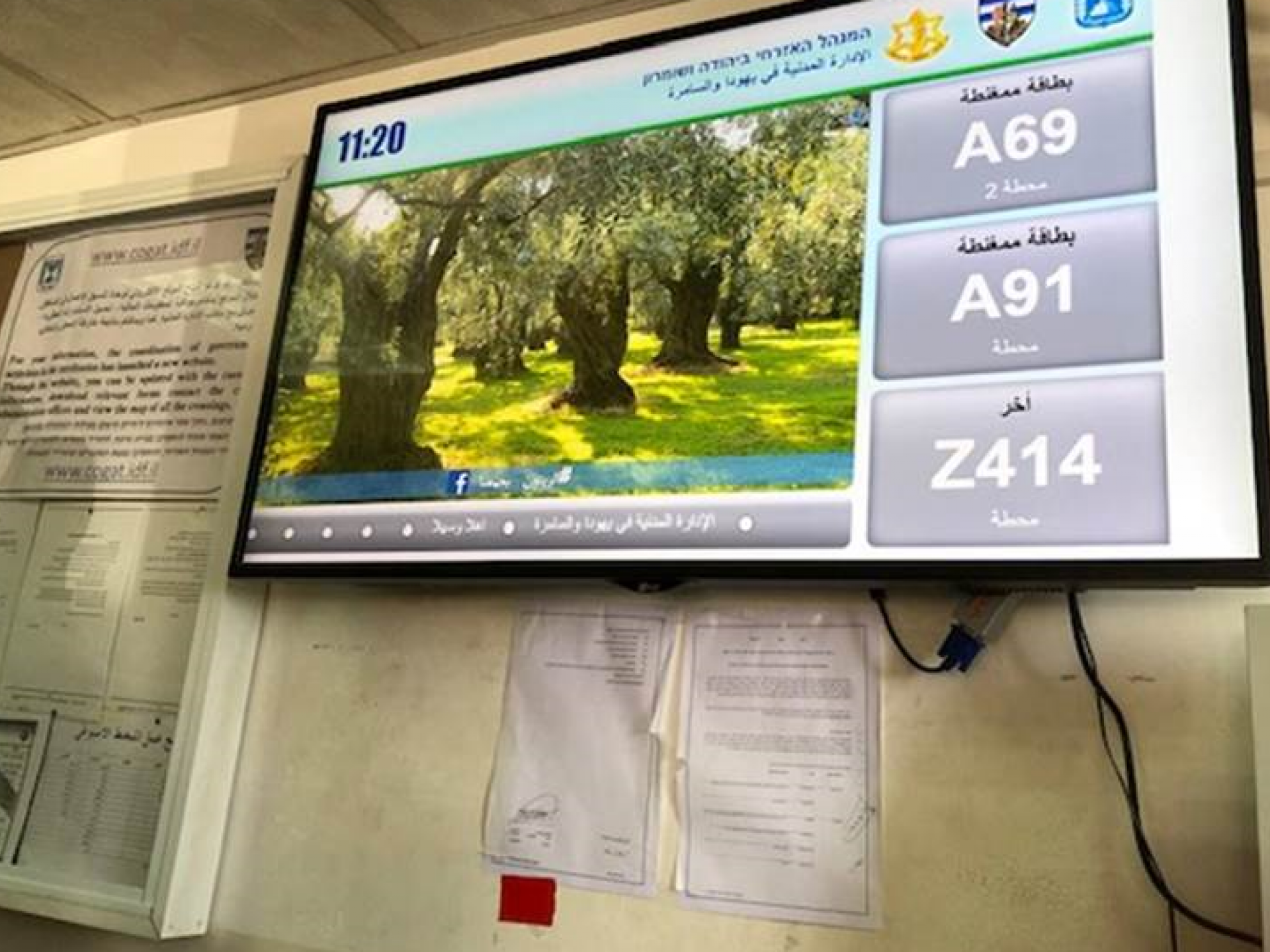 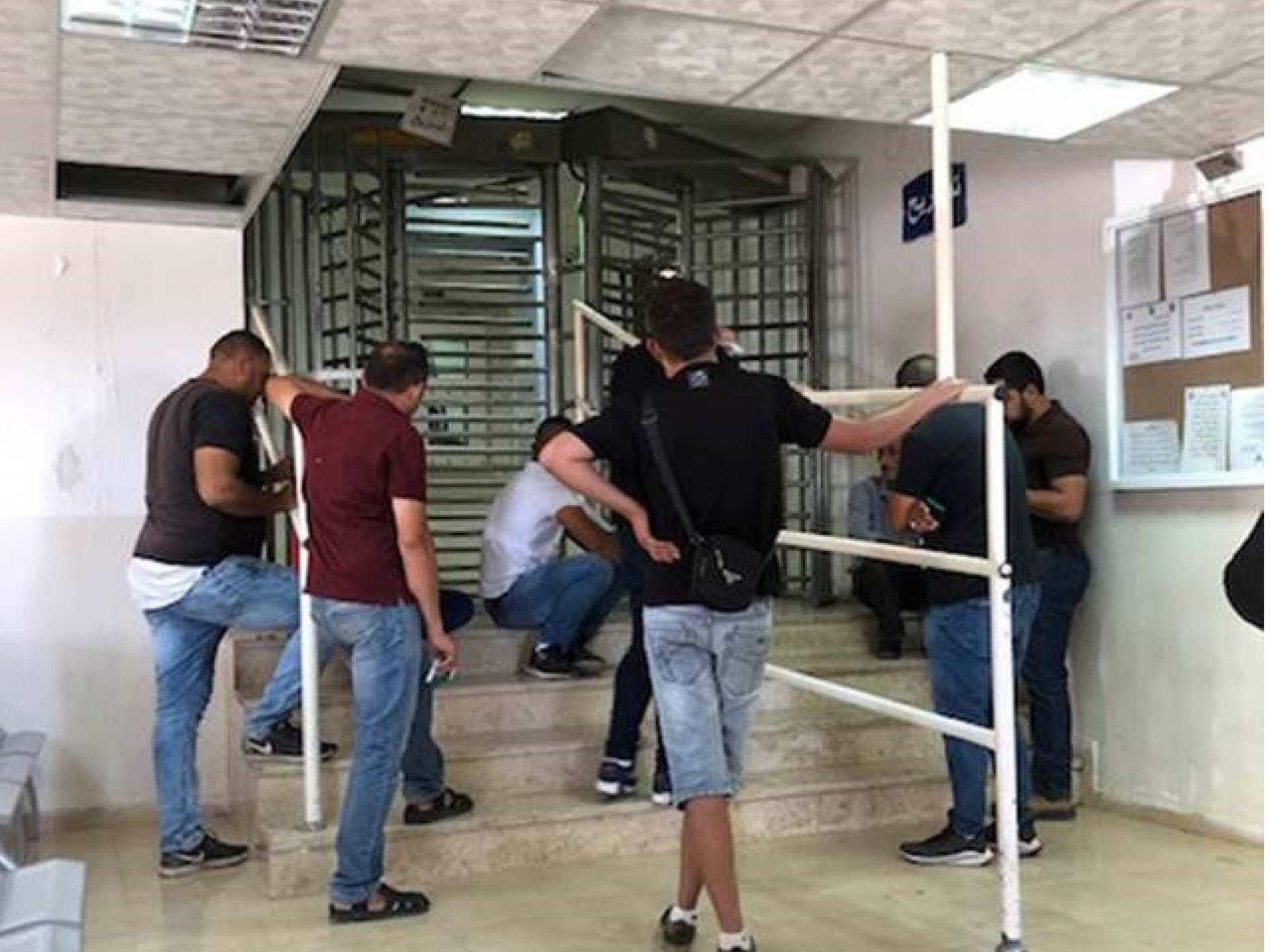 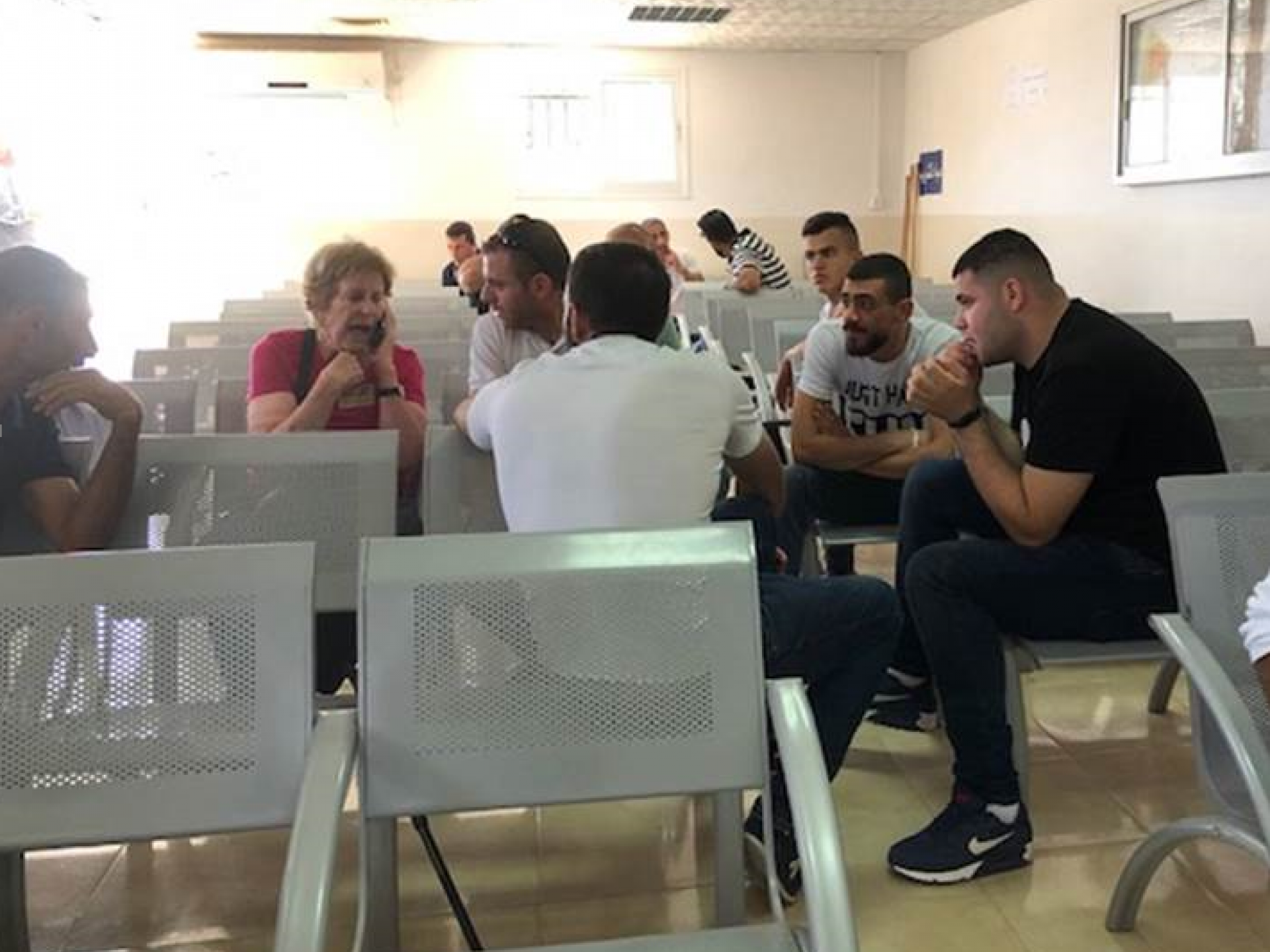 The carpark was relatively empty though the coffee seller told us that the previous day there had been many more people. As always we gave Sylvie’s number to many people. And also heard sad stories of people who had turned to various lawyers who had taken enormous sums from them but had done nothing to help. Including one woman lawyer who lives in the Gush.

While sitting there we saw on the screen where numbers are distributed, photos which can only be described as deceptive and as lying propaganda.  I will not write  of what it reminded us. For example this is so pastoral…but where are the stories of the land which has been confiscated for Israeli purposes and the Palestinians who can not get to their lands?

What about  the little girl who can  cannot walk long distances or cross dangerous roads and the school near her has been demolished. But is shown holding the olives she has just picked?

Every now and again people would line up at the turnstile and then be told to go and sit down but the pressure was too great and each time people would return to stand in line.

We had hardly sat down when one man came up with the same story and almost immediately we were surrounded by several men all listening attentively in the hope that we would be able to help them.

There were three cases of men who have families in Israel and are trying to get a permit to join them. How does one tell them that there is little hope of that happening. One man said that he had been trying for over 20 years. His wife and 10 children live in Beersheba and he says that one of his children  already studies at Ben Gurion University. He also has a baby

of a few months who has a cancerous growth. But he is not given a permit to visit and so does so illegally. He was  told that this is because  he is a security risk but does not know why.

One man said he had another month to go before the refusal to give him a permit ends. Shlomit explained to him that it would take maybe another month or two before it would be removed from the computer but if then nothing was done that he should contact Sylvie.

Evidently only the police have to give the reason for a man not being issued a permit. The shabak does not have to do this. The two simple words  “ National security”  cover anything . What other reason is necessary. National security is so easy to say. So hard for a Palestinian to remove from his record.