Following the Palestinian villages deleted after 1967 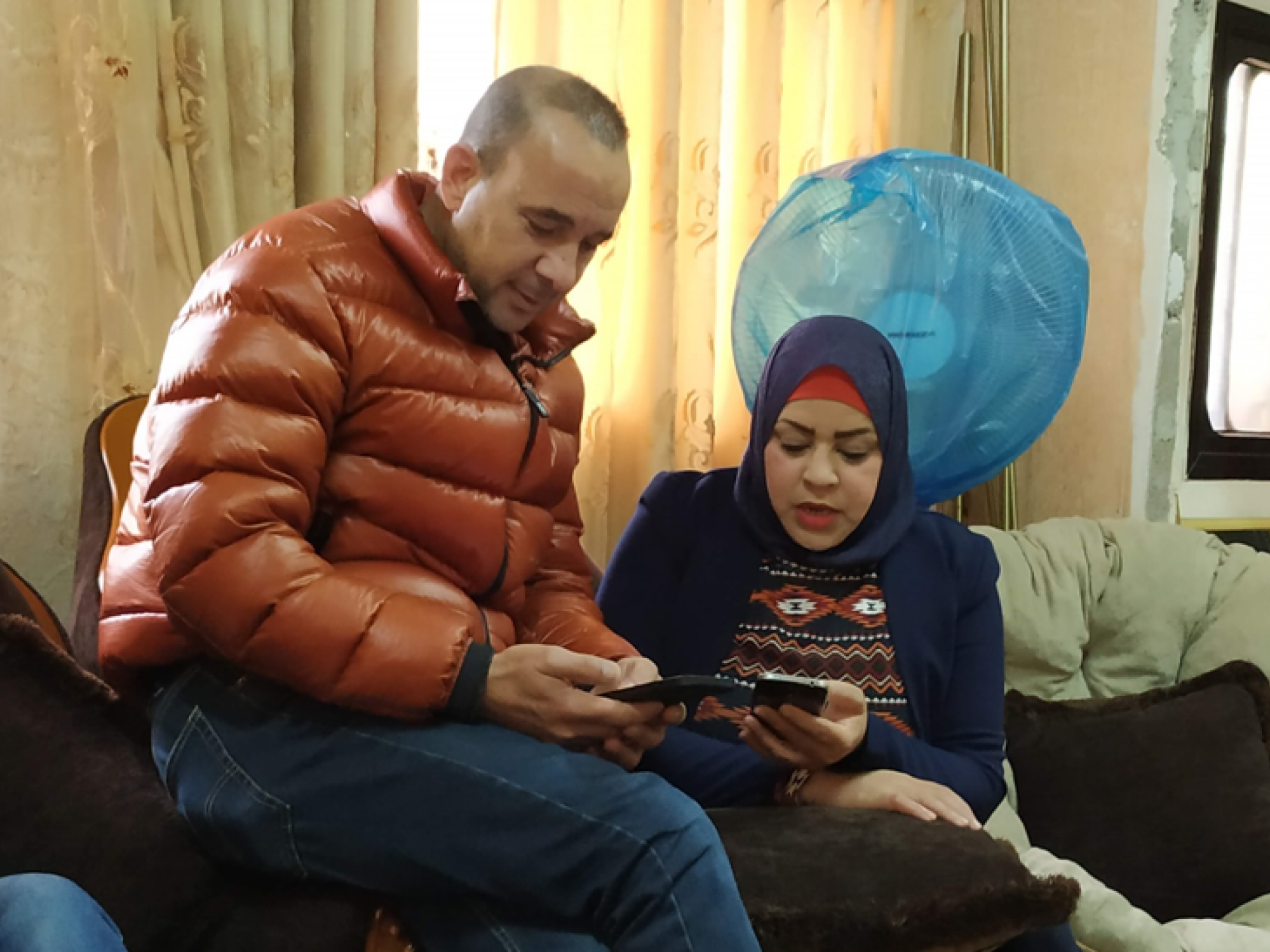 I. and his sister, inhabitants of Beit Likiya, look for a link to two archives of refugees from the Palestinian village Yalou that was destroyed in the 1967 war and its residents expelled. One of the archives is in Ramallah, the other in Amman. 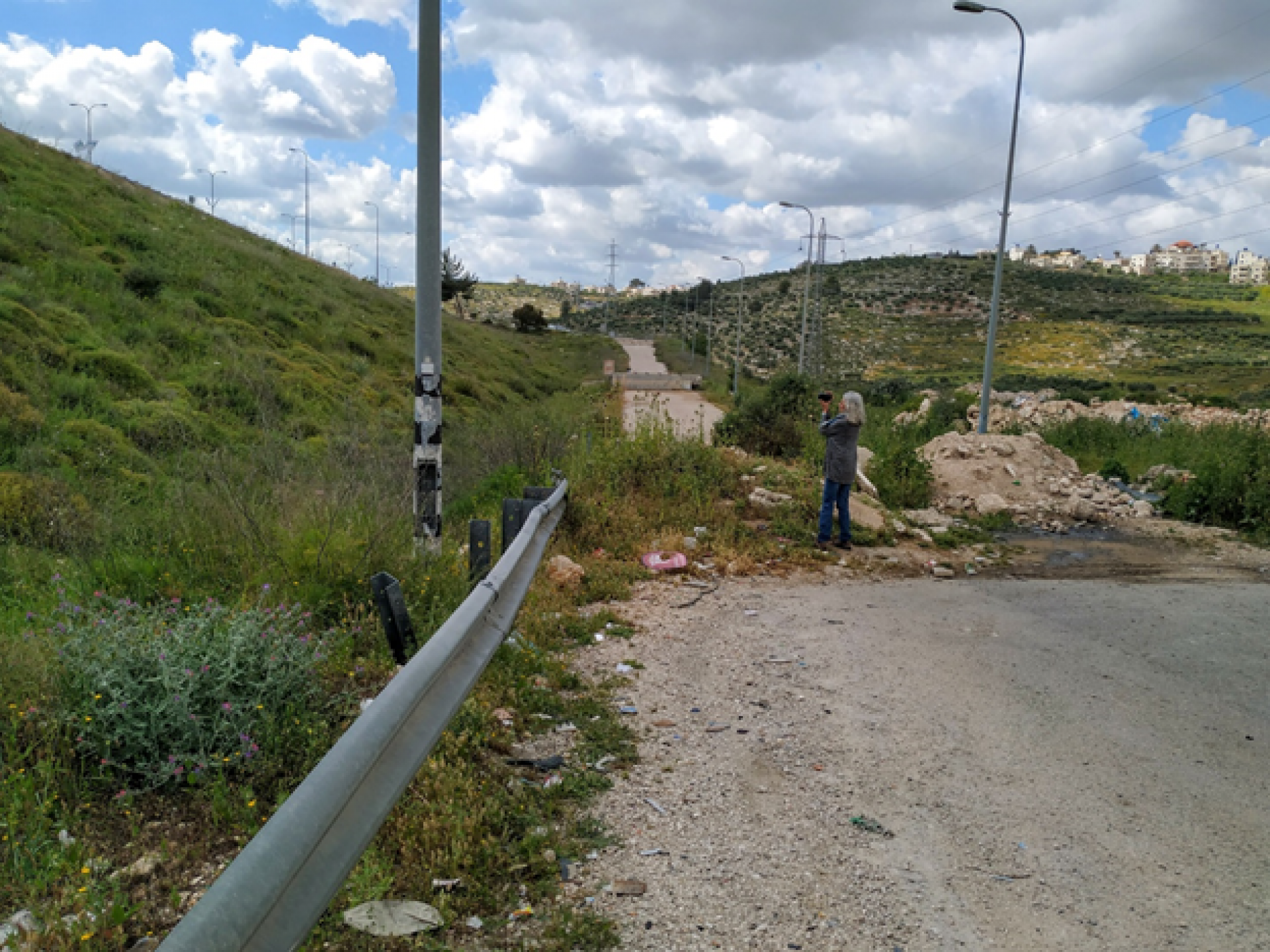 The barrier at the entrance to Beit Likiya village. Road 443 beyond the ‘security fence’ was paved on the Palestinians’ lands and is out of bounds for them

Exiting Beit Likiya, one sees the access road to 443, blocked by a stone pile and dirt, as well as two more concrete barriers 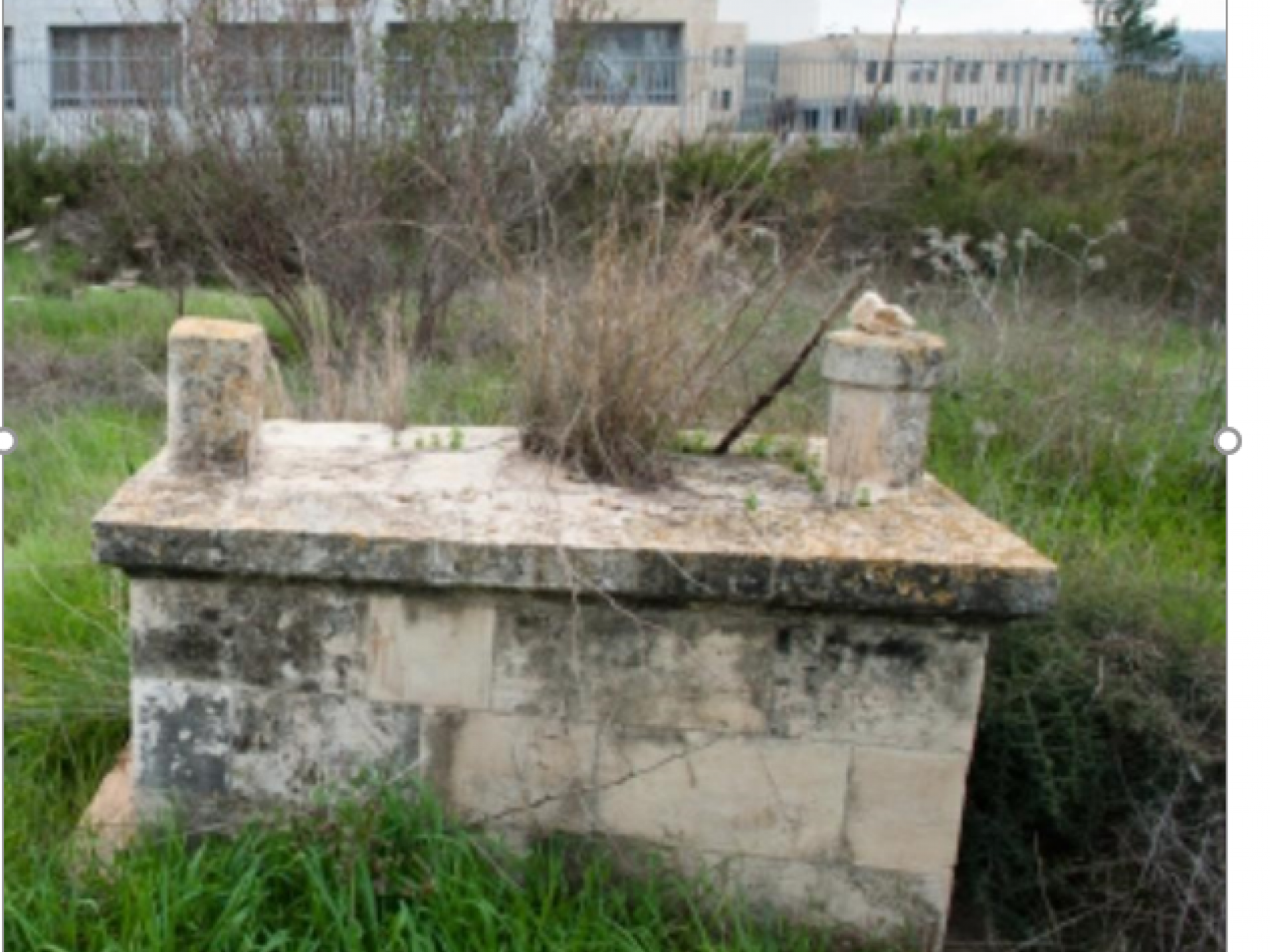 From Enclave to Enclave

We headed out to meet I., born to a family from the Palestinian village of Yalou that was occupied in 1967 by the Israeli army, destroyed and all its inhabitants expelled, as were the villages of Beit Nuba, Emuas and Bir Ayoub.

I., our acquaintance with whom we owe to Michal Tzadik (member of Machsomwatch), welcomed us on one of the long closure

days of Passover week. A week earlier we didn’t manage to meet him as planned near the maqam that has survived, at the site of his village in (now) Park Canada-Ayalon.

“What are your achievements as an anti-occupation movement?” his sister asked us, Beit Likiya’s first ever woman university student now working on her doctoral thesis in Arabic literature. When two of the family children entered, out of breath, to take a peek at us, she asked: “Did you come to throw stones?” and everyone laughed, amused.

Beit Likiya village (in Area C) is caged in between fences and barriers that prevent its inhabitants access to road 443 as well as road 1 (that connects Tel Aviv and Jerusalem). It is closed in by the Jewish settler-colonies of Beit Horon, Mevo Horon, giant colony Giv’at Ze’ev, and Modi’in Ilit that frames the enclave containing the Palestinian villages of Beit Ghur (lower and upper) and Beit Sira, inhabited by refugees from Latrun, just like Beit Likiya.

Is their time here measured as well?

In order to Beit Likiya we had to take winding bypass roads until we got to a heavily manned and armed checkpoint where anyone entering or exiting the village is inspected by a metal detector. “We’re used to this checkpoint” said I., and painfully told us how he protested and refused to do as the soldiers ordered his brother, fresh out of an operation on his leg, out of the car. His fluent Hebrew explanations were of no avail. Finally when his brother tried to disembark, he collapsed on the ground.

Meeting I. means meeting an occupation expert with a broad perspective and harsh criticism of the Palestinian Authority as well. He is fluent in Hebrew, Chinese, English and Arabic. He has successfully turned bureaucratic and political obstacles into personal achievements and flourishing family enterprises. From a successful sewing business where his wife runs the bridal section, through car repair shop, Chinese fabric imports etc. In China fabrics are sold by weight, and here by meters, and I. knows how to get the maximum out of this difference. The pride of the family is I.’s mother who sat with us in the living room, smiling and silent, after three physical traumas. She used to be an exceptional seamstress who worked night and day and stood this refugee family on its feet. “We used to be asked: are you the seamstress’ children?” I. told us, proudly.

All the houses built in Beit Likiya after 1994 have been constructed without permits. “You bought land and are still living in a house that might be demolished at any moment”.

The process by which refugees from Yalou (20 families), Beit Nabala (15 families) and Bir Ayoub (one family) in Beit Likiya was a very slow one, I. tells us. “We were regarded as total strangers and people would not sell us land so we wouldn’t build our homes on them. We lived in rented houses for years. Today this obstacle is nearly gone, but not quite completely. Some marriages have taken place between members of older families and families here ‘only’ 51 years.”

Exiting Beit Likiya we saw the access road to 443 blocked by stones and dirt and another two concrete barriers.

The Yalou archive in Amman (where many of the village refugees live) is managed by Professor Rabhi Mustafa Alian who teaches at Amman University and has published a book about Yalou.

Enclosed is the extensive report prepared by Yosef Algazi containing testimonies of refugees from Latrun who convened in Bithuniya in 2007, photographs of home demolitions and the testimony by Israeli writer Amos Keinan who participated as a soldier in this expulsion in 1967: