The agricultural road from Kufr a-Diq to the olive grove in Deir Sam’an has been cut.

Today we visited the family of Idris Abdullah, age 72, for the second time.  His house is at the junction of Highway 443, on the approach to the settlement of Paduel, Raf’at and Deir Balut.  It’s on lower ground, between three Byzantine antiquity sites on the hilltops. The small neighborhood is called Bab al Marj (the gate to the plain). You can see Deir el Kle’a and Deir Mir from his front door – a glorious view.  He owns Deir Kle’a, but doesn’t dare go up to harvest his olives trees, which are located on the site, because he’s afraid, perhaps for no reason, of settlers from Paduel. There’s no prohibition, but there’s apprehension.  Rumors.  We’d arranged to meet him and other family members and accompany them the next time they are planning to harvest. We were all pleased by that.

After our previous visit, we reported that he’d received an expulsion order regarding a 12-dunum plot of his, bordering on the area into which Leshem hopes to expand.  On the map we have received from Dror Etkes the plot is shown within the Blue Line.  That means it’s considered State Land.  This time they showed us stop-work orders for the family’s homes in Area C on land they owned, because they lack building permits.

The Leshem settlement is being built on land belonging to three villages:  Deir Balut, Raf’at and Kufr a-Diq.  And in the process the agricultural road belonging to Faras a-Diq, from Kufr a-Diq, to his olive grove trapped between Leshem and the new Leshem under construction, has been destroyed.  The road has been cut off by a drop of 4-5 meters. 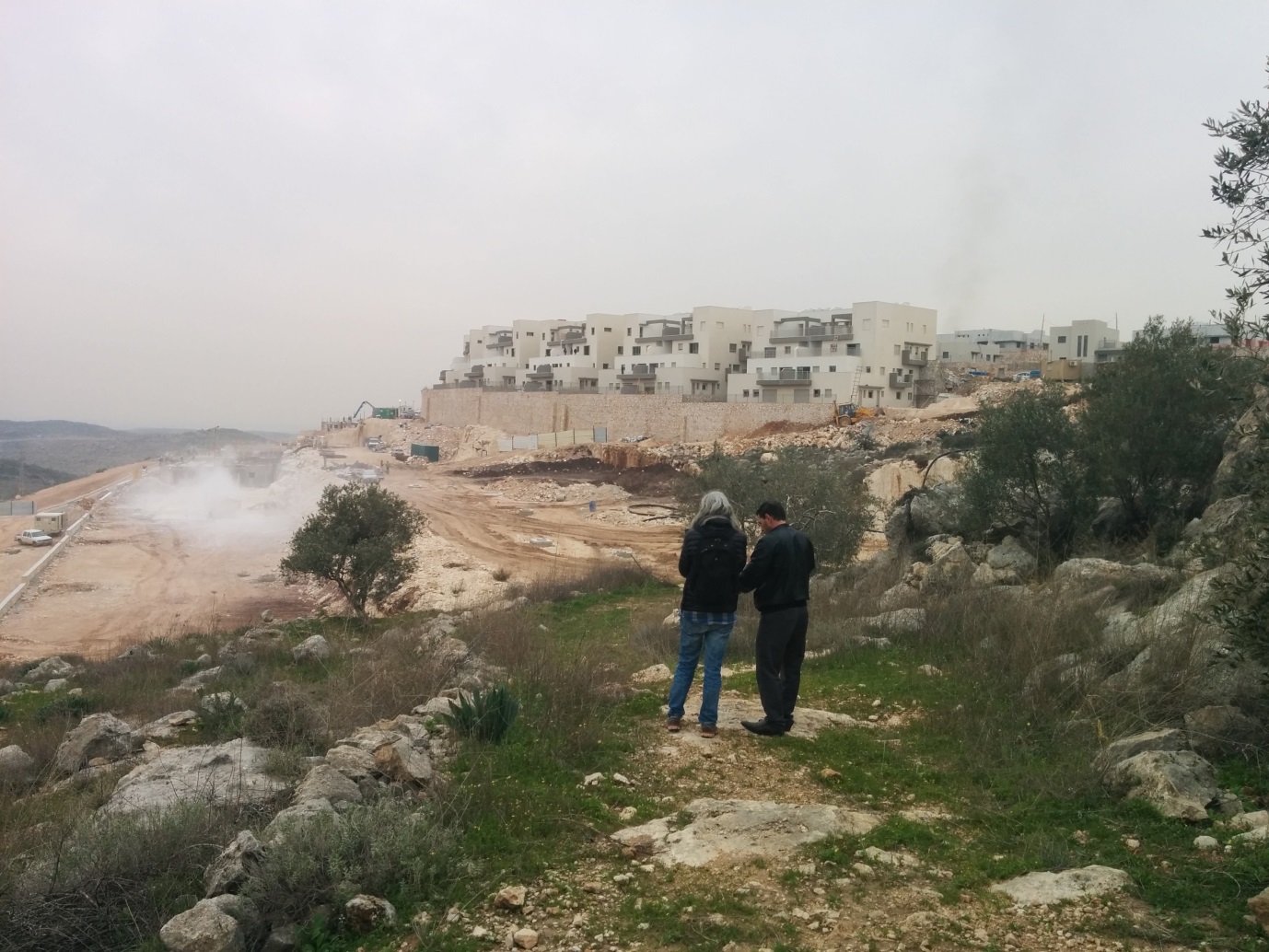 Deir Sam’an, the Byzantine antiquities site, is located in the middle of the olive grove.  In 1996 the site was closed for two years; it had been buried for generations beneath the grove belonging to Faras’s ancestors.  Excavations were conducted without asking or receiving permission from the landowners, as the law still requires.  During the excavations, finds were removed to unknown destinations.  To where?  To the archaeological storerooms of the Ariel settlement’s archaeology department?  That’s what Faras claims.

Faras's tale,, and that of his father, who had died at 56 on Deir Sam’an’s land, was revealed by Gid’on Levy (as Faras informed us when we were on-site), and Emeq Shaveh is in contact with Faras, but nevertheless nothing has happened.  Leshem tightens the circle.  A bureaucratic tangle.  The legislator’s laws, and their enforcement, triumph.  Faras’s claim, that antiquities were stolen from his land, has yet to be heard in court.