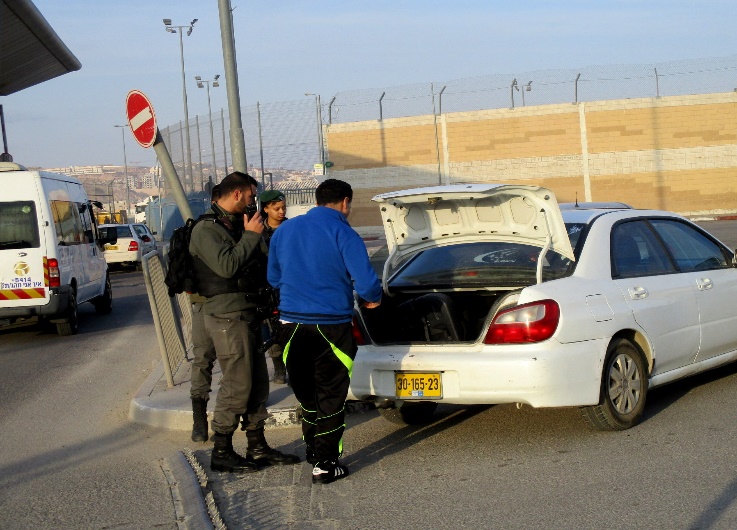 In the crossing into Palestine a Border Policewoman selected vehicles for inspection, directed them into the bus area, where they were awaited by two Border Policemen, now joined by the Policewoman.

The three grilled the drivers with questions and carefully inspected their IDs and licenses, car space, trunk and all storage compartments inside the vehicles. 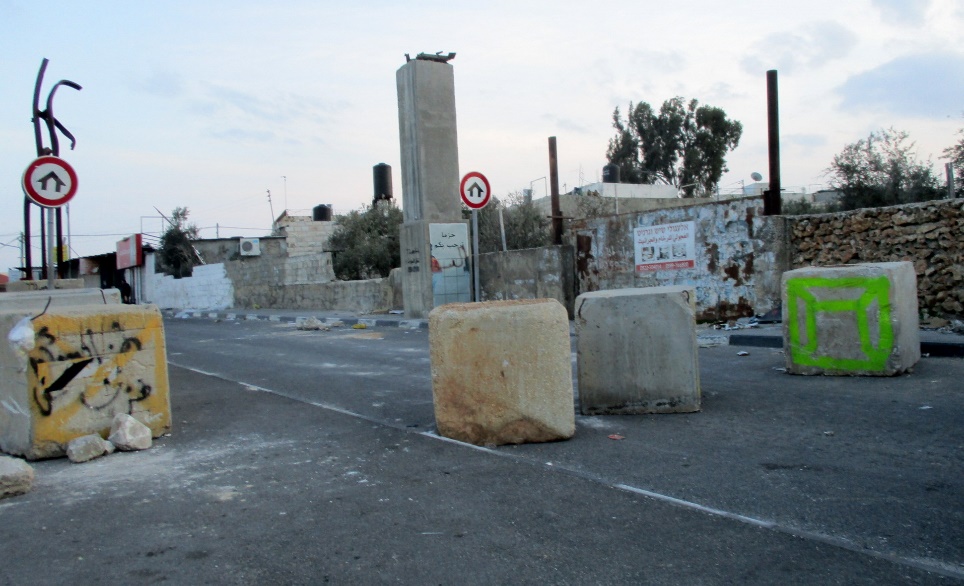 The entrance to Hizma village was once again blocked by army cement slabs.

And the exit from the village is once again taken over by soldiers. 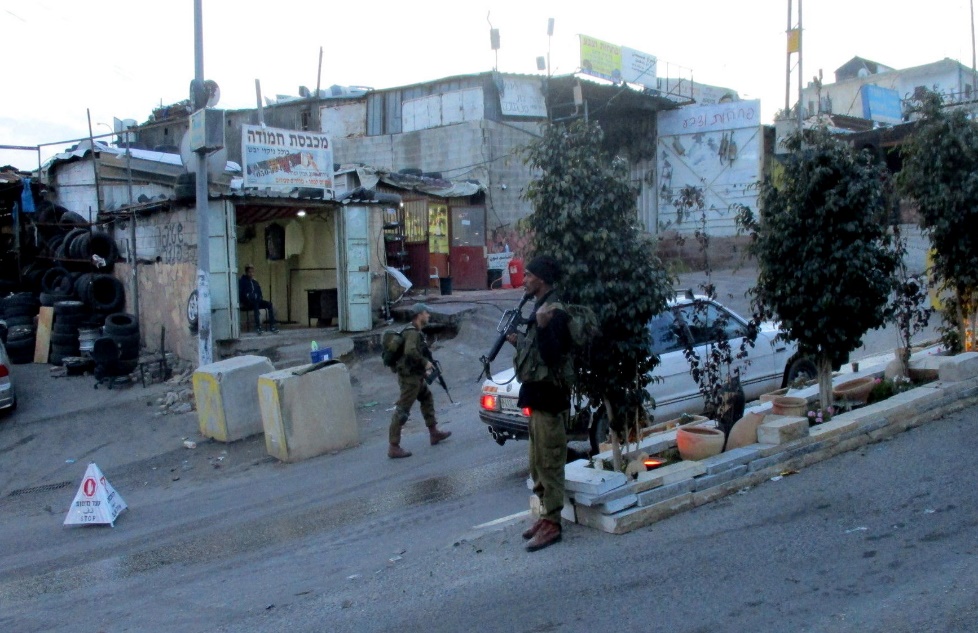 “I’m terribly afraid of the soldiers”, said one boy.

Justly so. They are armed with rifles and he has nothing but his own life.