Burin: The army under the settlers` command expel the Palestinian farmers from their olive grove | Machsomwatch
Skip to main content
Back to reports search page

Burin: The army under the settlers` command expel the Palestinian farmers from their olive grove 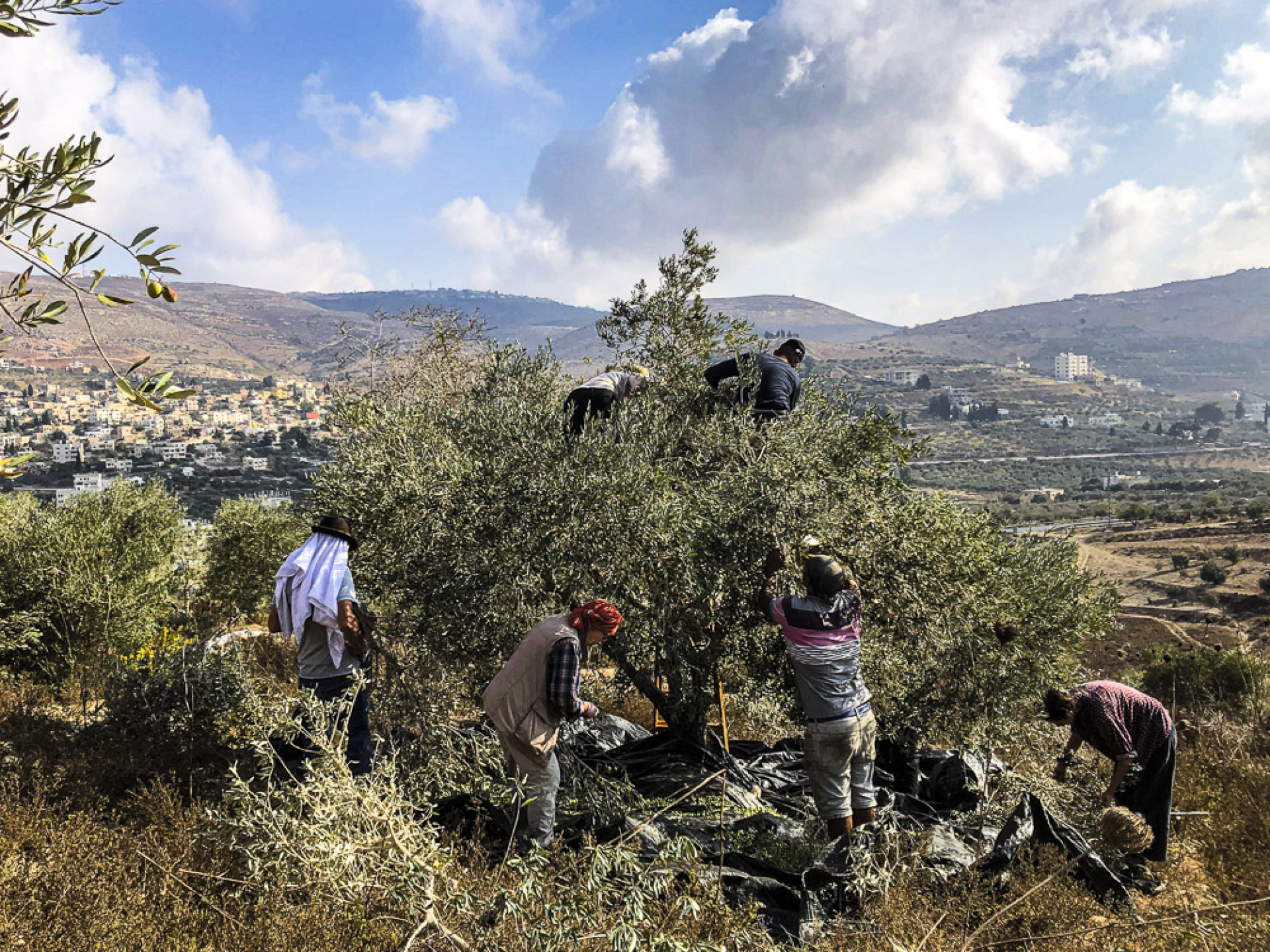 Burin: picking olives with a team of activists, Burin in the background 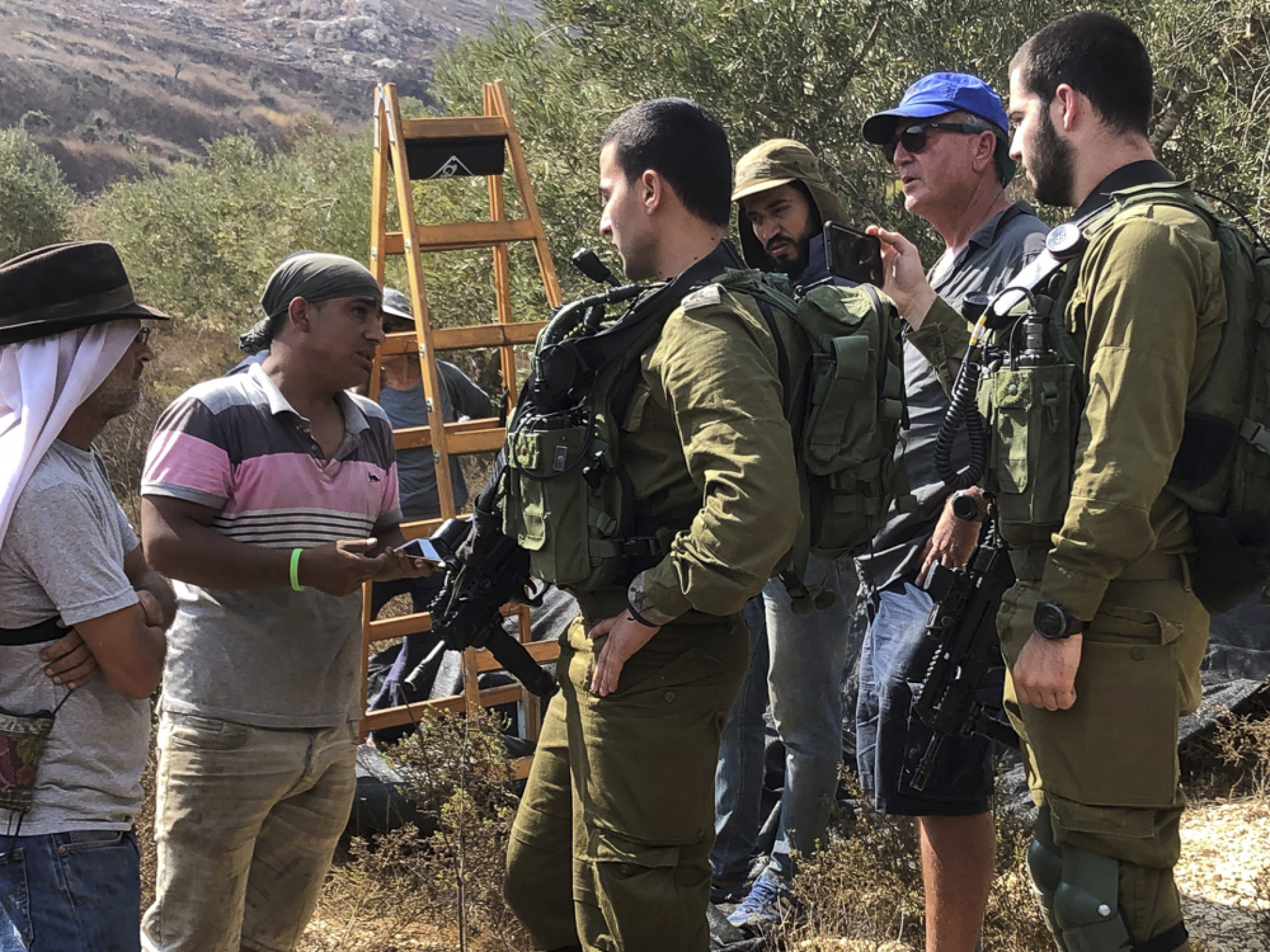 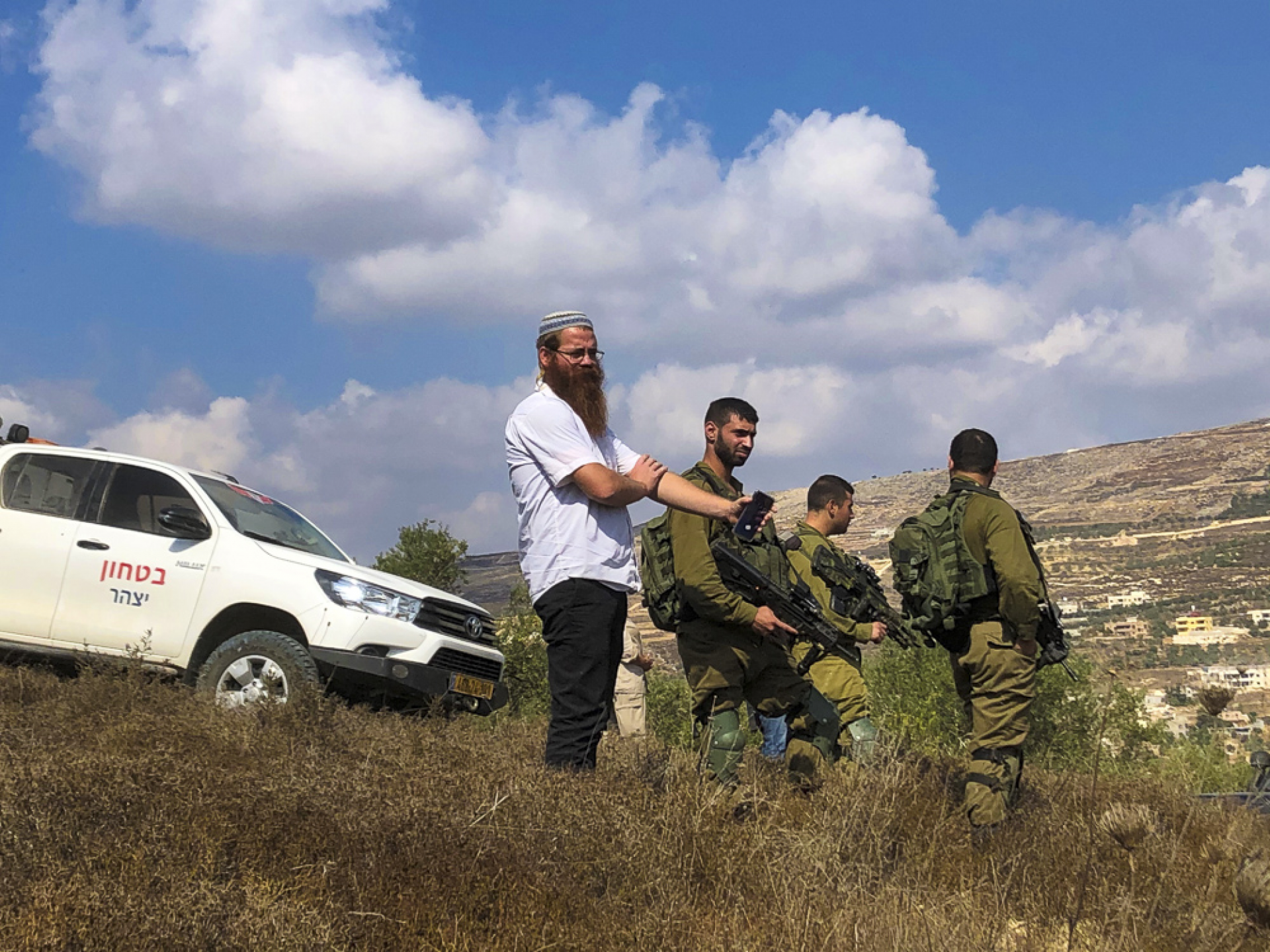 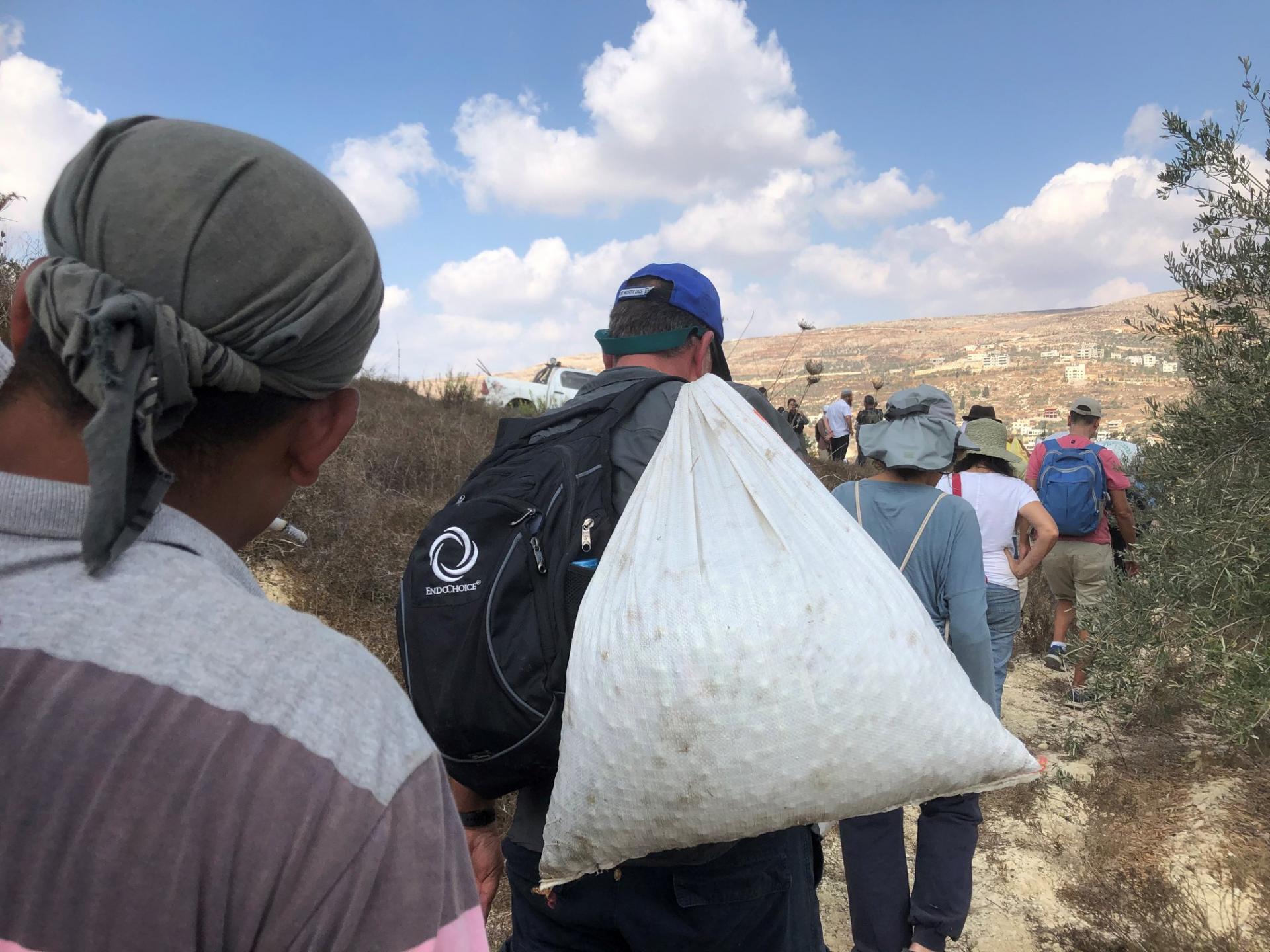 – Burin: expelled from their own lands, the olive harvest is carried out

Burin: Palstinians chased out from their own land. Part of the olive harvest is carried out the Other part was left on the trees at the non-mercy of the settlers.

It started out lovely, with eight of us joined by four internationals together with four Palestinian owners of the trees. We worked well, managed to fill four or five bags with olives.

Suddenly, there was talk that the settlers from the outpost near Yitzhar were on their way - yes, those that beat up the Rabbis for Human Rights last week and then went on to attack IDF soldiers - that put Burin and the Yitzhar outpost in the news, if the attack on the rabbis did not. But then the army showed up - and told us it was a closed military area and we must all leave, together with the Palestinian owners of the trees.
Why? To avoid friction....

So to avoid friction with the settlers, it is not the settlers that are kept off the Palestinian land, but the owners of the trees who are prevented from picking their olives at the height of the harvest season. The officer said the Palestinians are allowed to pick only three days a week in the slopes below Yitzhar- (and we were not even that close to Yitzhar, not even visible from there) and today is not one of those permitted days. How will the owners be able to finish the harvest in only three days a week?

That is one reason why volunteers/activists are needed - to do as much picking possible in the limited time - however the owner of the grove was warned by an army officer not to bring more volunteers. But the volunteers/activists come precisely to protect the Palestinian olive harvesters against the settlers - especially when the army does not do so. Make sense of that...

That same Palestinian owner was still shaking from an incident the previous day, when the army put him in a jeep, took him to Yitzhar, and beat him up there, right in front of the settlers, who applauded and cheered on.

Now the settler security officer (ravshats) from Yitzhar also appears on the scene, going up to each of us to take our photos, as if we are criminals. Trying to intimidate us? If this is a Jewish religious holiday, is he, a man wearing a kipa, allowed to drive around in his patrol car and take photos with his cellphone? In any case, he seems in his element, teaming up with the army to expel us.

order came - we had managed to pick some more olives during the time it took - we were at least given time to fill the remaining bags and take all the equipment with us.