Northern check points, Jalama: The parking lot is full with cars and people | Machsomwatch
Skip to main content
Back to reports search page

Northern check points, Jalama: The parking lot is full with cars and people 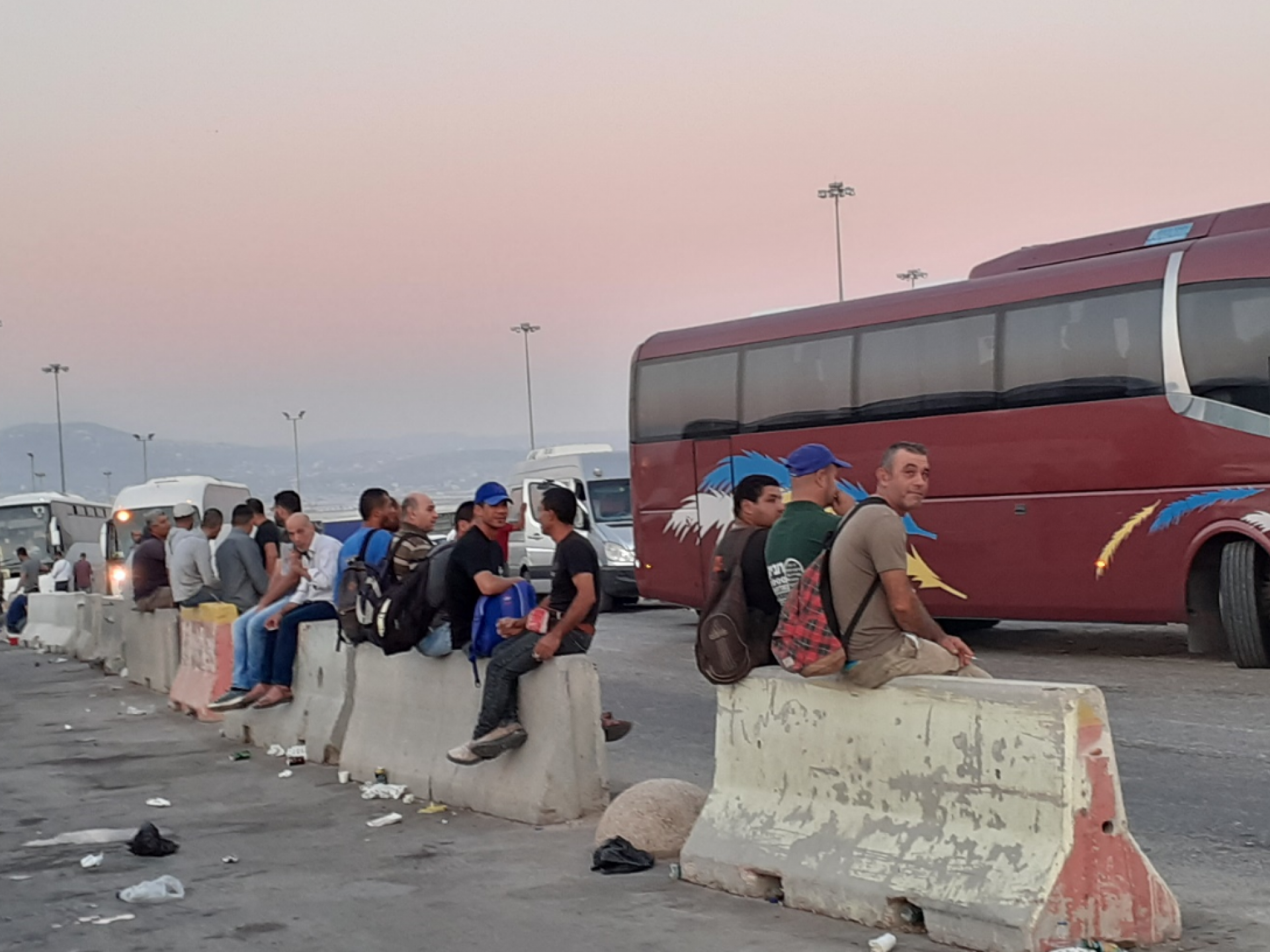 Northern check points: waiting for a ride to work 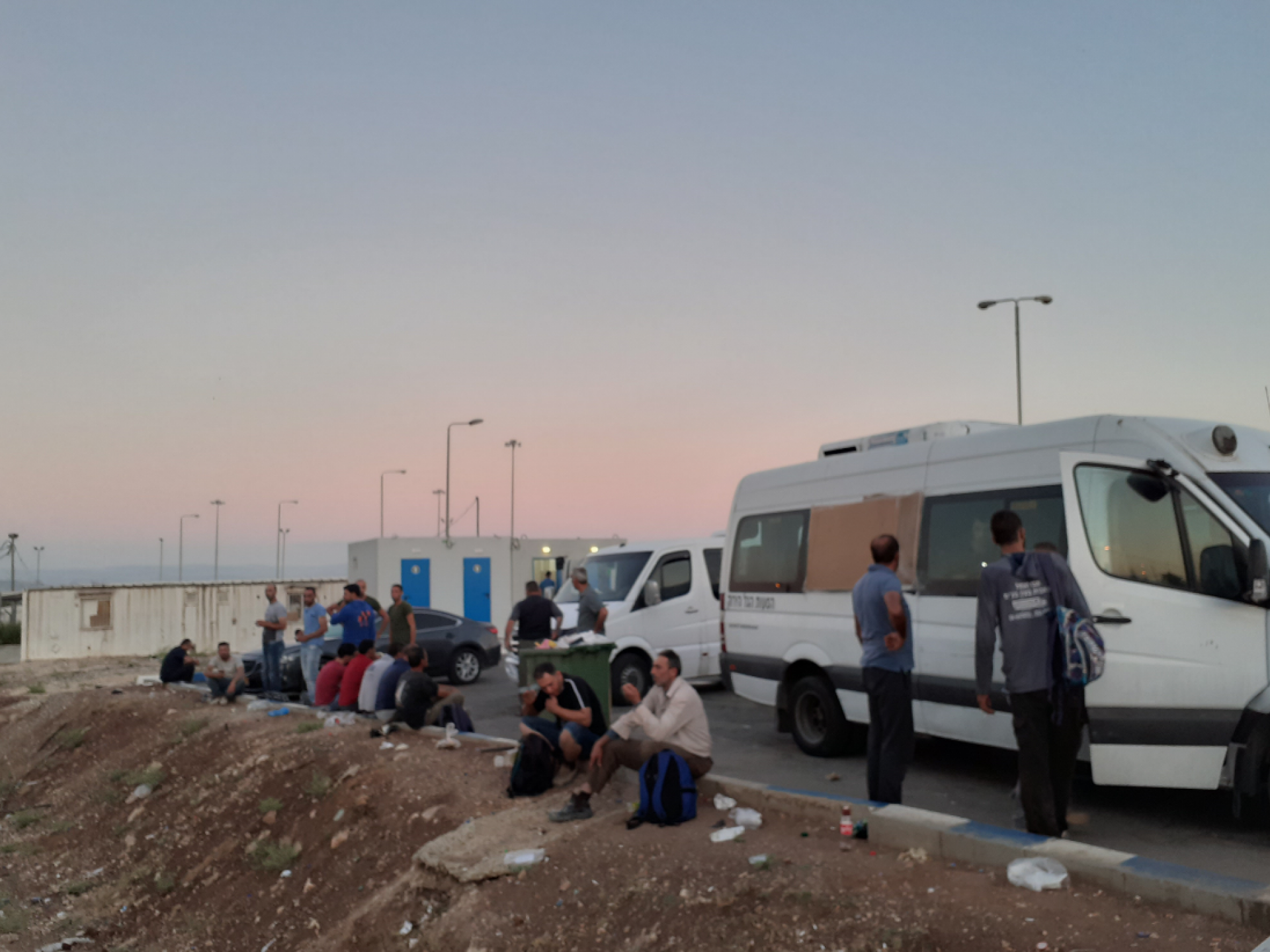 I had to arrive at Jalama Checkpoint at 06:15 in order to pick up an ill person and escort him to Rambam Hospital, in the framework of “On the Road to Recovery.”  I was afraid of being late, so I got there early.

Jalama Checkpoint (“Over the Gilboa” in official Hebrew) is situated on the Separation Barrier, in the section where the fence is on the Green Line, on Road 60, south of Yizrael Junction.  We rarely observe here, and I haven’t visited here in the morning, in a long time.

05:45 – In the short cut from the checkpoint to Yizrael Junction, there is a convoy of cars, buses and minibuses that transport day laborers to their work in Israel. Few vehicles are traveling to the checkpoint this hour.  The parking lot is filled with cars and people.  Different entirely from what goes on lately at Barta’a Checkpoint. Both Jamala and Barta’a are central checkpoints in the northern part of the West Bank.

I park on the side of the road, before the entrance to the checkpoint.  The checkpoint opens at 04:30 (on Sundays, at 04:00), and right now, it appears the main hour of pressure is over. In the short time I am here, the parking lot empties of workers and vehicles. Those who still wait, sit on the fence and on the side of the road.  The parking lot is not clean and not cared for, obviously as a result of thousands of people who pass through there in the morning.  According to the site manager, as of 2018, over 6000 people pass through every day. It appears to me, that this year, with the decrease in the number who pass through to Israel through Barta’a Checkpoint, there are at least 7000 people.

I walked in the direction of the cared-for area, which is the way to leave the terminal  by foot, in order to meet my travelers and find out if they can come to the car, or if I have to go to them.  They met me in the middle of the road and I didn’t want to delay them just to satisfy my curiosity about the condition of the area, the shed, and the toilets.

06.15 – The person who is sick is not ill, but injured his leg in a work accident at a construction site in Nazareth.  He has worked in Israel since he was 16, and he has also worked in the B’Hai site in Haifa, which can be seen from my house.  He and his brother who accompanies him, are residents of the town of Kabatiya, next to Jenin.  Both of them speak Hebrew.  The injured man is married to a Jordanian woman and is the father of two small children.  He isn’t able to arrange Palestinian citizenship for his wife.  It’s not simple.  I wish him and speedy recovery, peace, and a long, safe life to all the construction workers.