Qalandiya - Moving from Mukassed Hospital in East Jerusalem to Gaza 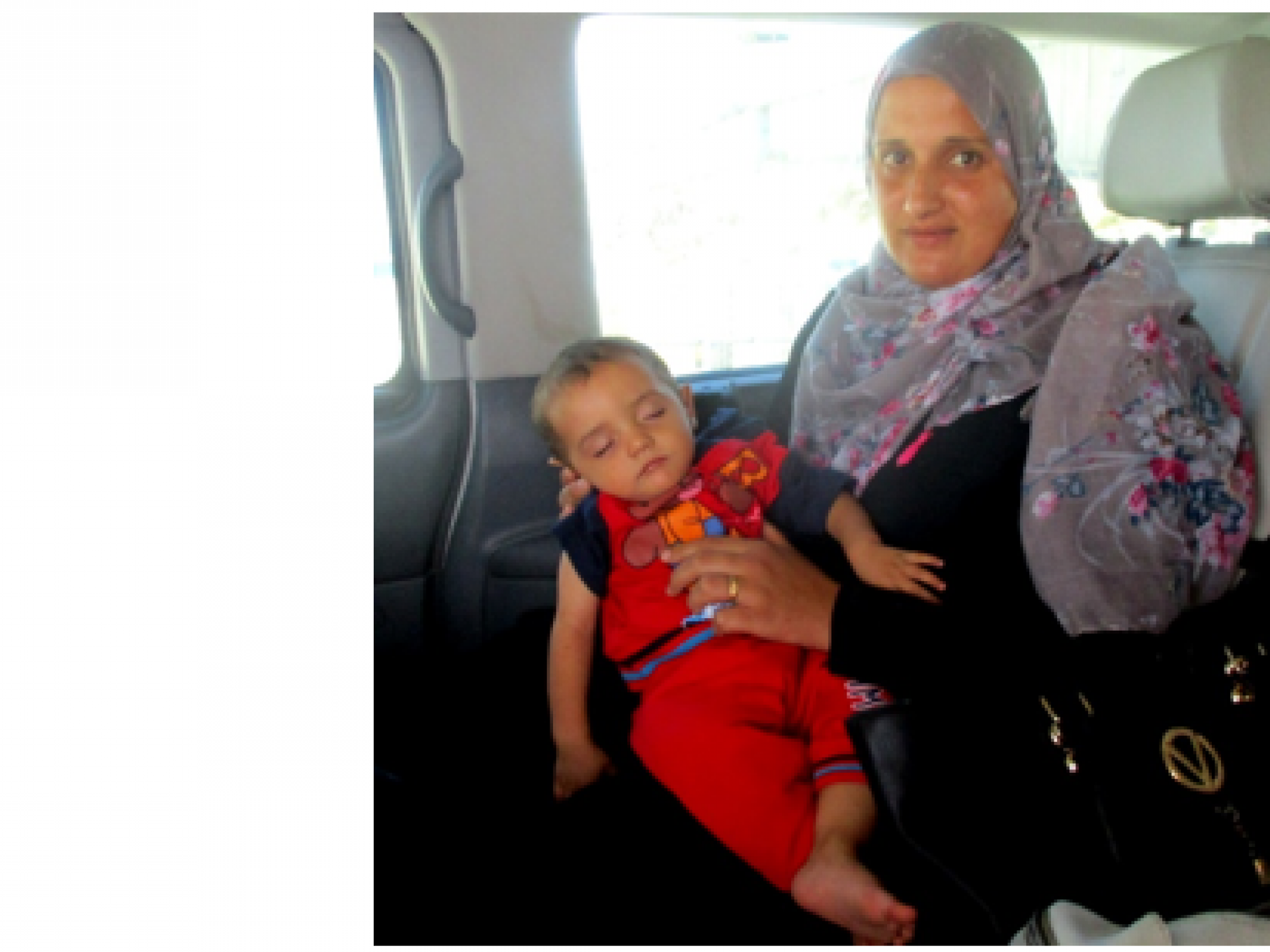 Looking at this 10-month old who had just been released from Muqassad Hospital in East Jerusalem and was on his way home to Gaza, something felt heavily upset.

Perhaps it was the sadness in the mother’s face, or the baby

’s strange sleepiness and his body’s slackness – even when shaken from his mother’s shoulder to her knees and back, he did not open his eyes.

He has a problem in his throat, explained the doctor who sat in the Gazan patients’ transport, delayed at the side of the checkpoint along with its seven passengers.

The doctor, a resident of East Jerusalem, was on his way to visit his family in Gaza. He had applied in time for a permit to travel there, and his application was accepted, but the occupation’s bureaucracy has its own rules.

In real Time, just before boarding the designated transport to Gaza, as his papers were being checked, something was missing.

Perhaps some paper, or a signature. What to do? – Wait, and wait some more.

Luckily for the doctor and the others, three ill patients and three accompaniers, this time the matter ended well and eventually the delay ended and the transport was allowed to proceed.

Further on, near the Qalandiya refugee camp, I met an old acquaintance who was waiting for someone and showed me a scar from a wound he had received several weeks ago by a rifle-butt blow inflicted by a soldier, when the young man couldn’t hold his tongue, seeing the soldier pushing a young Palestinian woman entering A-Ram and shouting to her: “Go away, slut!”

The young man did not know the young woman, and in spite of being aware that this might end very badly for him, he confronted the soldier with words, which made the soldier beat him in the ribs and inflict a bleeding wound on him.

As our talk continued about life under Israeli military occupation, he told me that at the age of 13 he had been in prison. Just then, as I was inquiring about the details, the person whom he had been waiting for appeared, so we concluded that next time we meet we’d continue, and the man disappeared inside the car waiting for him now.