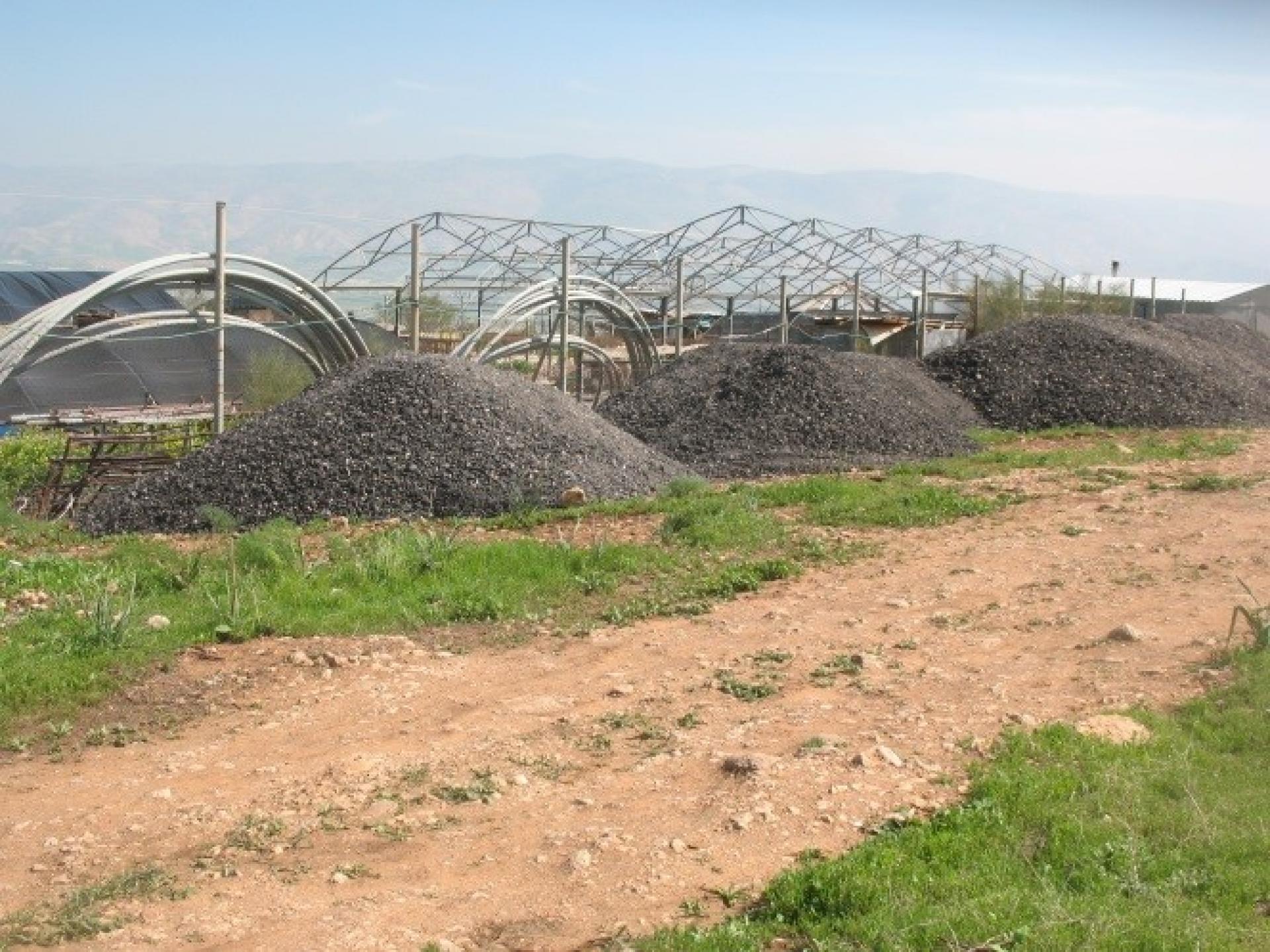 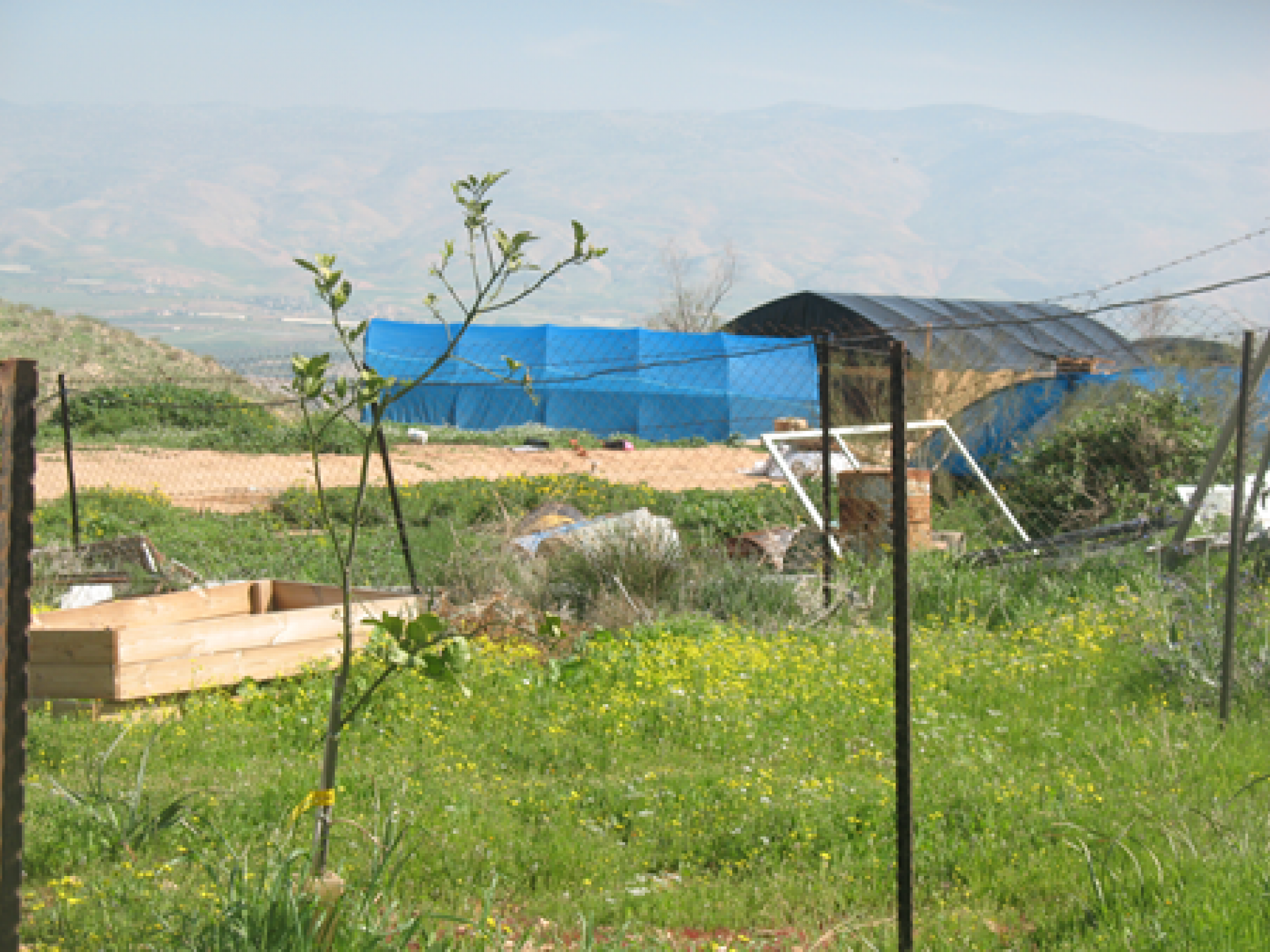 The scenery is green all around, colorful wildflowers  please the eye.

Clearly the loveliness is rather temporary, and the pressure of settler-colonist occupation disrupts normal life in the region.

Rotem settler-colony: what is new at the upper “outpost”, south of Rotem settler-colony? Outside the outpost south of the fence we saw piles of asphalt-road rubble as well as a large surface paved from that very rubble, as well as several wild tulips. This surface seems to be meant to enlarge the outpost or serve as a car park, or to be the foundation of some dwelling structure in addition to the ragged container that already stands there. (We saw such road rubble at two more sites on the Allon Road).

The road climbing to Tyassir and Tyassir Checkpoint: the military training areas are empty. At the foot of the checkpoint several soldiers were seen, apparently belonging to the religious battalion “Netzach Yehudah” (Eternal Judah).  There was also someone else there with them whom in hindsight we presumed was perhaps a Palestinian they had detained.  We continued to Al Aqaba village and did not turn back to verify. Although we should have, because on our way back we saw only two military vehicles leaving the spot, and perhaps one of them may have transported a detainee whose identity we could have perhaps looked into.

At Al Aqaba we met Guy of Taayush. He was accompanying a group of UN personnel. Village council chairman Haj Sami was busy with them so he was not available to talk to us.

Hamam Al Malih: we saw and met many children and women at the impressive playground that members of Combatants for Peace built there last week. They were curious about our activity. They read and understood our tags.

Allon Road: the army’s training areas are empty. Road works were seen at the entrance to settler-colony Maskiyot. The dyke is covered with greenery that seems a part of the natural scenery.

Hamra Checkpoint: the concrete blocs are whitewashed, with orange stripes. The shuffle-dozer  stands at its usual spot. A soldier is seen inside the watchtower.

We did not enter the hamlet of Khalat Makhoul.

At the Bezeq Checkpoint (14:30), before being allowed through, we were required to show our IDs. Perhaps because of our Machsomwatch tags, or because someone there was a novice.

Beside the two military pickup trucks at Tyassir Checkpoint, we saw no military forces anywhere.