The Qalandiya checkpoint is neither built nor equipped to accommodate the number of people who may pass through it on a standard morning on their way to work, to school, to a hospital, etc., so that the passage through it turns into a daily punishment

All five checking stations were open when we arrived at 5:45 a.m. but the turnstile at the end of one of the “cages” was broken, leaving only two of the cages for passage. Attempts were made to compensate by allowing more people than usual through the two operational turnstiles each time they were opened. 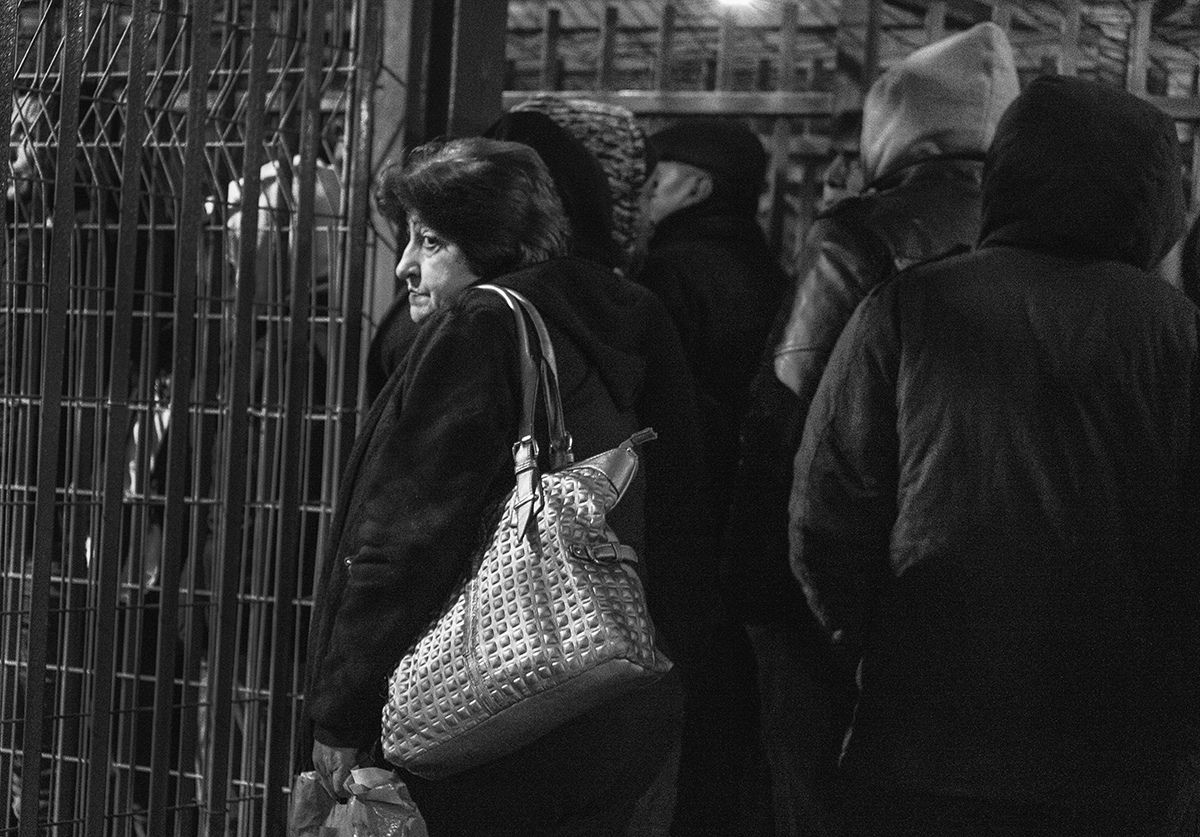 Nevertheless, because of people jumping the queue through the gap at the entrance to the left cage – a planning oversight that we have been reporting for months as inviting calamity – close to 6:00 a.m. the discipline of the two lines (reaching into the parking lot) collapsed, and the consequent mess reigned for the better part of an hour. Only toward 7:00 did the lines begin to form again. 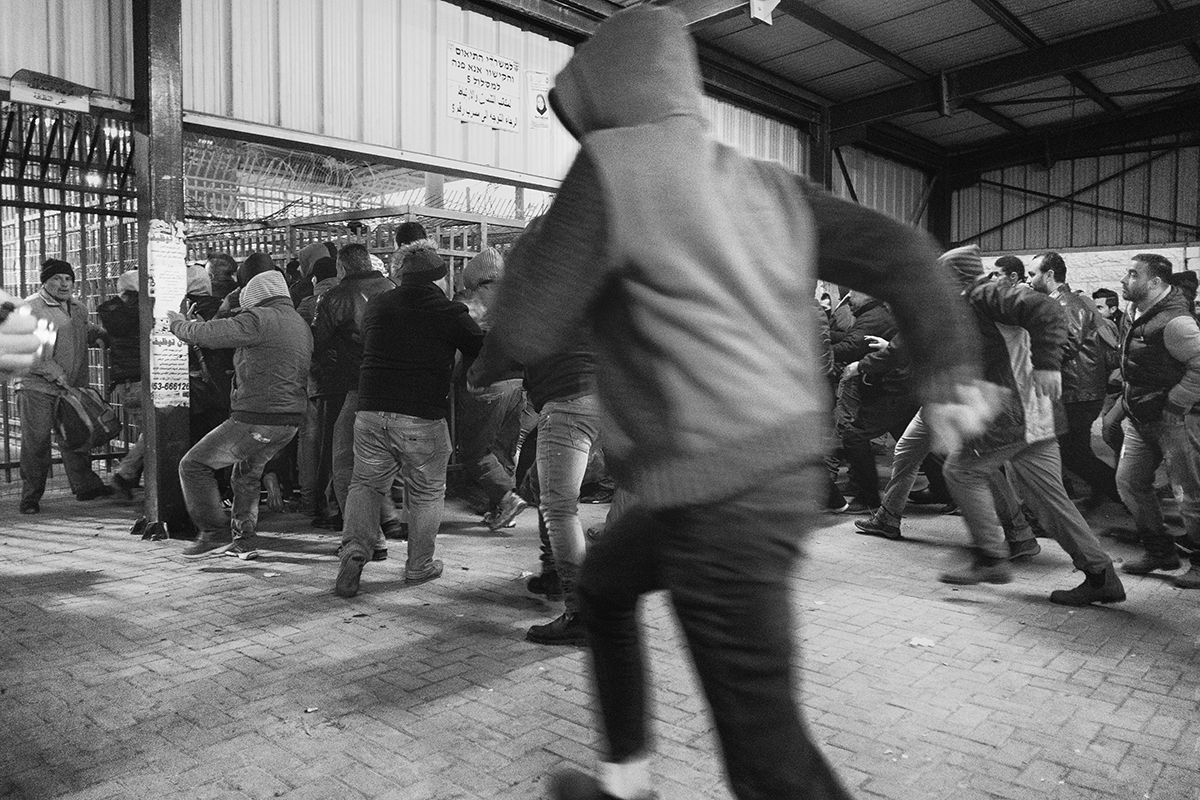 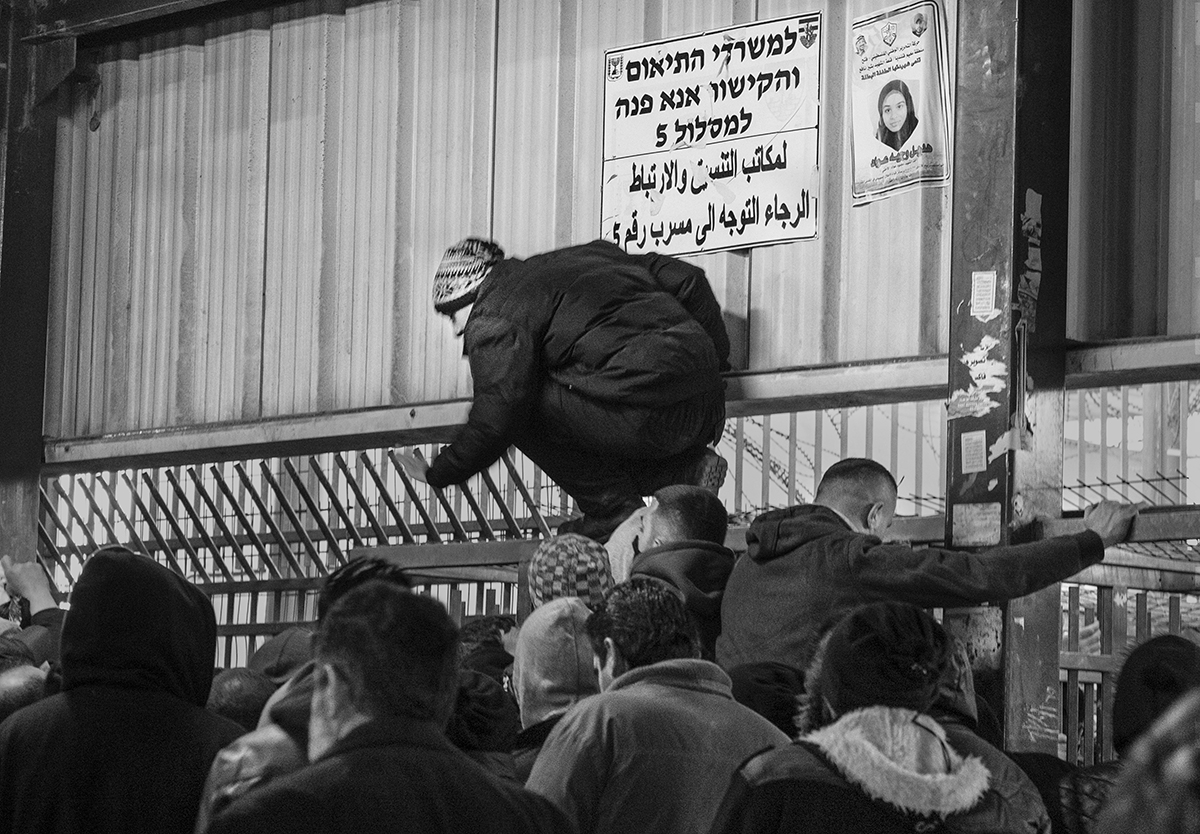 A family member of one of our guests was a political prisoner in a South American country. When we commented that because people here can’t take out their frustration on the system that causes it, they take it out on one another, he responded that the very same is also true in prisons – and that the checkpoint really resembles a prison both in its appearance and it’s atmosphere. Sad – and truly reflective of the occupation.

A DCO officer arrived at 6:10, opened the Humanitarian Gate, and operated it properly through the morning. He also took the trouble to inform us and our guests (at different opportunities) of the high tension in the area and warnings of possible terror actions. However, we decided to stay put through the end of the shift.

In addition, he explained that the problematic turnstile’s axis had been broken the previous day and would take at least another day to repair.

Later on, in a separate conversation with him, he told us of a plan to expand the pedestrian checkpoint from 5 to 10 checking stations. The building is scheduled to begin sometime in 2017, to continue for a year and a half, and to worsen the conditions at the checkpoint while it is in progress -- meaning things will get worse before they improve.

At 7:20 we joined one of the two lines that snaked it way out of the shed, and we exited the checkpoint 30 minutes later.