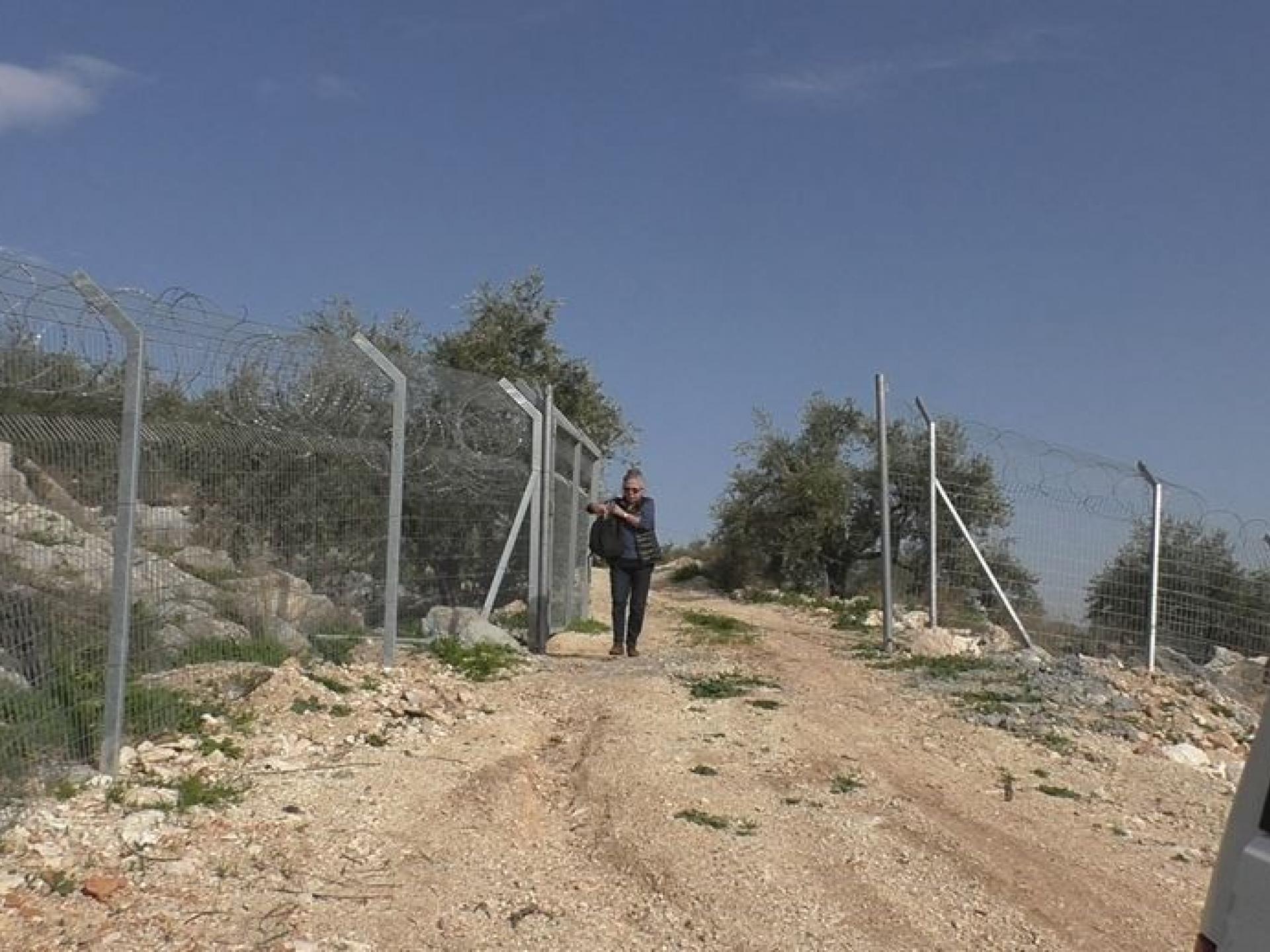 The checkpoint on way to Deir Sam’an 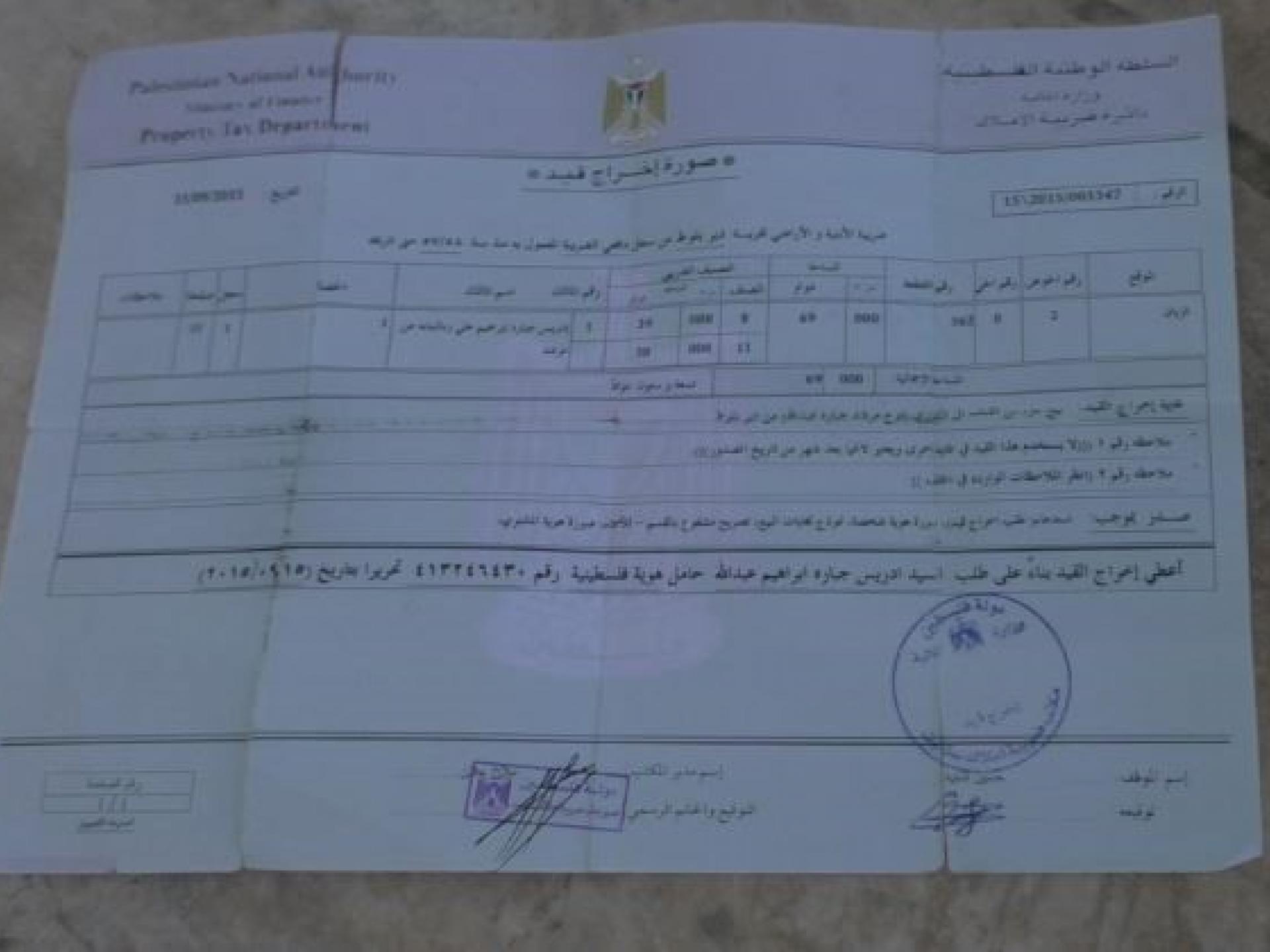 The legal document on land distribution 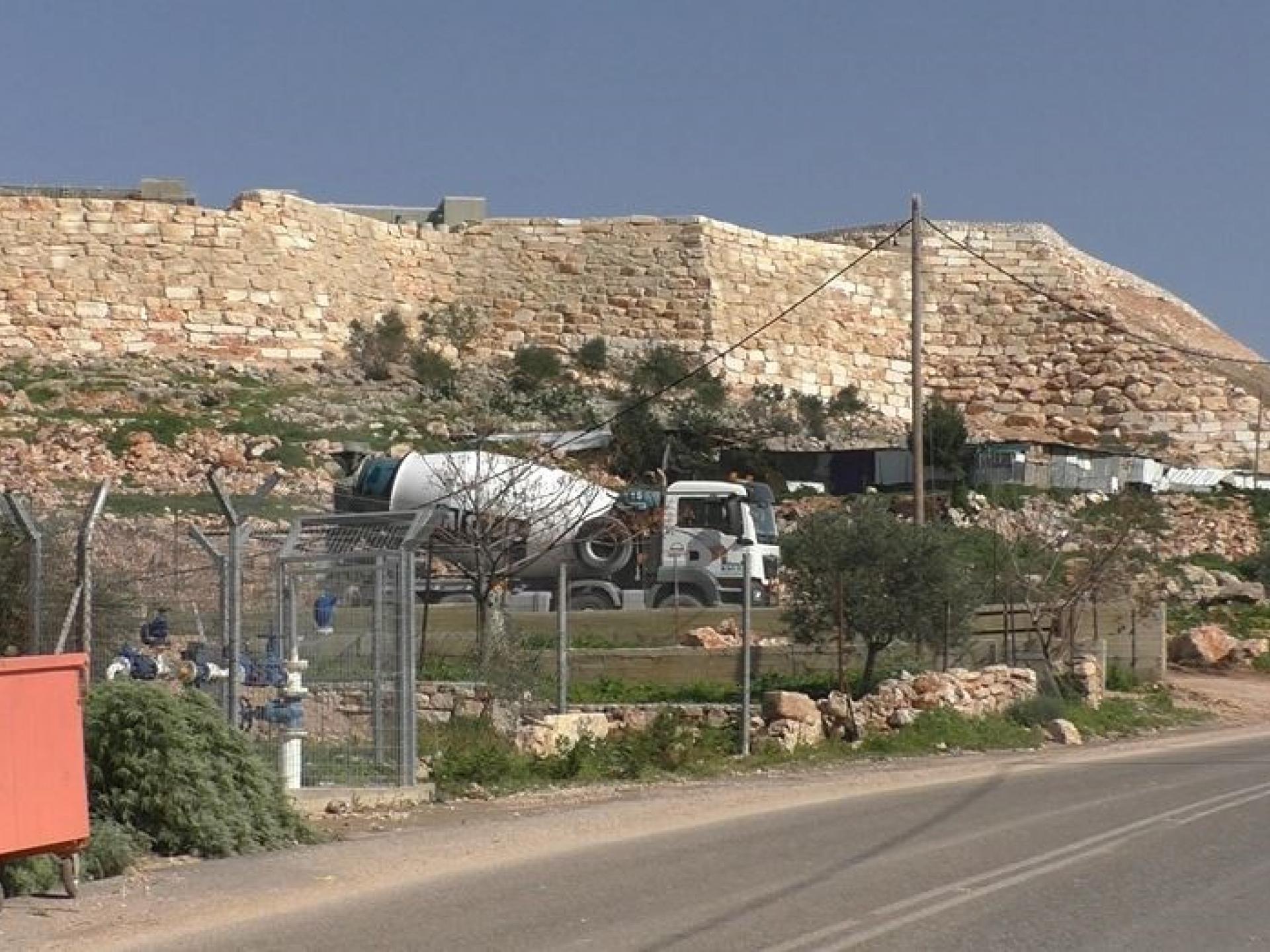 To understand why we visited Deir Balout again, please see our report of January 2018 here

As the above report describes, a large 62 dunam plot of land with olive trees was taken from Idris of Deir Balout. The family hired two Palestinian attorneys, but in July 2018 the two notified them all of a sudden that they were ceasing their action about this land, claiming that it is impossible to understand how the Leshem settler-colonists received the land.

G., Idris’ daughter, says that according to the attorneys the settler-colonists say they purchased this plot of land (on which Leshem was expanded) from a Jewish Israeli of Russian origin who bought the land from Palestinians and sold it to the settler-colonists. The latter claim they have official, not forged official documents, proving they purchased the land, indeed. Z., Idris’ son, spoke with us and seemed extremely upset and in a dire emotional state.

Z. lived for years in the US, and is very fluent in English, both speaking and writing. He returned to his village in Palestine, married and has one small child. He told us, very upset, that from 1994 until 2014 the land was not touched but the family was not able to tend to it. In 2014 someone (we don’t know who) forced his father Idris to divide his plot of land among all the inheriting sons and cousins. Z. shows us a paper verifying that Idris did divide his land.

Immediately following, the said cousin sold his part to settler-colonists. Since then he has been going around with a lot of money in his pockets and threatening all the other cousins. He threatens Z. to kill him and is “backed up by Israel” so nothing will be done to stop him.

All the family members who sat with us were very upset as Z. told us his story. We were sitting outdoors in the sun, and just then that cousin, T., passed by us over to his own house which is very close to Idris’, and stared at us.

Z. has American citizenship as well as being a Palestinian subject. He took our advice and went to the American Consulate in Ramallah for counseling. When they heard he was also a Palestinian subject, they claimed they could do nothing to help him. The family is broken up and shattered, for their whole livelihood depended on the land and the olive trees and vegetables they grew on that land.

We learned a lesson about the deception and seduction that settler-colonists use to tear families apart and grab land. We realized again how greedy they are for more and more Palestinian land, and all with the full backing of the Israeli army and its men.

We exited Deir Balour and passed by the huge Leshem settler-colony and the wall surrounding it, and noticed how much larger it has grown in the past year.

Through a gate inside Leshem we passed to the historical site Deir Sam’an that was inhabited in the Byzantine period and looks very impressive, but also very neglected. Archeological digs seem to have taken place there.