We went with A., who wanted to see the agricultural gates

and, in particular, meet Palestinians from the area, to stay in contact with them and collect first-hand information for an article she’s writing.

A brief visit with M. to try to help him host young tourists in his home.

After visiting our friend’s shop we returned to the entrance to ‘Azzun, to wait for A.

An Israeli taxi driver inquired what we were doing.  What’s here for you?  We replied we’d come to visit an acquaintance.  The driver became very angry.  If you love them so much, why don’t you move here?  I can arrange it…I served in the Golani unit, I fought them, he yells, and you’re their friends?

And what are you doing here, Mr. Driver?  I’m driving a lecturer to Bar Ilan University, he says. Such hatred.  Such racism.  Appalling.

12:50  Five soldiers arrive in a civilian car.  The gate opens on time.  The new crossing for people on foot is used only in the morning, when there’s congestion. 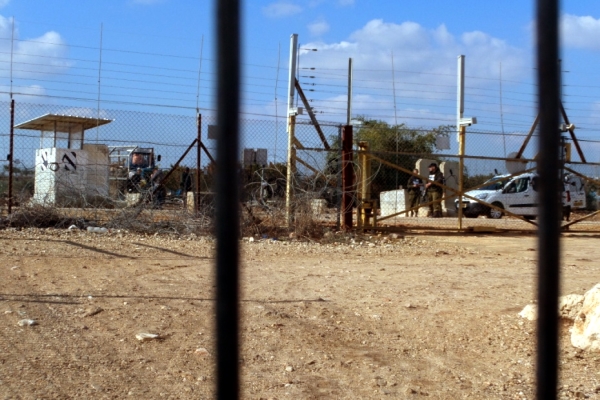 The route to Falamya South 935 is muddy and we continue to Kafr Jamal, to Z.’s shop. A. joins the conversation with Z. and his wife. They both tell her it’s usually pretty quiet there.  The only serious problem is that their lands were expropriated three times:

In 1948, Herzliya was established on their land, and then Kochav Ya’ir;

In 1967, land was taken for the Sal’it settlement;

And in 2000, the fence was built on their land, as well as the security road.

Before 1948, they exported the produce via the Jaffa port. Business flourished. Today, residents of Falamya have no land.  Many work in services. Most residents of Kafr Jamal work in construction and landscaping in Israel. They tell us that last week a man has died at the Eyal checkpoint because of the morning congestion.

We drive on to show A. the area.  We drive to the seasonal Jayyous checkpoint 965.

From there to Falamya south to show the agricultural development following the relocation of the fence. Greenhouses and packing sheds have been erected on the land.

We leave A., who’s gotten an impression of the area and, most important, has met Palestinians that she would stay in touch with to collect information for her article. 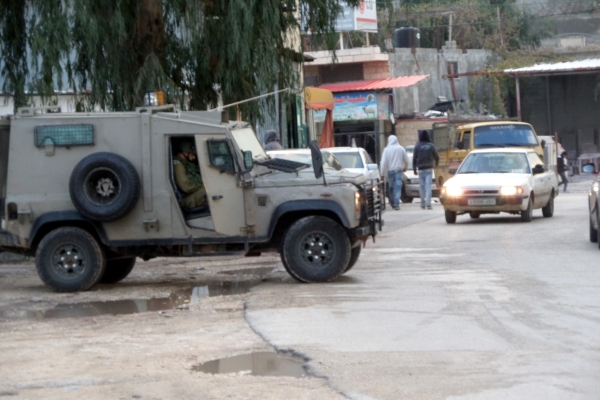