Deir Istiya - permits received from the district DCO are for only 3 days’ harvesting, though they really need 5 days to finish the work. | Machsomwatch
Skip to main content
Back to reports search page

Deir Istiya - permits received from the district DCO are for only 3 days’ harvesting, though they really need 5 days to finish the work. 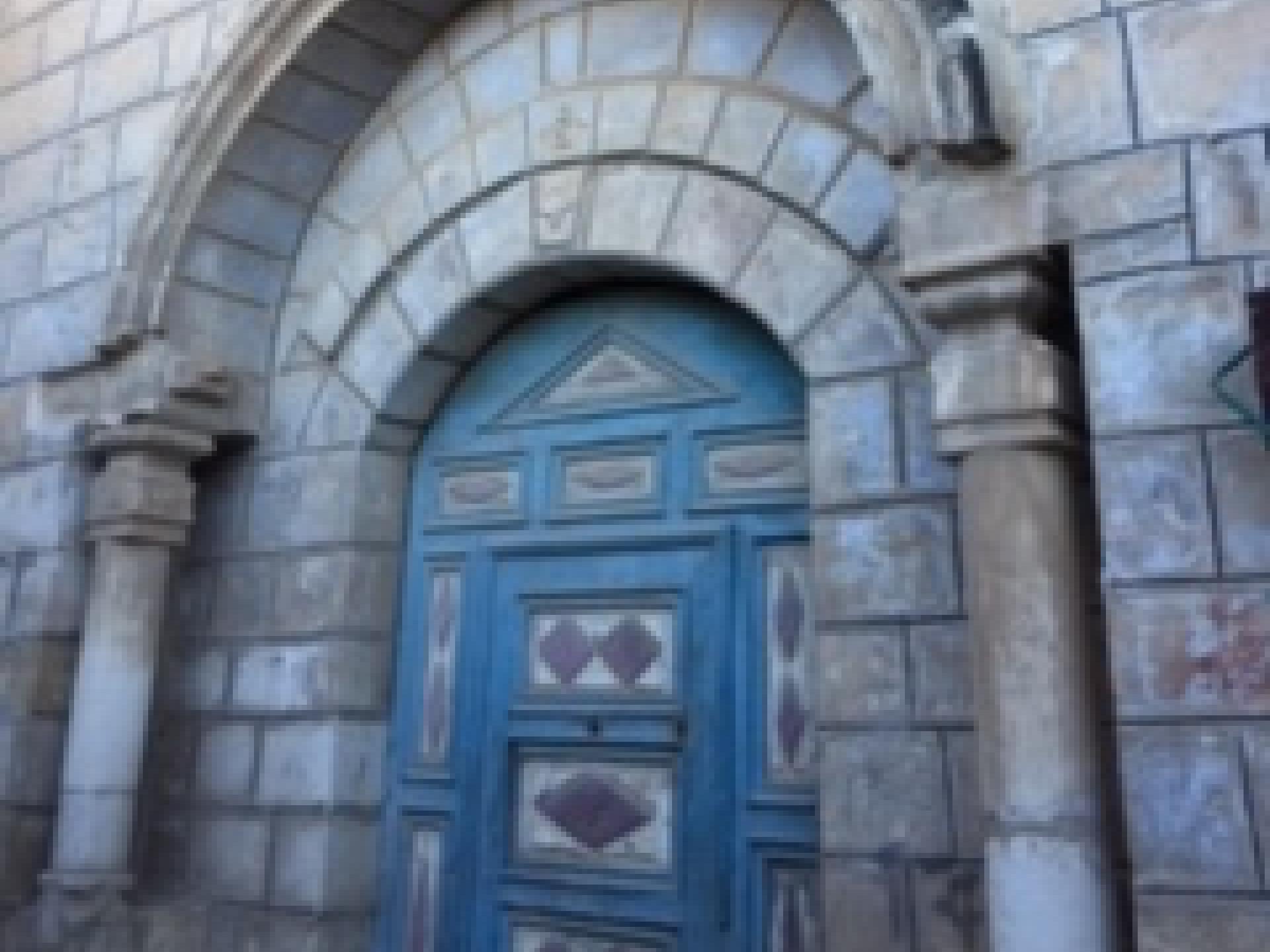 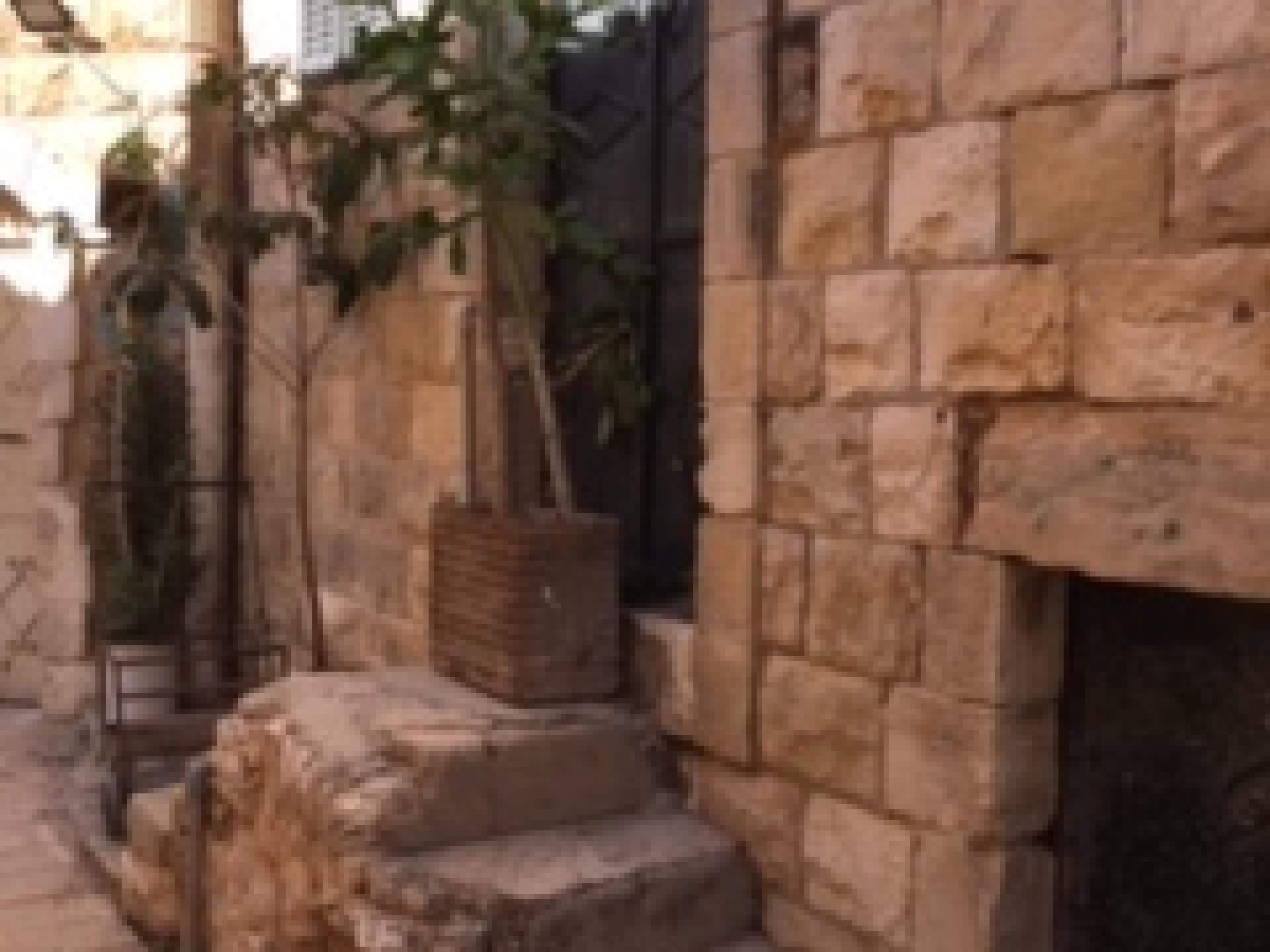 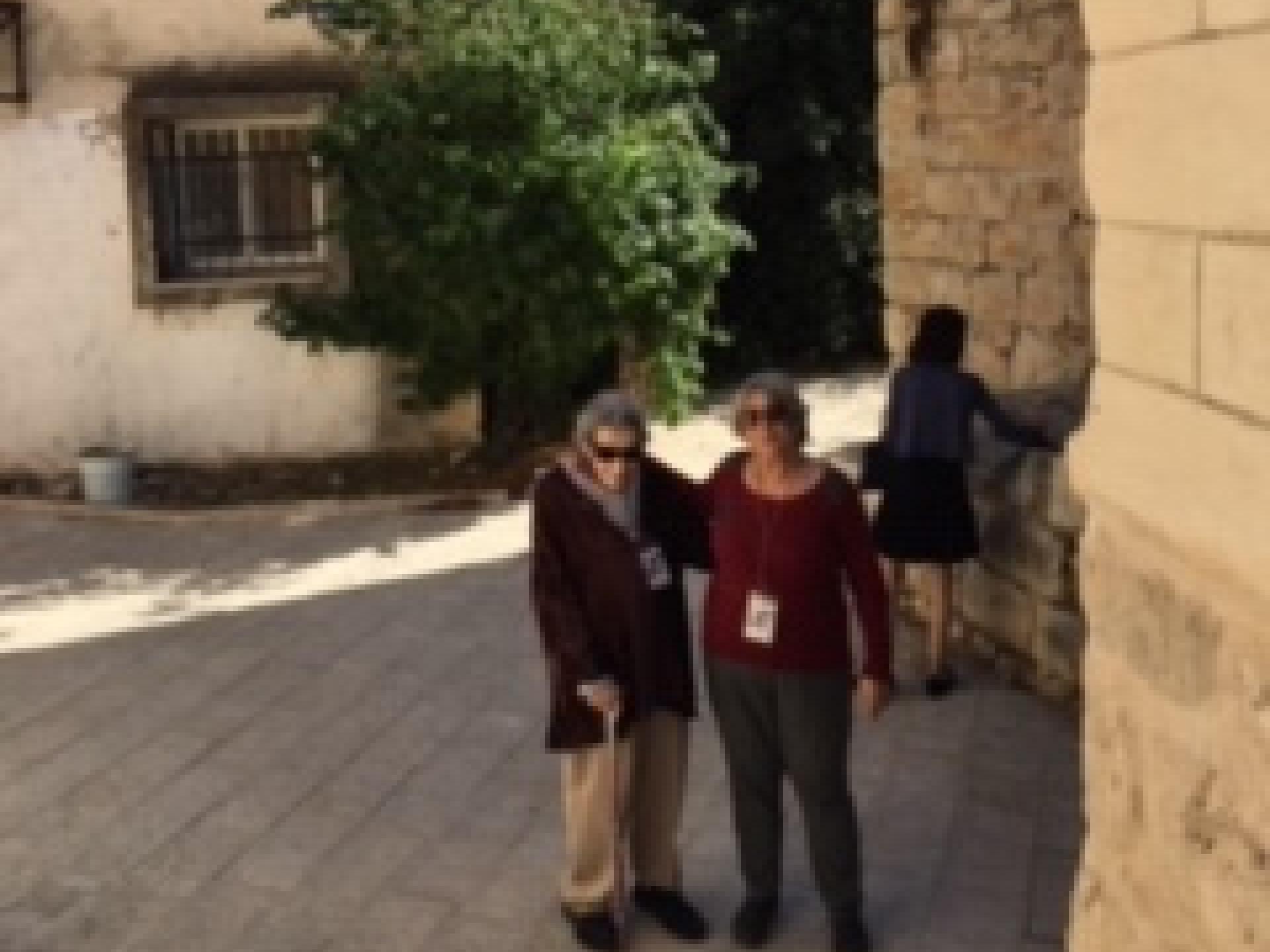 Rachel and Alia in Old Istiya 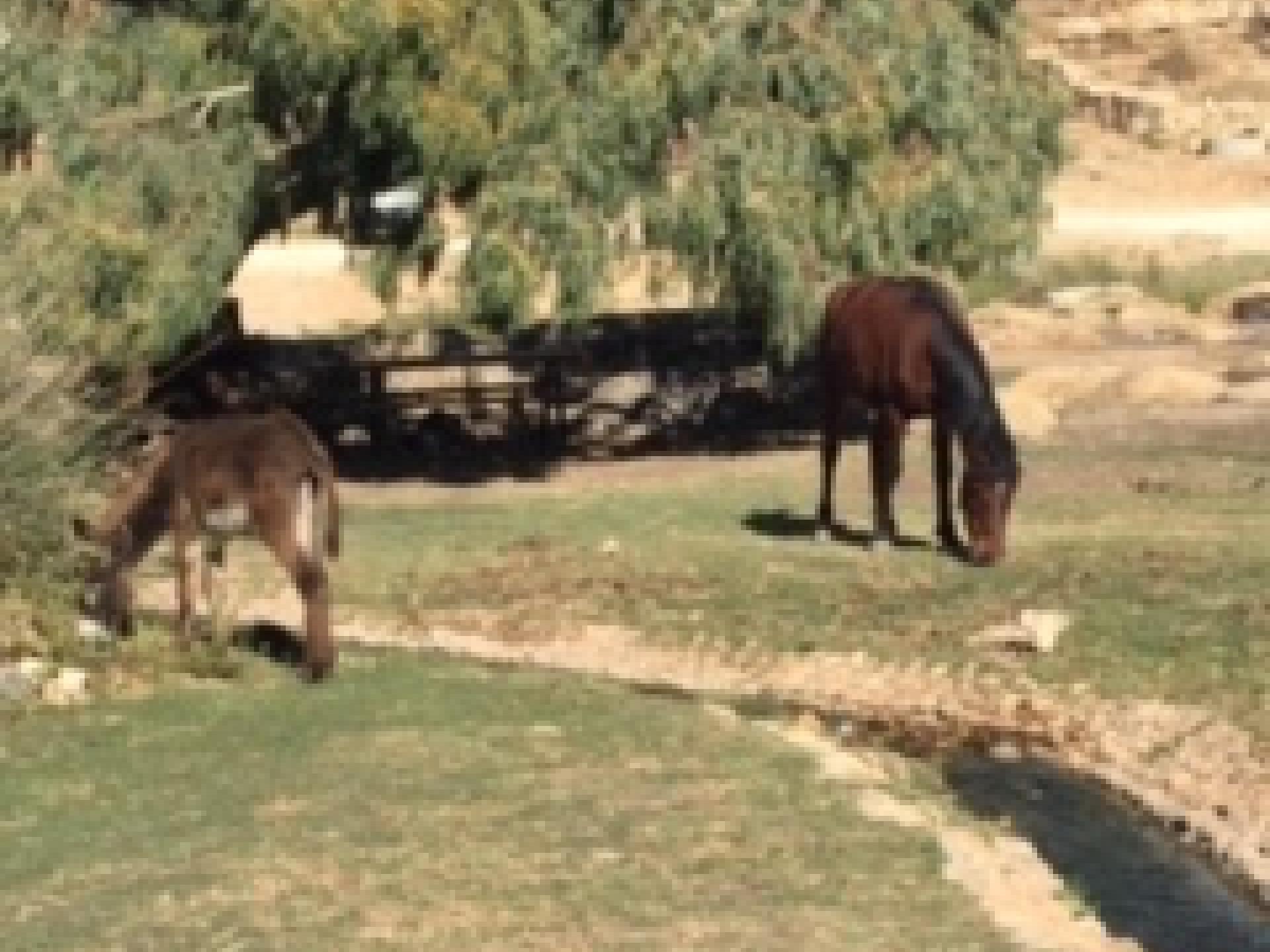 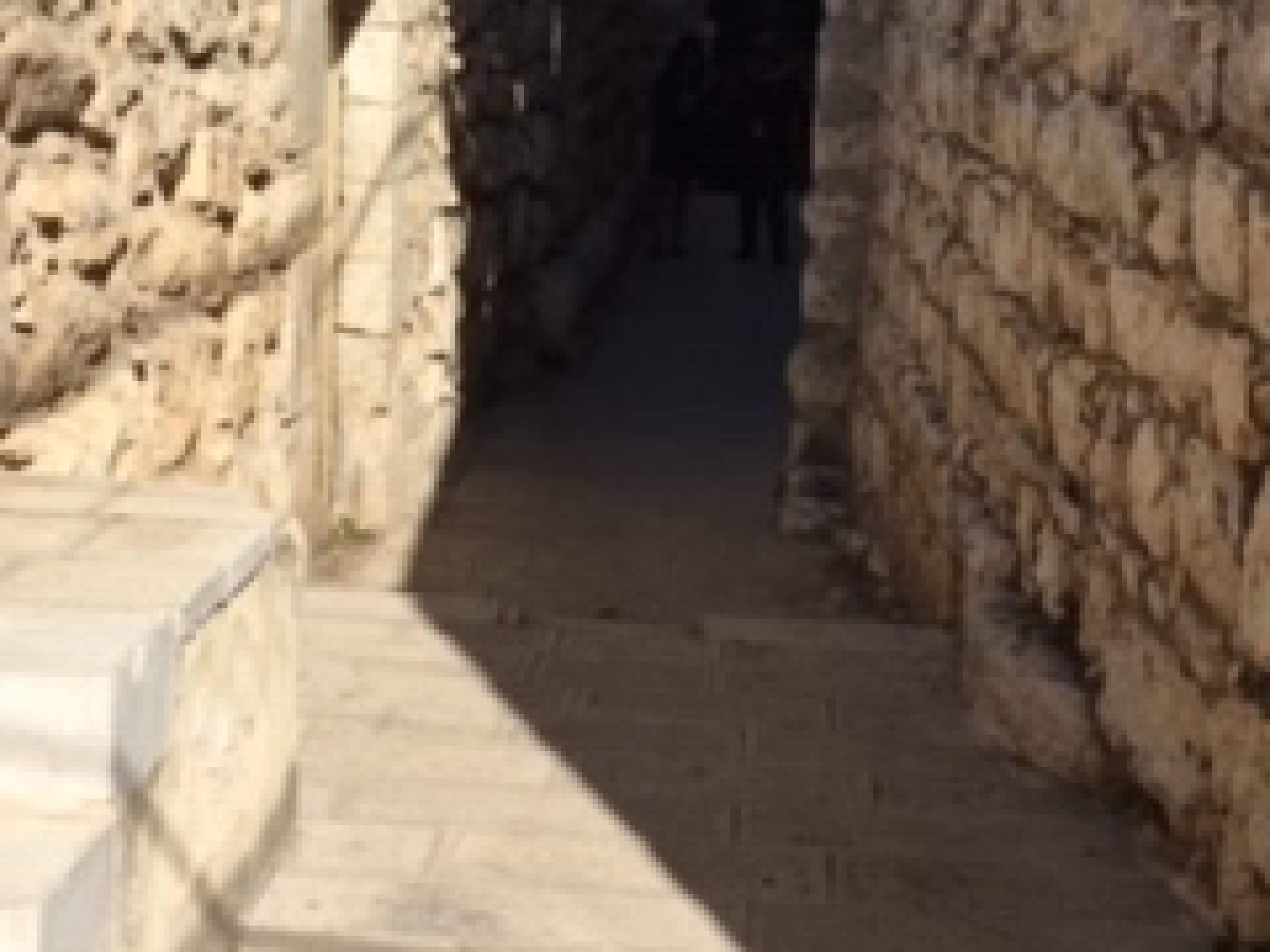 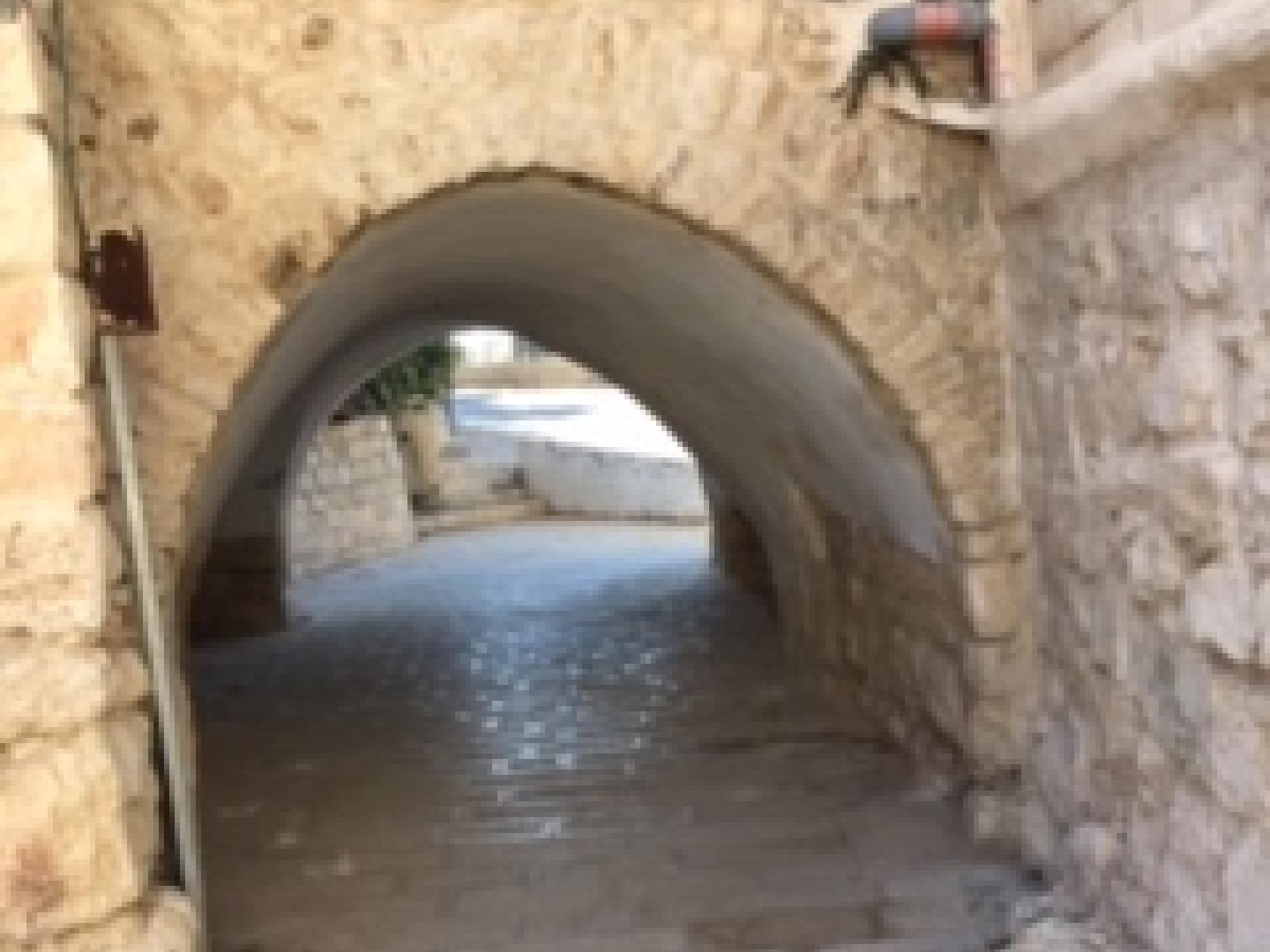 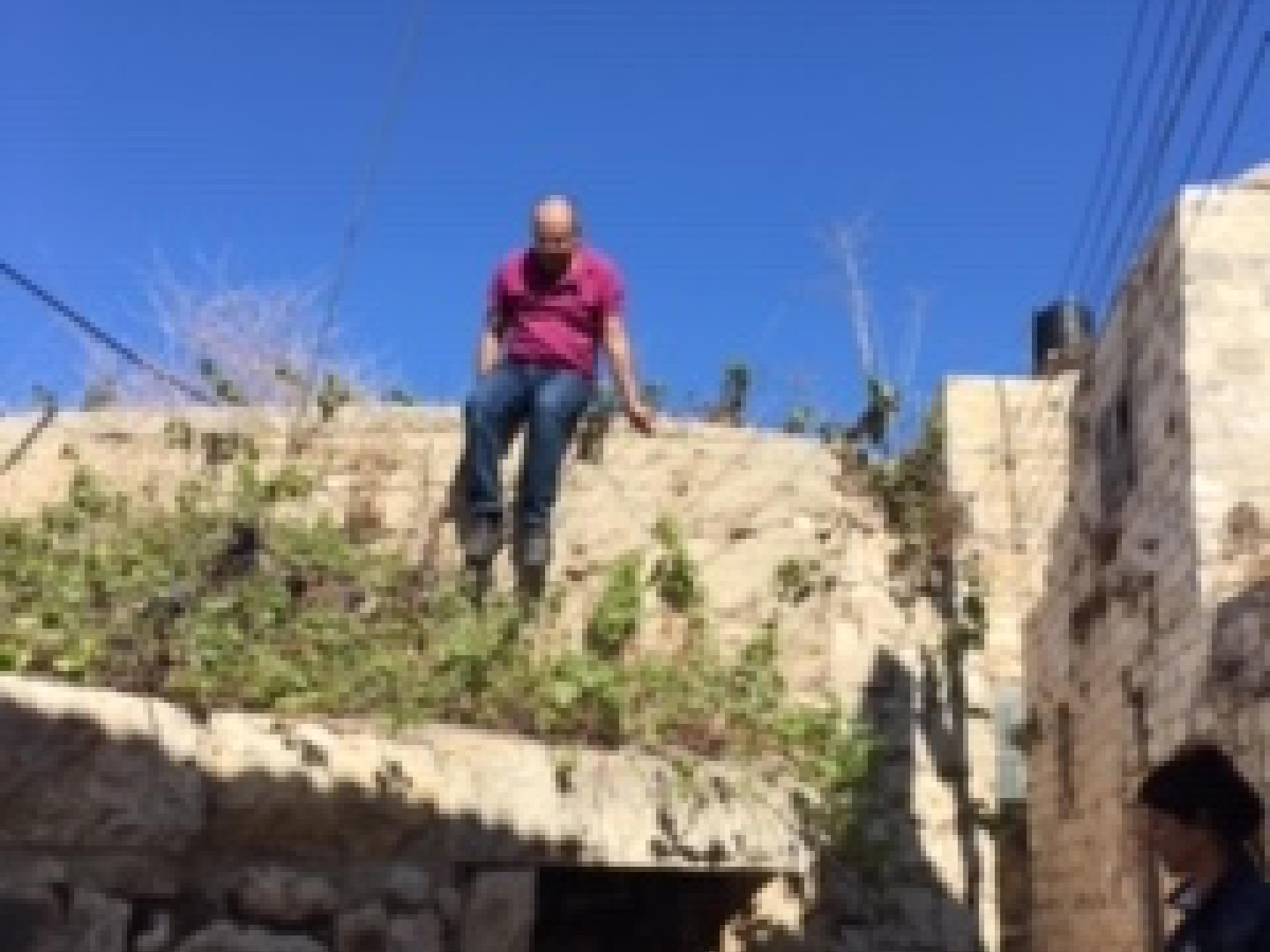 Deir Istiya: We spoke with S., the head of the village Council. It is a village with about 4,000 people in the Salfit governorate. Another  10,000 people, who consider themselves connected to Deir Istiya, live outside in Ramallah, Nablus, other cities in the country, and all over the world. Donations of several of these absent residents, have enabled them to add classrooms and do other improvements.  The village seems quite pleasant and orderly.

The Olive Harvest: This year there were fewer problems. But farmers who have plots near the settlement Revava were affected.  Especially those that are actually within Havat Yair settlement; very few of such farmers get permits to access their plots. The permits received from the district DCO are for only 3 days’ harvesting, though they really need 5 days to finish the work. Moreover, on the first two days, the soldiers didn’t arrive—wasting the farmers’ time. Later, they did give them their two days; but so far they did not answer farmers’ request for another 2 days to complete their work. Though people helped them, farmers weren’t able to pick all their olives.

The children couldn’t help as they were in school. But some tourists stayed 10 days in the village to help them; and so did Israeli volunteers on Saturdays. S. says he hired workers to help him. Luckily, during the rest of the year, there were no problems with the settlers.

Water: They receive their water from Mekorot, and S. says that now that the company fixed the pressure, there aren’t any problems. But the pipes carrying water to the village houses are quite old. The village hopes that those who live abroad will send funds so they can replace these pipes. Our host also said that in an hour someone from the Ministry was coming to talk with him about a plan for such a renewal.

Employment: The unemployment rate in the village is about 5%. Those who get permits to work in Israel are reasonably well off. Others work for the Palestinian Authority in banks and schools (50%, ARIJ 2013). Others still have found work in the Barkan Industrial Zone. A small number of men engage in agriculture in Wadi Qana (see below), and some families are helped by relatives living abroad. Of the women who work, about half are teachers; others work in the medical facilities as nurses and helpers.

Medical  Facilities: In the village clinic, there is a nurse every day, but the family doctor comes only 3 times a week. 3 dentists operate privately. For specialists, people have to go to Salfit or Nablus. There is a hospital in each of these cities, but the treatment is private and expensive. Workers in Israel and in Palestine get insurance respectively from Bituach Leumi (National insurance) and from the Palestinian counterpart. Those without insurance have to pay for specialists.

Education:  There are 4 schools: one elementary to high school for boys and one for girls; and a third elementary to high school, for both boys and girls. Within this school, at the high school level, there is a separate industrial high school. S. says that Deir Istiya has a different attitude towards girls taking industrial or professional studies. “They will be able to go on to University studies, but will also be able to work and support themselves,” Mustafa explains that this is to ensure that if they become widows or are divorced, women will be economically independent. The village does not lack classrooms. If anything, there are now too many. People working overseas have contributed money to upgrade the schools and build new classrooms. In fact, all the schools were built thanks to their donations. And there is a computer lab in every school.

Wadi Qana: Mustafa suggested we visit some interesting areas of the

village. First, we went to the old town, built during the Ottoman period. We walked through the narrow lanes and saw some interesting buildings, many of which were empty and in ruins.

Though signs announced that USAID funded the reconstruction of this historic area, they left it incomplete.

After walking through old Deir Istiya we drove through a bumpy road to a natural spring of water flowing from the rocks called Wadi Qana. It wa

sn’t easy to walk to the spring: we had to follow rocky paths and step over small rivulets. We helped each other over the mainstream in order to follow the path. Mustafa told us that all this beautiful area used to be full of water from the spring. The villagers would come here to take their water home. Farmers tended their fruit trees—lemon, fig, and others, and because it is far from the village, spent nights in their small houses. But now settlers on the hilltops surrounding this fertile area don’t allow farmers to spend the night, forcing them to travel daily on their donkeys the long distance on the poor road.  Moreover, they no longer have enough water for their fruit trees. As we drove away from Wadi Qana, we saw the large pipe installation of Mekorot that pumps out to the Israeli settlements all around it most of the village’s own water.