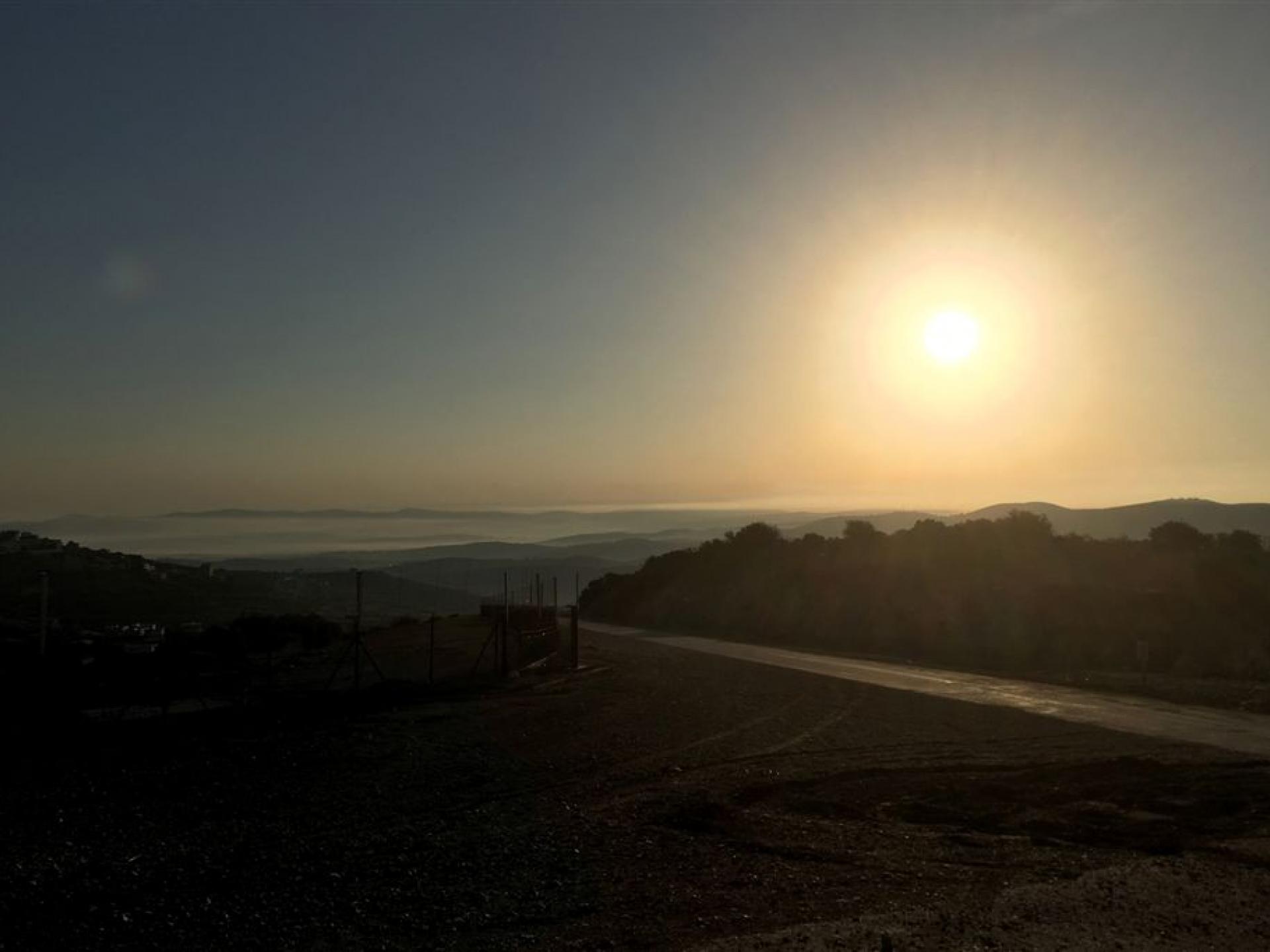 Groups of people were entering the terminal on the Palestinian side through four turnstiles. The crossing was going quickly, but since only one of the two doors of the terminal was open, was not as fast as it could have been. When we left at 06:35 we were asked, “Where are you coming from? Oh, MachsomWatch?  We need to check your car.”

We came to see whether this checkpoint was open since people had not crossed there for several days. The front gate was open, but the checkpoint was empty. We approached the middle gate and heard people’s voices. We held a discussion with them by shouting across but did not see them. We heard that there were about 40 people waiting and they were asking why the checkpoint was not opening.

When we called the Liaison and Coordination Office we were told that since the olive harvest was over the checkpoint would now be open only two days a week – on Mondays and Wednesdays. Of course, this information had not been relayed to the Palestinians.

When we returned to our car, a military vehicle sped by, screeched to a halt, and soldiers got out and informed us that it was forbidden for us to be there. They threatened to call the police. We pointed out that there was no sign stating that entry was forbidden and that the gate was wide open. The officer, who was extremely agitated, said that tomorrow, Wednesday, the checkpoint would be closed and no, he had not heard that the checkpoint was supposed to be open twice a week.

We drove to Tura – Shaked Checkpoint in northern Samaria and were alone on the road.

Airbnb announced that they were removing all lodgings in Judea and Samaria from their website.

Several cars crossed the checkpoint. Since today was the birthday of the Prophet Mohammed, school was out and no children arrived. Suddenly, the soldiers closed the checkpoint at 07:30. Why? Because there was no electricity. We wondered whether the checkpoint was connected to the Israeli or the Palestinian electric company, and left to have coffee in Um Reihan.