The son of A says: They nearly killed me yesterday.

We went knowing that there had been a serious incident this to Hebron. We decided not to go into the town. M. prefers not to meet the army on such a day. Everything looks quiet and routine.

Even the entrance to El Fawwar and Dura is open with no army presence.

At the entrance to El Fawwar we met a man who gave us money to give to Ronit Dahan-Ramati who will deal with the problem of his security clearance.

Reports of the partial enclosure of Bani Naim because the murderer of Halel Ariel left from there.

Truly army vehicles and soldiers block the way to the village. 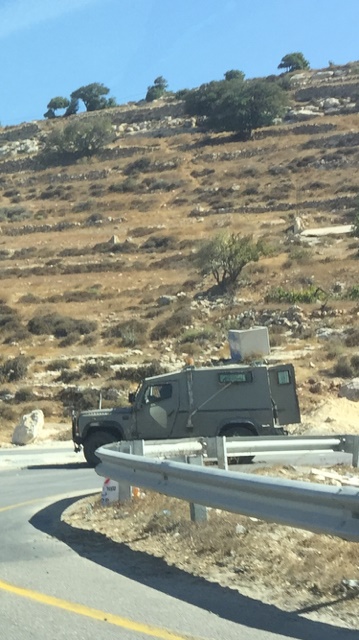 We  went to Halhul on behalf of Sylvia where a man gave us documents to have his son’s belonging released from prison. When people are released from prison they are sent off without their documents, telephone, money and are left  somehow to fend for themselves. We went to pick it up for them.

Beit  Anun at the entrance to Hebron is blocked. 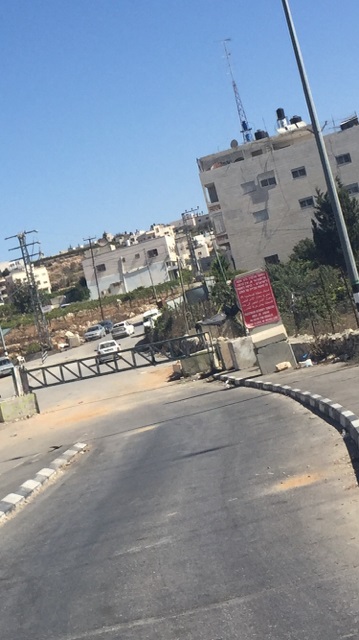 On the way we passed the entrance to Kiryat Arab –Hebron and we saw that it was good that we had not tried to enter. Soldiers guard the hiking post with drawn guns. The entire circle at the entrance to the city n front of the checkpoint is full of soldiers and the emergency squad of Kiiryat Arba with drawn weapons and looking at us with looks  so full of terror. So though I thought to photograph we drove into the filling station and immediately went out again. I realized it was better not to photograph. The tension was so great that it seems that the incident took place there.

Then M. our driver told me that the previous day he had spoken to his son A. who lives close to the “Path of the Worshippers”. This is a road built only for the settlers which leads from Kiryat Arba to the  Cave of the Patriarchs and Palestinians are not allowed on this road.  They have to take another narrow, unpaved and difficult path which is right next to the paved area).

The man, a young carpenter, was walking with his toolbox to the carpentry shop which is not far from the House of Contention. For those who do not know what this is, here is a link https://en.wikipedia.org/wiki/Beit_HaShalom

Because a few settlers families are  living in the house (which is a fortification of the army)there is a checkpoint which does not allow free movement of the families of the area. When the young man came up the soldier demanded that he strip almost completely and checked his toolbox. It happened  that there was a Japanese  knife amongst other things.  “A knife. You are detained” said  the soldier and phoned his commander . The commander came at a run shouting at the soldier, “Why did you not shoot. What did you not killed him immediately.” They decided to detain him . The man tried to explain to them as  to where he had been headed and that it was only to work  and suggested to them that they could come to see the carpentry shop.    “DEEEETTTATAINNNED”. A. was called to the place and fainted when he arrived there. When he recovered he tried to explain to the soldiers the good intentions of his son . He was in a state of shock thinking that in another moment they would have shot him. He again fainted. They were kept for four hours at the checkpoint. In the end the soldiers realized that they had made a mountain out of a molehill and released them. “You realize that they nearly killed me”  He told M.

Who knows how many times, behind the laconic announcement on the radio, that the terrorist had been “neutralized” the true story  was that  in his toolbox there had been a knife.

Maybe after the affair of Elor Azariah our moral army does not want to be bothered with moral ethics at all.

On the way back the soldiers were still standing with their vehicles blocking the entrance to Bani Naim. 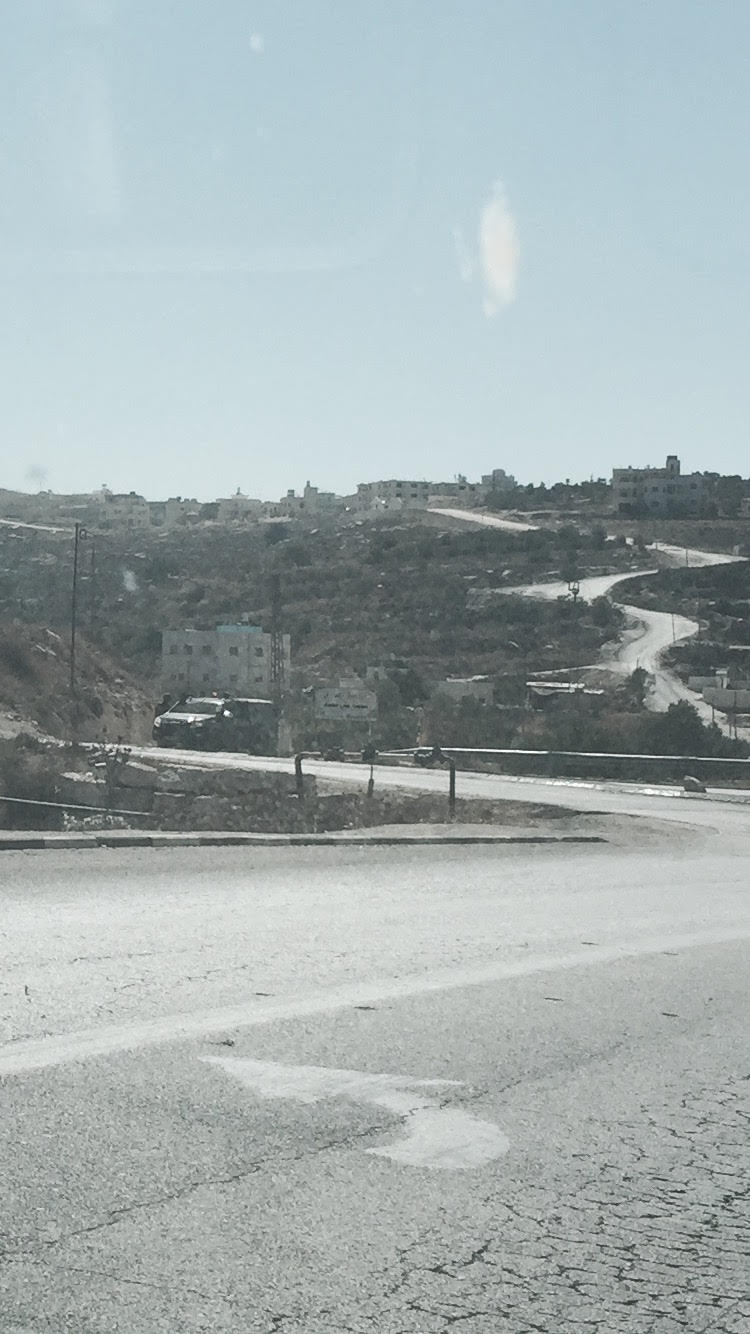 We returned through road 317 as we had to collect more documents so as to retrieve belongings of a  young man who was released from the Ofer prison and who really needs his ID.